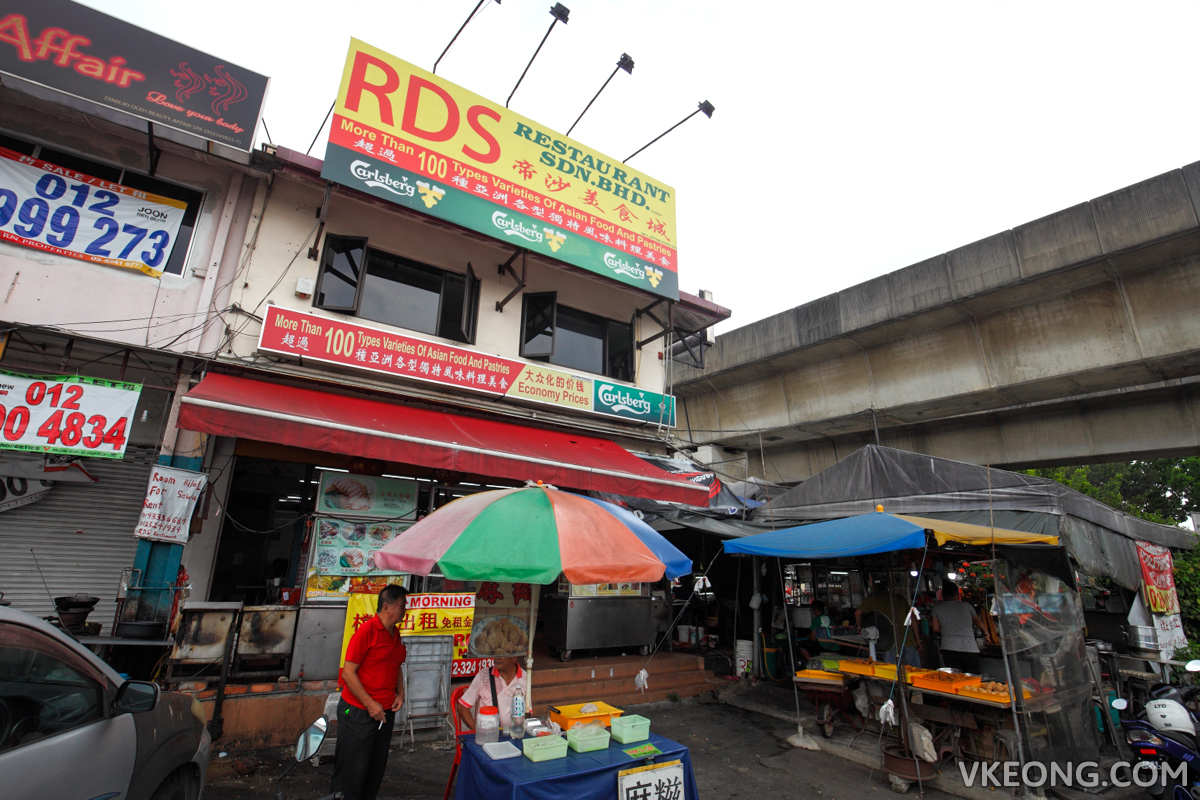 Thanks to a reader’s comment, I found out that the Sarawak Kolo Mee at Jalan Ipoh which I used to rave about has relocated to Wangsa Maju. It is now operating at Restoran RDS and the owner still retains most of his original offerings, but tomyam noodle seems to have been removed. 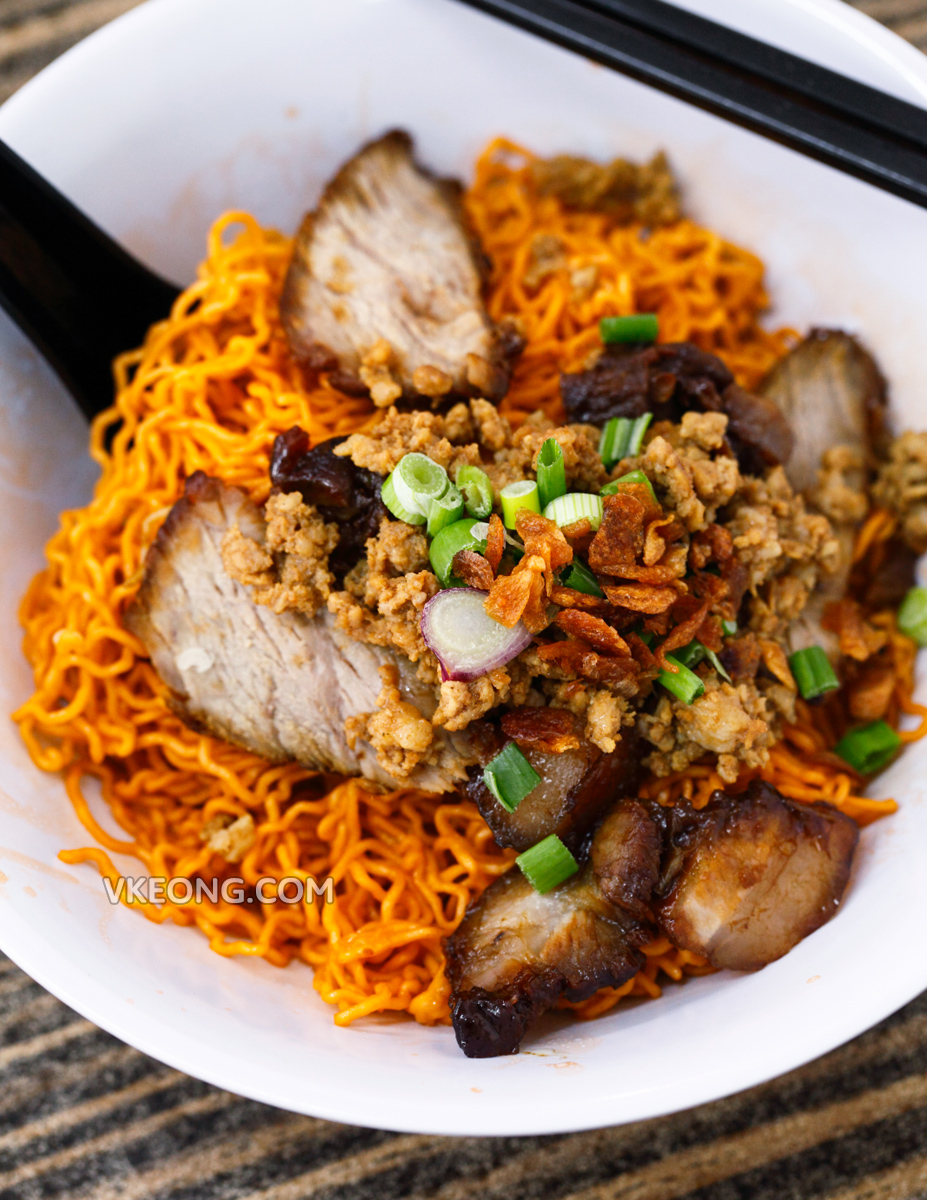 While the Kolo Mee looked promising, sad to say, it did not taste as good as I remembered because it was kind of bland. My gut feeling tells me that his staff is not very good at preparing the noodles.
So… maybe it’s a better idea to order the Kolo Mee only when the owner is around? If any consolation, the char siew has improved in terms of both appearance and taste. 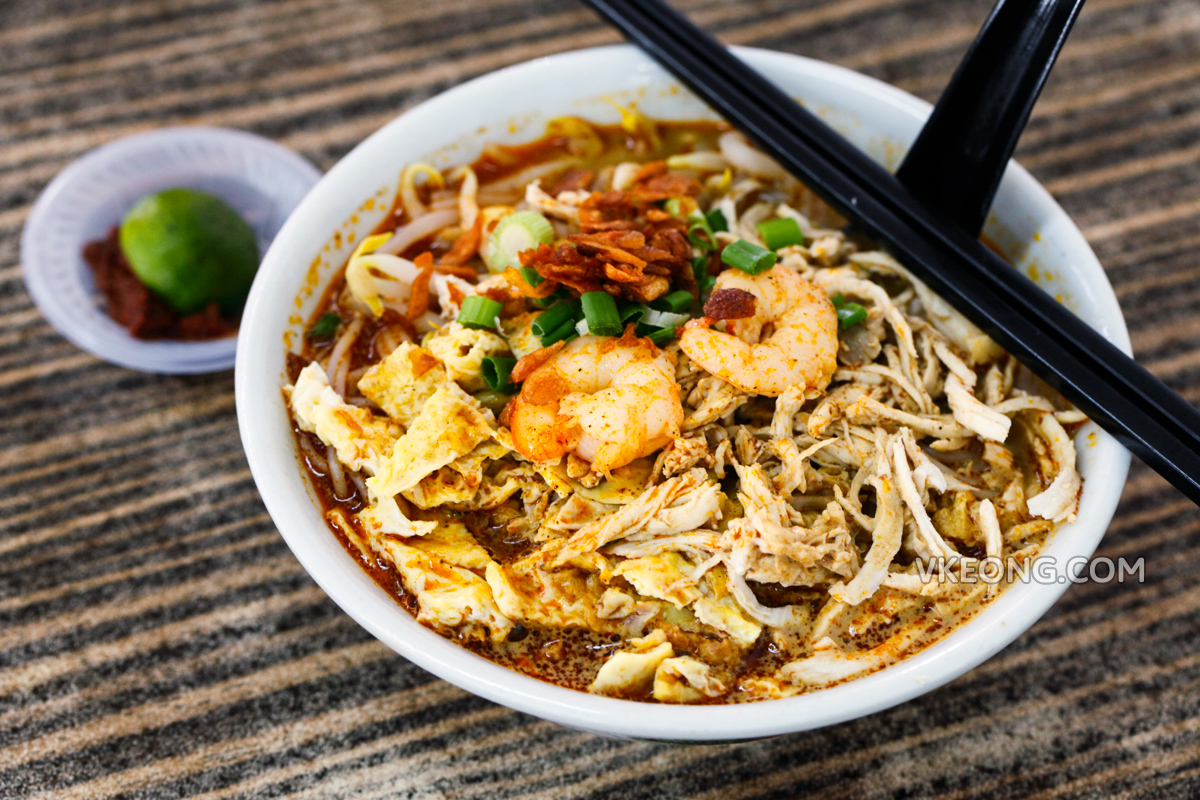 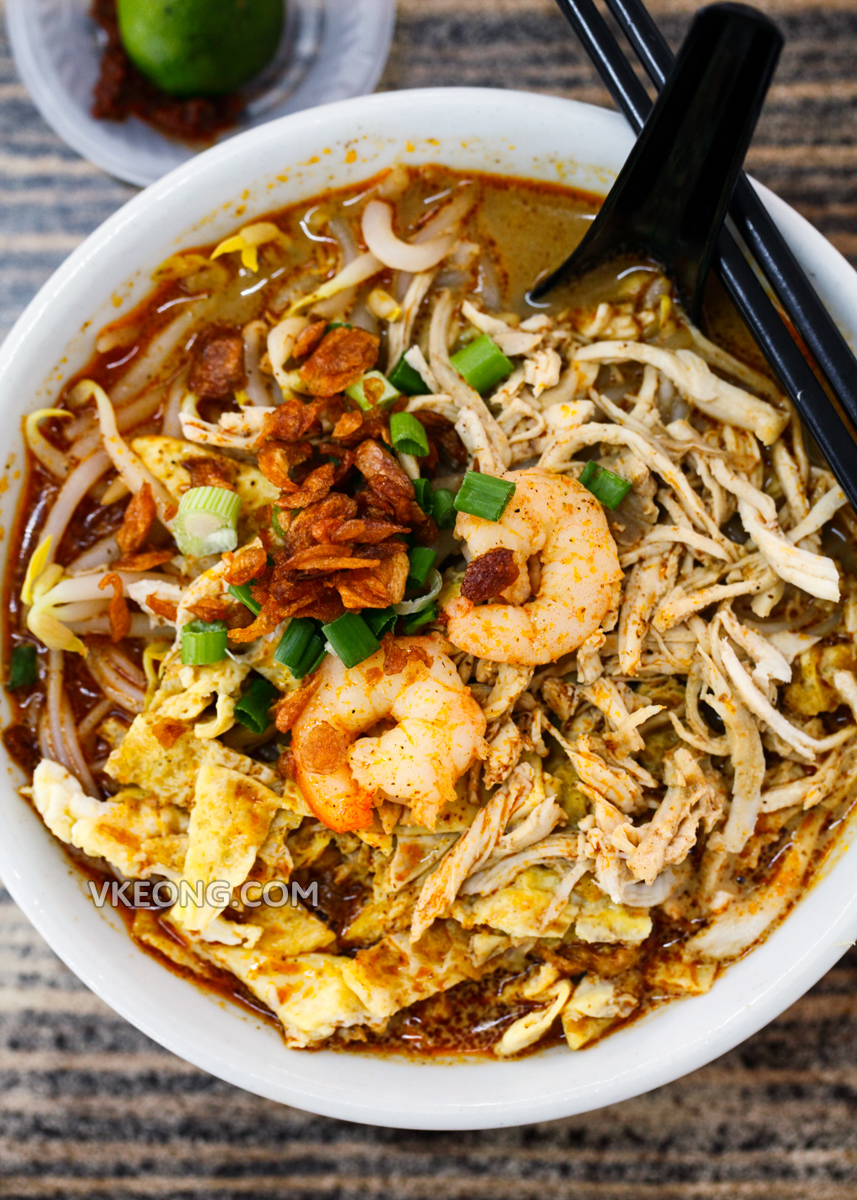 This time we managed to try his Sarawak Laksa and it turned out great. The broth was robust, had a good depth of flavor and full of spices just the way it should be.
It was a good thing we ordered it, as our initial disappointment towards the Kolo Mee was mitigated by this delicious bowl of Sarawak Laksa. 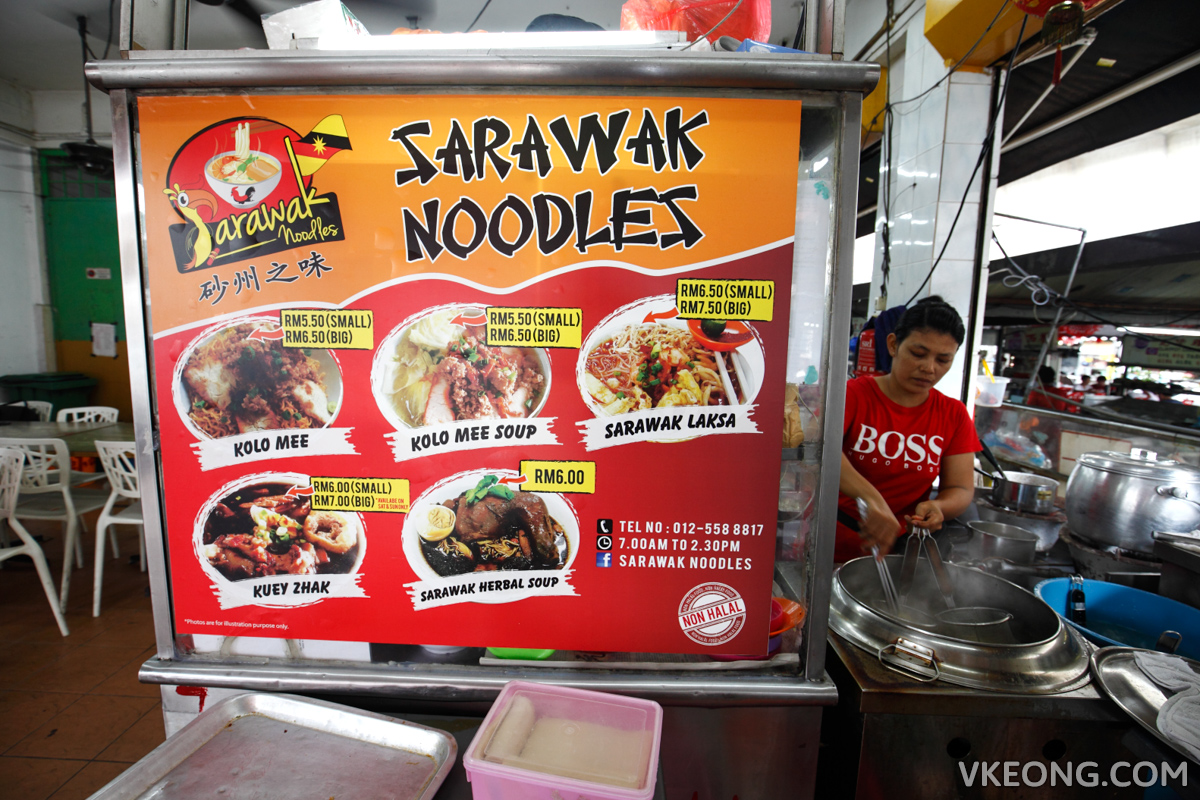