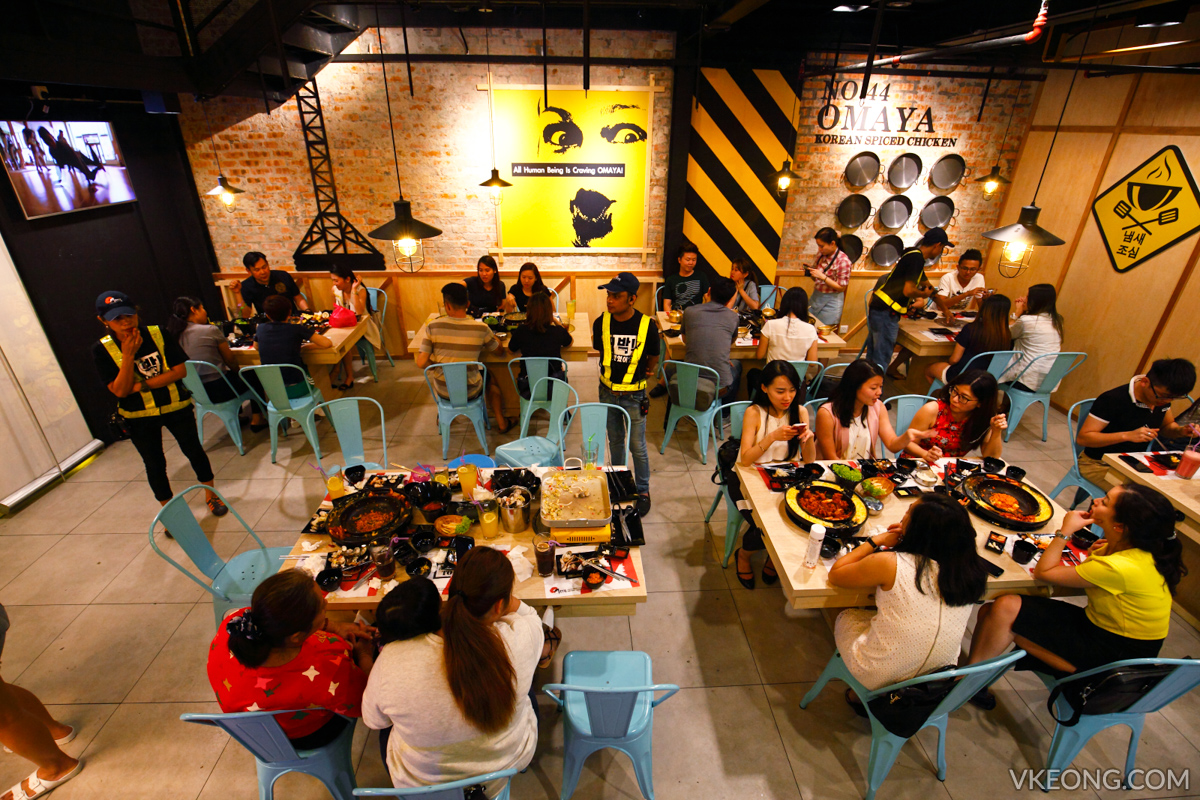 Thanks to Omaya‘s strong social media presence, this workshop themed restaurant is without a doubt one of the hottest Korean eateries in KL now.
When we dropped by their branch at Solaris Mont Kiara recently, it was full house (even on a weekday) and customers were pouring in the entire time we were there.

Omaya’s signature dishes are Korean Spiced Chicken, Chun Cheon Dak Galbi and army stew. But cheese is probably Omaya’s main selling point, as most of their food is accompanied by a generous serving of it. If you are a cheese lover you really should check out Omaya one day. 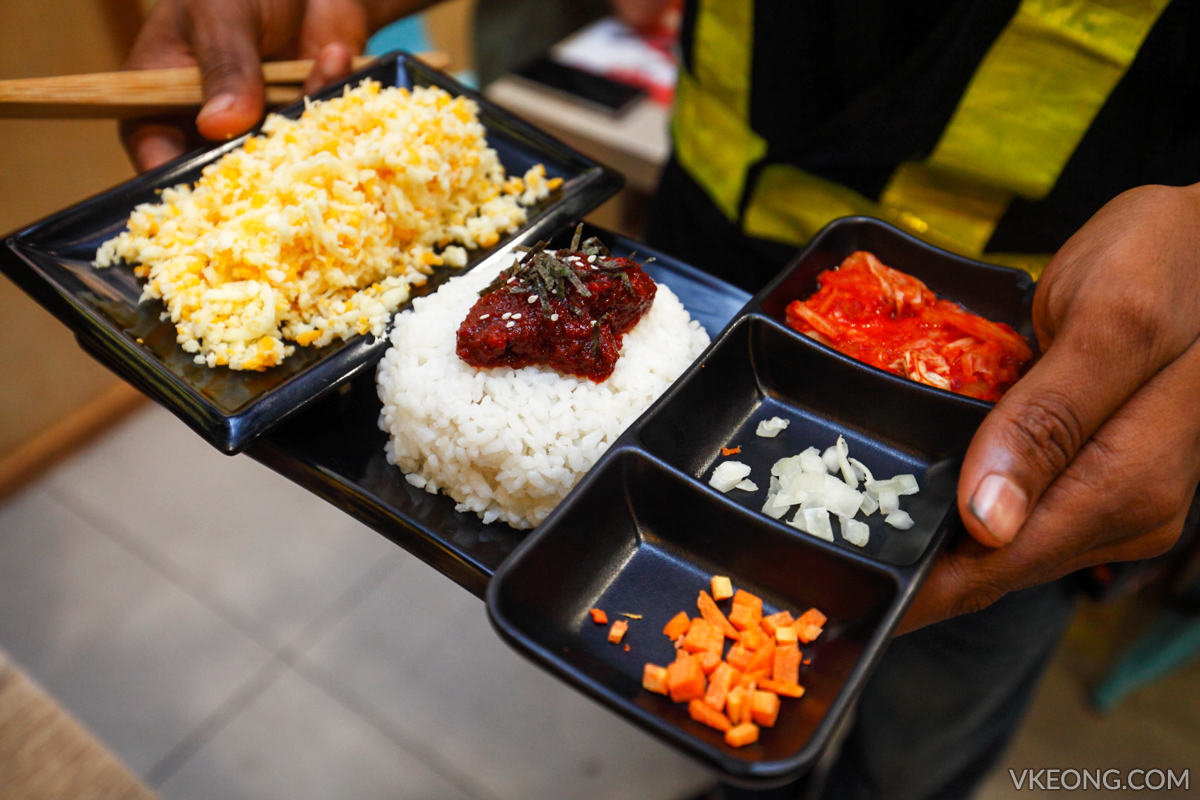 Omaya’s version of army stew is known as Shimson Stew @ RM84. The difference? There’s cheese spicy stir fried chicken Toppokki and melted cheese for dipping.
One interesting thing I noticed is that a timer is used to limit the cooking time as not to overcook the noodle or burn the cheese. 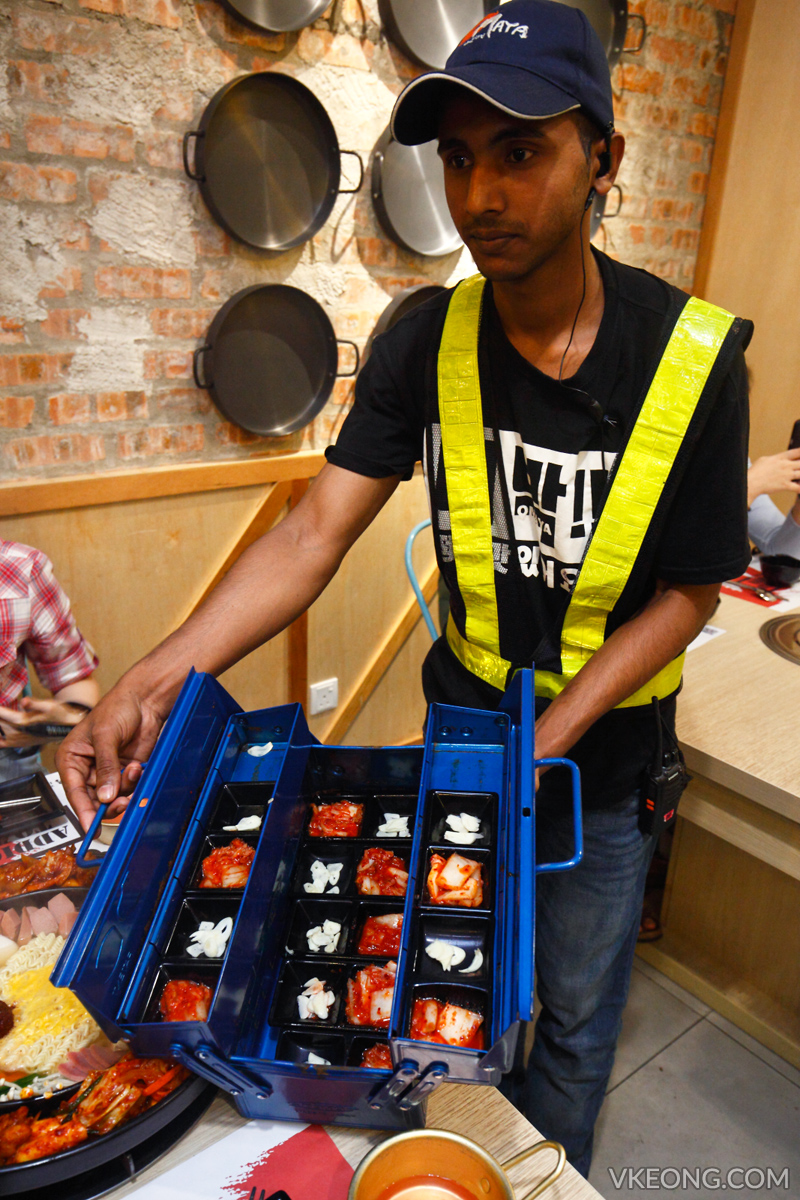 The Shimson Stew also comes with complimentary Kimchi and lettuce, served in a tool box.

When it’s ready to eat, both the noodle and cheese have achieved the desired texture and doneness. The stir fried chicken is mainly sweet with a mild spiciness and pairs really well with cheese. 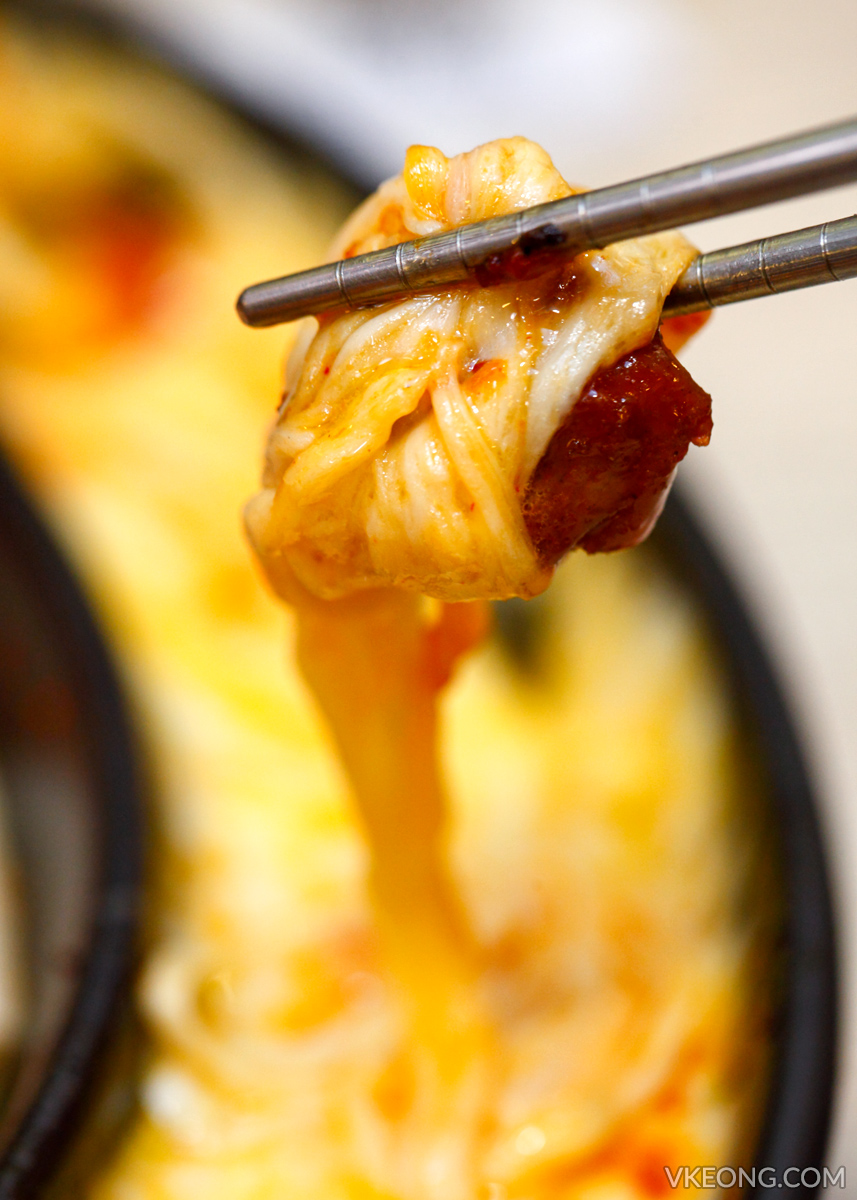 The Toppokki was nice and not overly chewy, it’s one of the better ones I have tasted so far. As for the stew, it’s quite light but still flavorful enough to enjoy. Not a single drop of the soup was left when we were done.

When you are done with the stew, the same pan is used to fry rice – with cheese as well. 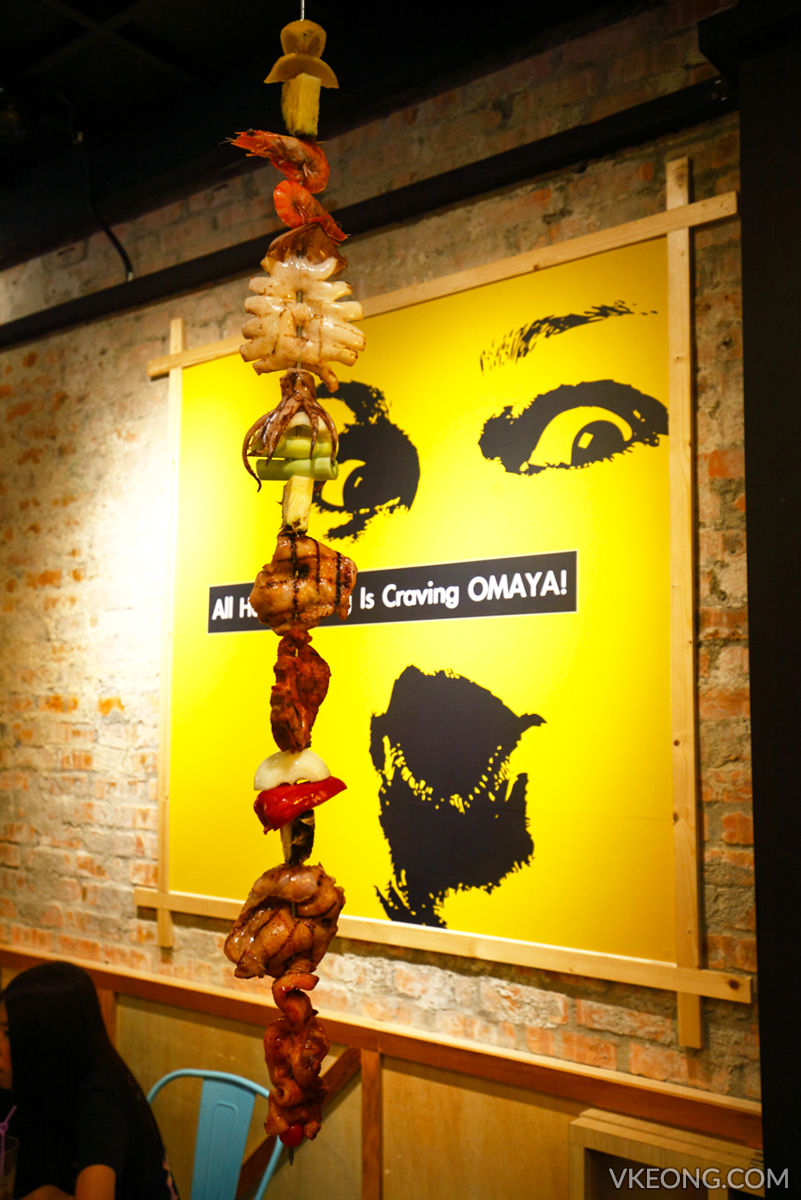 Outrageous or genius? Omaya’s Korean BBQ Skewer @ RM138 holds some sort of world record for being 120cm long. Regardless, it makes for good table conversation.
The skewer is fixed with various pork cuts, chicken thigh, deep sea squid, prawn and slices of pineapple, bell pepper and onion. If you have a large party, the skewer can be added with extra premium pork shoulder, pork belly and seafood between RM19 and RM29. 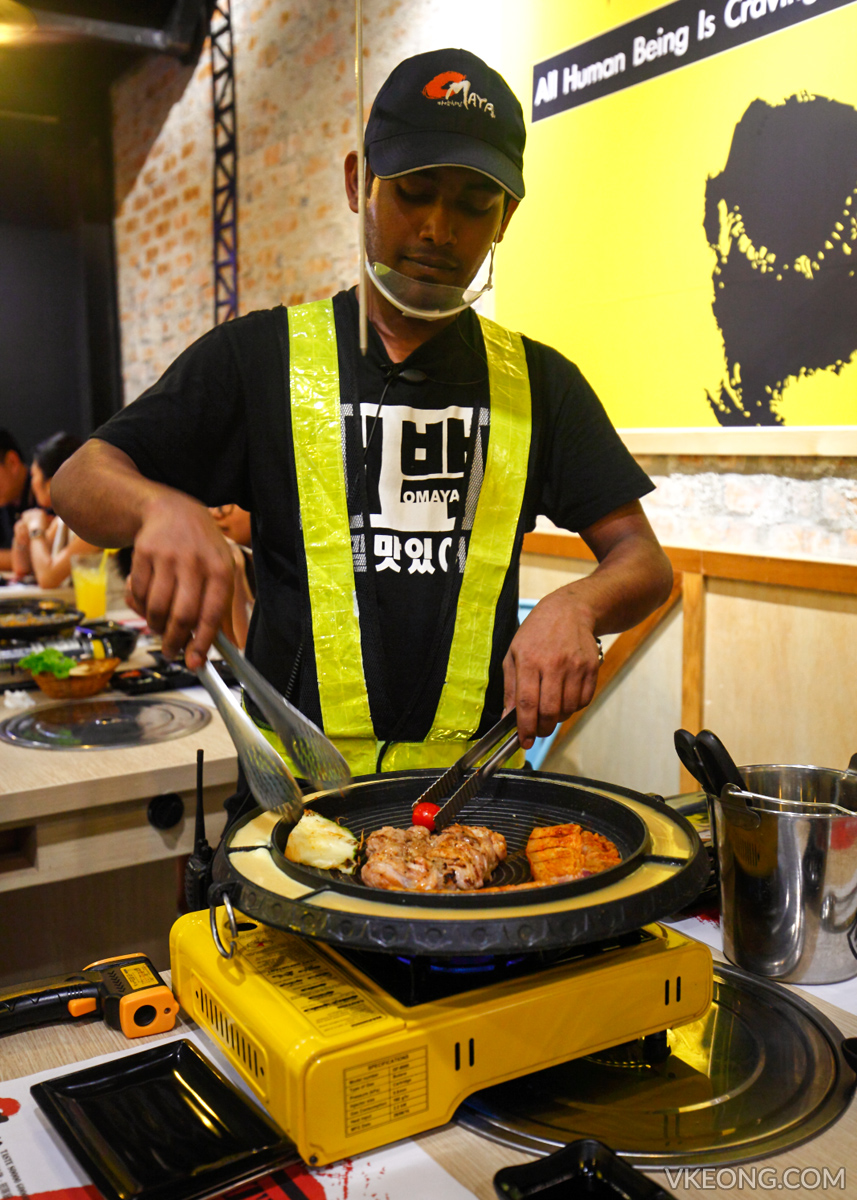 The staff will then pull the meat off the skewer and grill on a portable gas stove at your table. Egg custard is also poured into the barbecue grill’s outer ring to let it cook into a fluffy tamago-like omelette.

While the first two meats (chicken thigh and pork belly) were delicious, the subsequent ones didn’t taste as good as they were slightly overdone.
I guess it depends on the person who cooks your meat. If you feel that the meat is done you should let the staff know. 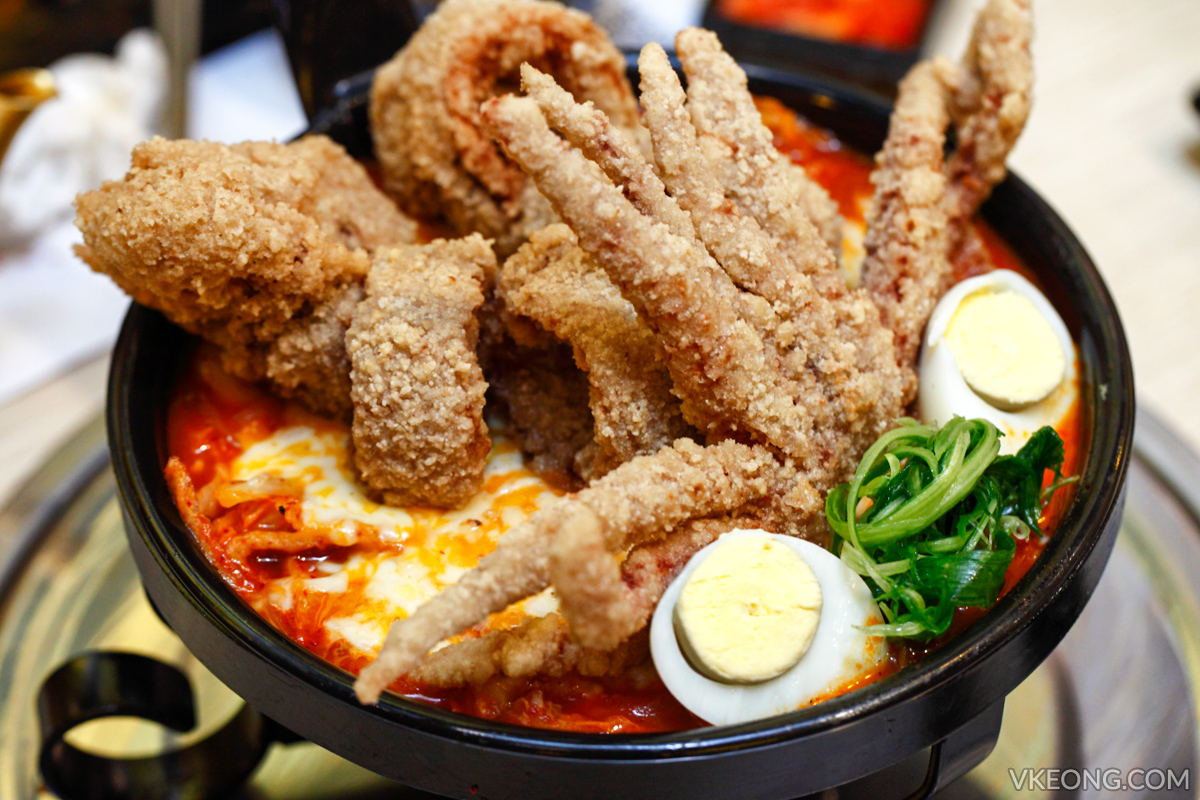 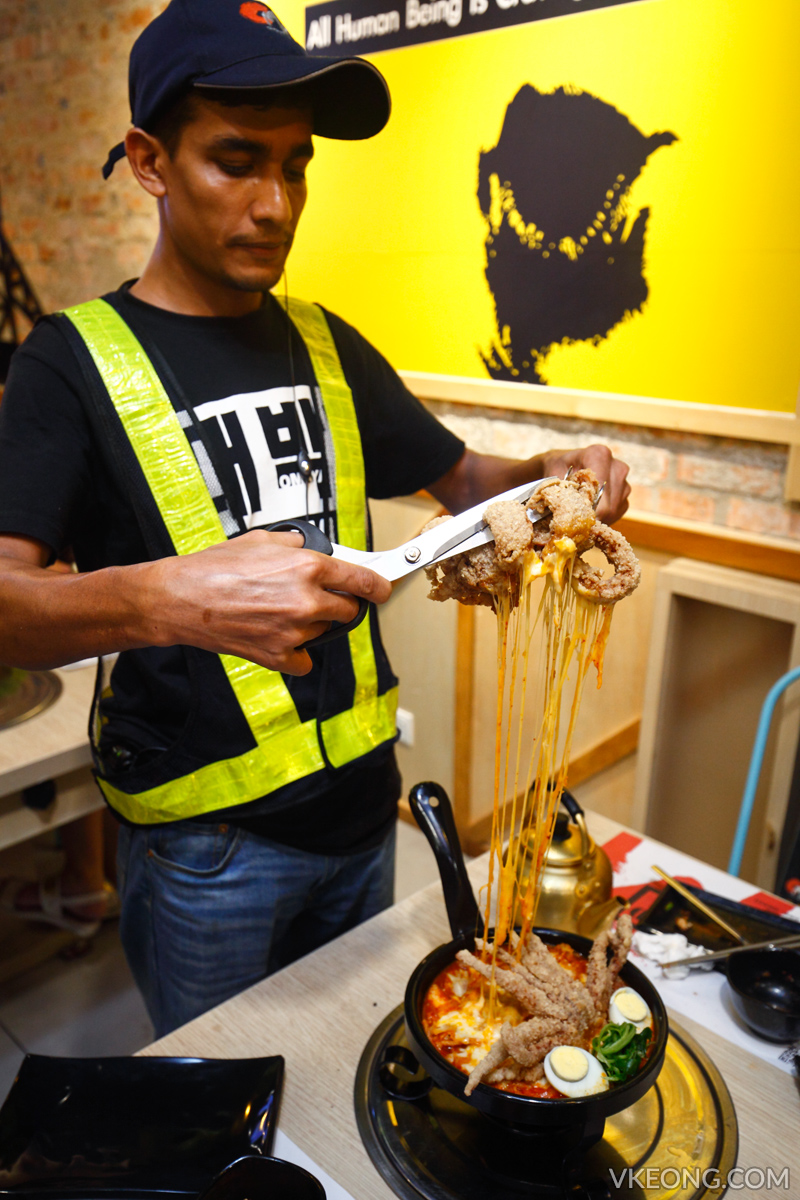 My favorite dish of the night was the Deep-Fried Squid Cheesy Toppokki Stew @ RM45. The batter was well seasoned and I have to say it was perfectly fried, as the coating did not come off the squid. Highly recommended.
If you don’t feel like having squid, the same stew is available with other toppings like pork ribs, boneless chicken and chicken wings. 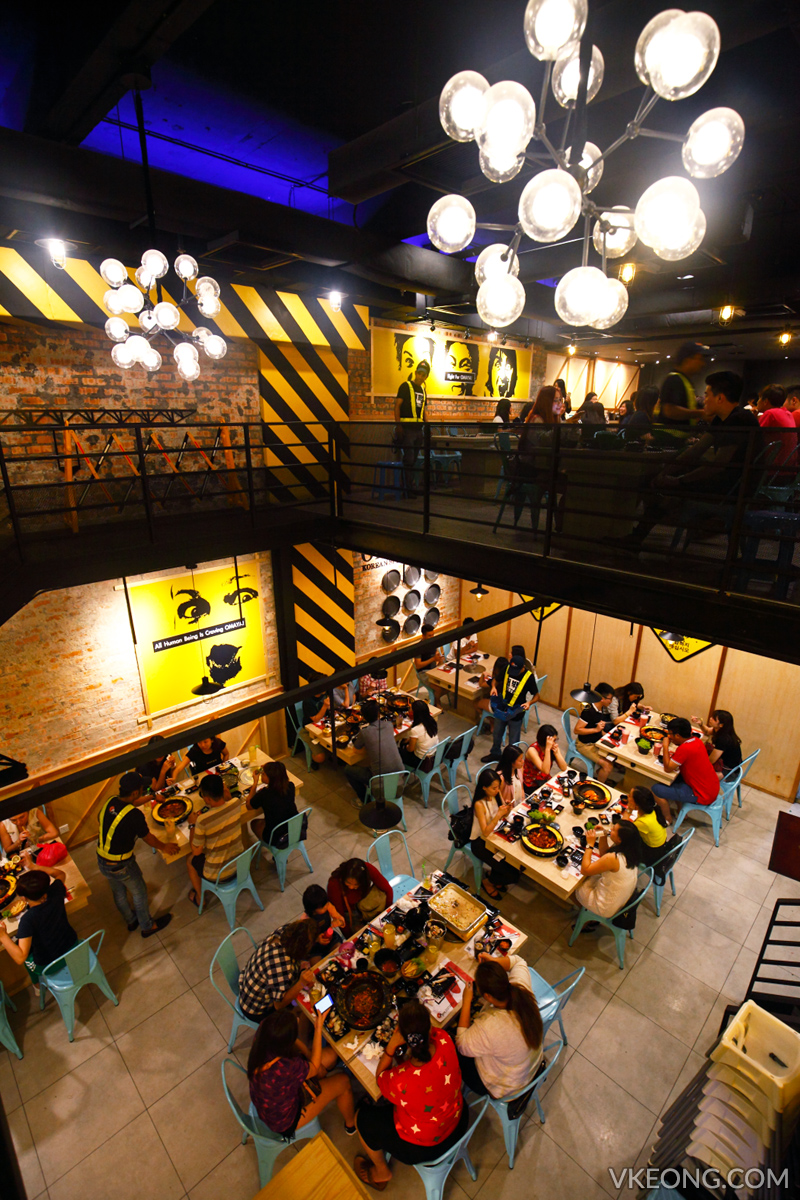 We thought we would be feeling ‘jelak’ with all the cheese we had, but that was not the case at all. Price wise it’s more than acceptable considering the generous portion size.
Safe to say Omaya is more than just a hype and they have clearly captured the hearts of Korean food lovers out there. Therefore, reservation is highly recommended especially in the weekends. 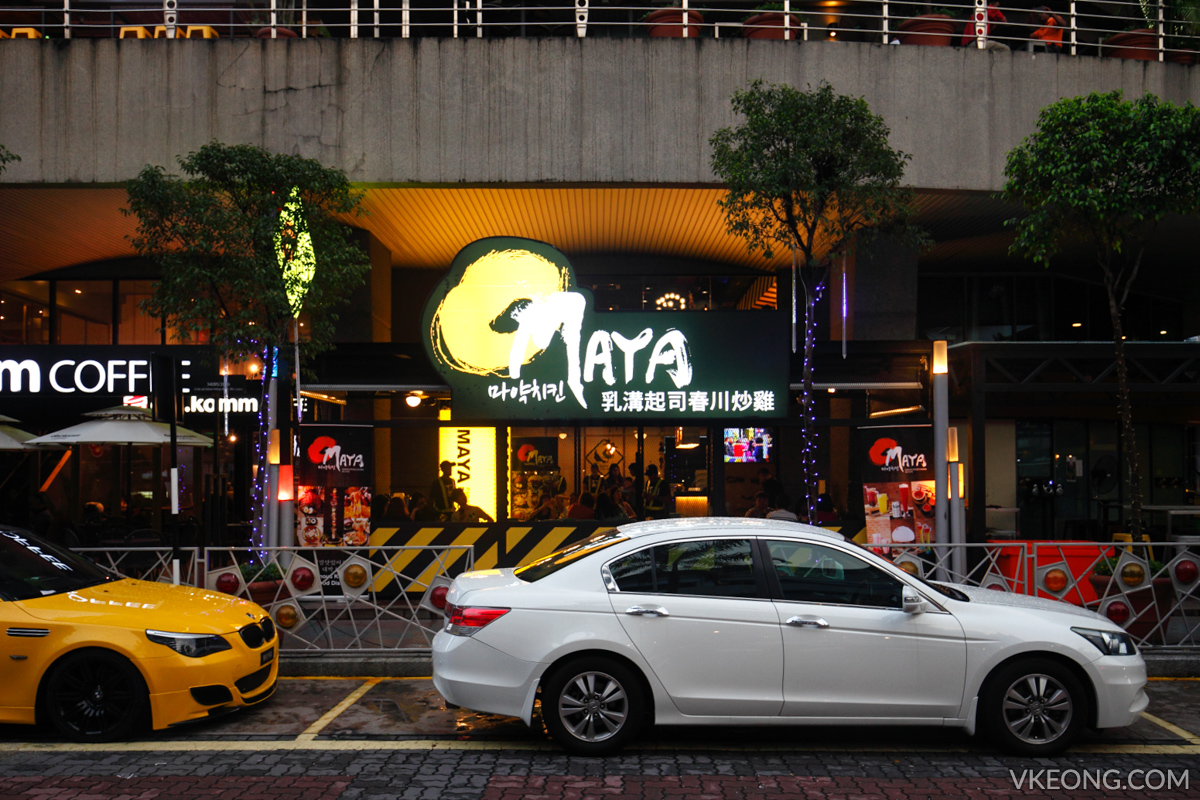