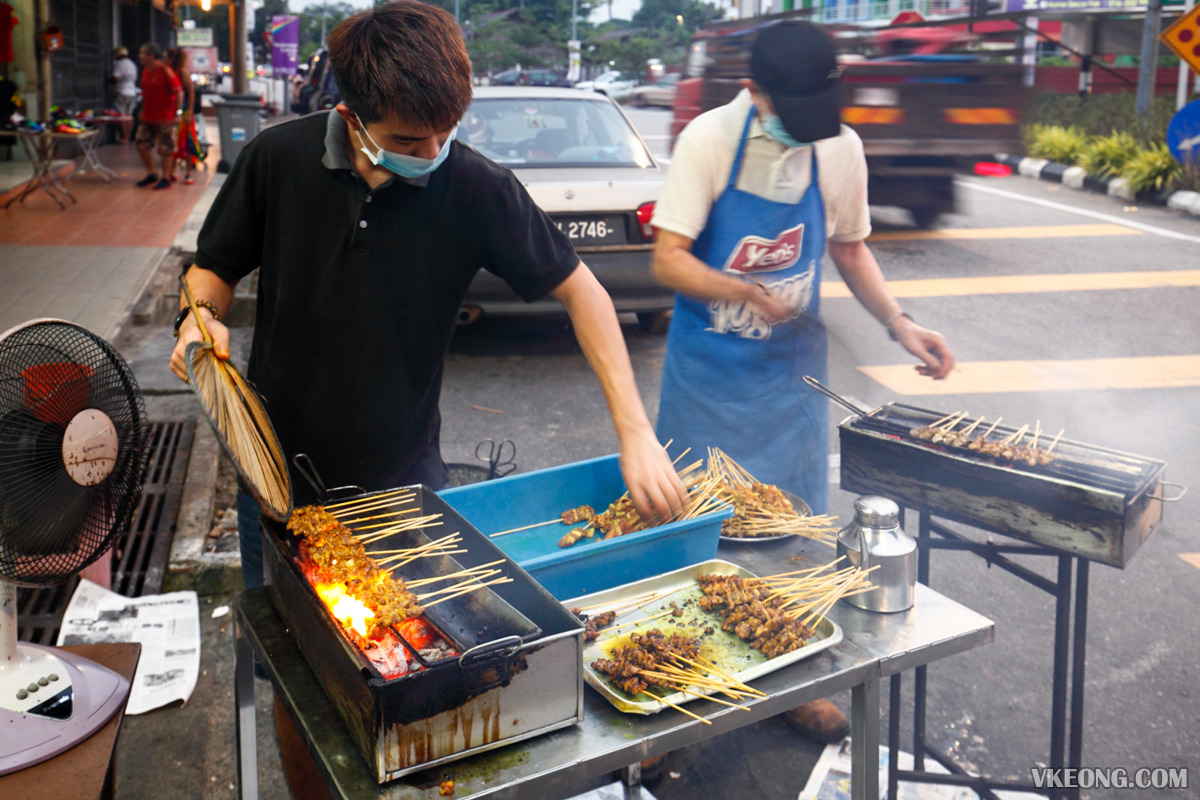 In fact, most of them originate from the same family recipe which was passed on to different family members who have gone separate ways. So grilling skill aside, how close they stay to the original recipe is what really sets them apart.
You know-lah, as time goes by, prices of goods go up so hawkers had only two options: increase the price or reduce the ingredients. 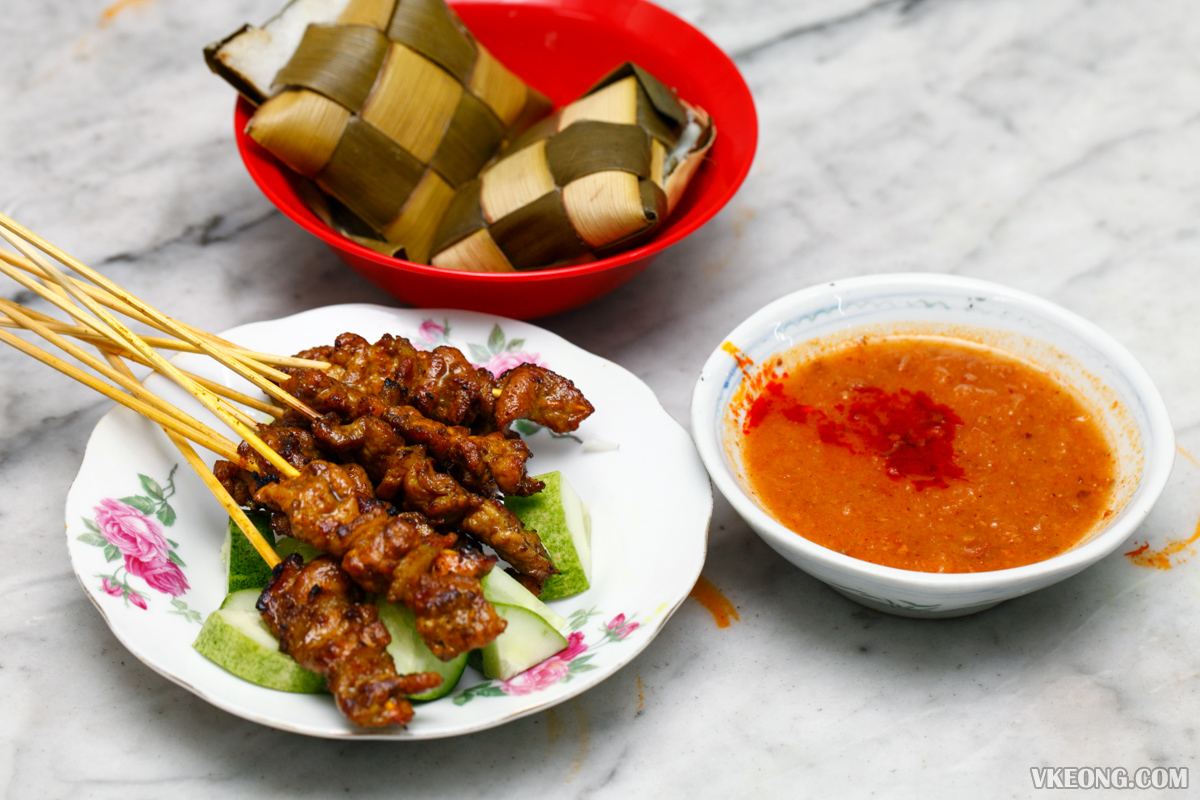 We wanted to try the chicken satay too but for some reason it was already sold out by 7.30pm. And since we didn’t feel like having pork intestine or liver, we stuck to their pork satay only. FYI it’s 80 cents for everything, same for the nasi impit as well. 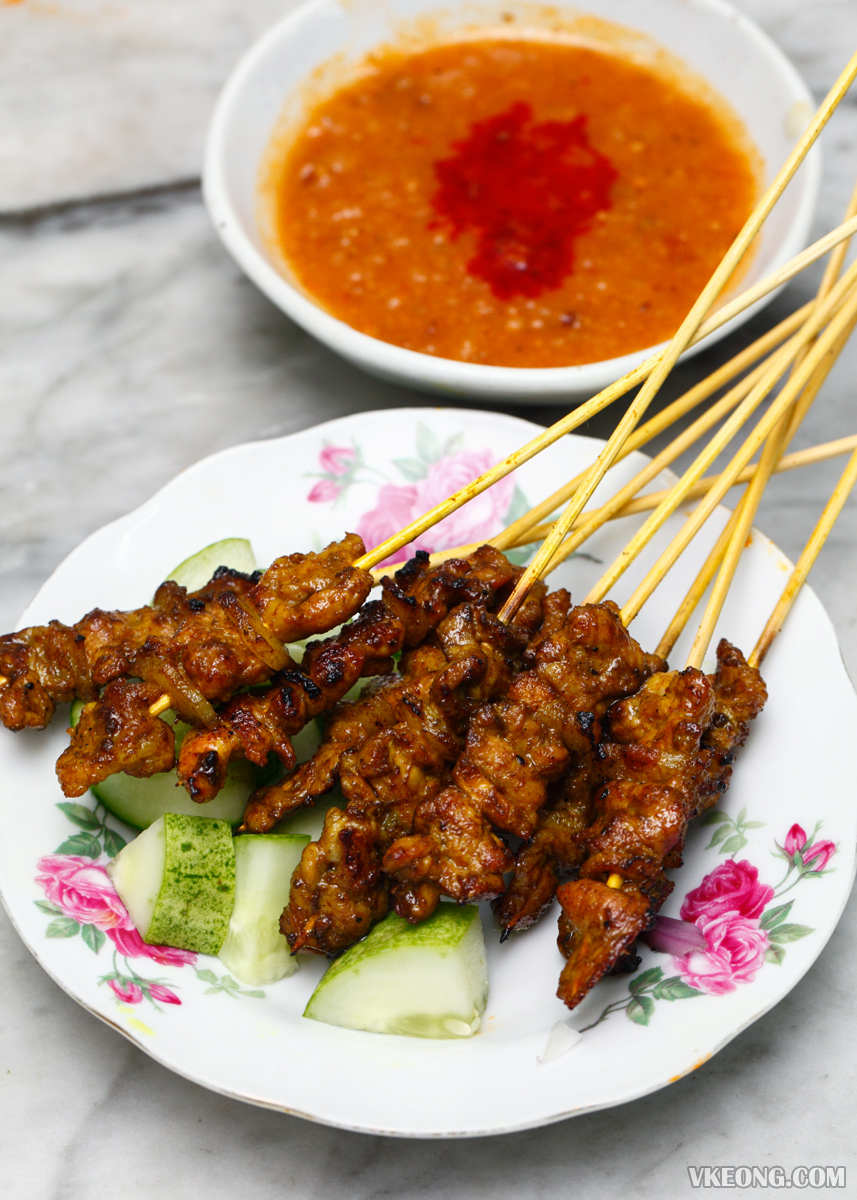 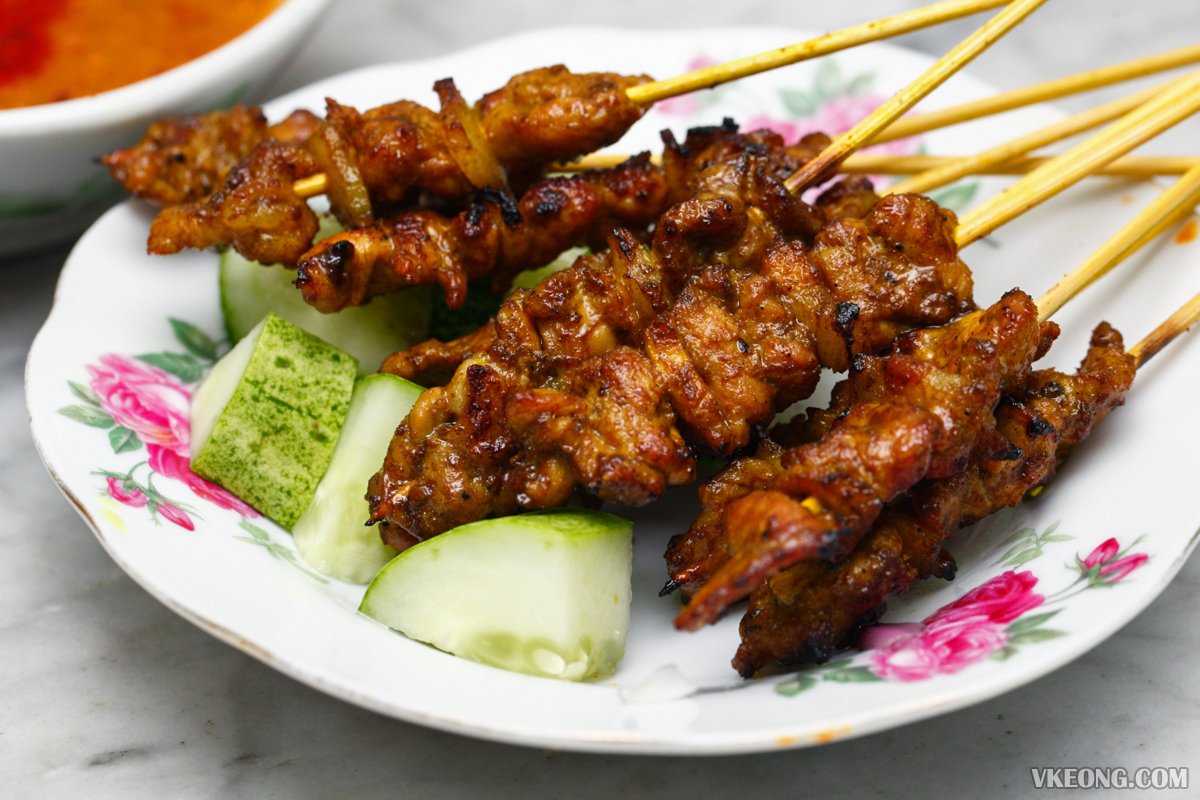 The satay is prepared with mainly pork shoulder and a slice of pork fat is sandwiched consistently between the meat. They are tender with a bite and tasted quite light on its own. 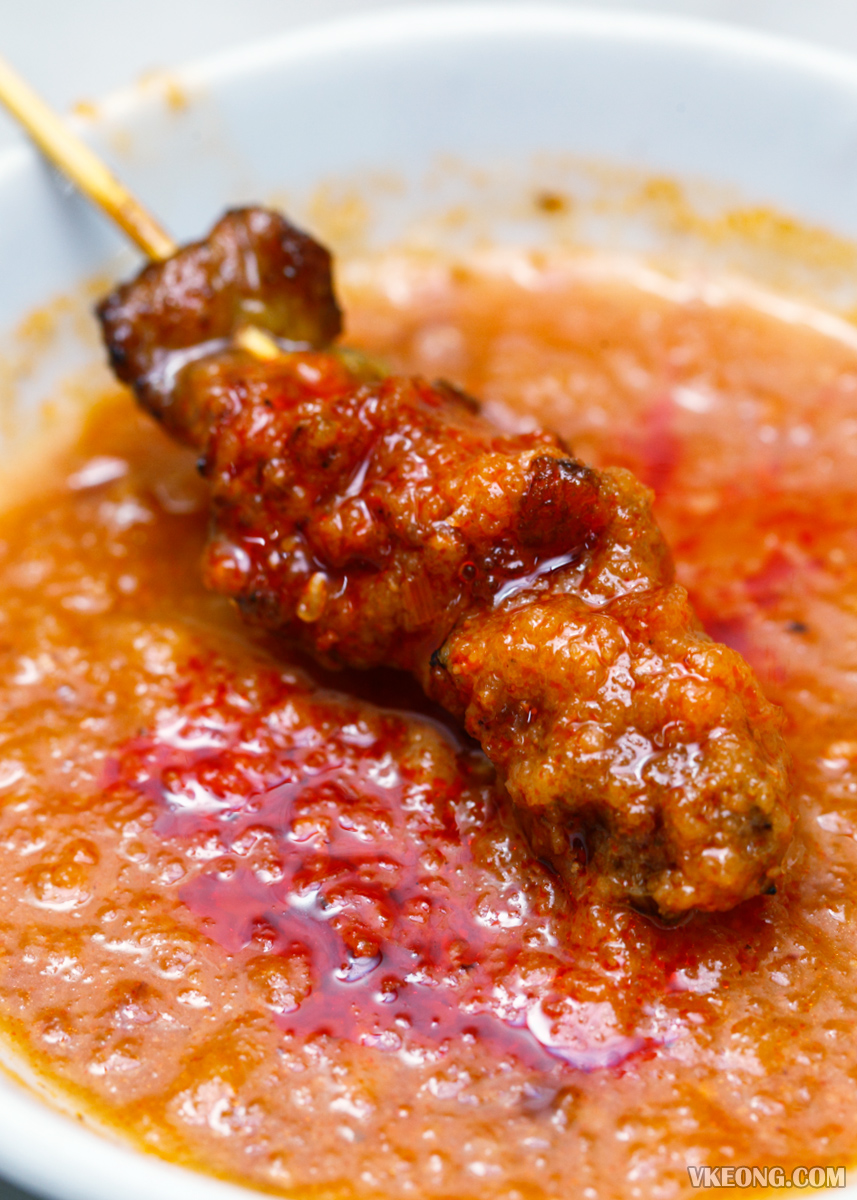 That’s where the pineapple sambal sauce comes in for the extra flavor. It’s richer, not as oily and sourish as the one we had at Sun May Hiong so that’s definitely a plus. I like that you can still taste the pineapple fiber in it which gives it extra texture. 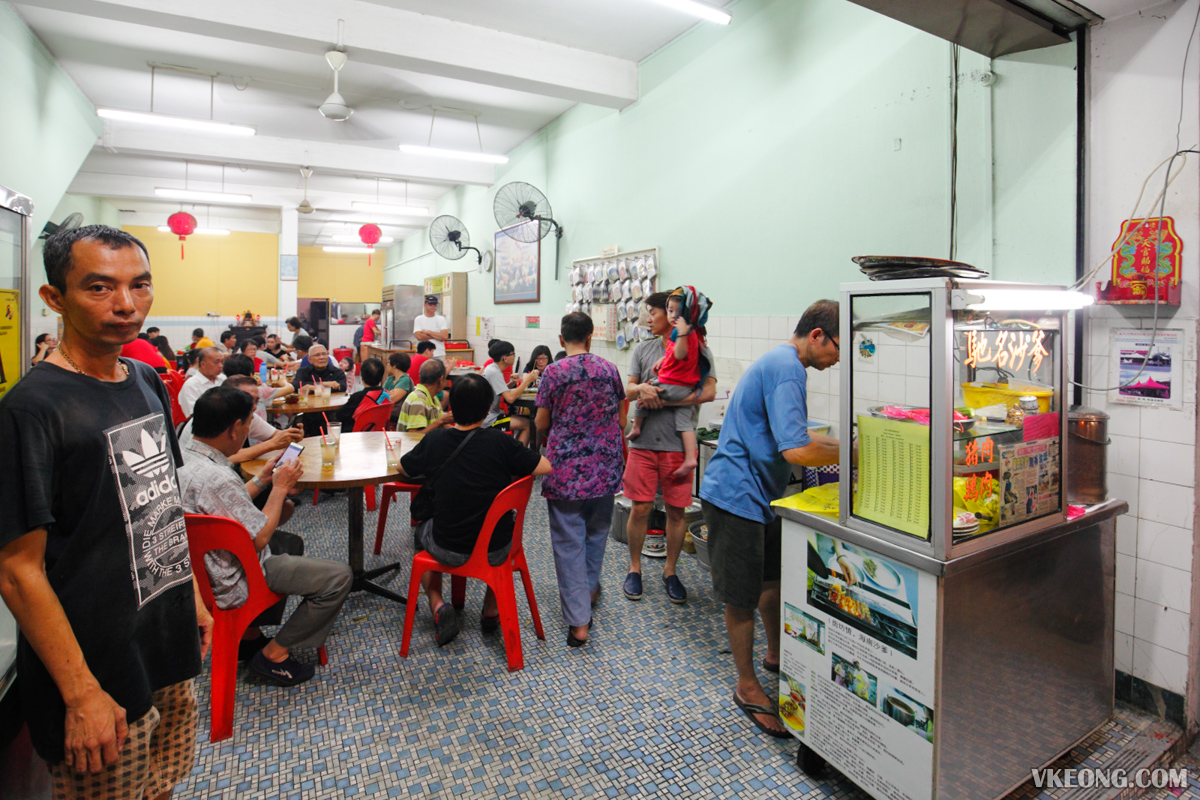 Expect to wait if you come during the weekends, but luckily it’s not an excruciating one. We got our within 30 minutes despite the place being packed. After trying a couple pork satay in Melaka I have to say this was one of the more satisfying ones that is actually worth your time. 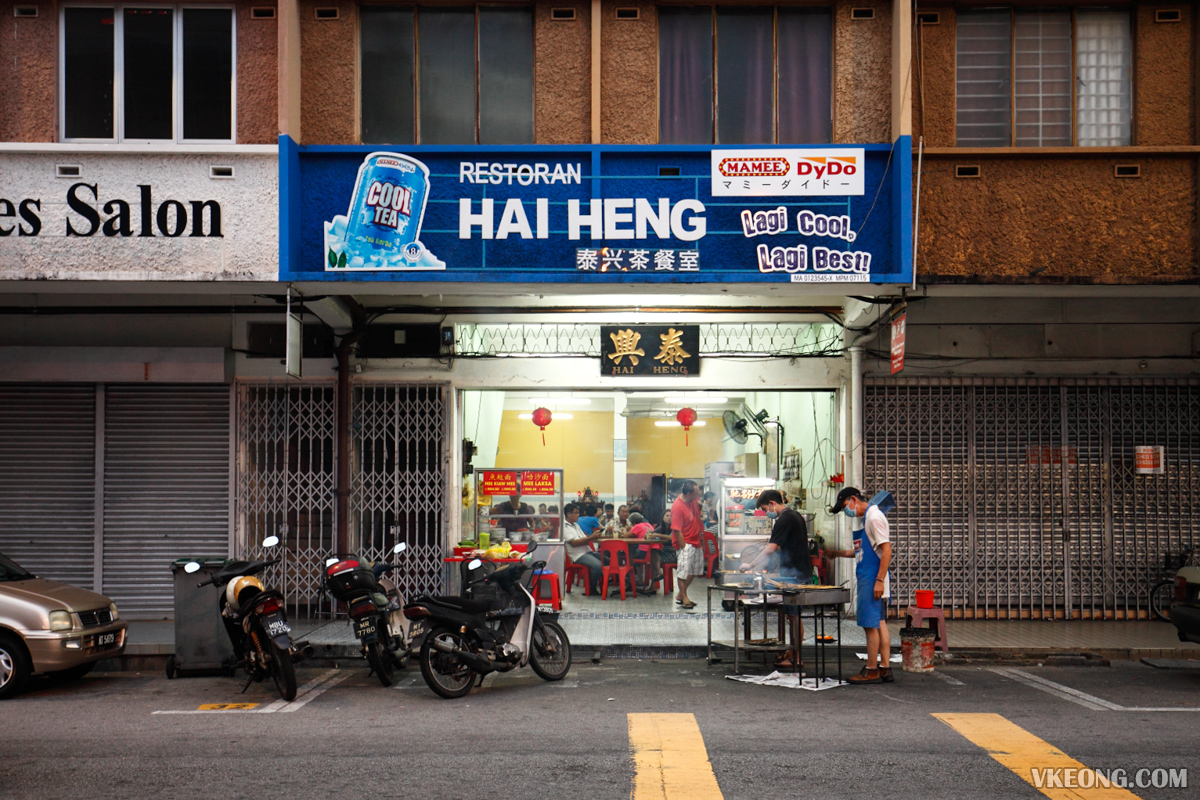