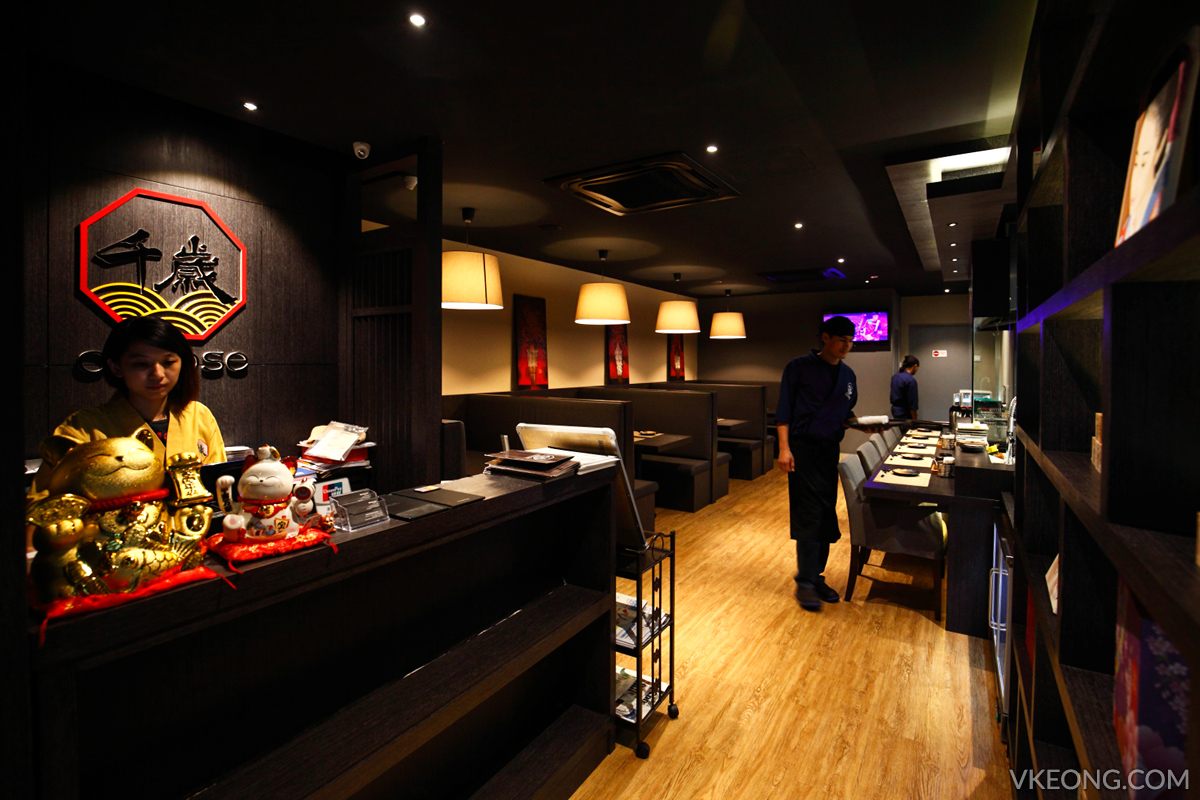 I don’t know if you have noticed this, but there are quite a number of Japanese restaurants that operate at the first and second floor of the shop lots in Solaris Mont Kiara.
Chitose is one of them. After a quick Google search of the place, the reviews seem to be promising so we decided to give it a try.

Chitose is foremost a Yakitori bar and a two-third of their menu is filled with grilled items. You can also expect the usual Japanese fare like sashimi, deep fried food, noodles and rice.
During our visit there was a special daily menu that features some of the chef’s recommended dishes. Just a forewarning: we found the food here to be saltier than expected, I think they are prepared that way for beer pairing purposes. 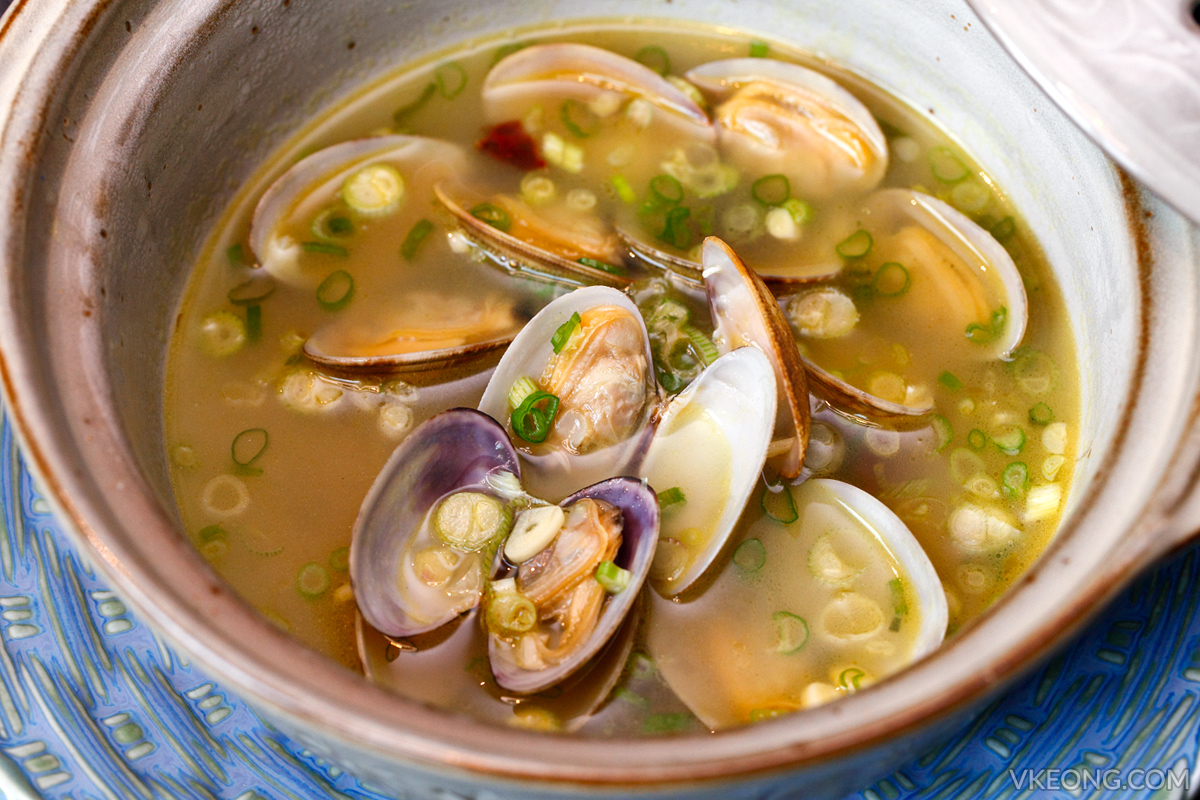 The Boiled Clam @ RM18 was part of the daily menu. Being clam lovers, we saw no reason not to order it. The clams were fresh, clean and sweet tasting, but the soup was way too salty to be enjoyable. We thought the chef was accidentally heavy-handed with the salt but after clarifying with the staff, we were told that the taste is meant to be THAT salty. 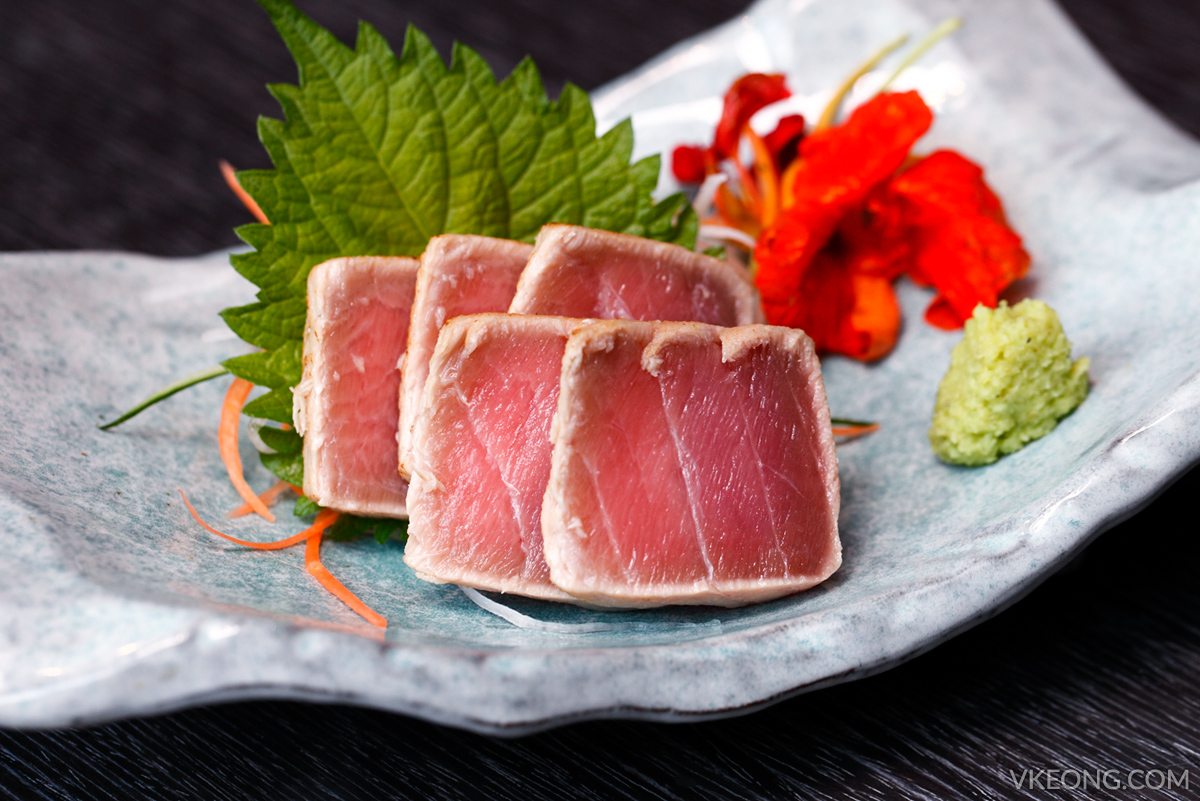 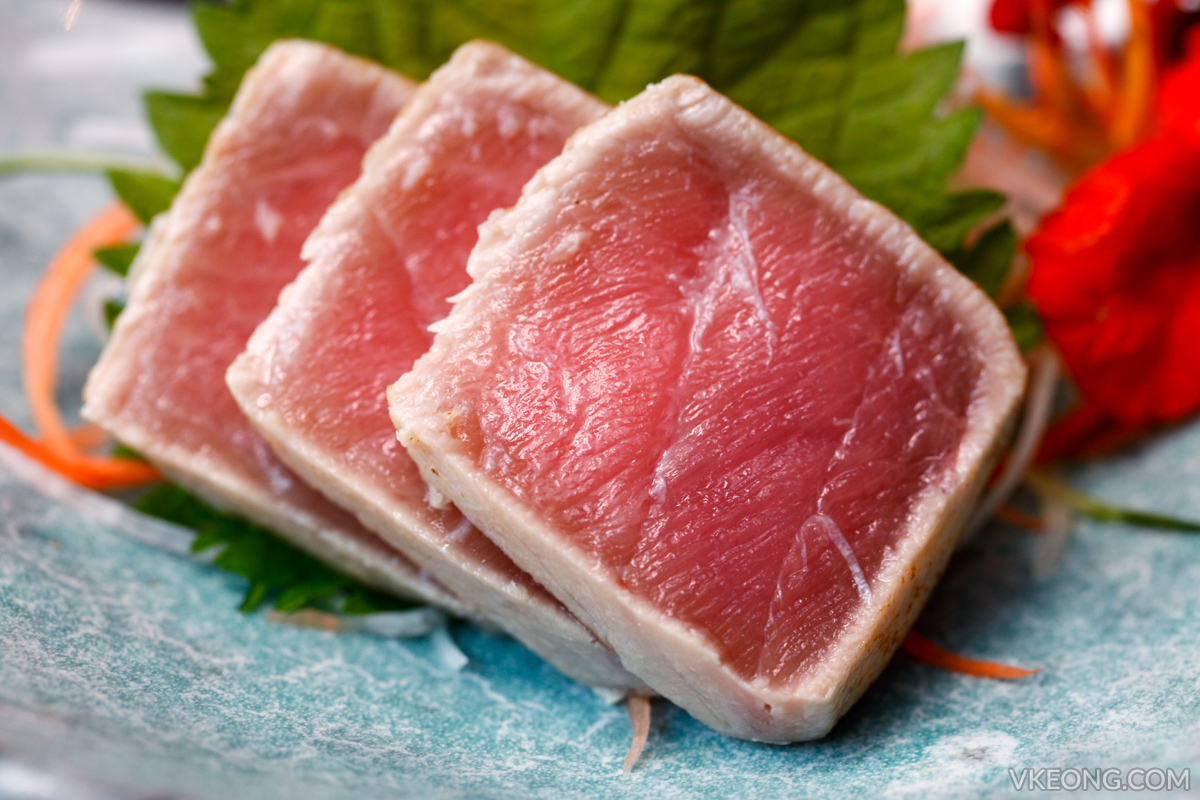 The second dish to arrive was Chutoro Sashimi @ RM55, also part of the special menu. Strictly speaking, this is not sashimi but tataki. Despite the hefty price tag, we had no complaints about the rich and buttery flavor. If I had to nitpick, I suppose the cuts could have been cleaner. 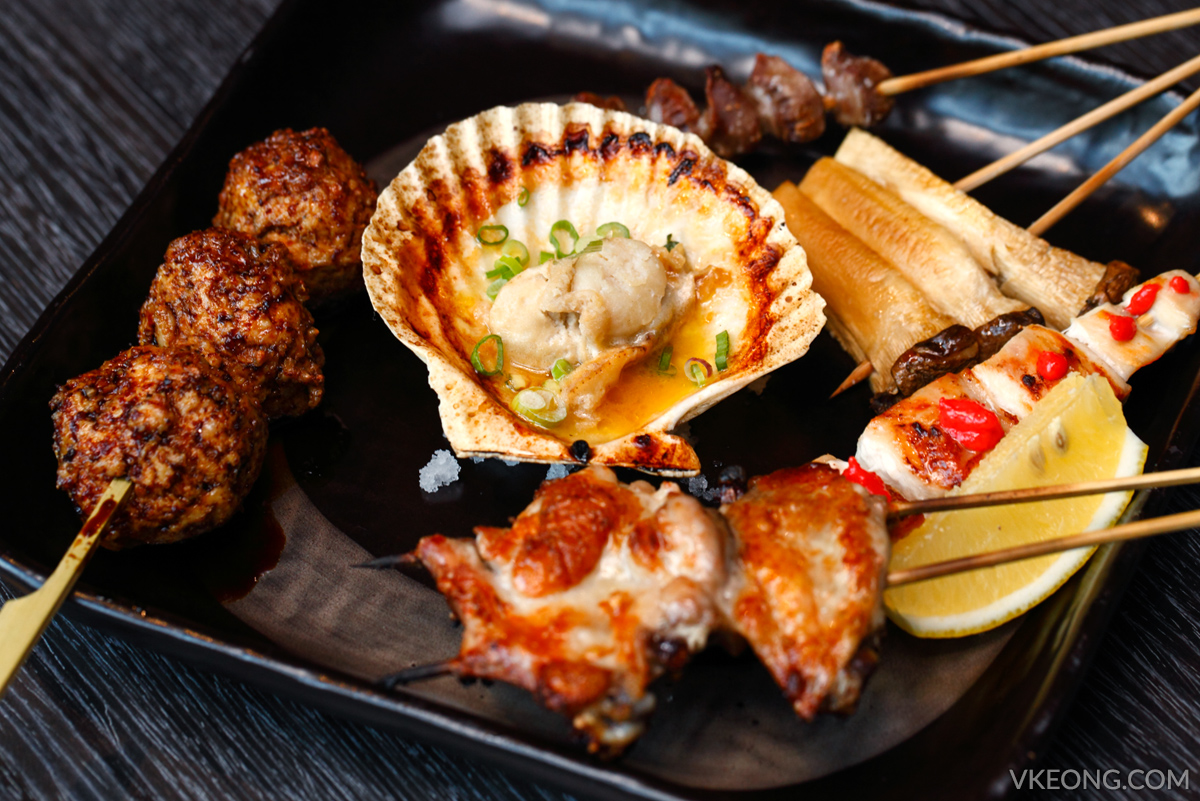 For Yakitori, we let the chef decide by opting for the Chef Recommended Assorted 5 skewers @ RM28. It came with a chicken gizzard, chicken breast with mentaiko, chicken wing, chicken meatball and eringi. The Scallop with Butter @ RM11.80 was ordered separately. 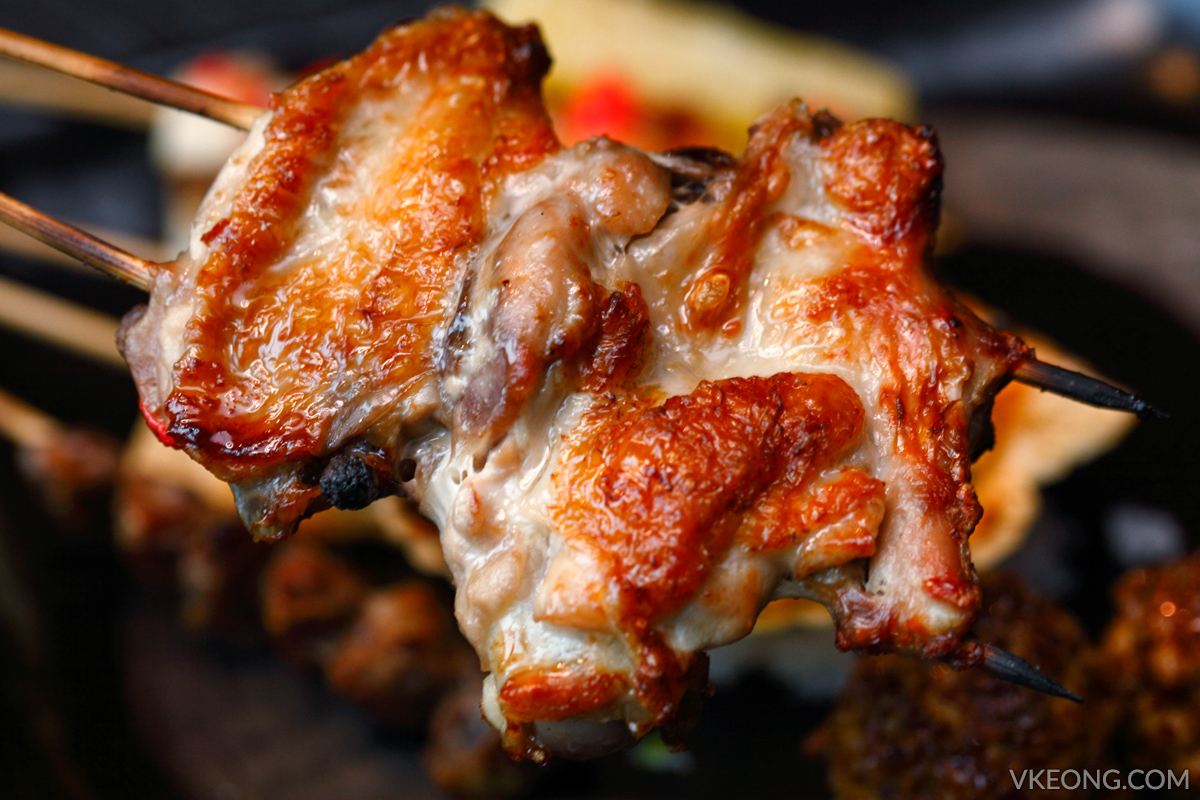 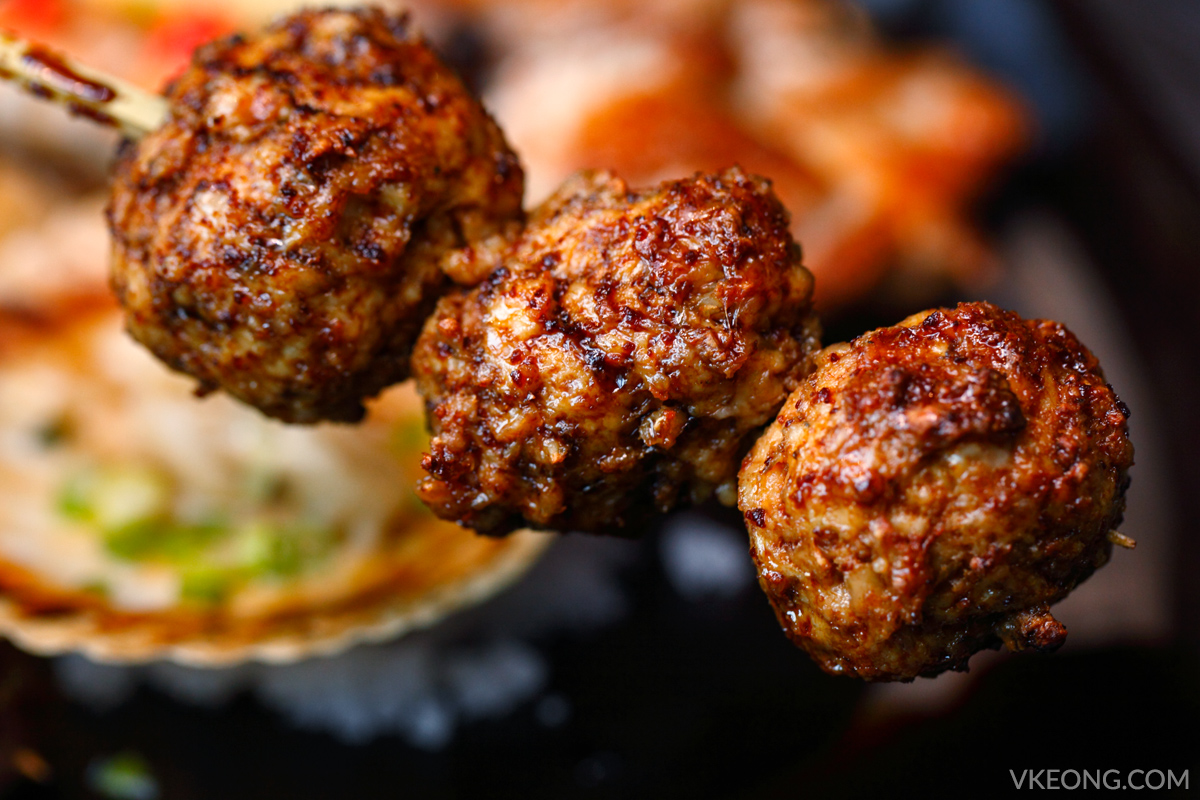 Among the five skewers, we enjoyed the chicken wing and meatball the most while the rest were just alright. 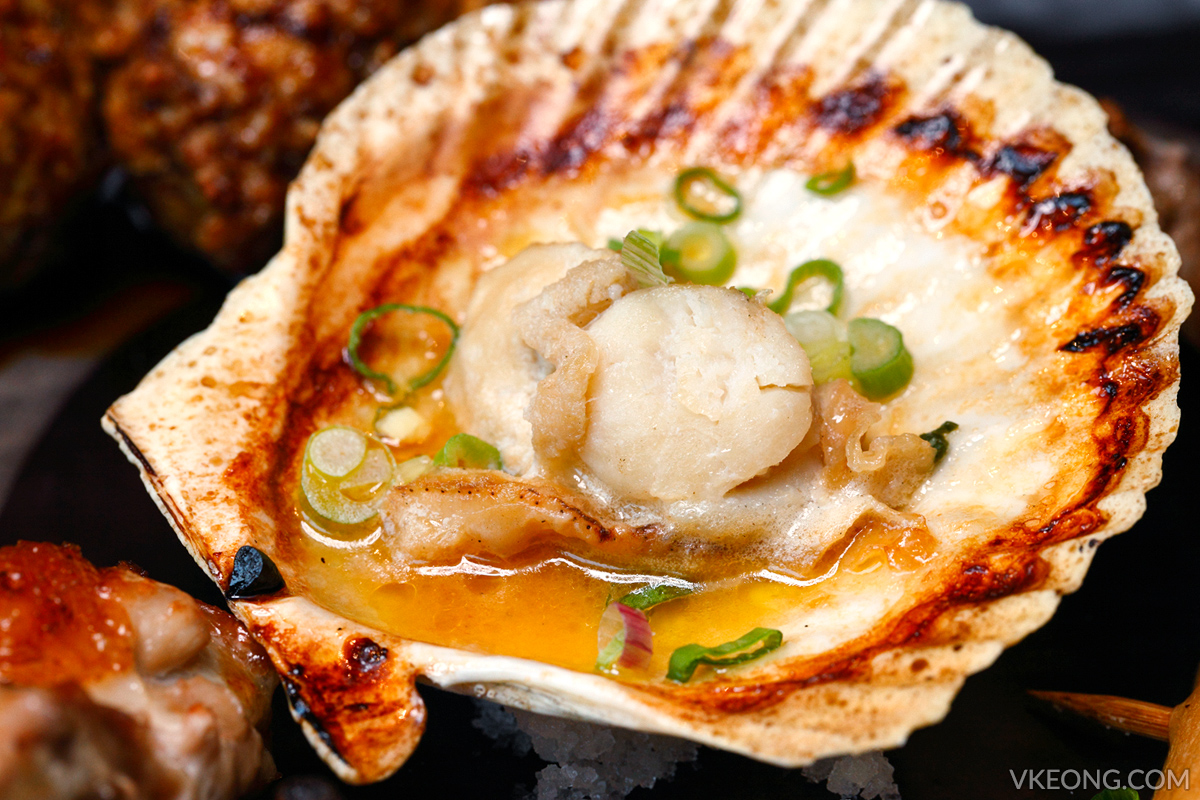 The Scallop with Butter was nice, a tad overcooked though. 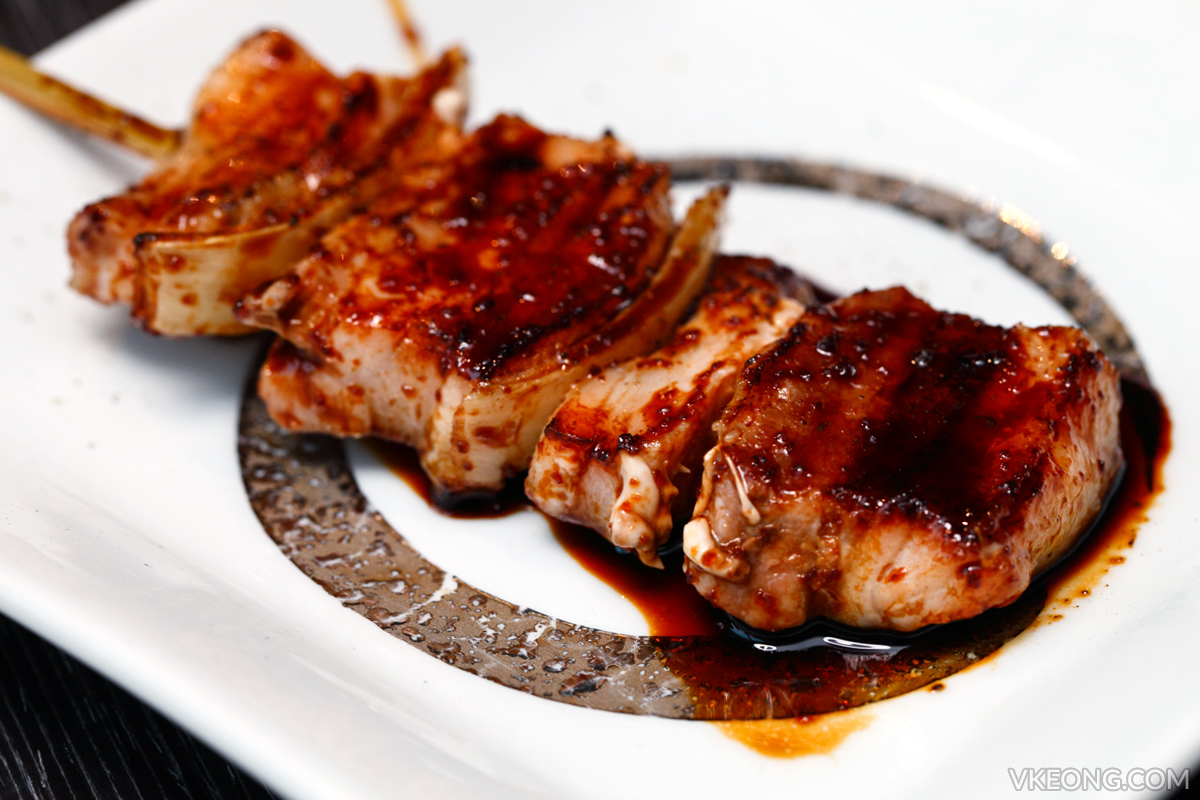 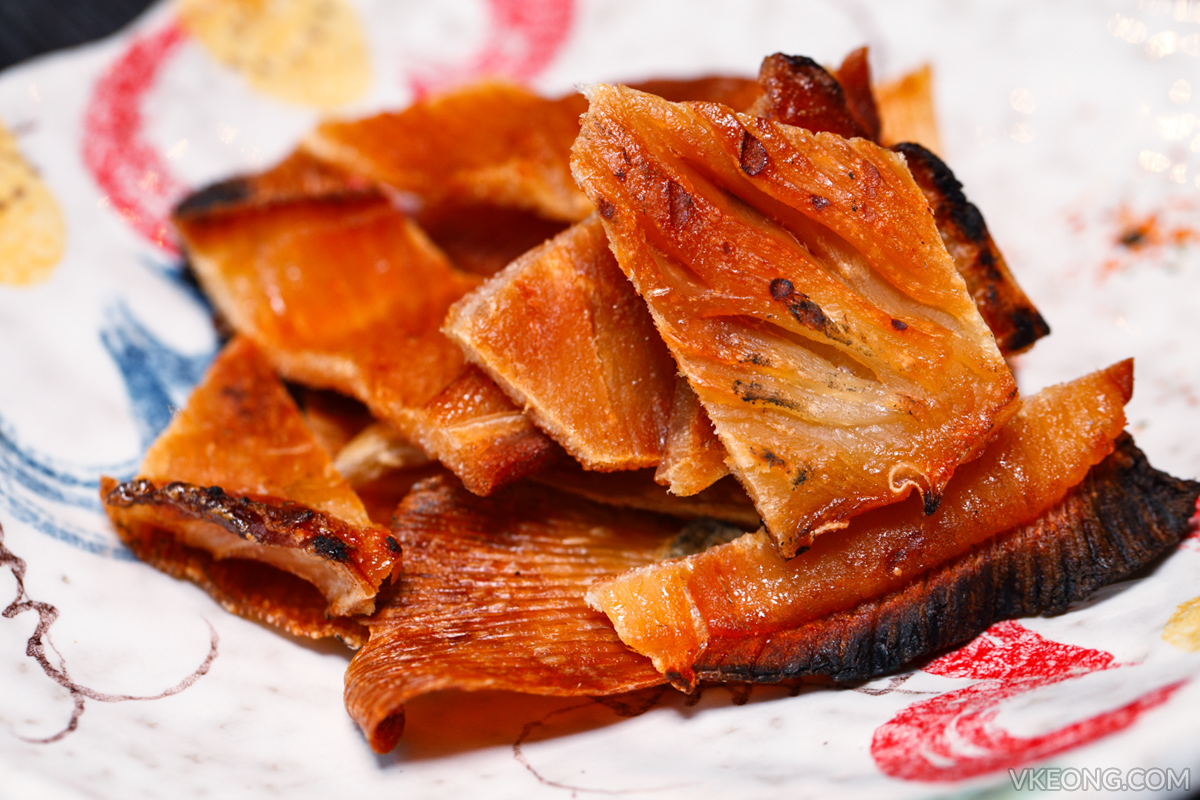 Grilled stingray fin @ RM15 is one of the more unique items on the menu that I would recommend trying. We expected the stingray fin to be dry and crispy but it was actually chewy and moist.
It had a jerky like texture which takes some chewing to make it easier to swallow. The more you chew, the more umami flavor you get out of it. Follow each bite with a sip of beer for the fullest experience. 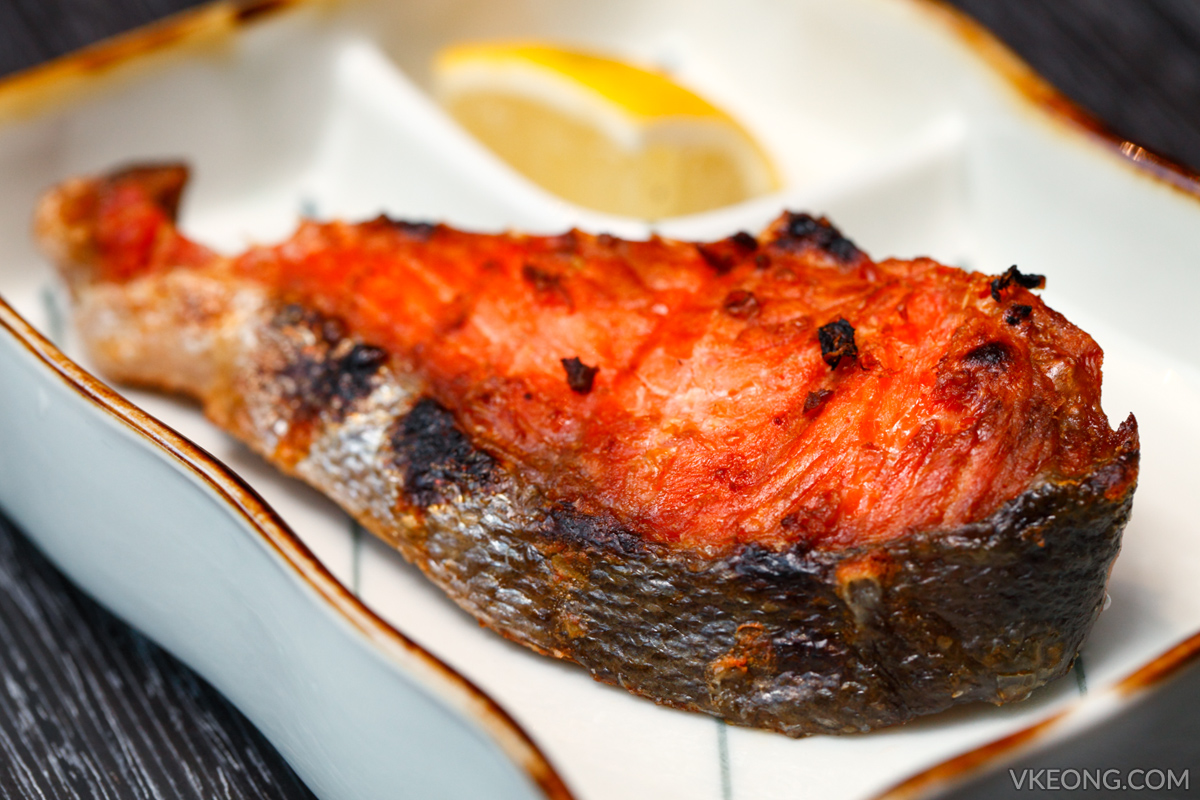 If you don’t mind the saltiness (since it’s marinated in salt water) the Red Salmon Fish Salt Yaki @ RM22 is also worth a try. The red salmon is evidently tastier than pink salmon and while it looks somewhat dry on the outside, the flesh inside was tender with an oily texture. 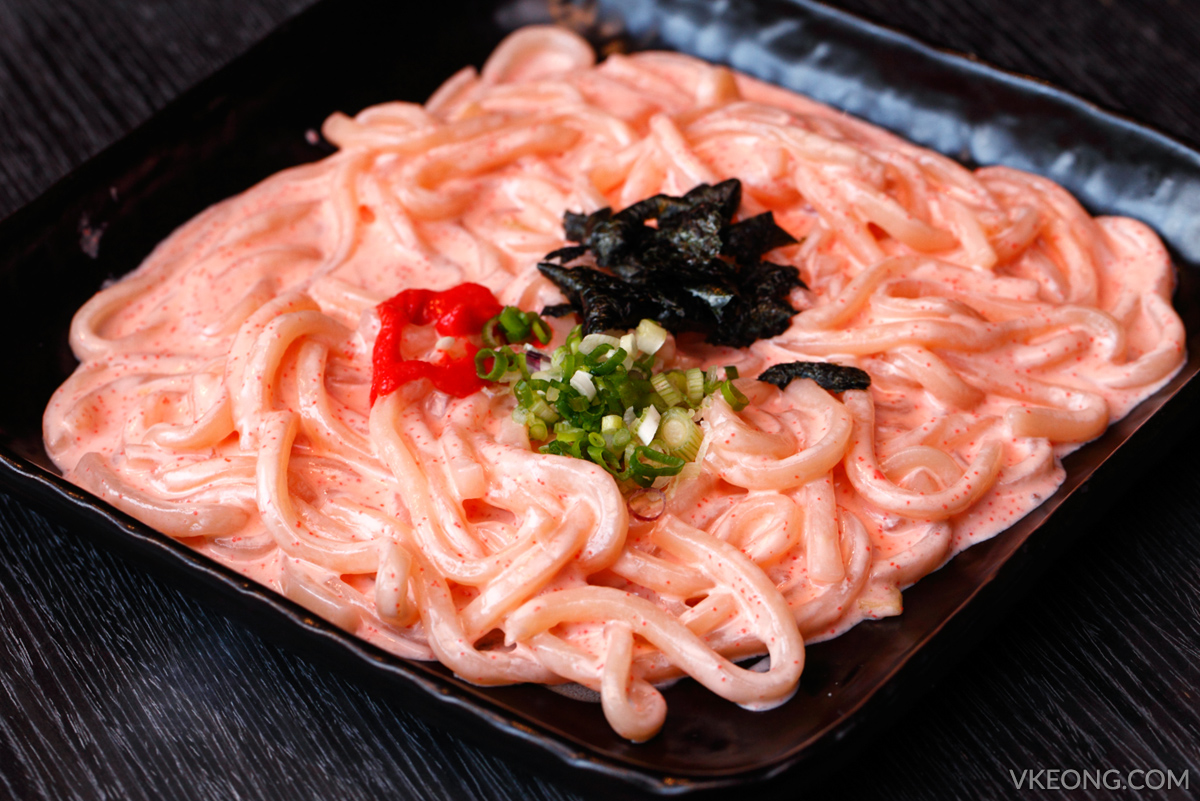 Lastly, we had a Cream Udon with Cod Roe @ RM24 to share. Not bad, we have had better elsewhere in KL. 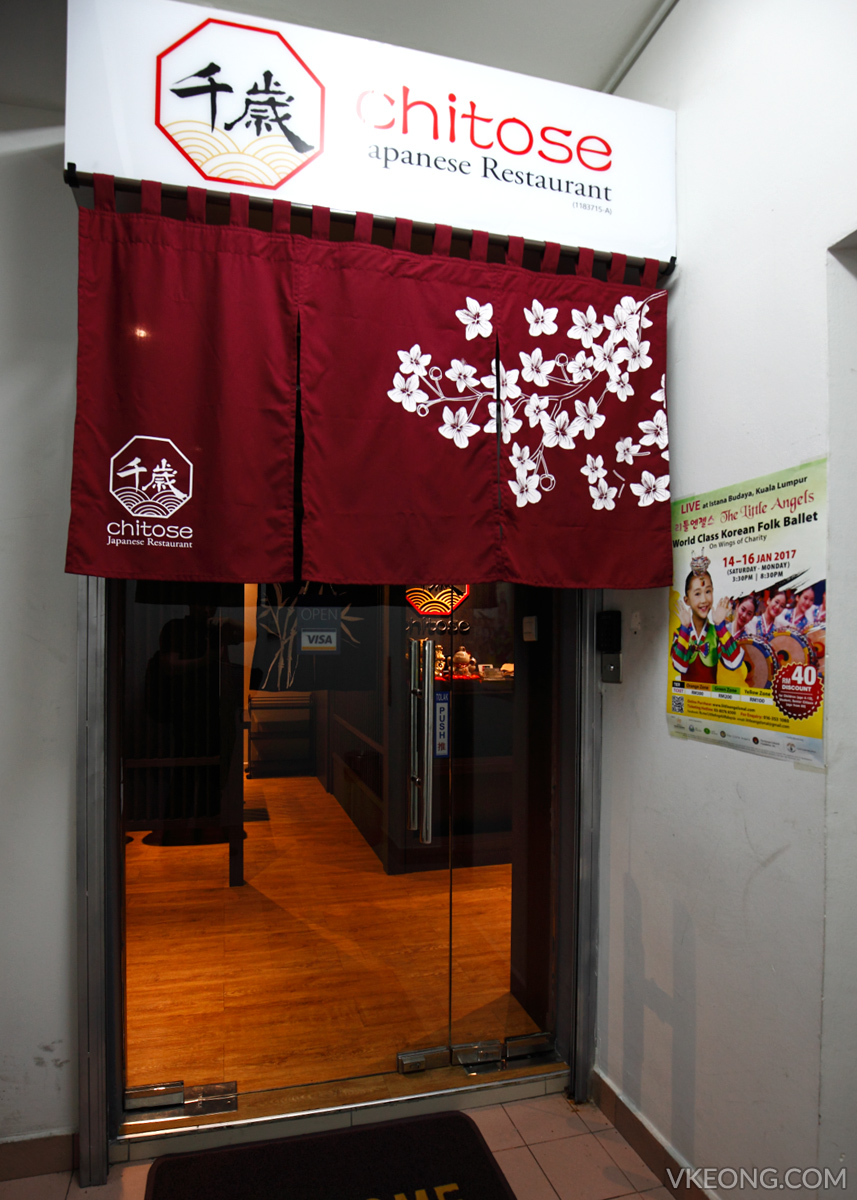 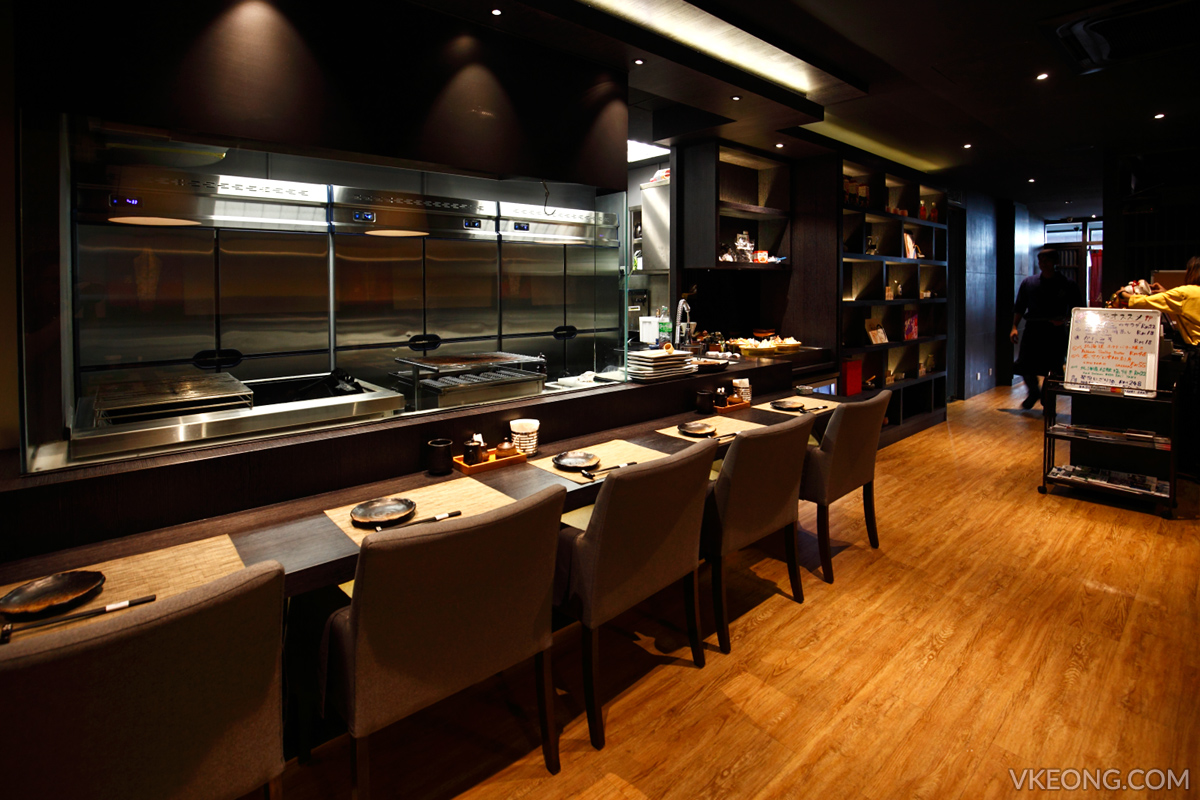 In summary, there were a couple of hits and misses with the food we had. In hindsight I would have probably skipped the boiled clam (too salty), assorted yakitori (better pick your own combination) and scallop. That said, despite being more expensive, this was still a more satisfying meal than what we had at The Fat Fish. 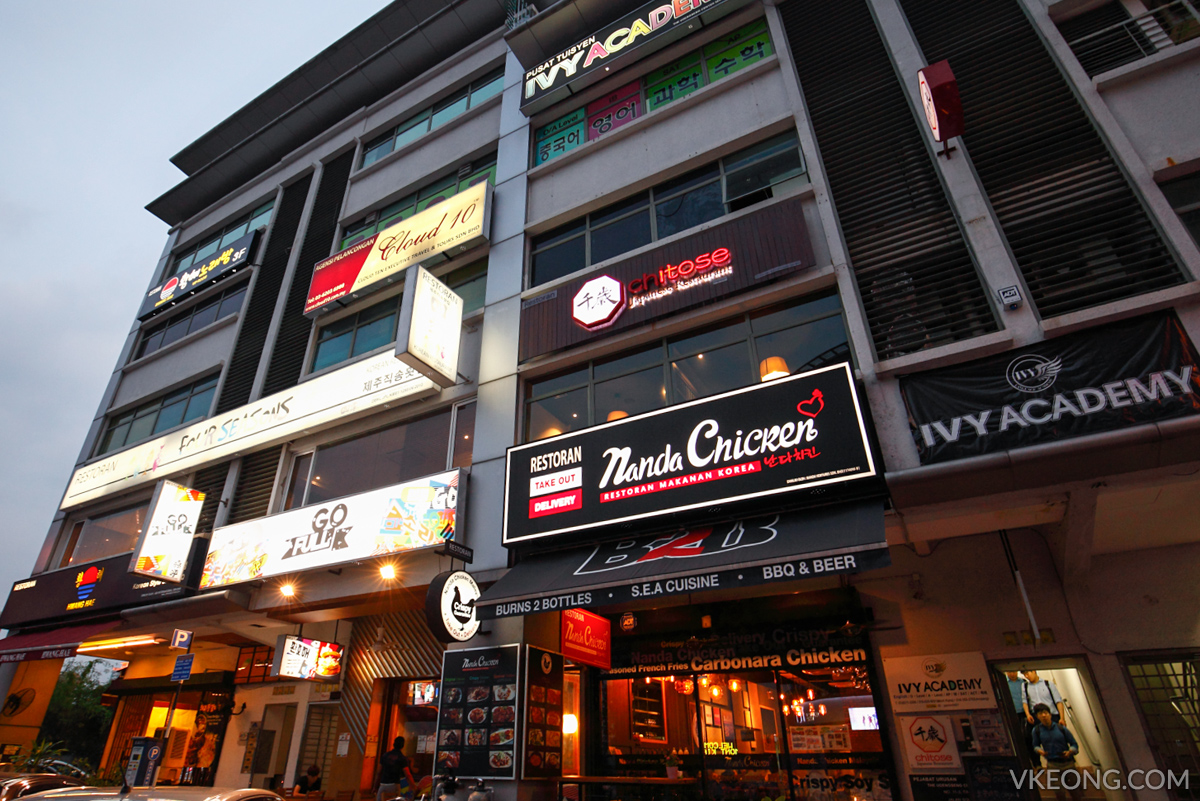