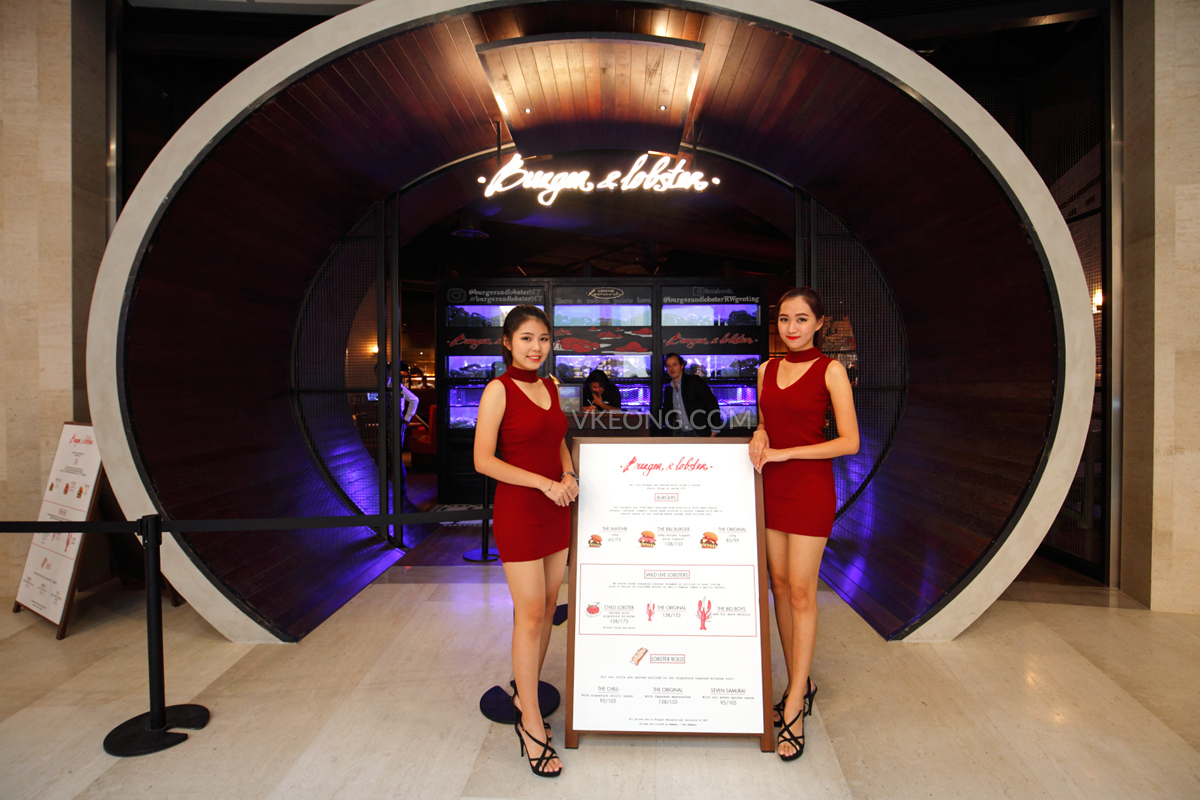 Of all the possible places in Asia, Burger & Lobster picked the most unlikely place to open their first outlet – and that’s Genting Highlands.

Can you imagine eating wild live lobsters fished from the waters of Nova Scotia, Canada then flown over 13,000 kilometers and served fresh right in front of you at 6000 feet above sea level? Well don’t just imagine, go and experience for yourself! 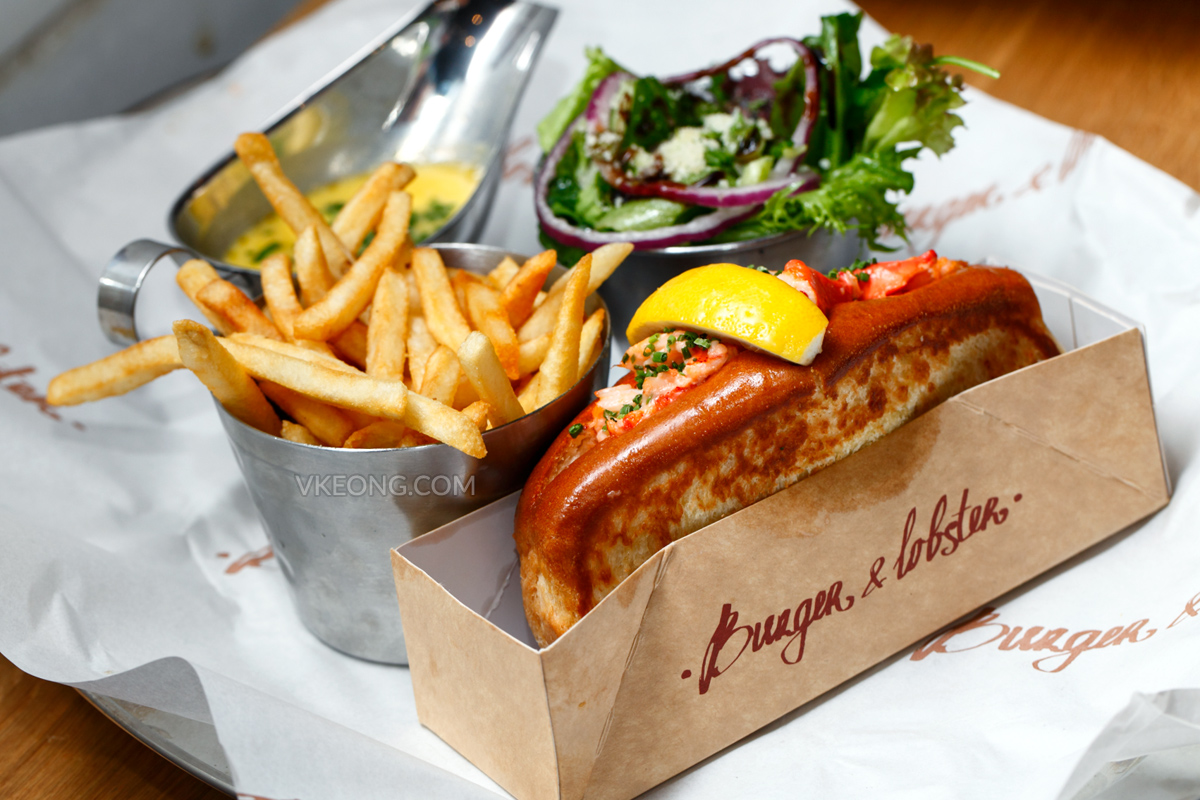 Like their name says, you can expect two and only two delicacies here: burgers and lobsters. And because you are having some of the most premium ingredients available on this planet, expect a satisfying meal for 2 to cost between RM200 to RM350.
Although the prices seem high, it’s actually justified considering it costs almost the same after conversion from £ to RM. For example, a lobster roll in London costs £25, so that’s ~RM136 vs the actual price of RM138 here. 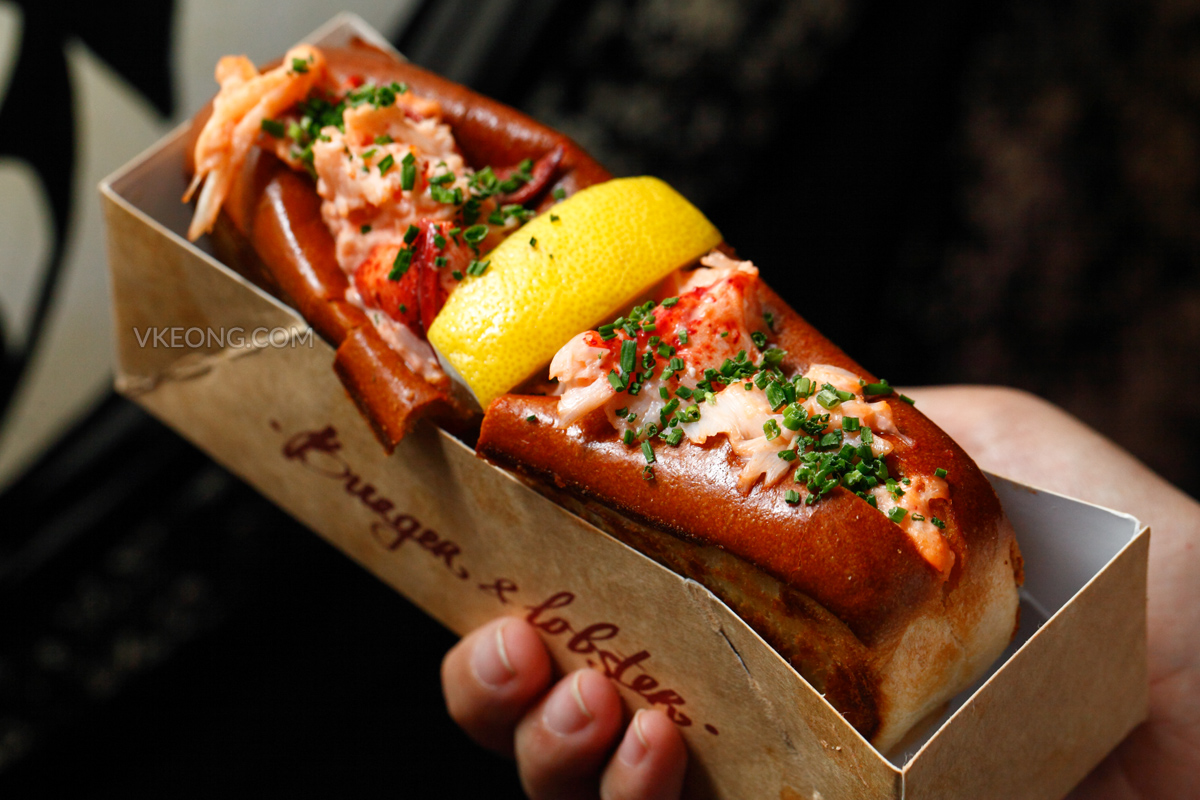 The Lobster Rolls are available in three different sauces: The Chilli, The Original (with Japanese mayonnaise) and Seven Samurai (with seven spices sauce). All their rolls are served chilled in their signature toasted brioche roll and comes with a side of fries and salad as well.
Before you take a bite, just drizzle some of the sexy sauce on top of the roll for extra flavor. Anyway, there’s nothing wrong with eating the lobster roll as it is. It all depends on how you roll. 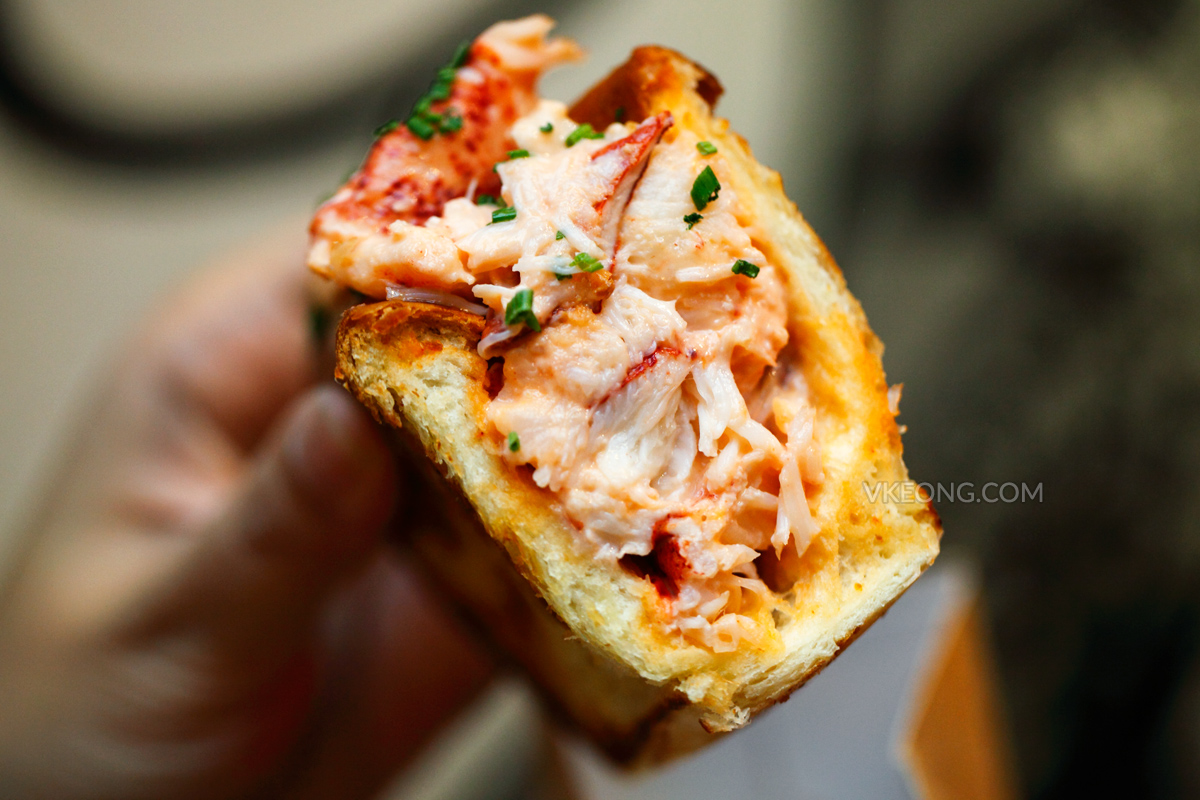 As you can see, they are not stingy with the amount of lobster meat. The roll is stuffed to the brim, almost overflowing and every bite you take into the roll guarantees a mouthful of lobster.

The combination of the roll’s slight buttery crunch and succulent lobster meat will give you an instant gratification. 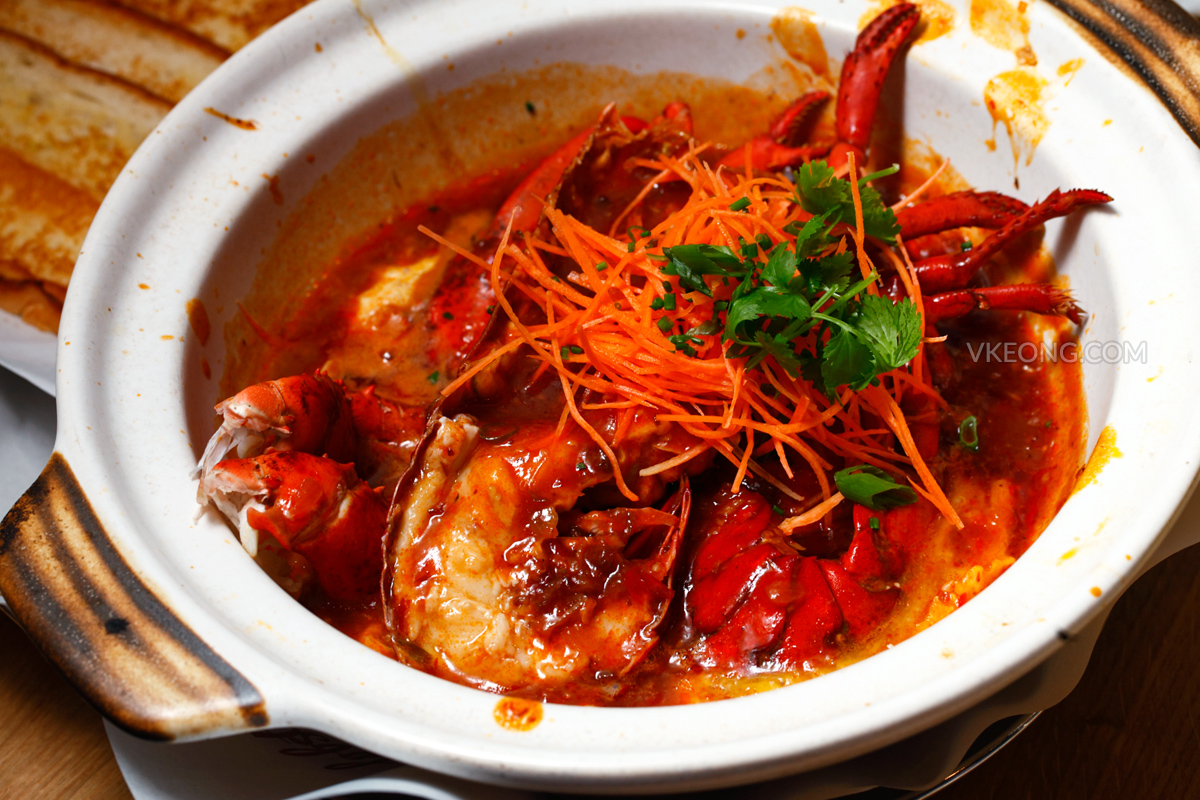 The Chilli Lobster was specially created to cater to our appreciation for spicy food so it’s only available at Genting Highlands. The sauce is authentically spicy (even spicier than the chilli crab you get at local Chinese restaurants) so if you have low tolerance for spicy food, you might want to reconsider ordering this.
But for those who love spicy food, this should be right up your alley. The Chilli Lobster is also served with brioche slices to dip into the spicilious gravy. 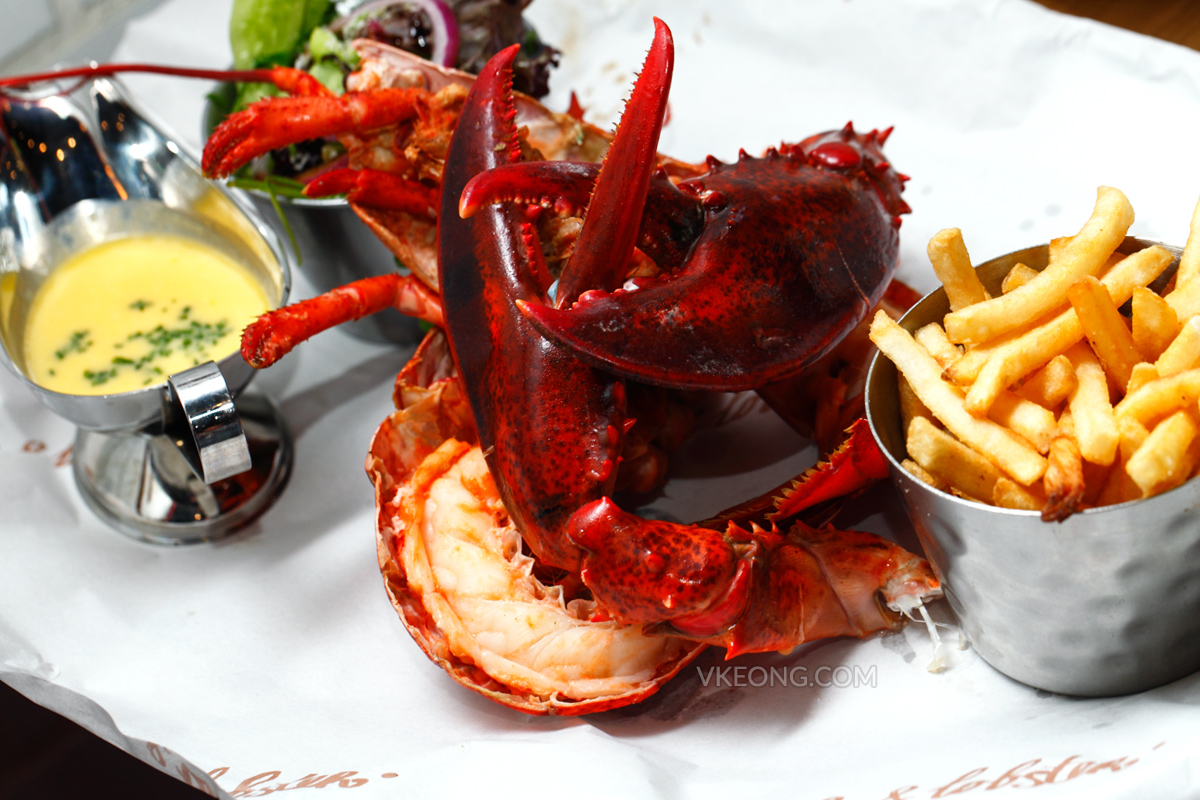 To enjoy the lobsters at their most original flavor, The Original – available steamed or grilled is recommended. They are served with a choice of clarified butter or B&L’s famous lemon & garlic butter according to your liking.
It is also worth noting that all the lobsters served at Burger & Lobster are compassionately killed without suffering using Crustastun, a sophisticated machine that employs electro-stunning which ultimately improves the meat’s texture and flavor. 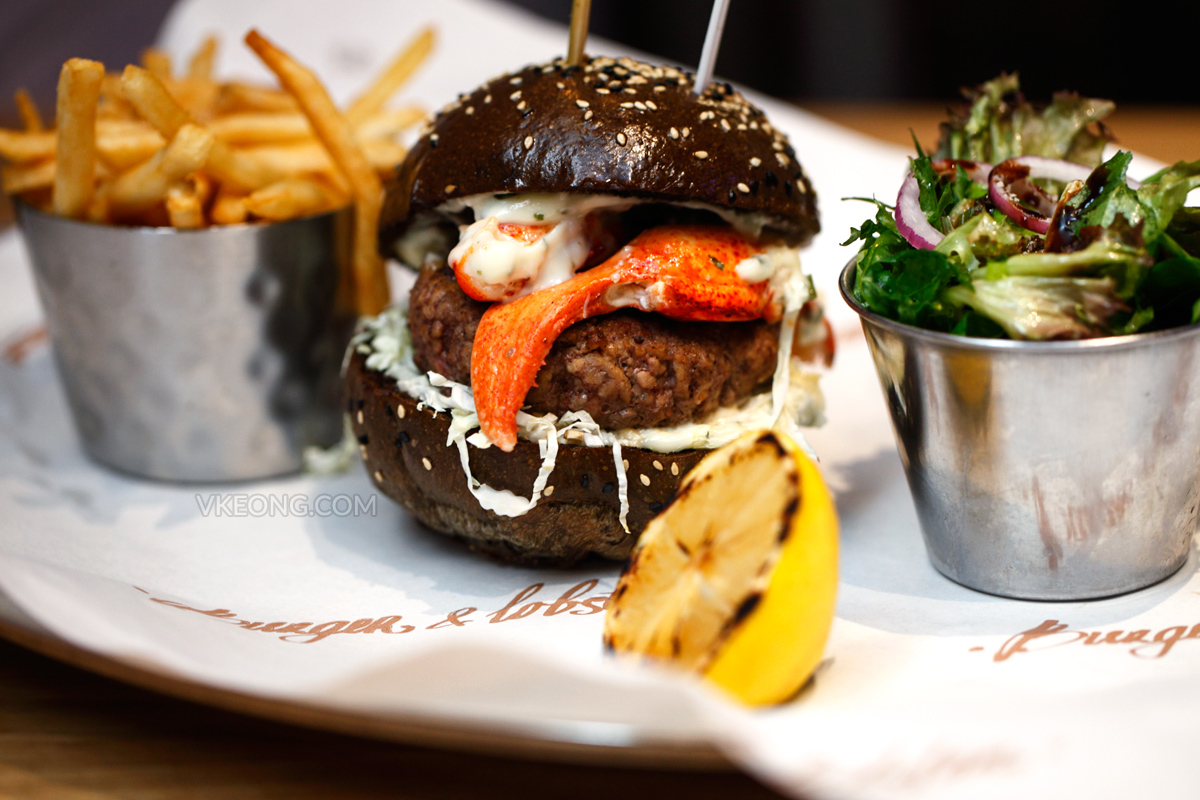 Among all the items I had, my favorite was The BnL Burger so I saved it for the last. It’s a massive 168g burger topped with lobster – pretty much a surf-and-turf in the form of a burger.
The thick and juicy patty was perfectly cooked to a medium as requested (with the help of meat thermometer) and there was almost half a lobster worth of meat as well. When the best of both worlds come together, you can expect nothing but a lip-smacking experience. 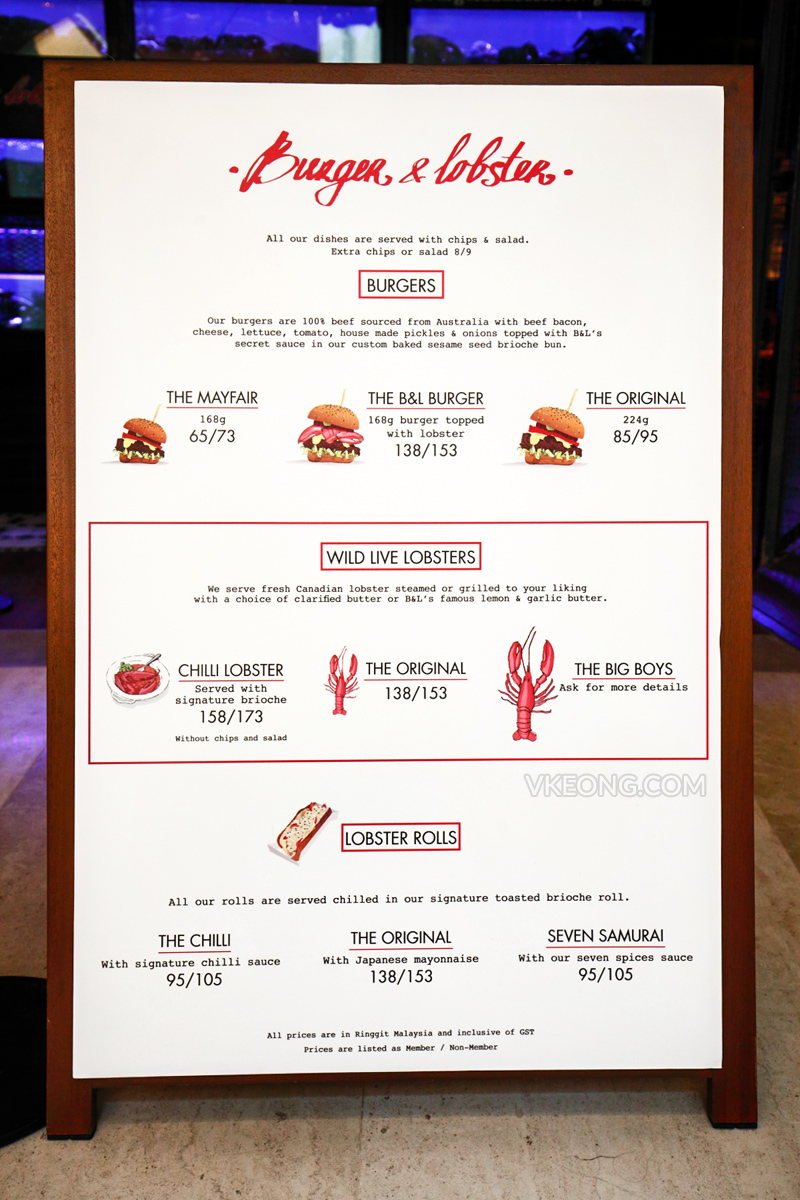 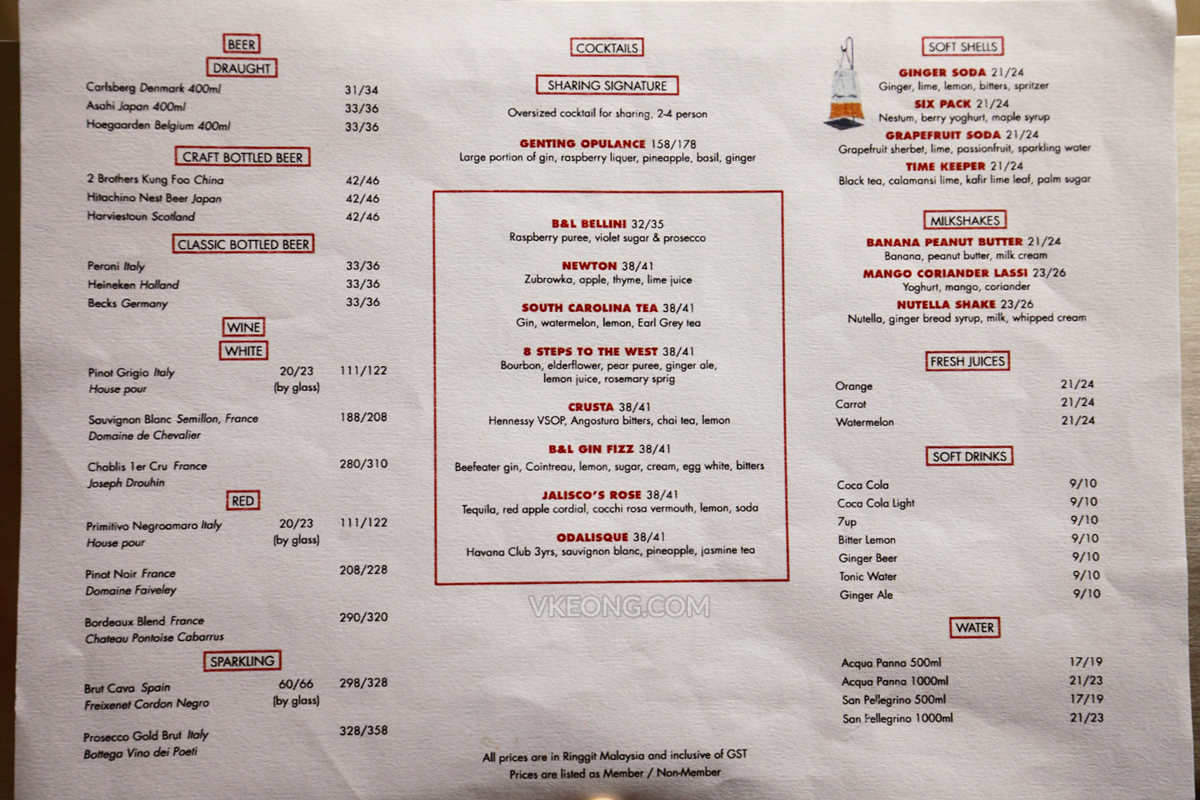 The food menu is as simple as it gets, there are only nine items to choose from. Plenty of alcoholic and non-alcoholic drinks to choose from though. If you are wondering why there are two numbers for the prices, that’s because they are listed as Member / NonMember prices. Genting Club membership that is. 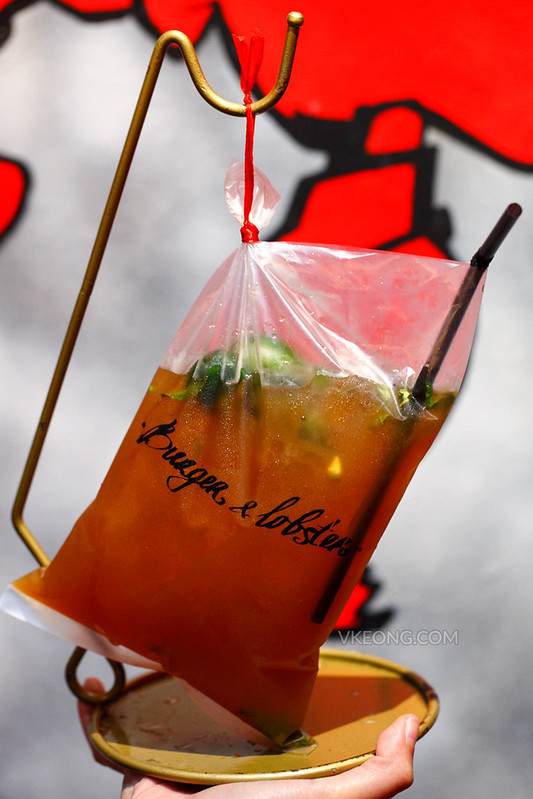 The Timekeeper (Black tea, calamansi lime, kafir lime leaf, palm sugar) is one of the more interesting drinks we had that night. It’s clearly a reflection of our ‘tapao’ culture which Burger & Lobster found intriguing – hence was included into the menu. For more photos of the establishment, refer the following gallery. 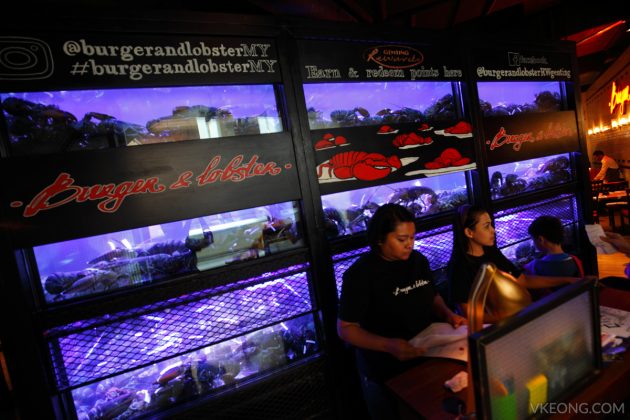 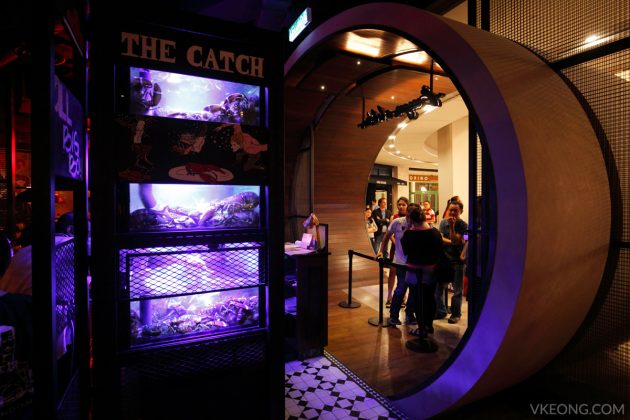 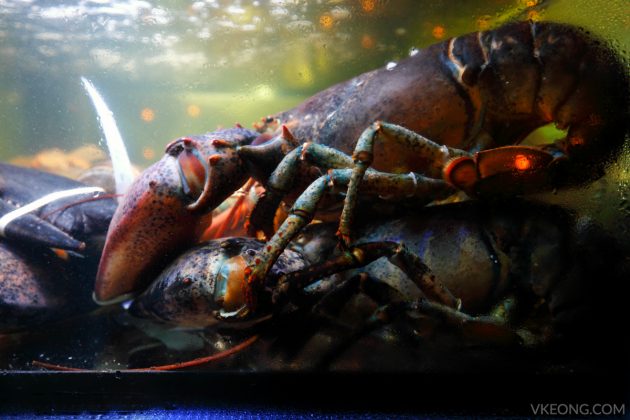 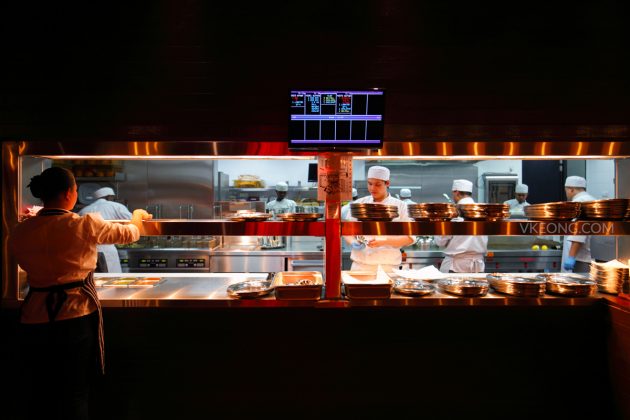 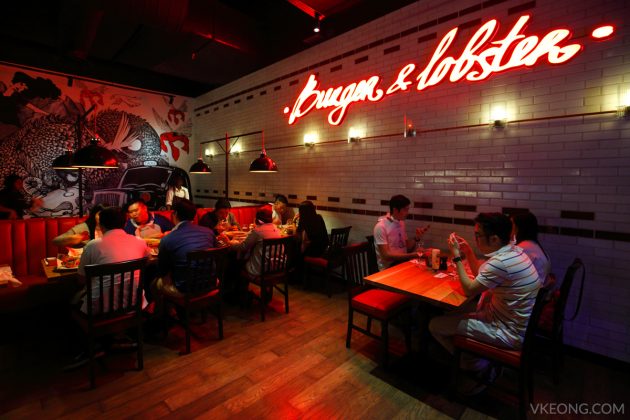 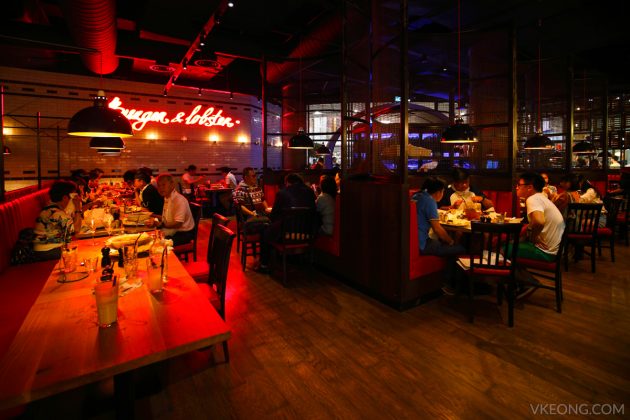 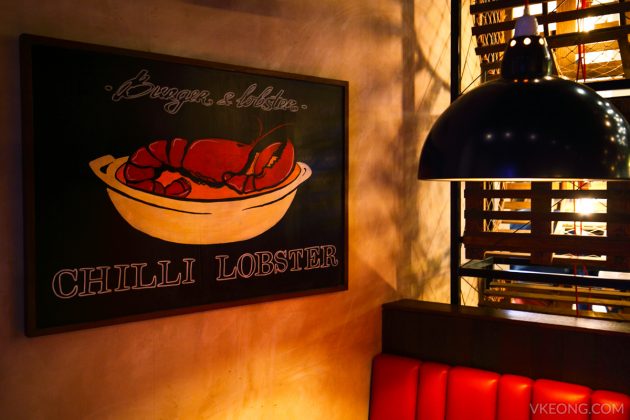 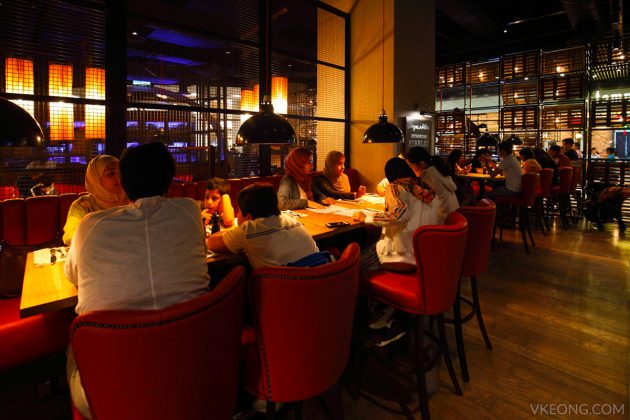 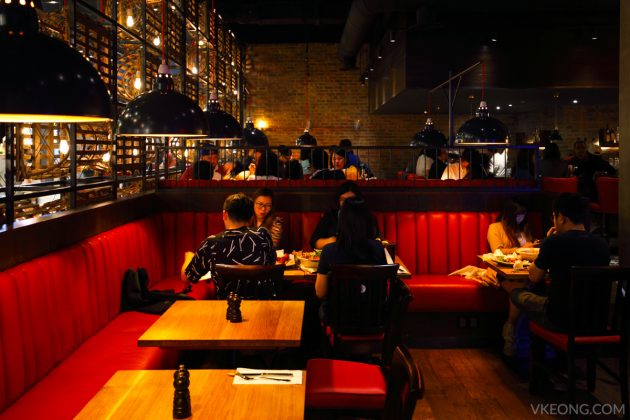 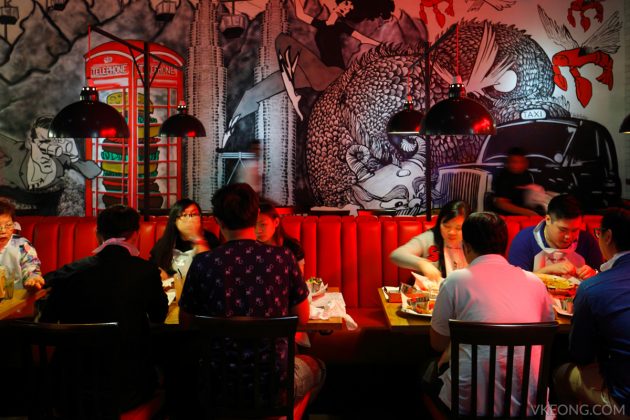 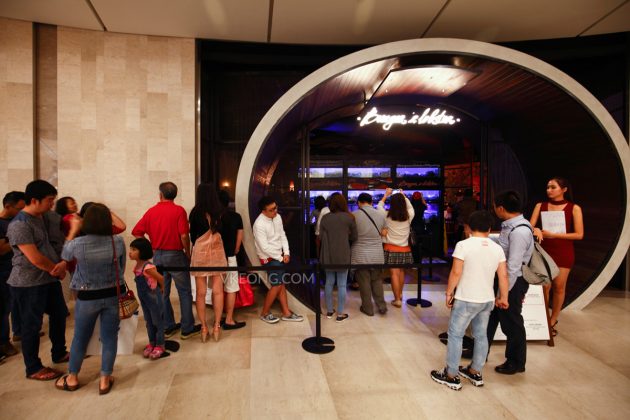 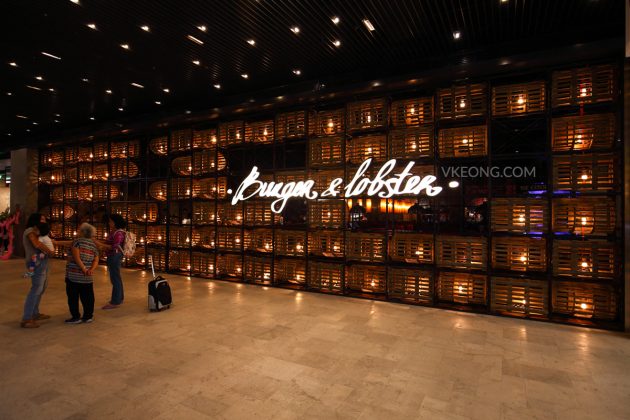