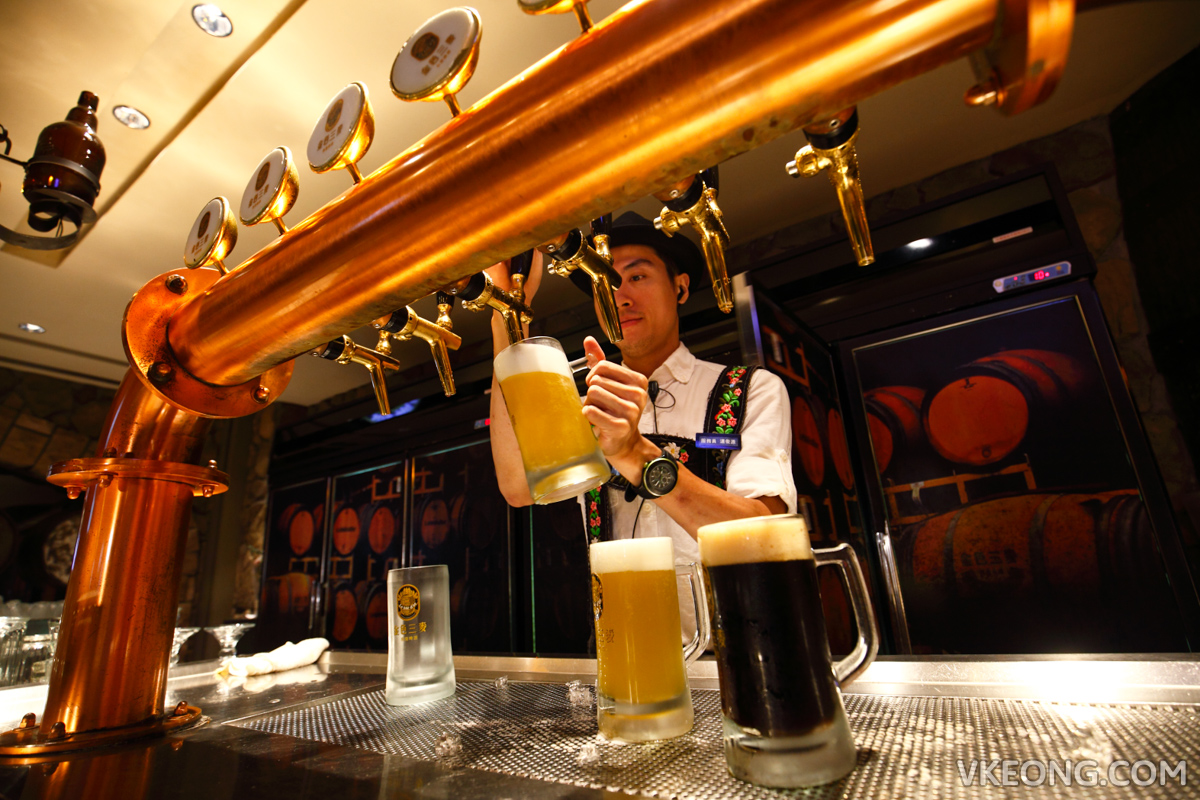 The truth is, there is only so much street food you can eat in Taiwan before you get bored. By the fourth day we were already hankering for something different and we wanted to enjoy a proper sit down meal.
For that, we headed to Le Blé D’or in Q Square shopping mall. FYI Le Blé D’or is a chain of restaurants operated by SUNMAI (金色三麥), an award-winning Taiwanese craft beer company. So you can expect to savor some really good beers here as well.

Despite having a French name, their menu consists of mostly German-European and a couple of local dishes with bold flavors that are designed to go with beer. Price wise it’s understandbly higher than most eateries in Taipei considering the classy and intimate setting.

While you are here, don’t leave without trying their beers. Based on a couple of beers we sampled, I enjoyed the Craft-Brewed Honey Lager (350cc @ NT$170) the most. It was a pleasant and easy to drink beer with a sweet fruity flavor and honey aroma that you can taste.
Although it might not appeal to hardcore beer drinkers but it’s great for social drinkers like us. Shown above is their Beer Sampling Platter @ NT$280 which lets you pick any three flavors you want available in their beer menu. 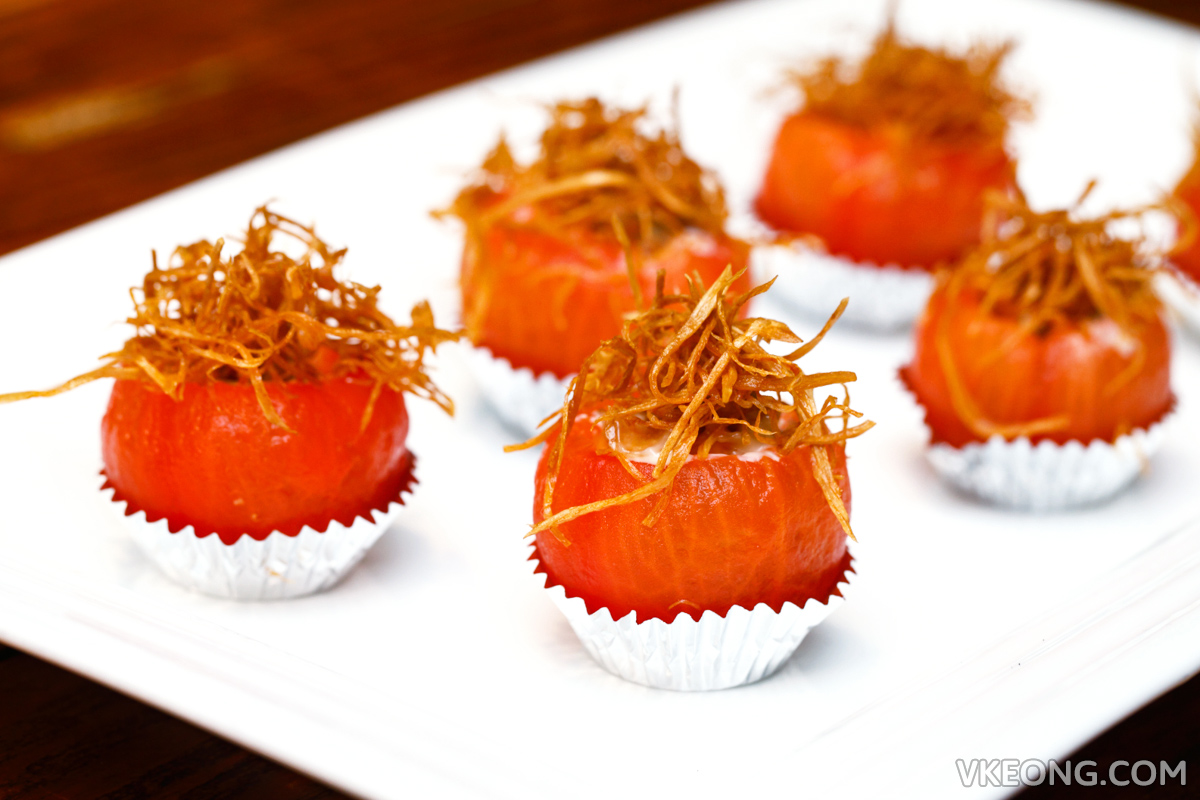 During our visit they just launched a couple of new appetizers and this open top tomatoes with fried mushroom stems (番茄爆炸头) @ NT$320 was one of them. The specialty about it is that the tomatoes were grown in a greenhouse under controlled environment. No wonder they are so evenly sized, sweet and juicy. 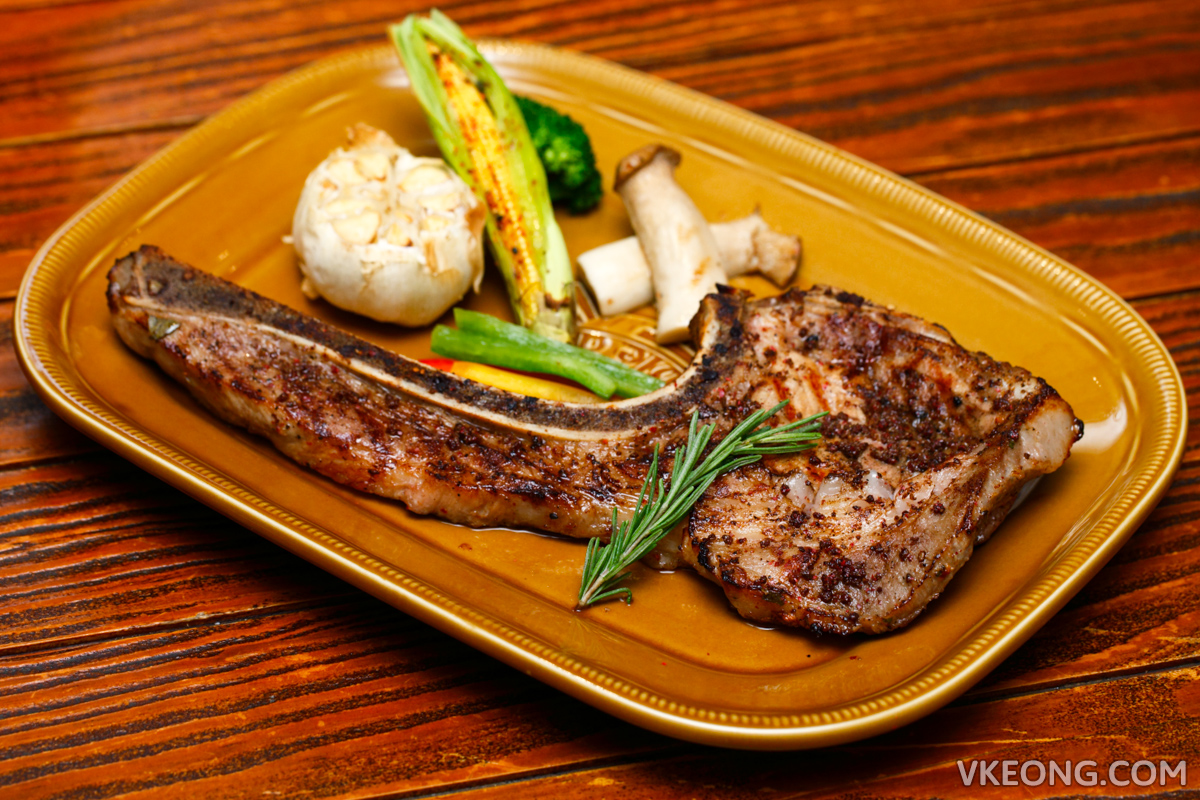 This is without a doubt one of the best pork steaks I have ever had. Le Blé D’or’s Pork Tomahawk (嫩烤战斧猪排) @ NT$680 is prepared using a special breed of humanely raised pork from Yunlin county called “究好豬”. The texture of the meat was incredibly tender and flavorful even on its own. 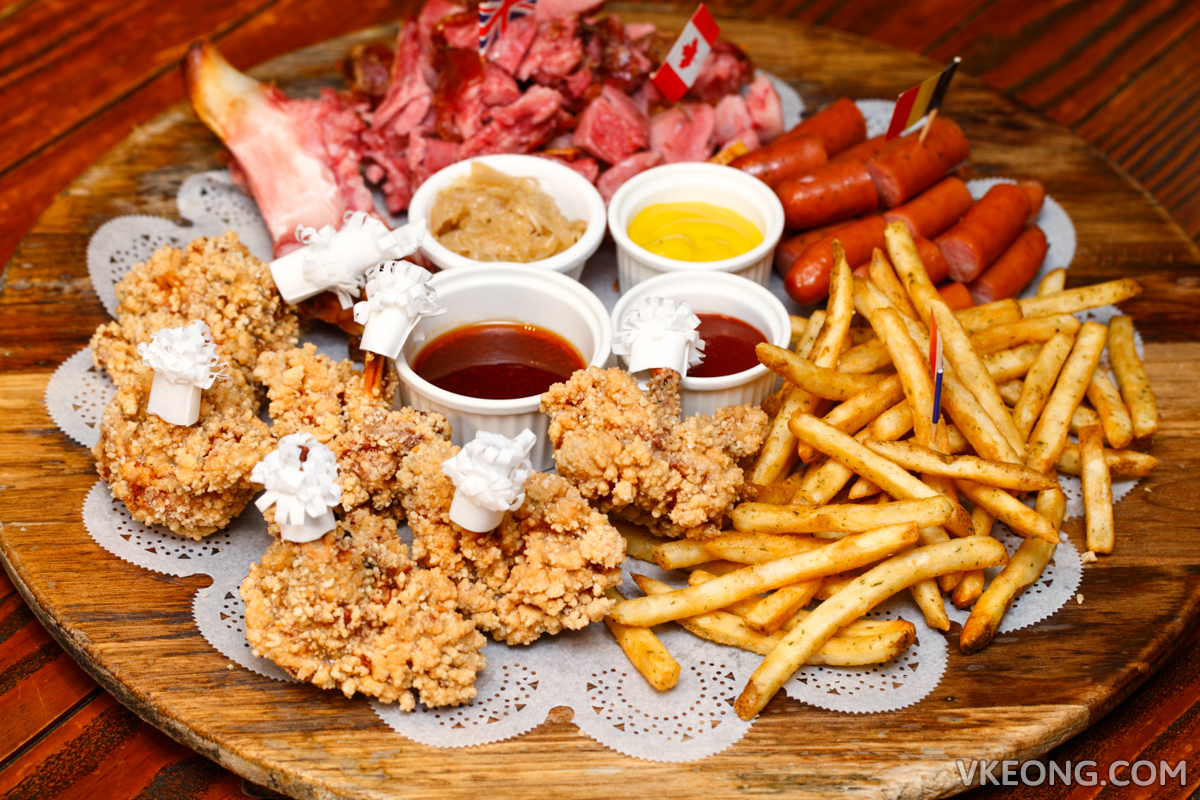 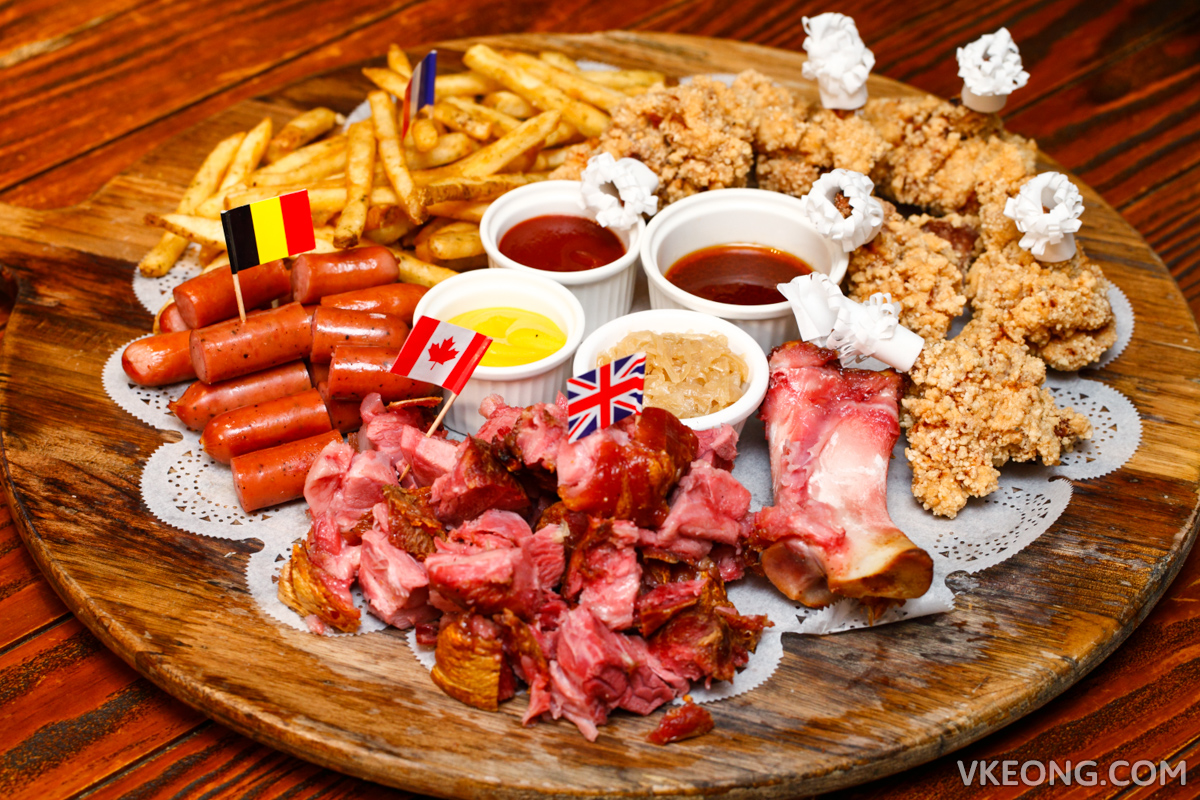 Their signature Deluxe Assorted Fried Platter @ NT$1180 comes with a pork knuckle, sausages, deep fried chicken drumettes and a huge portion of French fries. It essentially combines some of their best sellers from various countries into a platter, great for sharing. 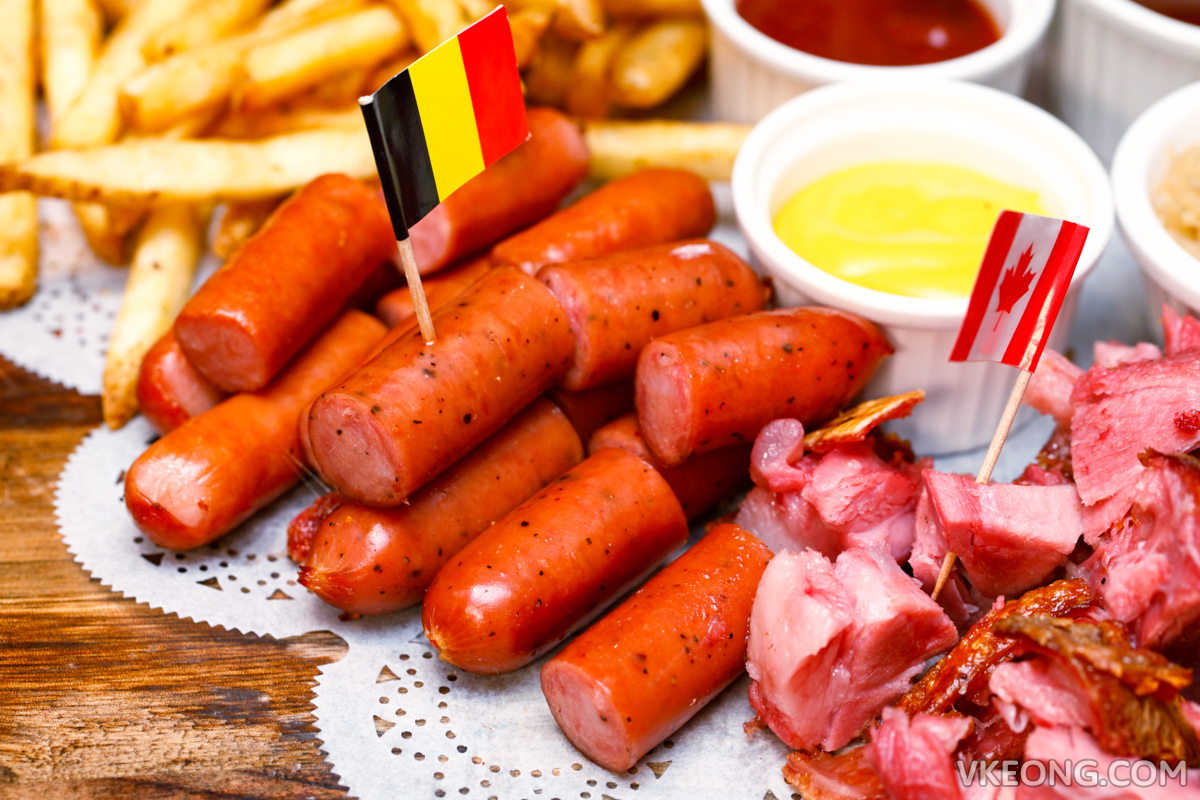 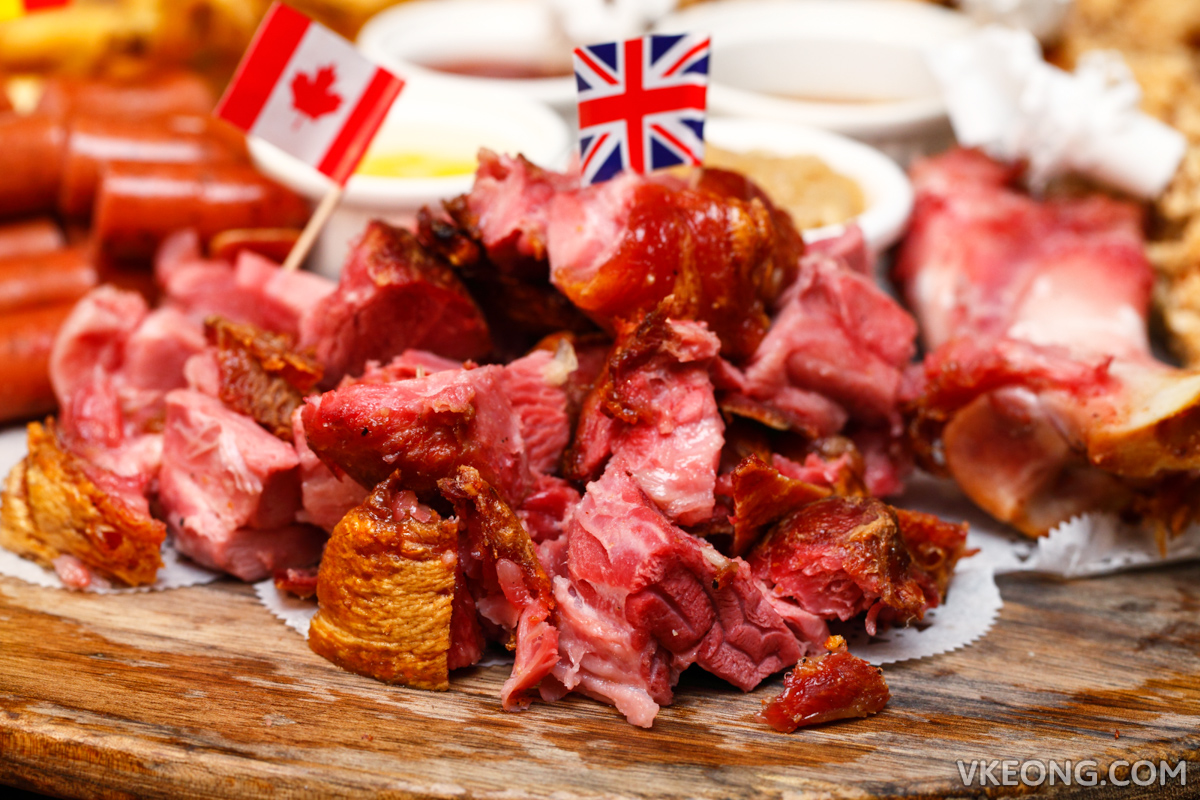 The French fries was, well, just fries. But everything else tasted above expectations especially the pork knuckle. It was highly memorable with a delightful crispy skin and the meat was cooked perfectly. The meat just tastes naturally sweet without any porky odor. I think that is because Taiwanese pork is farmed with more care, hence the superior quality. 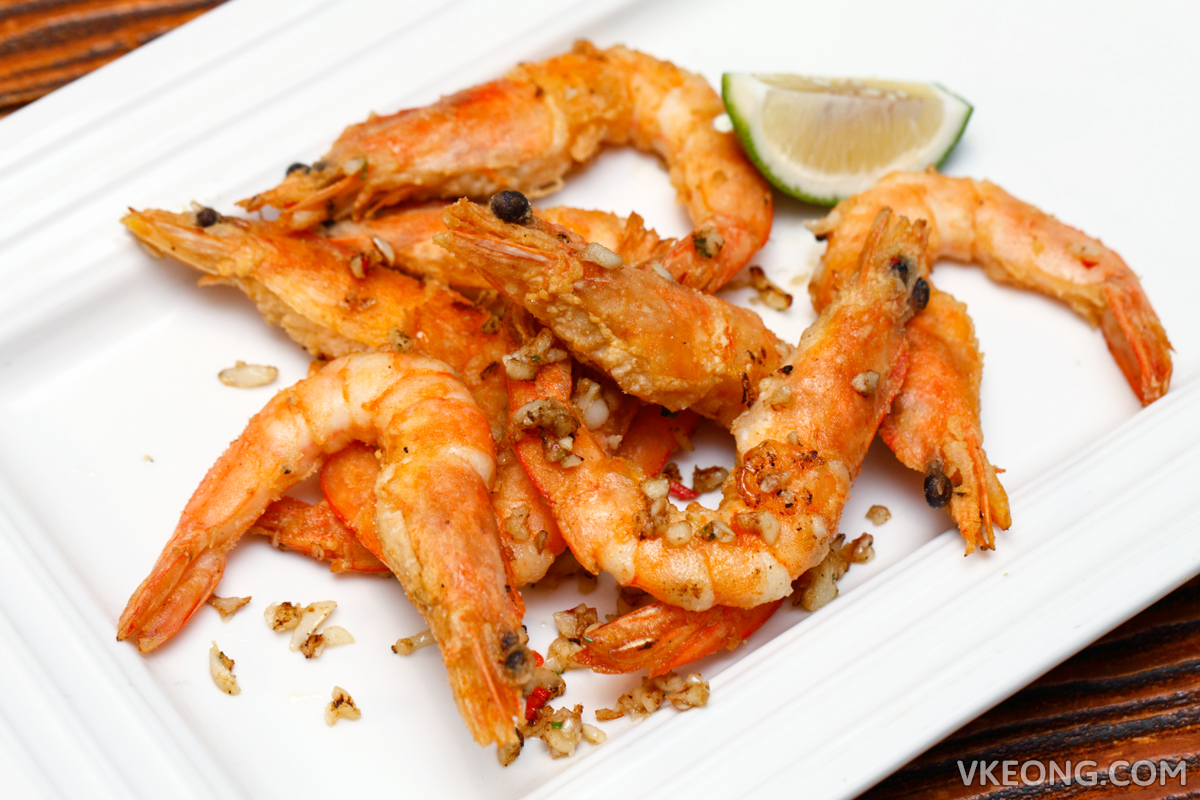 Being a beer themed restaurant there are also a couple of beer-infused dishes like the Beer Flavored Stir Fried Shrimps (金色三麦现酿啤酒虾) @ NT$320. The shrimps had been deshelled so you can just tuck into them. They had a nice garlicky aroma with a hint of spiciness that pair extremely well with a cold beer. 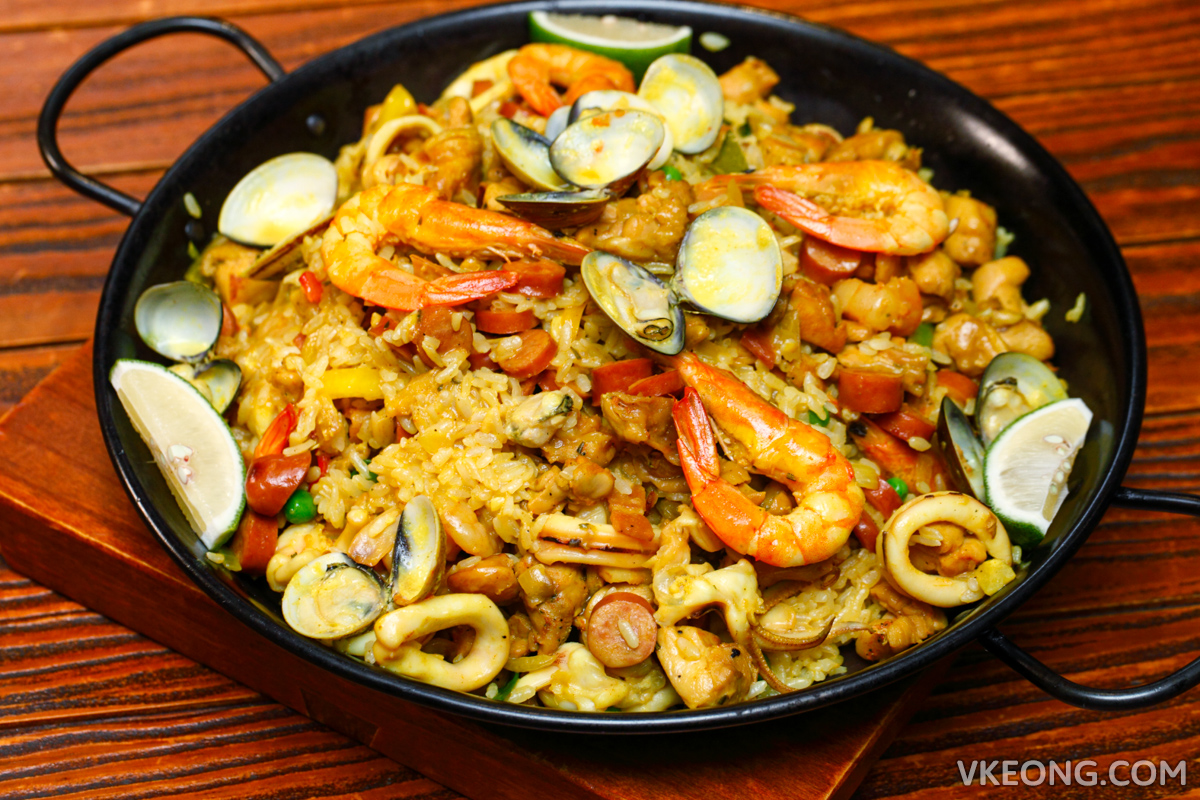 For carbs, we had the Seafood Paella @ NT$780 which to be honest, was not an authentic rendition of the real thing. But if you disregard that fact, it was still a delicious treat of rice in spices, fresh seafood, chicken meat and pork sausages. 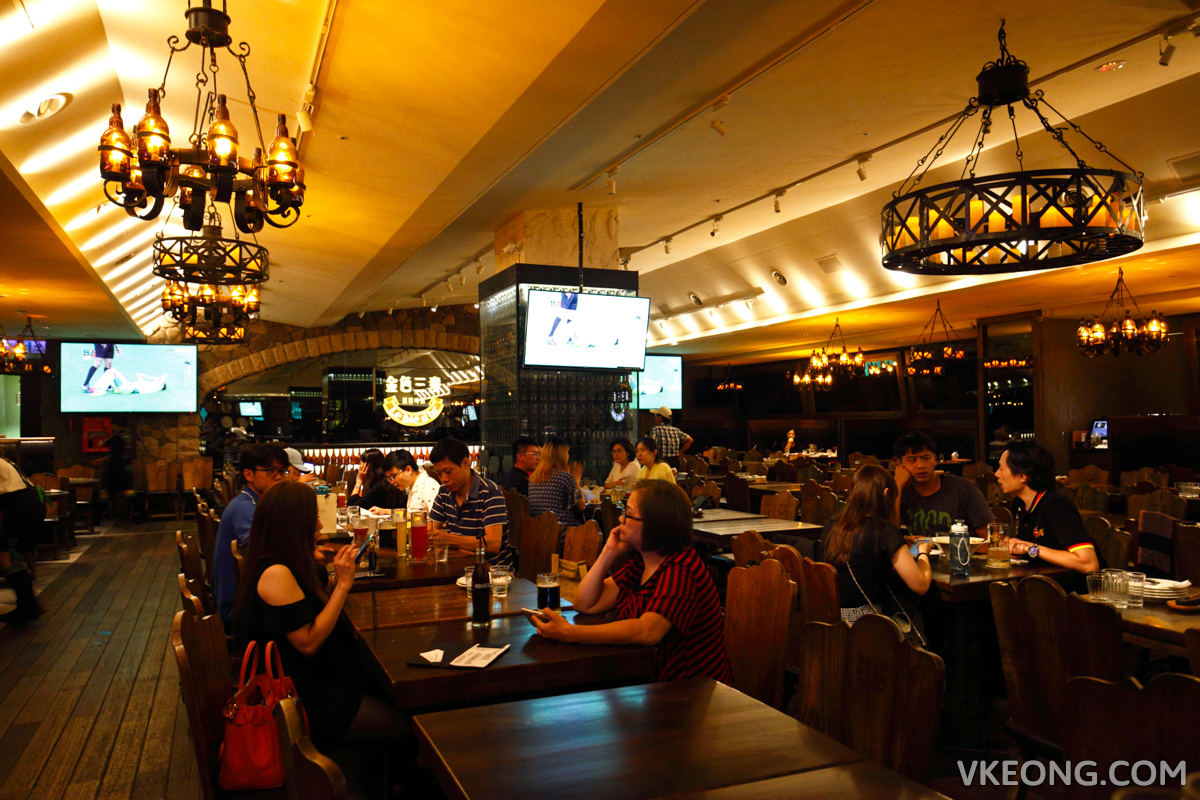 Overall it was a satisfying dinner and I could see why Le Blé D’or is so popular with the locals. Among all the eateries in this mall, they are the only one which was full house and even had customers queuing to enter.
Another reason why they are doing so well is because Q Square mall is located right across the Taipei Main Station. So, many travelers would have a meal here before carrying on with their journey.