One look from across the table – I noticed haggard expressions. It was obvious that all of us were still drained from the late night out yesterday. Hence, I was really expecting a peaceful dinner of small talk and composed laughter. For a seemingly muffled setting, turned into a whimsical playground towards the end.
More pictures. More fun. More dinner parties. Read more about my Peachy birthday celebration – Coming soon.
Huck’s Cafe
Aptly named Huck’s Cafe, this private kitchen stirs up a storm of unique creations, or Huck’s creations if you may. Handcrafted by none other than chef-come-owner Huck Seng himself. Inspired by the sights and zests from his travelling stints, this exclusive home dining experience serves mainly, Asian, Italian, Mexican and Western cuisine.
Prices start from RM88NETT per pax, including an appetizer, one main course, a dessert and three drinks. Its a full course dinner and you can’t order individually. 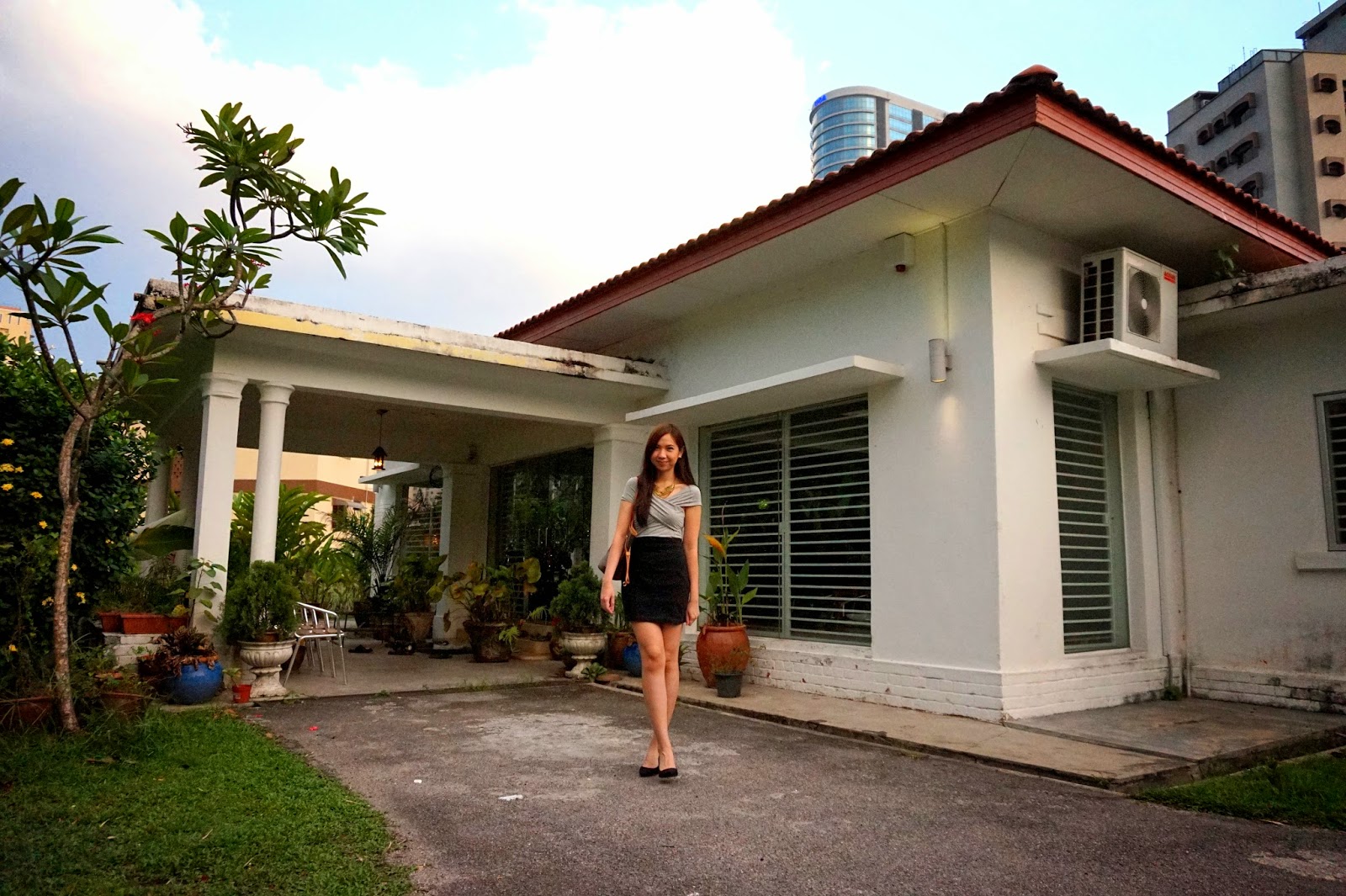 If it weren’t for my friend who has dined there previously, I would’ve had difficulties locating the place. There was no signboard nor any clear indication of this being a restaurant, apart from the row of cars parked outside that is.
Like most first timers, I walked into this private bungalow with an extremely puzzled look on my face – like I’ve just walked into someone’s house. Despite that, from what I was told, securing a booking could be formidable. Its always fully booked.
Further information and bookings can be made via their Facebook page and phone only Here. 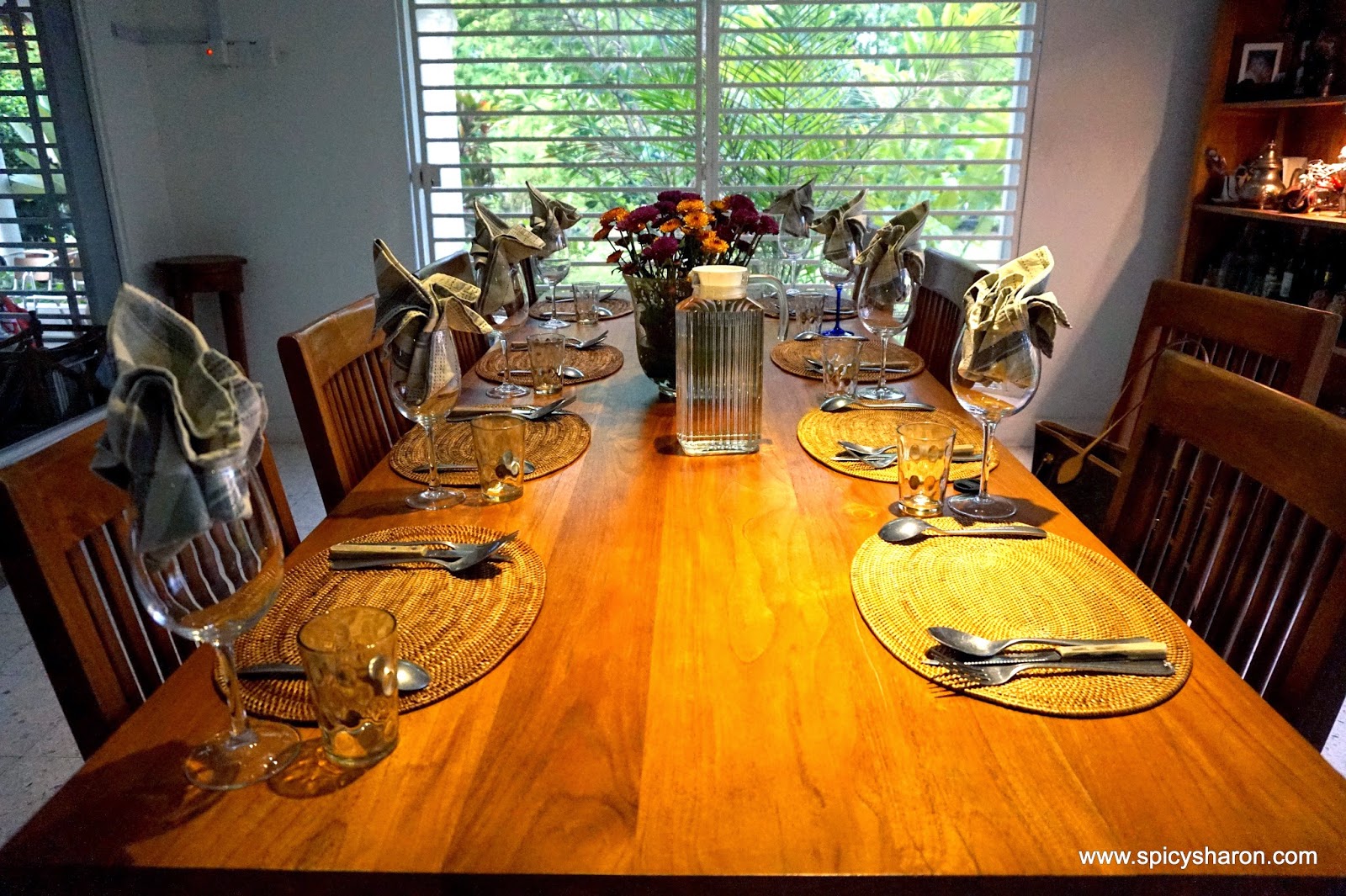 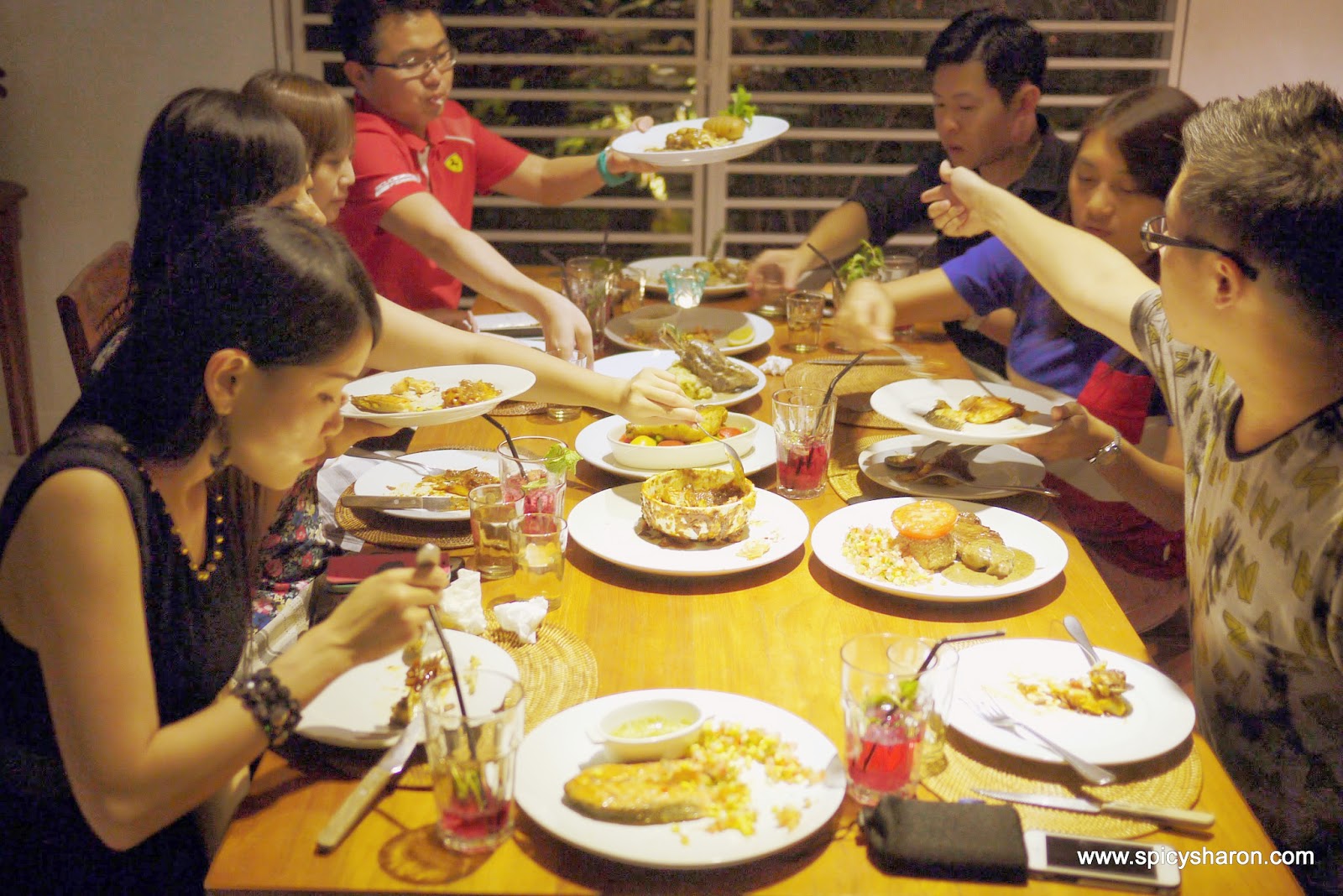 Tonight – we opted for the Surprise menu. That’s right, you wouldn’t know what you’ll be having until dinners’ served. But of course, if you’re fickle on certain dishes, you can always note that prior. The menu changes frequently, depending on Huck’s inspirations I suppose. We ended up sharing and sampling most of the dishes that night. What a fantastic way to built camaraderie.
Huck’s Cafe can house about 40 pax per seating. Dinner starts from 7.30pm sharp.
Basil Seed Mint Soda. 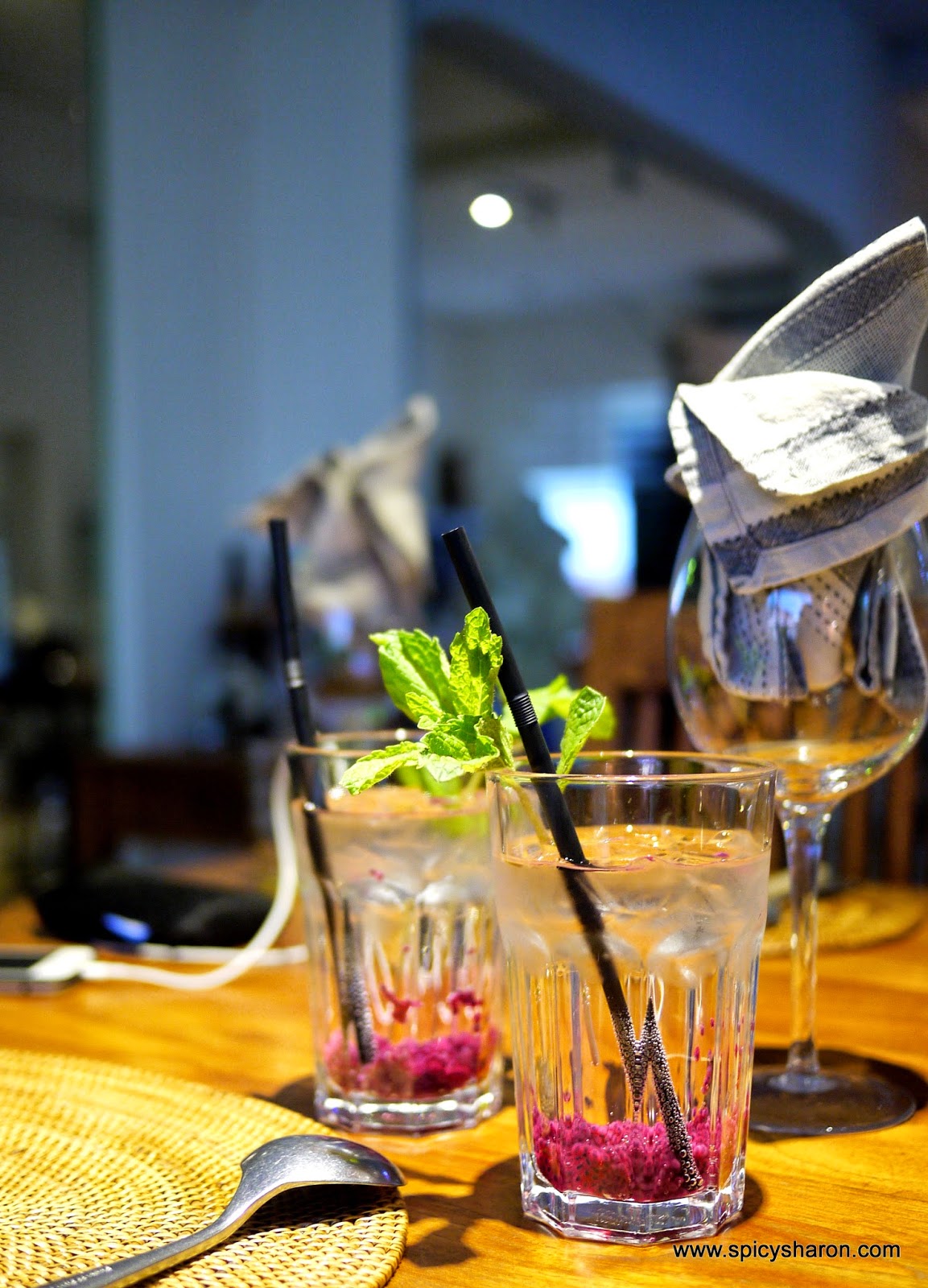 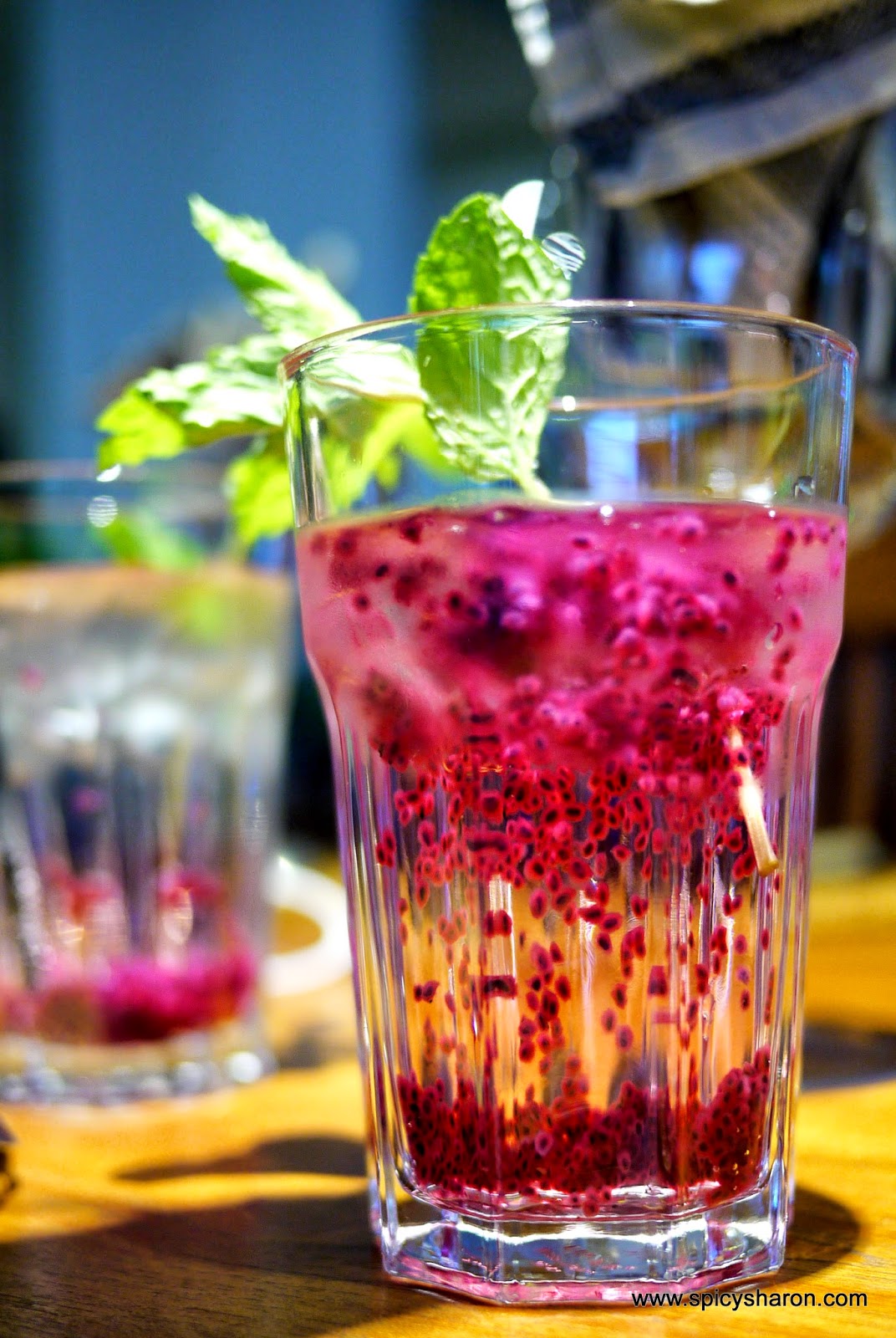 How can you not love the purples and greens? Pretty to look at and refreshing on every sip. It had a sweet twist to it and wasn’t overwhelmingly gassy. Three drinks were served on separate intervals that night. This, ice lemon tea, and coffee or tea towards the end. 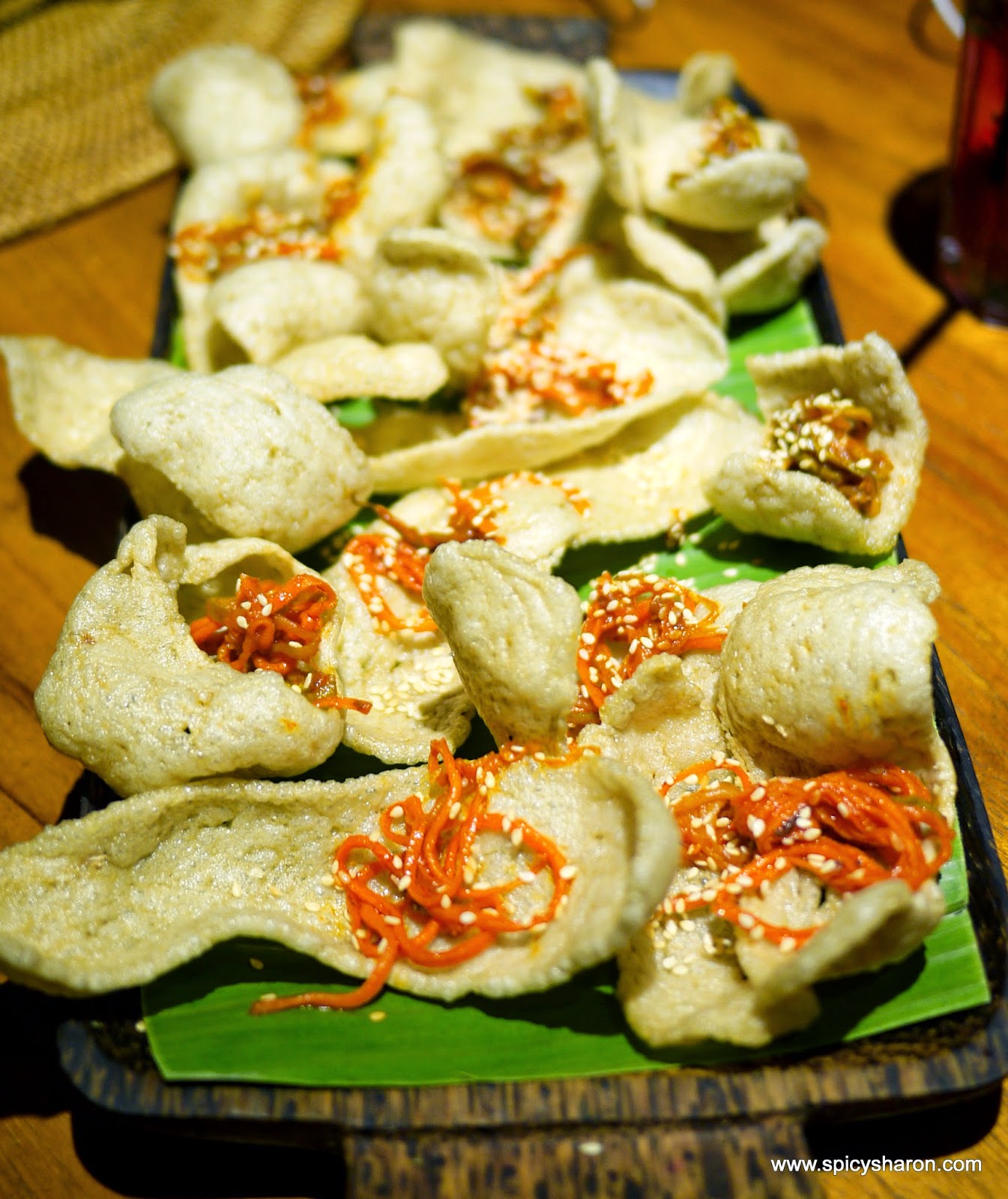 Crackling fish crackers littered with sweet and sour pickled radish. There were two types of acar toppings served on the board, though both tasted rather identical to me. 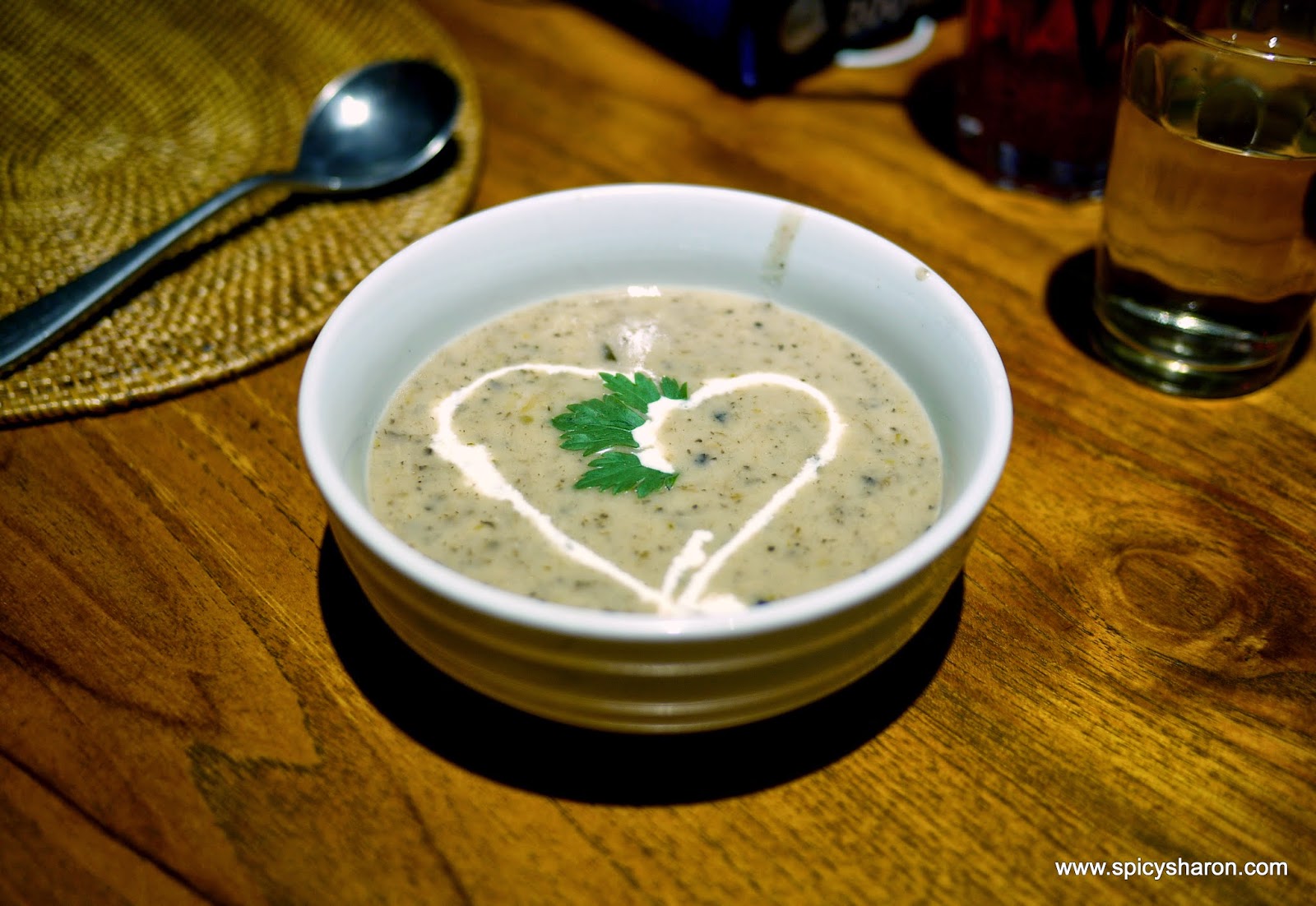 This had an authentic and homemade feel to it. Not overly thick, not too savory, and loaded with cuts of wild mushrooms beneath. 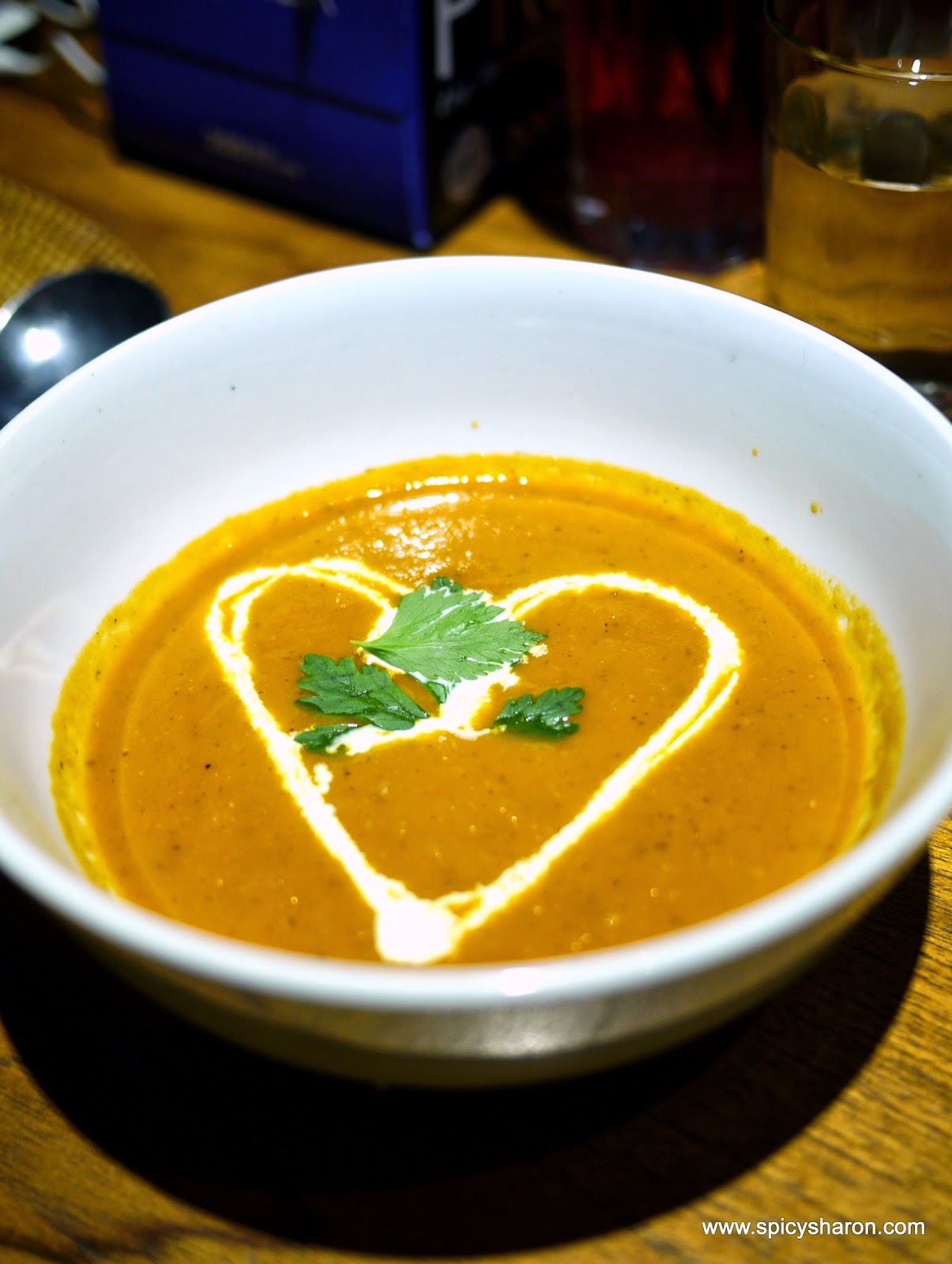 The tomato and spinach soup was the unexpected winner for me. I was quite afraid of the strong sour taste that may emerged from the use of tomatoes, but it came surprisingly mild and creamy. It also had a nice sweet aftertaste to it. 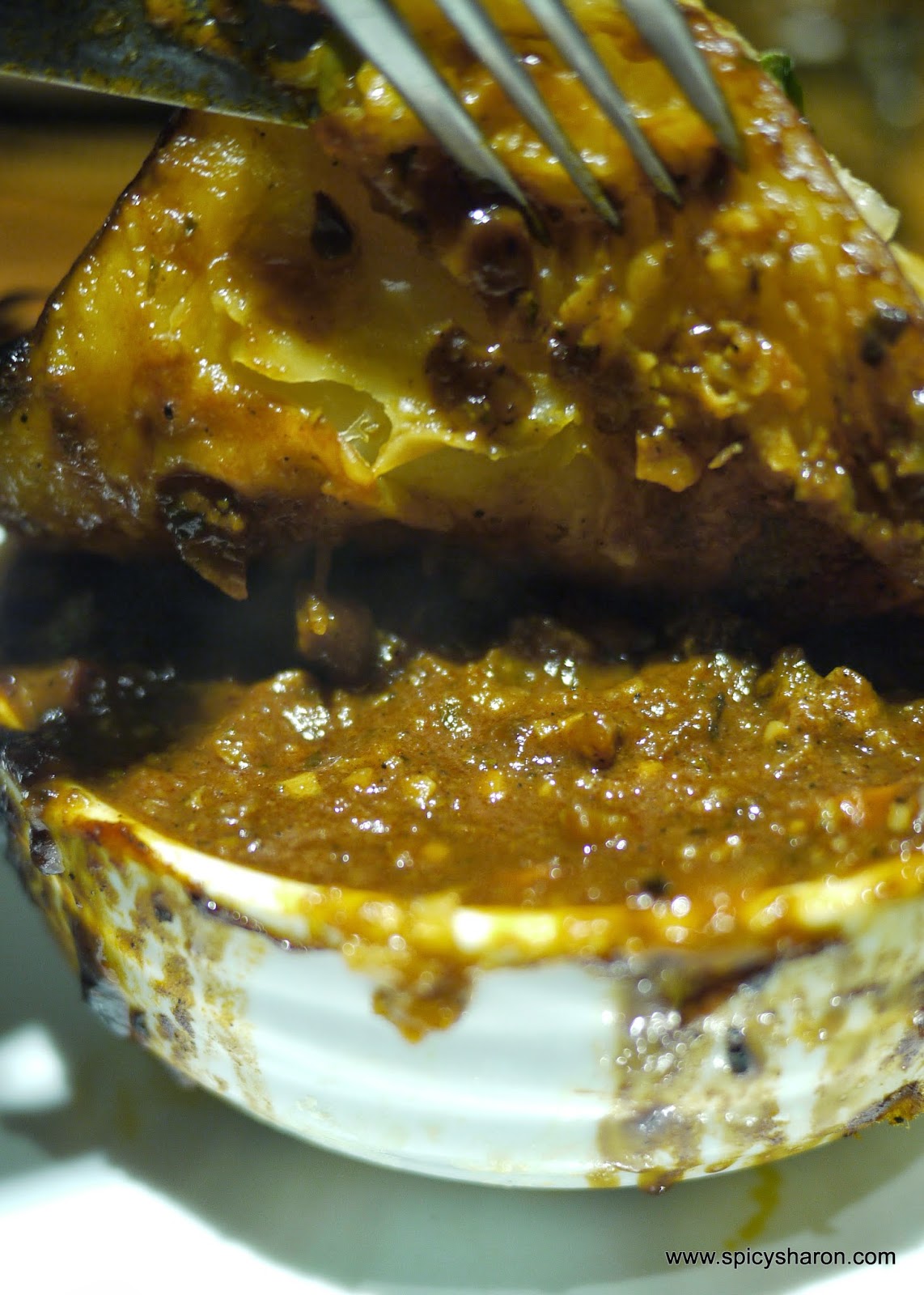 The Guinness steak pie was one of the hot sellers of our table. Everyone was fighting for a spoonful of that steaming hot stew!

I anxiously lifted the filo pastry and peeped at what lies beneath. A gush of steam ensued, revealing a hearty portion of chunky beef stew. I spooned the stew over flaps of crisp filo pastry and popped it into my mouth. It was heavenly, but probably needed a hint more Guinness in it. Definitely comfort food potential. 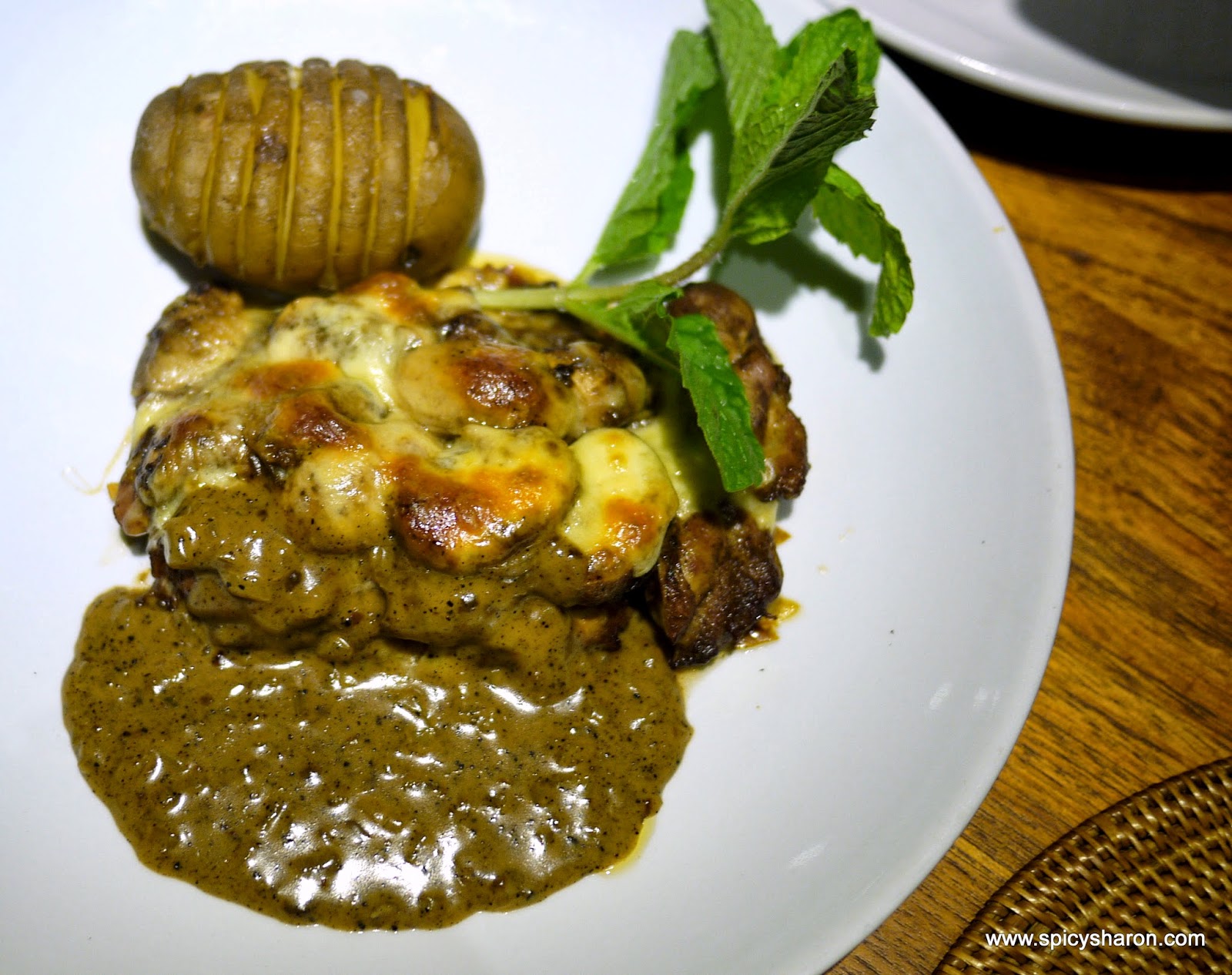 Chicken Parmesan was also one of the hot favorites. Thought obviously not a looker, the dish was easily one of tastiest I’ve had that night. Chunks of tender chicken meat and mushrooms smothered in a layer of savory gravy, covered with a blanket of Parmesan cheese on top. 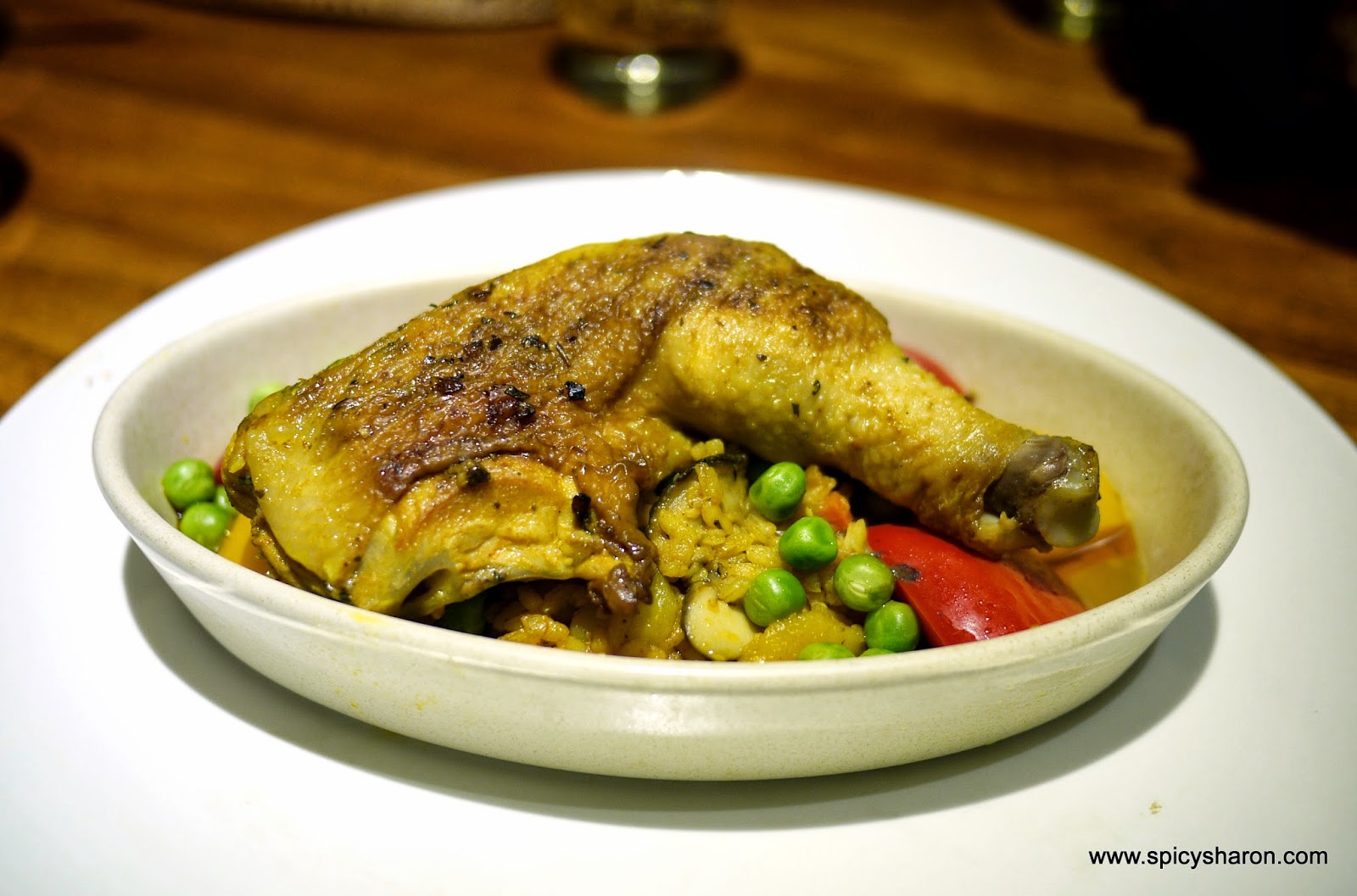 Next, the baked chicken paella. There were loads of colorful capsicum in the paella, garnished with a handful of peas. Though the saffron flavored rice was a little bland for my liking, I greedily famished off the entire chicken towards the end, on my own. FYI – I can eat a lot of chicken. 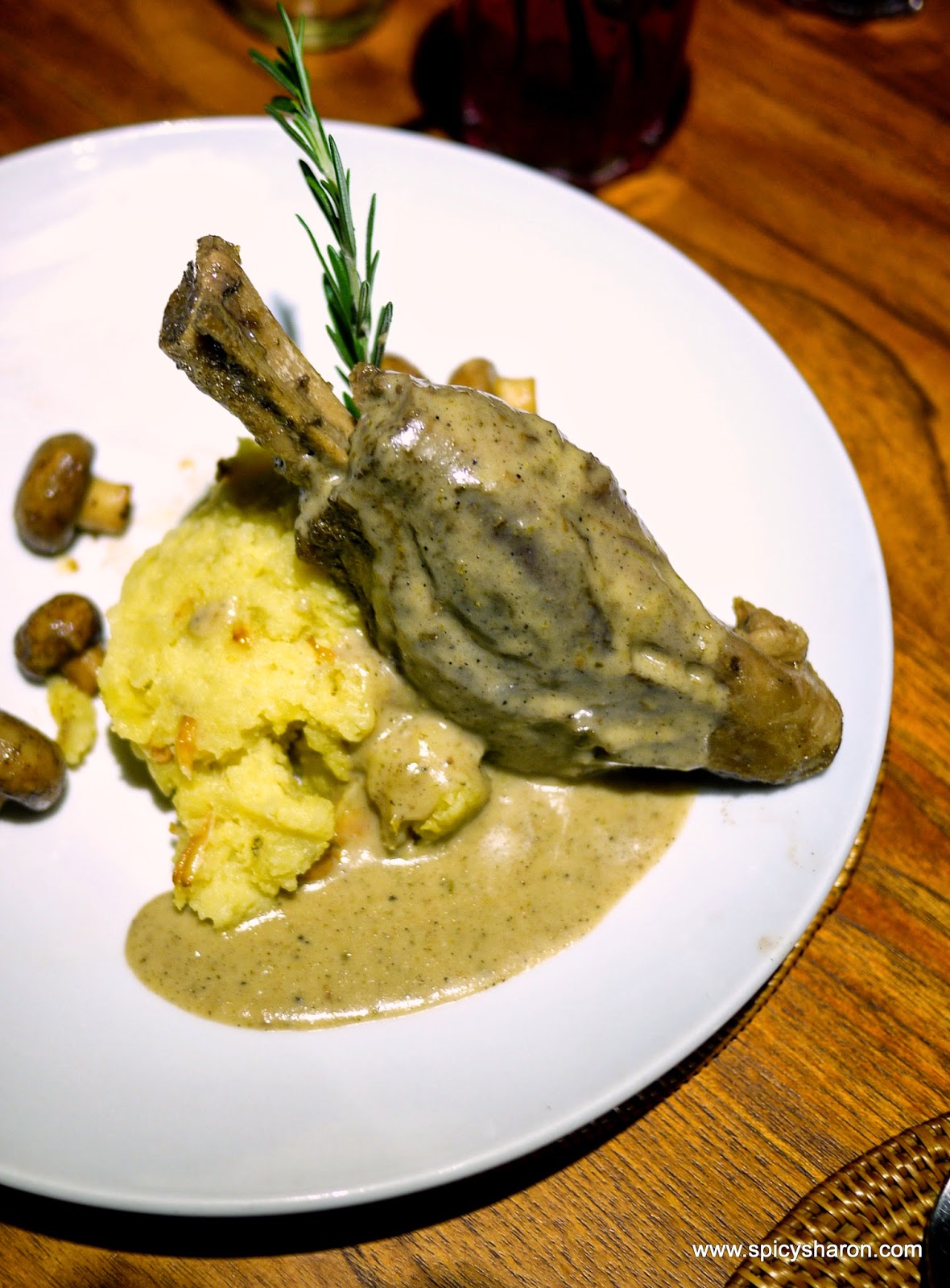 At a glance I thought, reheated? The sauce was the tell-tale of my verdict. Despite that, the lamb shank tasted quite pleasant. The meat tender and the mashed potato was one of the fluffiest I’ve had too. 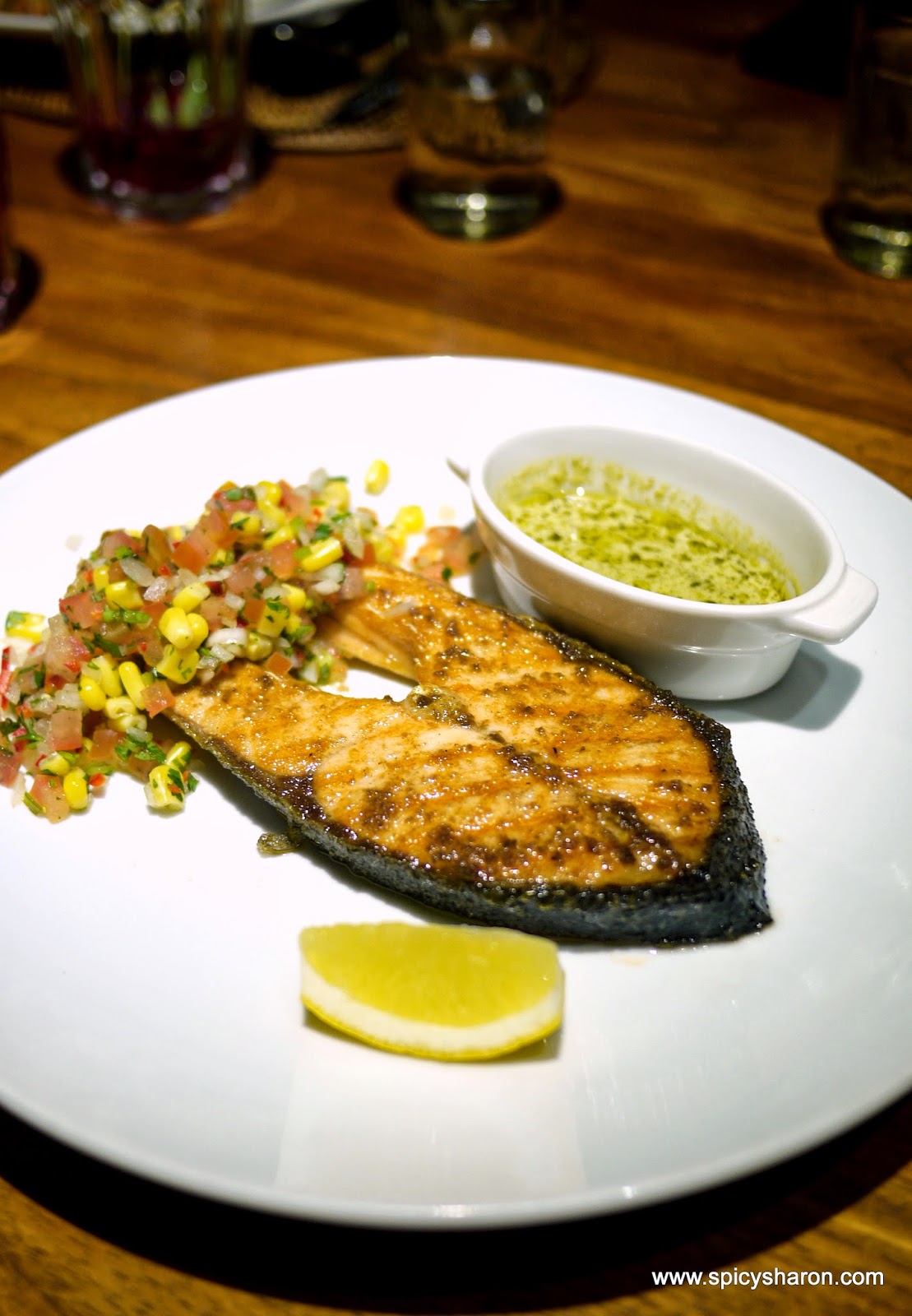 If it weren’t for our urge to sample as many dishes as possible, we’d probably choose not to order this at Huck’s. The salmon was cooked fine, and what I thought was mint sauce at the side, those tasted fine too. That said, there were really nothing spectacularly memorable about this dish. 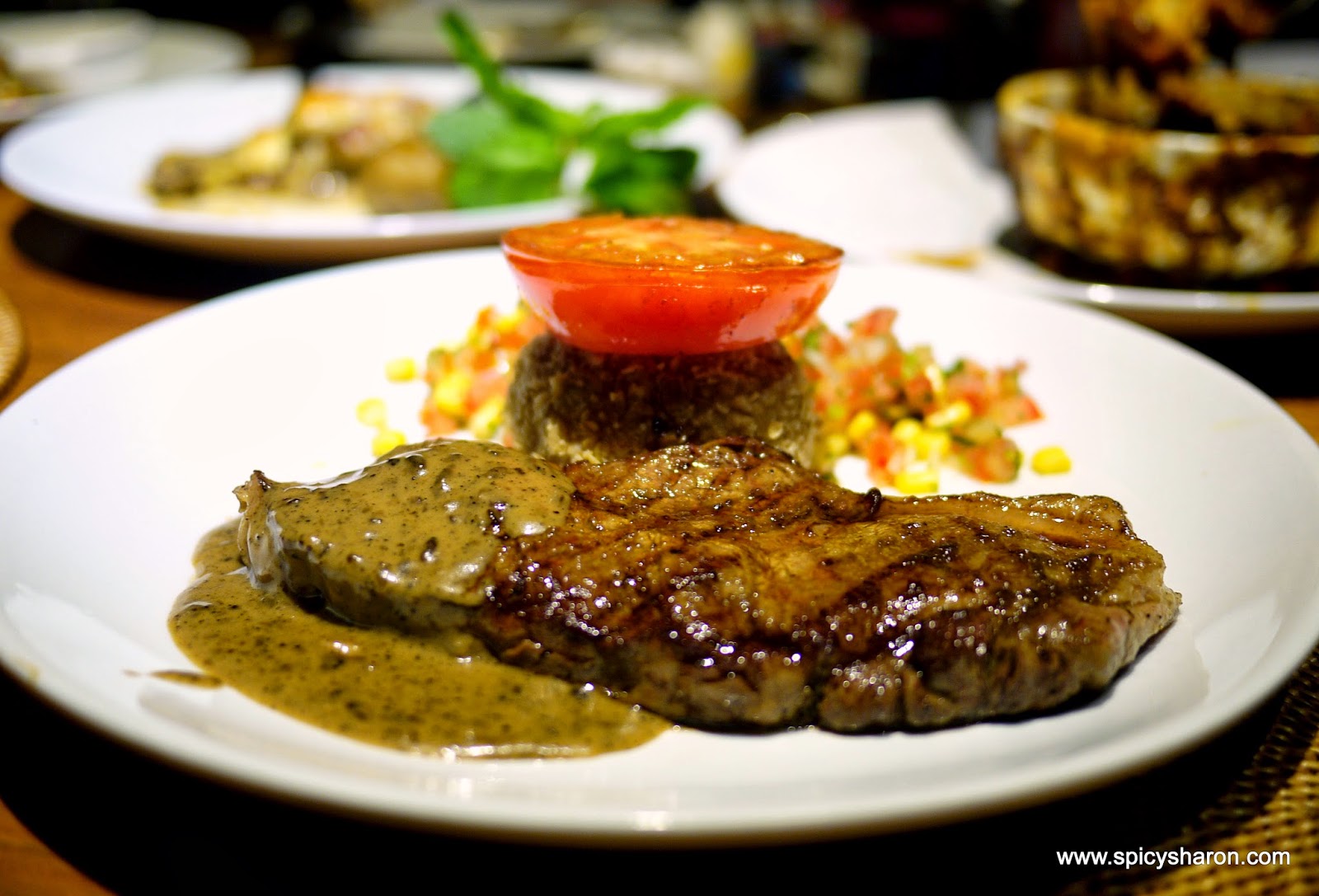 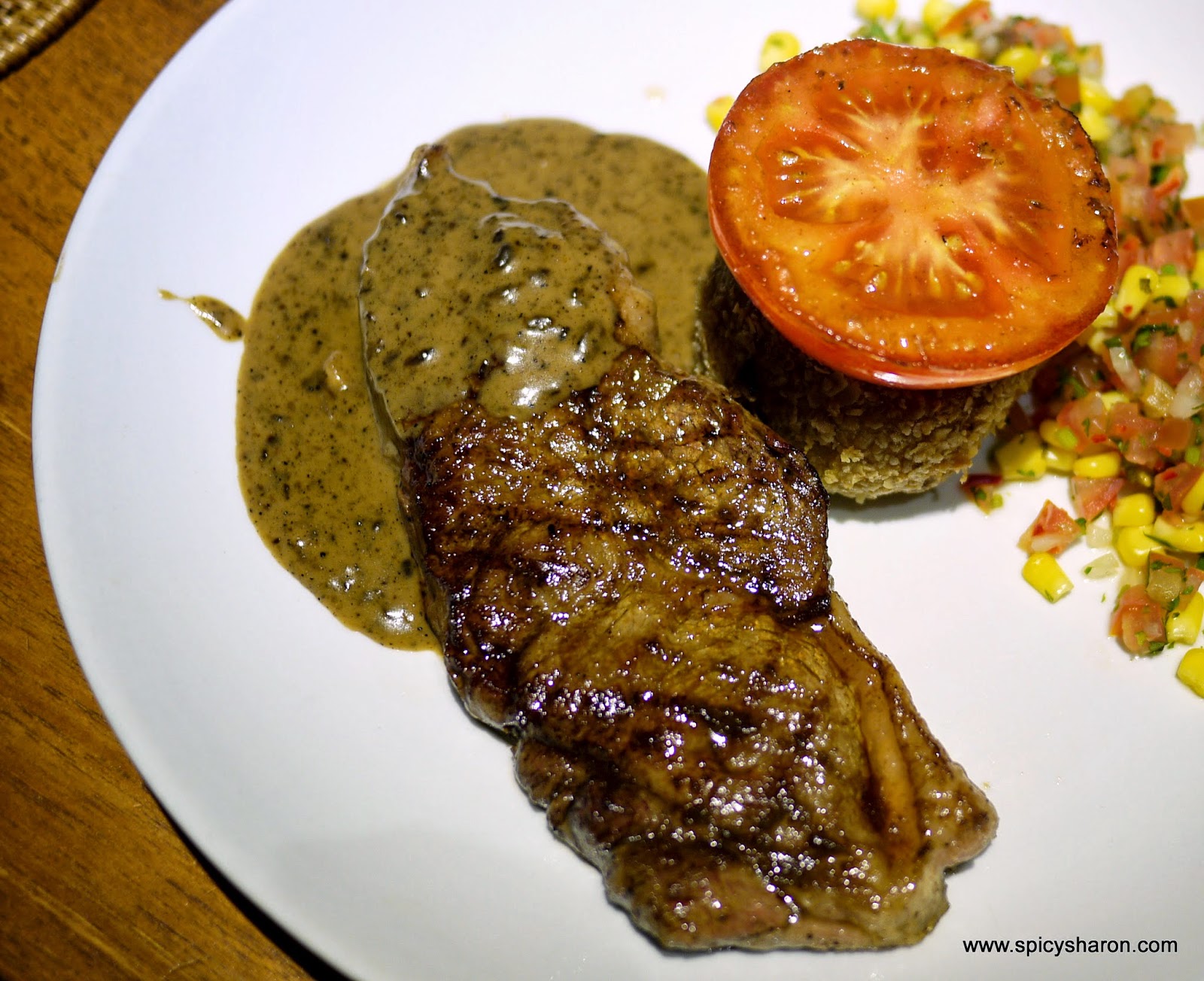 I am a huge fan of steaks but this version didn’t taste as tantalizing to me. It was nice to look at, but tasted rather flat on its own. The choice of cut was also a little too buttery and chewy for my liking. However, knowing that its steak we are talking about here, everyone was fighting for a piece of this meat!
At the side, we have the crumbed potato ball. That – was a delight to sample. Crisp and crunchy on the outside and warm and mushy inside.
Durian Mudpie Ice Cream. 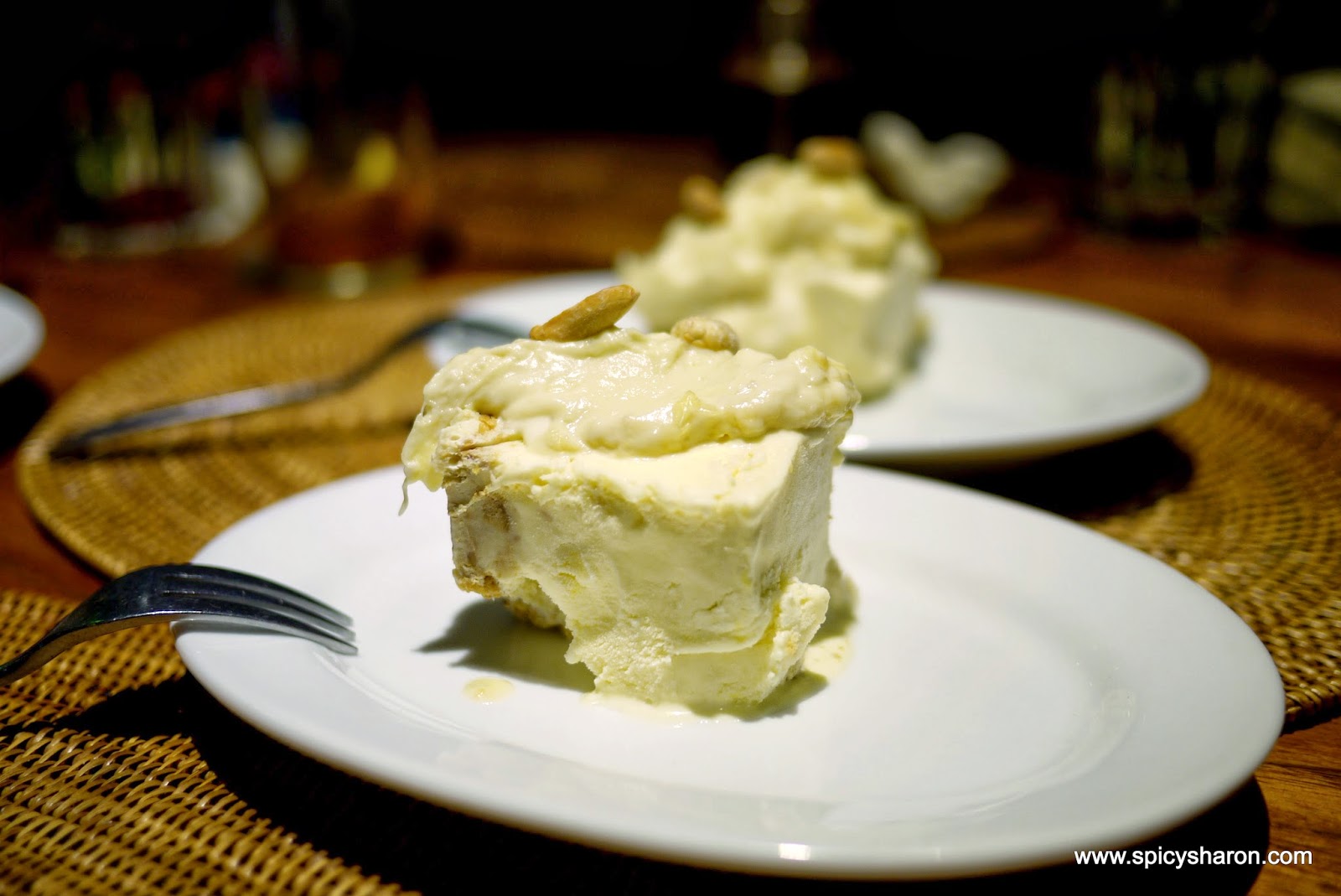 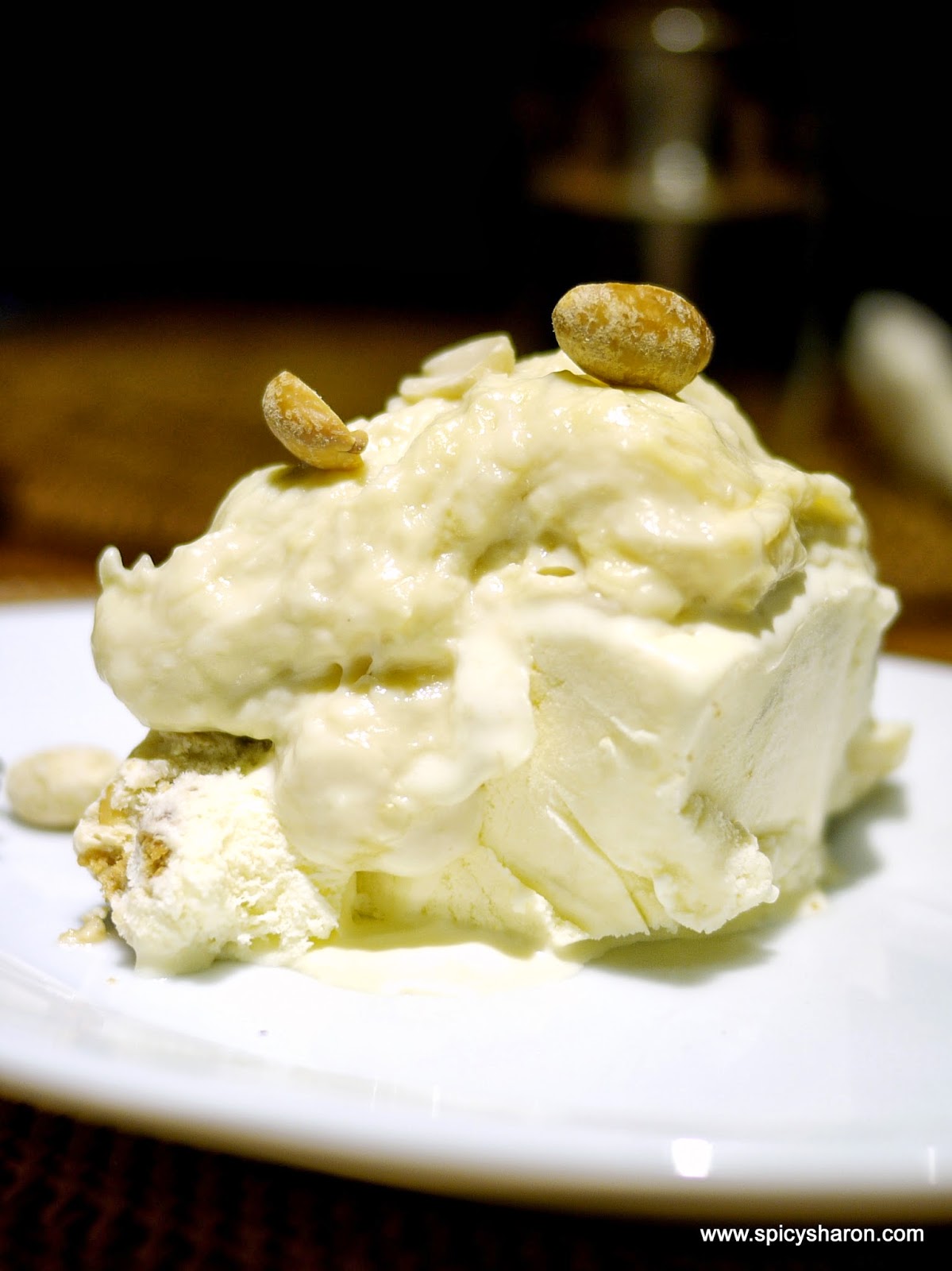 Durian fans – you will be spoilt! This is one of the top selling dessert of all time at Huck’s! The durian ice cream was lush and divine, loaded with a thick layer of durian pulp on top. It was dangerously addictive. Mind the durian burps and breath though!
Chocolate Mudpie Ice Cream. 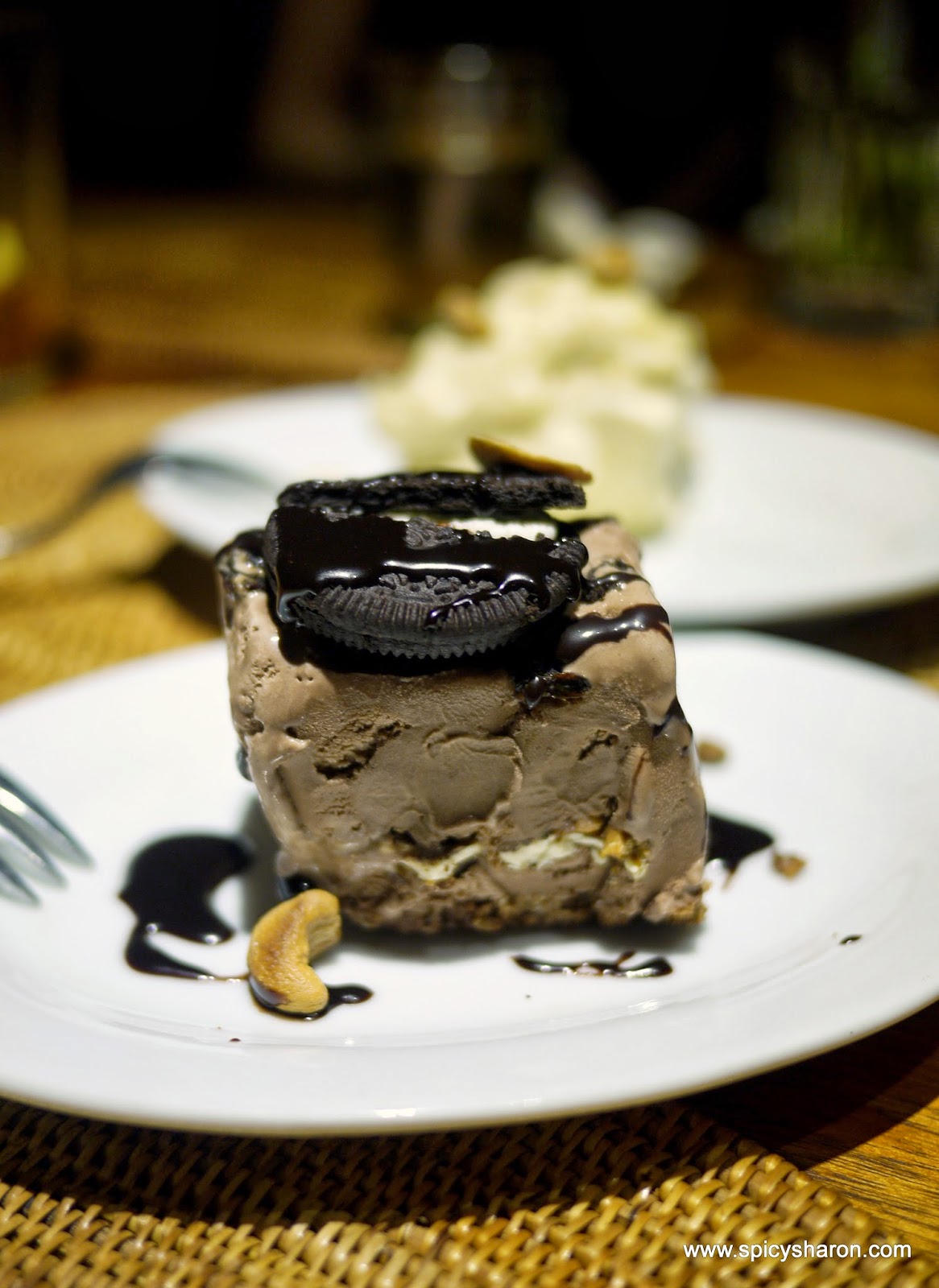 The chocolate mudpie ice cream was equally scrumptious and had a flair of its own. You might want to have this first, before zooming into the durian version. 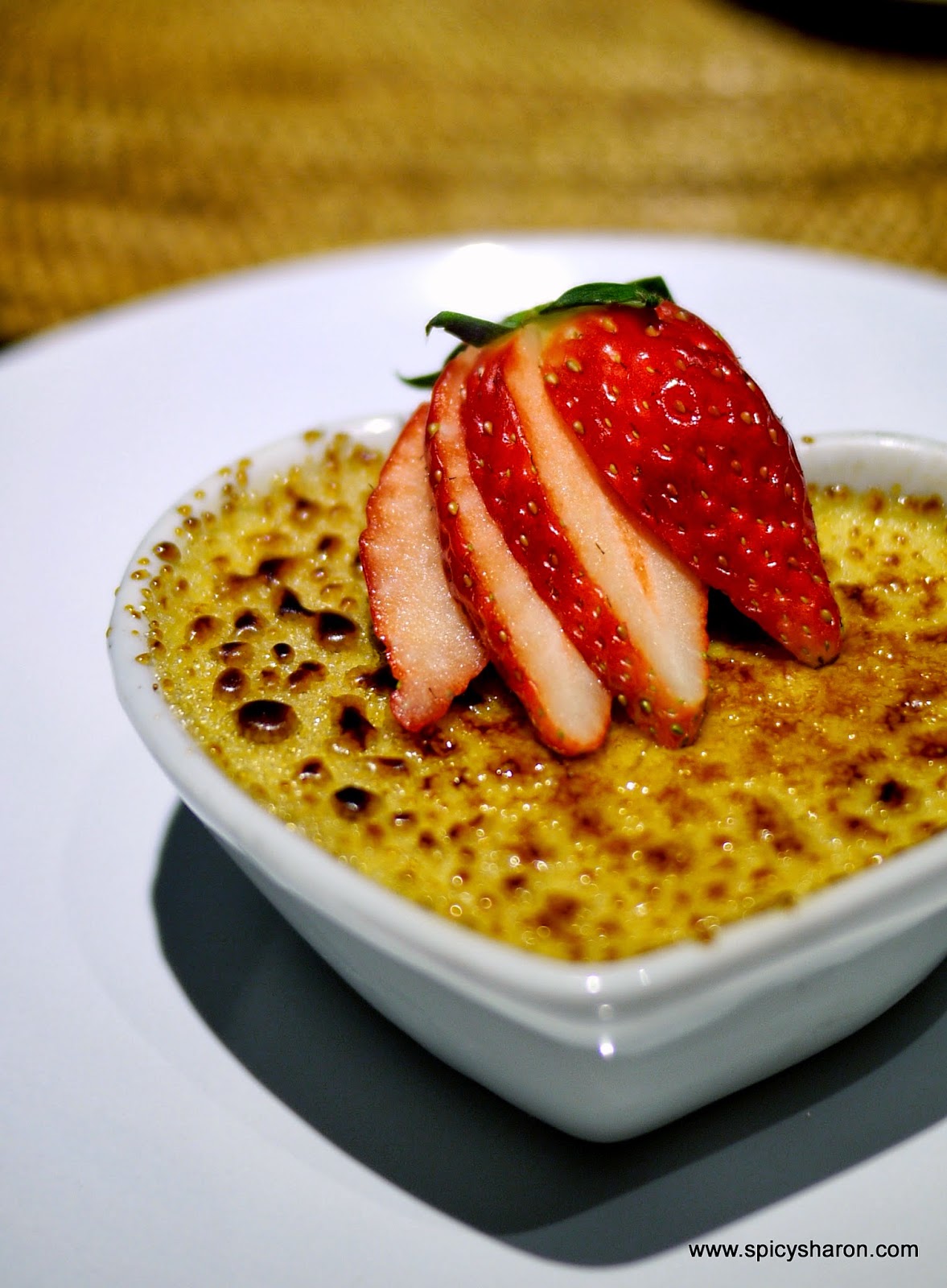 The creme brulee has always been a crowd pleaser. I had to chip through the harden caramel to get to the rich and creamy custard base beneath. 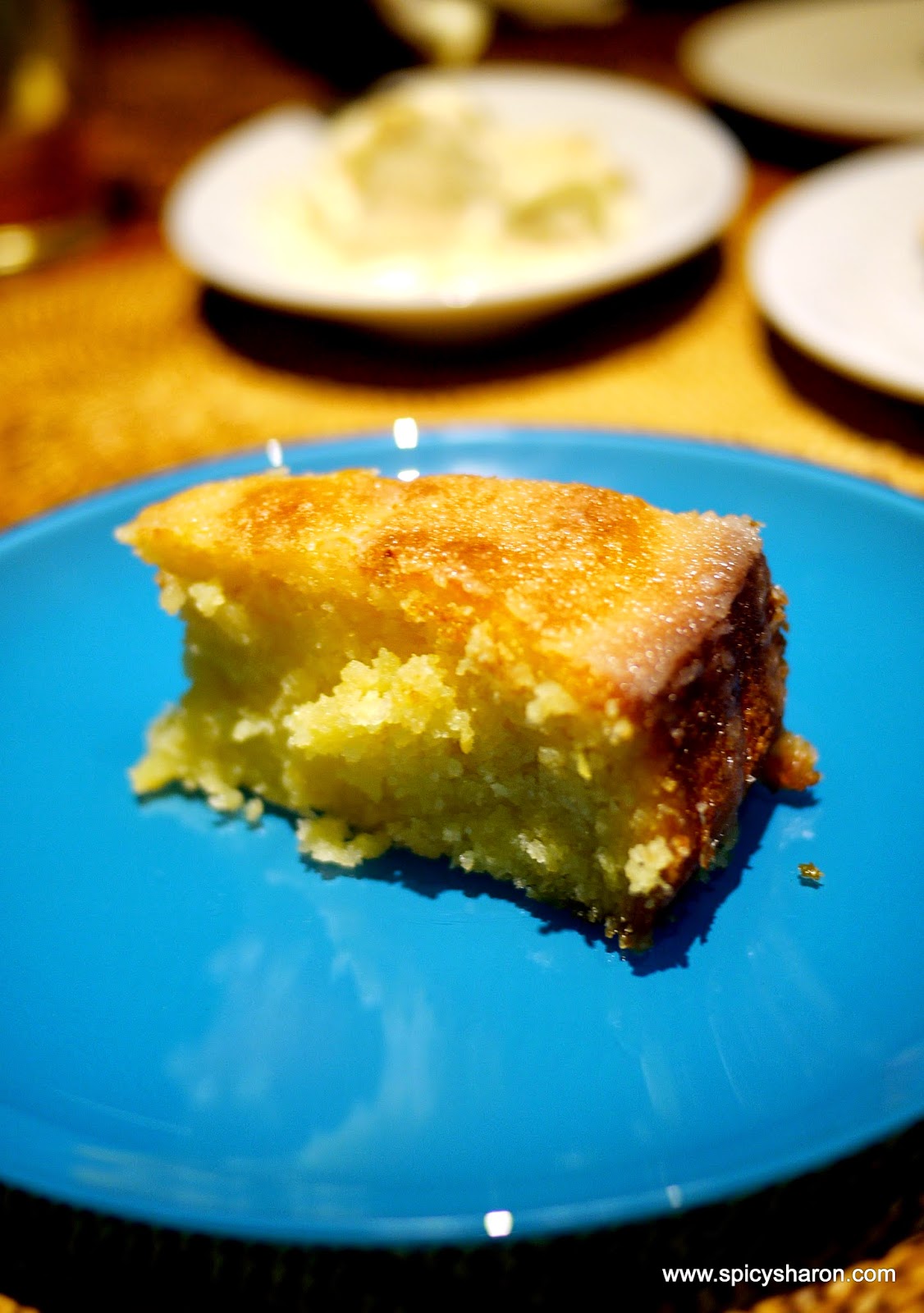 My pick of the enchanting dessert lots would be this lemon cake. The lemon and almond infused butter cake came moist and crumbly, with a crisp layer of icing on top. It was simple yet marvelous. Everyone was going ooh-and-ahh on every spoonful. Definitely an unheralded surprise.
Before I end, I’ve picked out few of my favorite pictures to share. 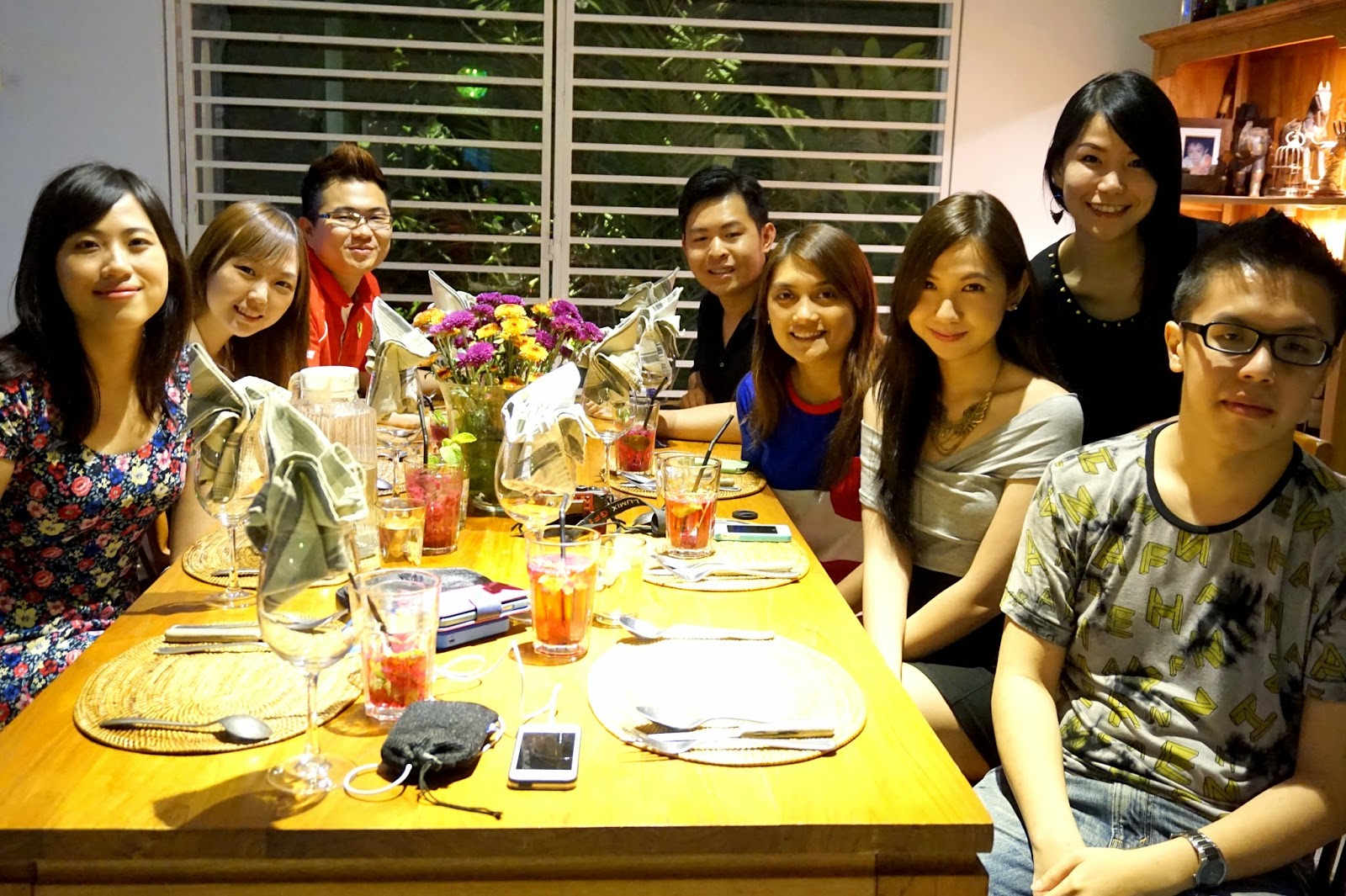 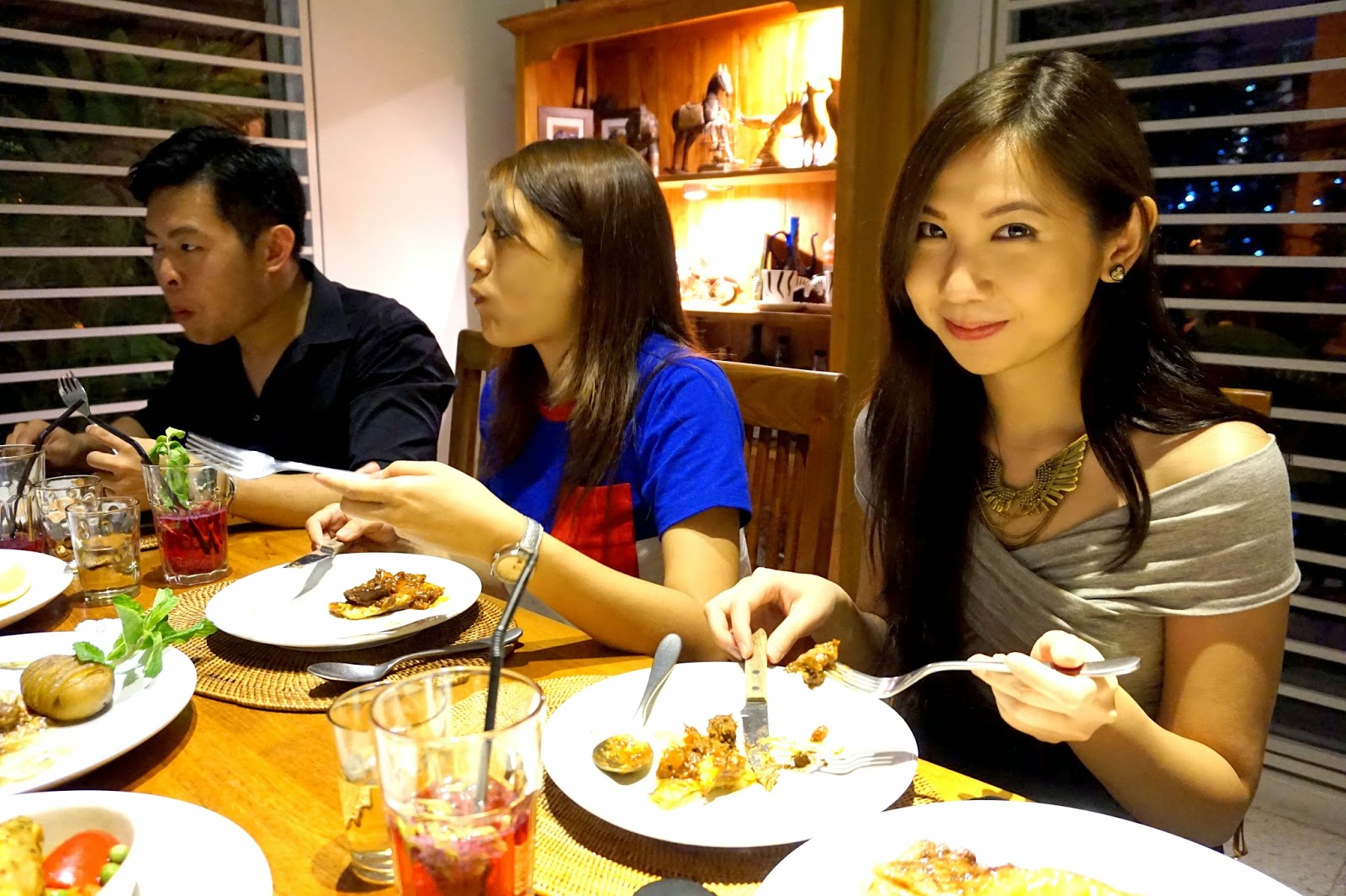 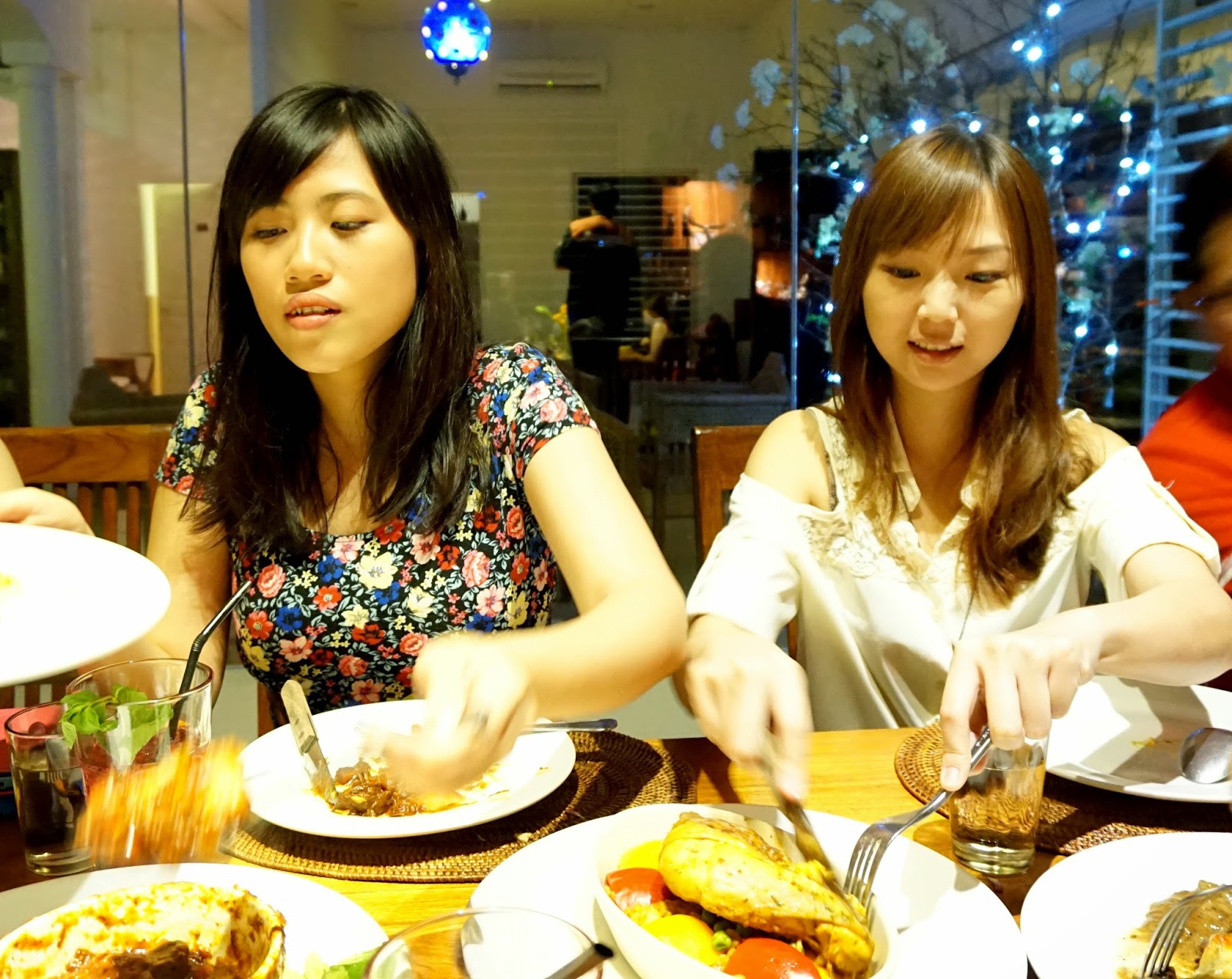 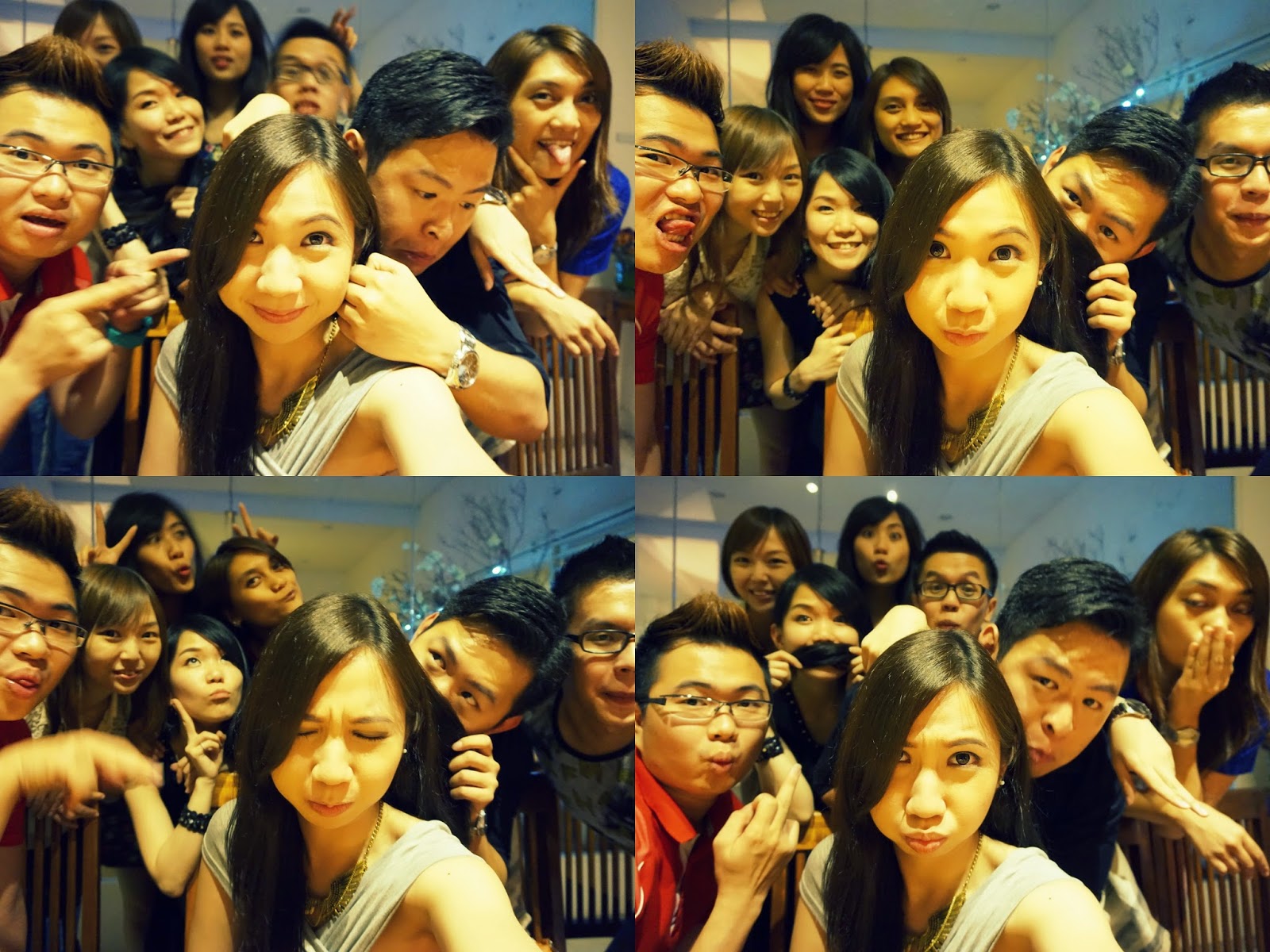 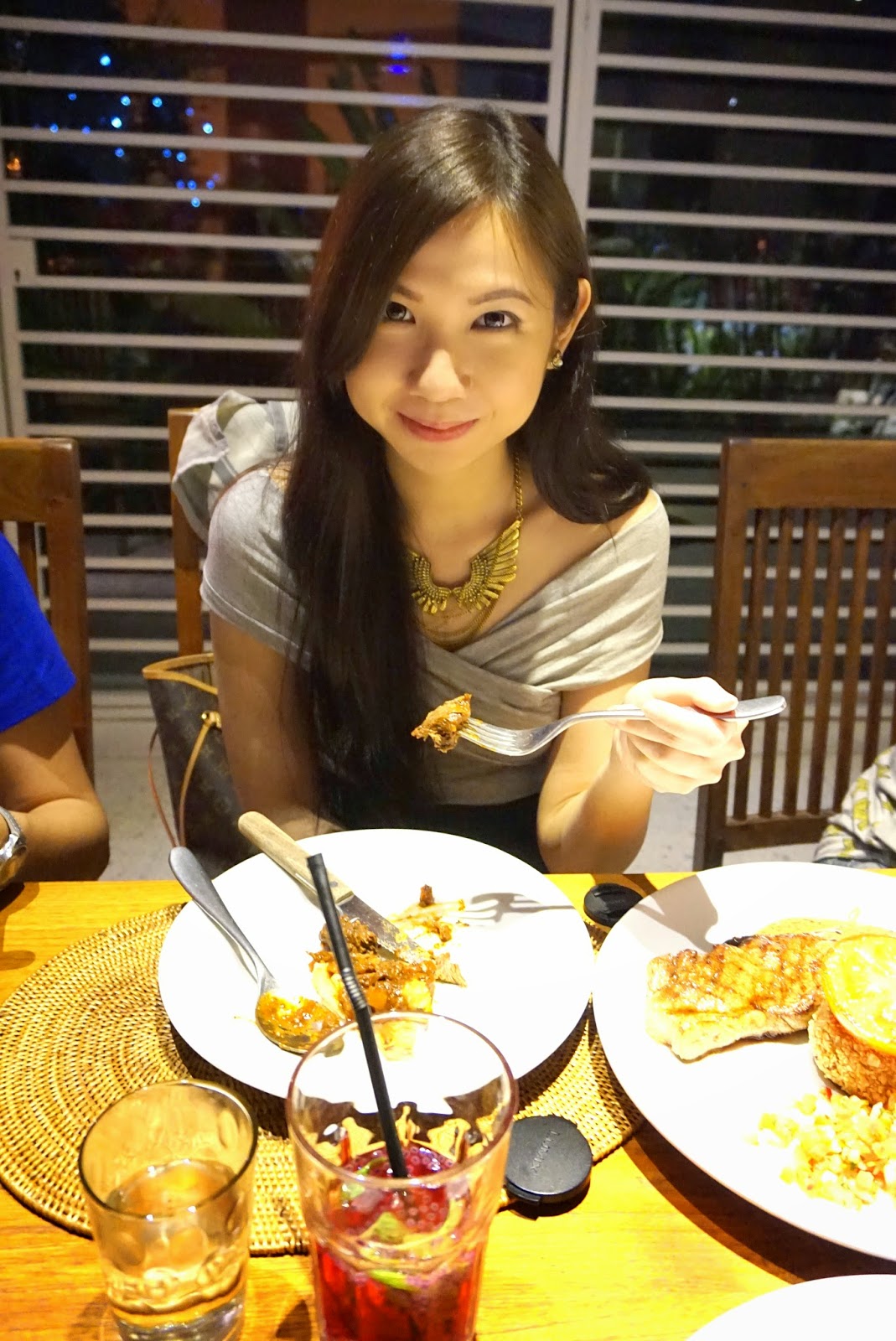 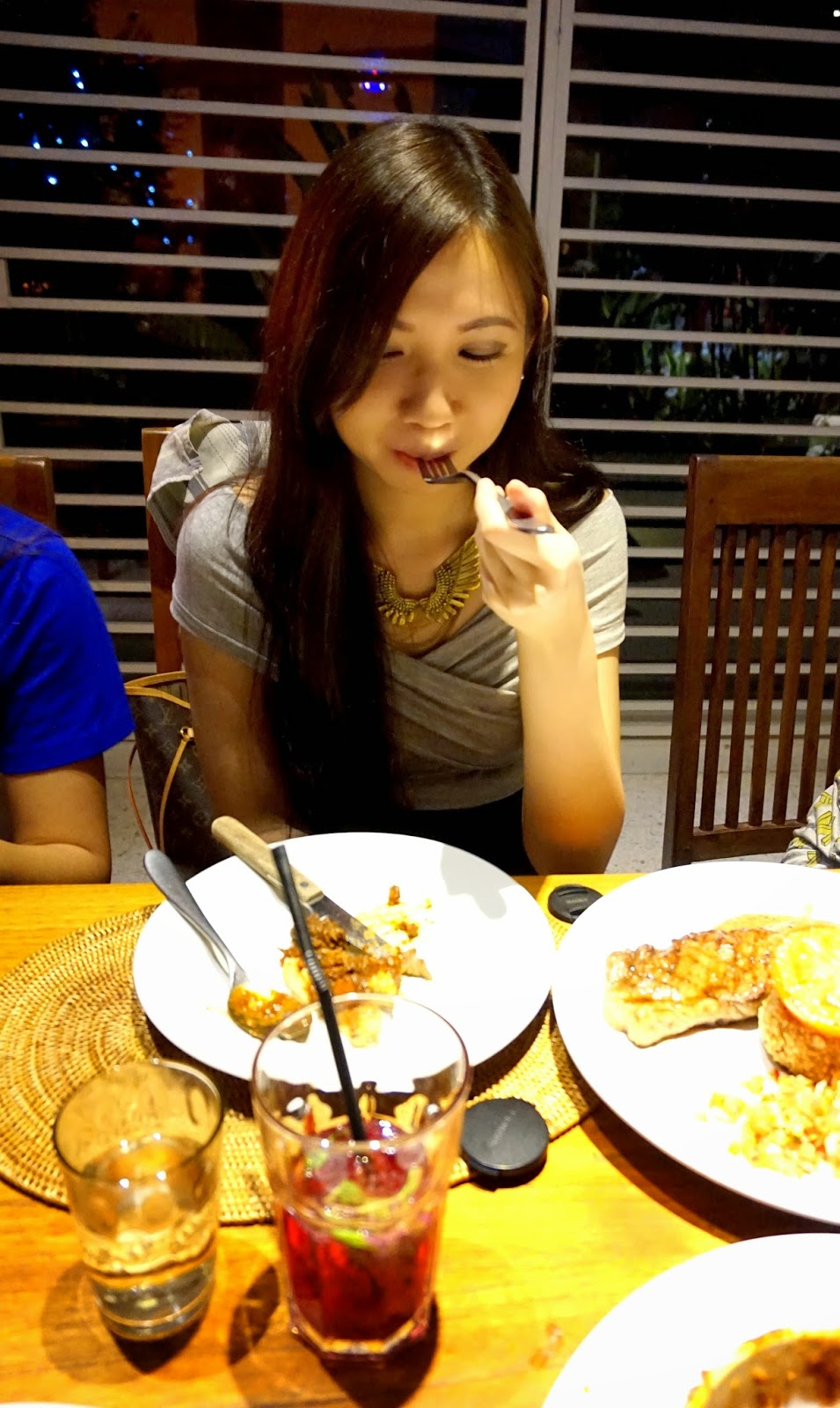 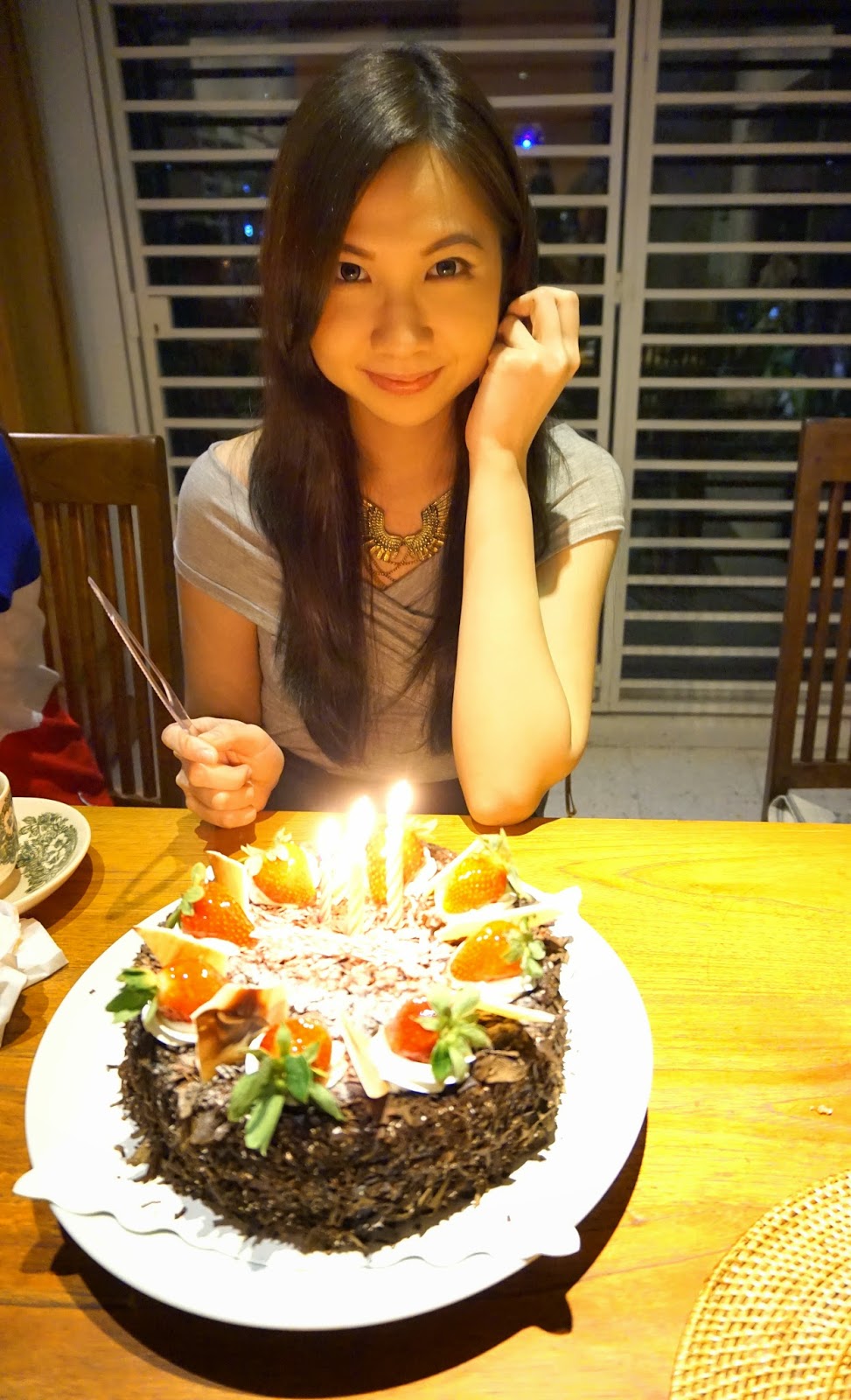 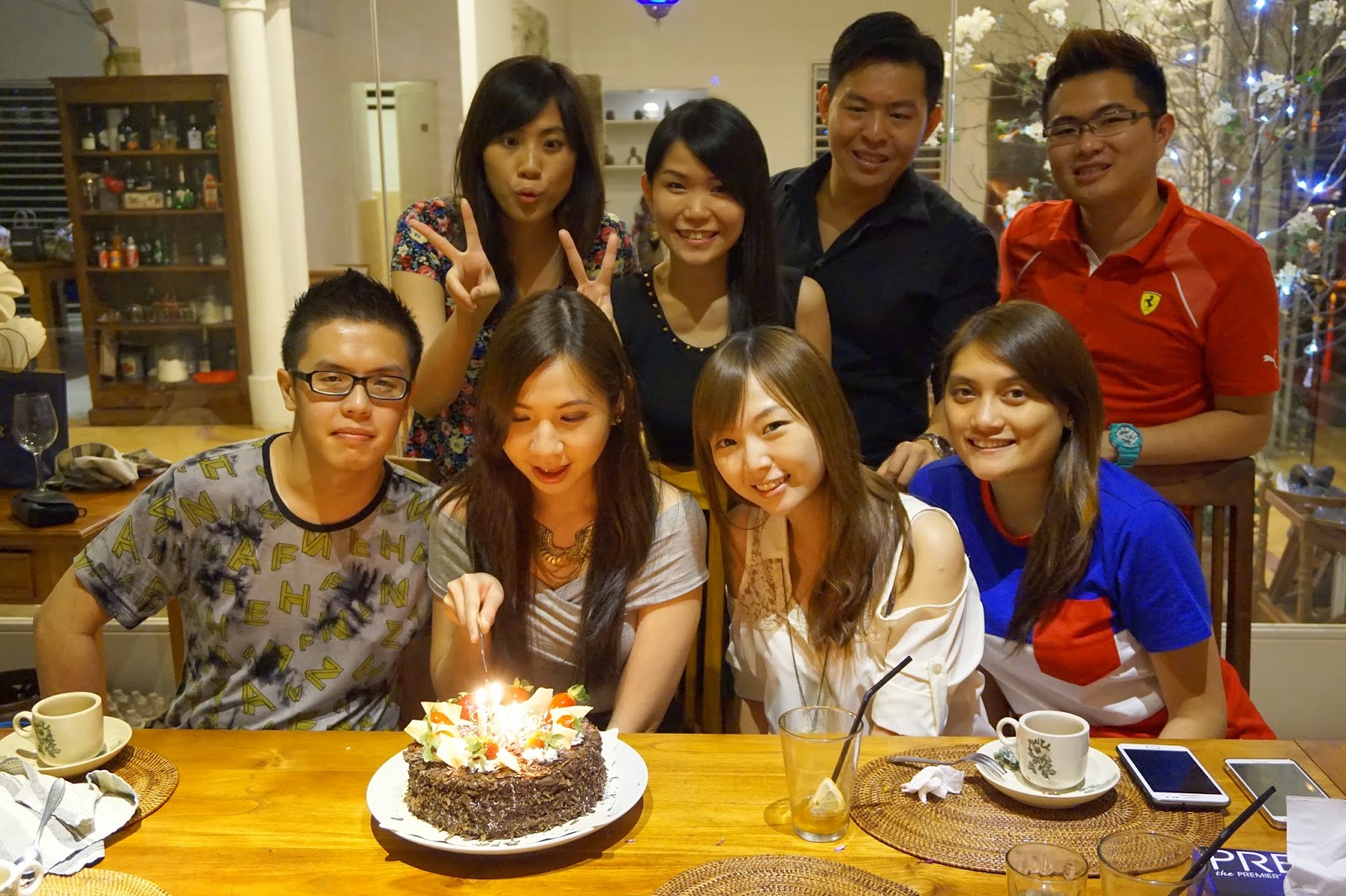 Overall Rating: 7/10. There was something very genuine and likable about Huck’s cafe. Food was good, service was great, and the concept was a clever idea. That said, it would probably take me ample time, before I can truly enjoy home-dining once again. Why? Surprise menu and exclusive home dining may not be for everyone.

Bookings via Facebook page and phone only. Further instructions Here.