Just when I was about to lose hope on visiting the exaggeratedly-overcrowded Caffebene outlet at Sunway Pyramid, I stumbled upon the newly opened Solaris outlet last weekend. Obviously fated, I knew a sweat feast behold me next. From what I was told, this Korean dessert place is one of the most popular cafe in Korea of all time!
Caffebene
It was a terribly humid evening. I felt sticky, sweaty and my hair stank like, well – barbecue, post our not so satisfying meal at Palsaik earlier. What better time to have a dreamy dose of shaved ice right?
Like the Sunway Pyramid outlet, the cafe was crowded. Word of mouth probably spread speedily since this outlet was hot off the ovens, opened just weeks ago. We were lucky enough to hitch the last table available. We sat outdoors, amidst the evening heat, and among some blood sucking mosquitoes. I thought, well – this better be worth it.
Caffebene’s menu and prices. 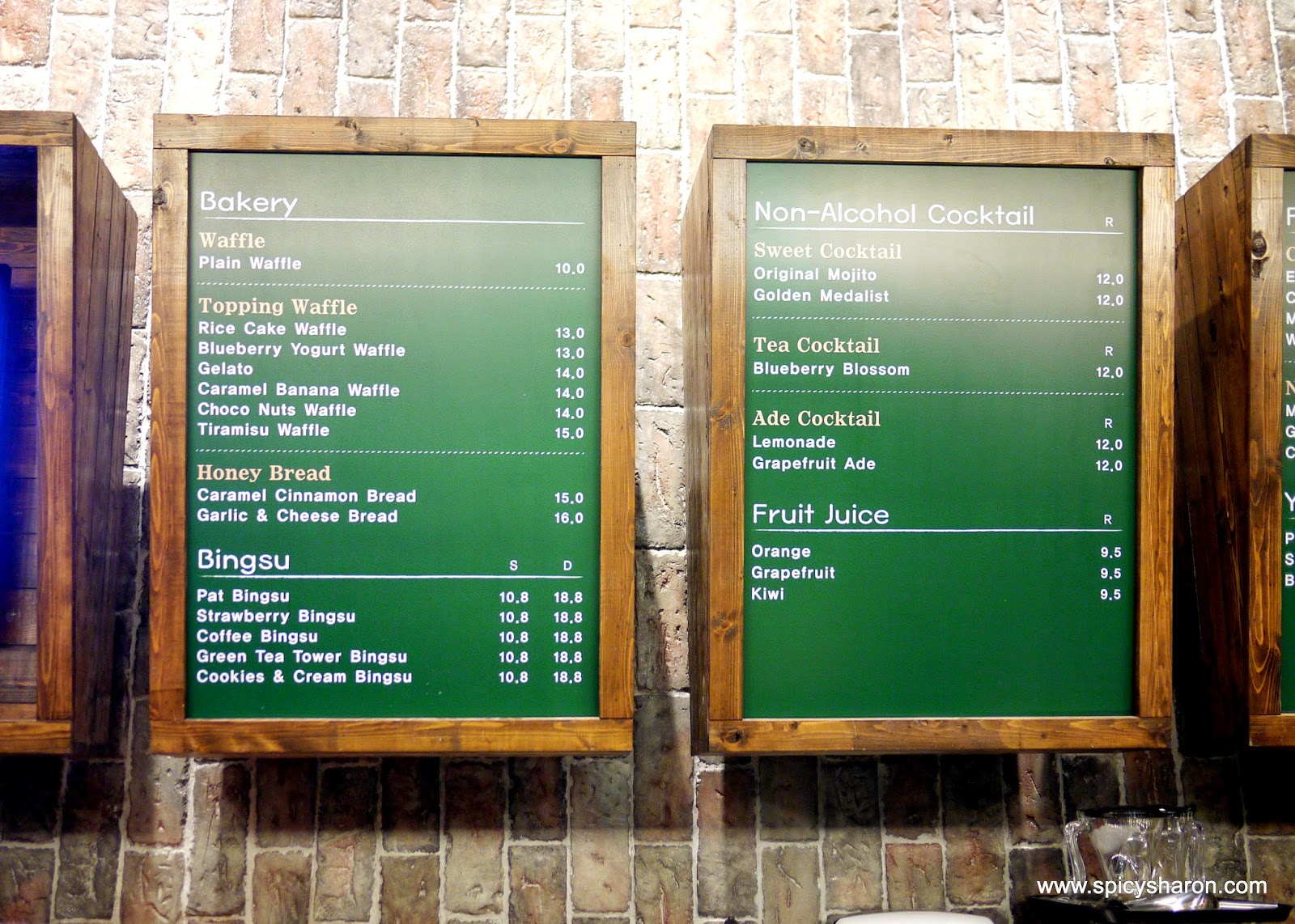 What I really liked about Caffebene, they have samples of almost every item on their menu on display – right at the front counter top. What a great and clever idea! No more guessing and playing smart.
This is bingsu (flavored shaved ice). It comes in two sizes – small and double, and this is the double version. These are non-edible display units by the way. A hint too pretty to eat don’t you think? 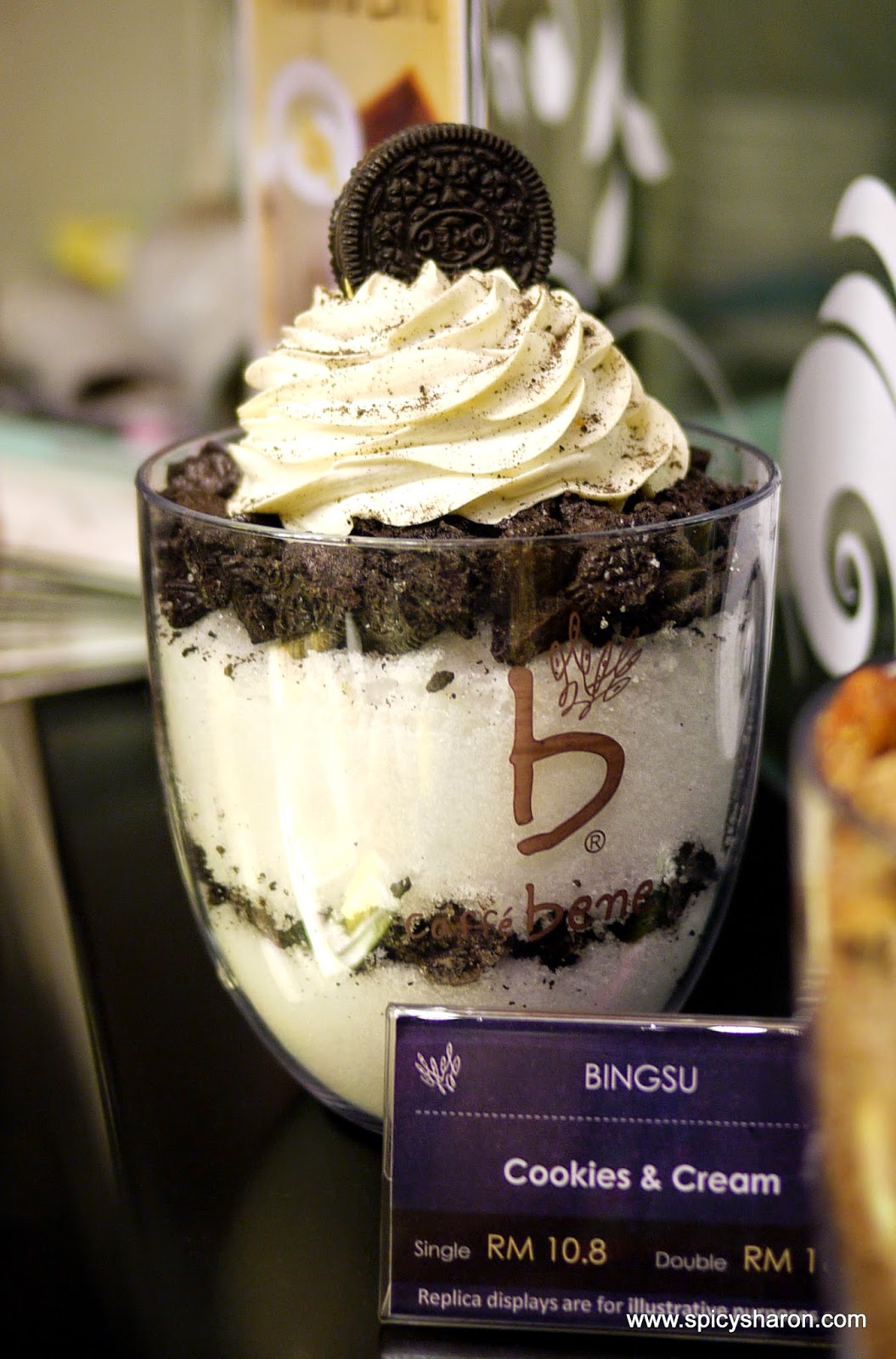 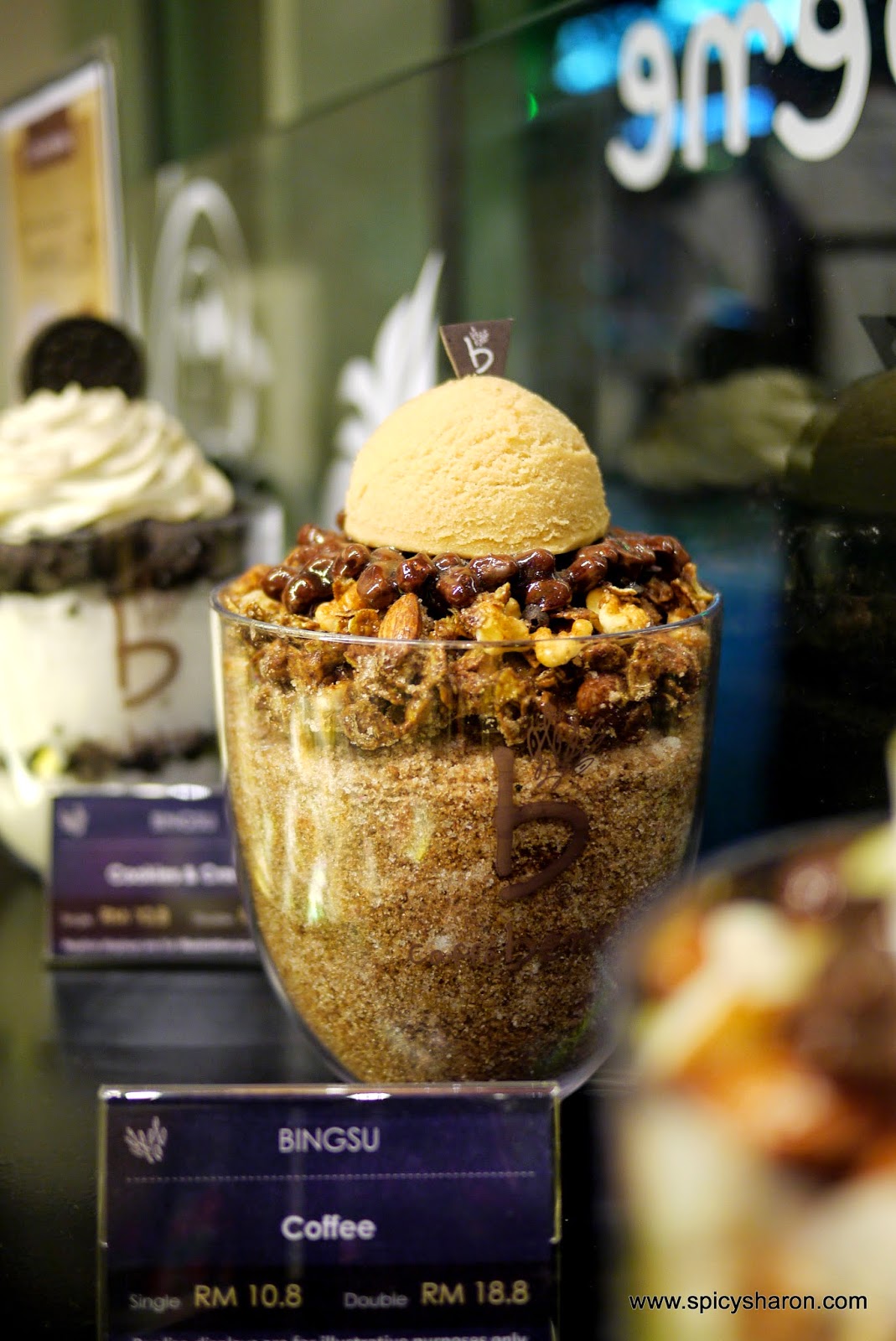 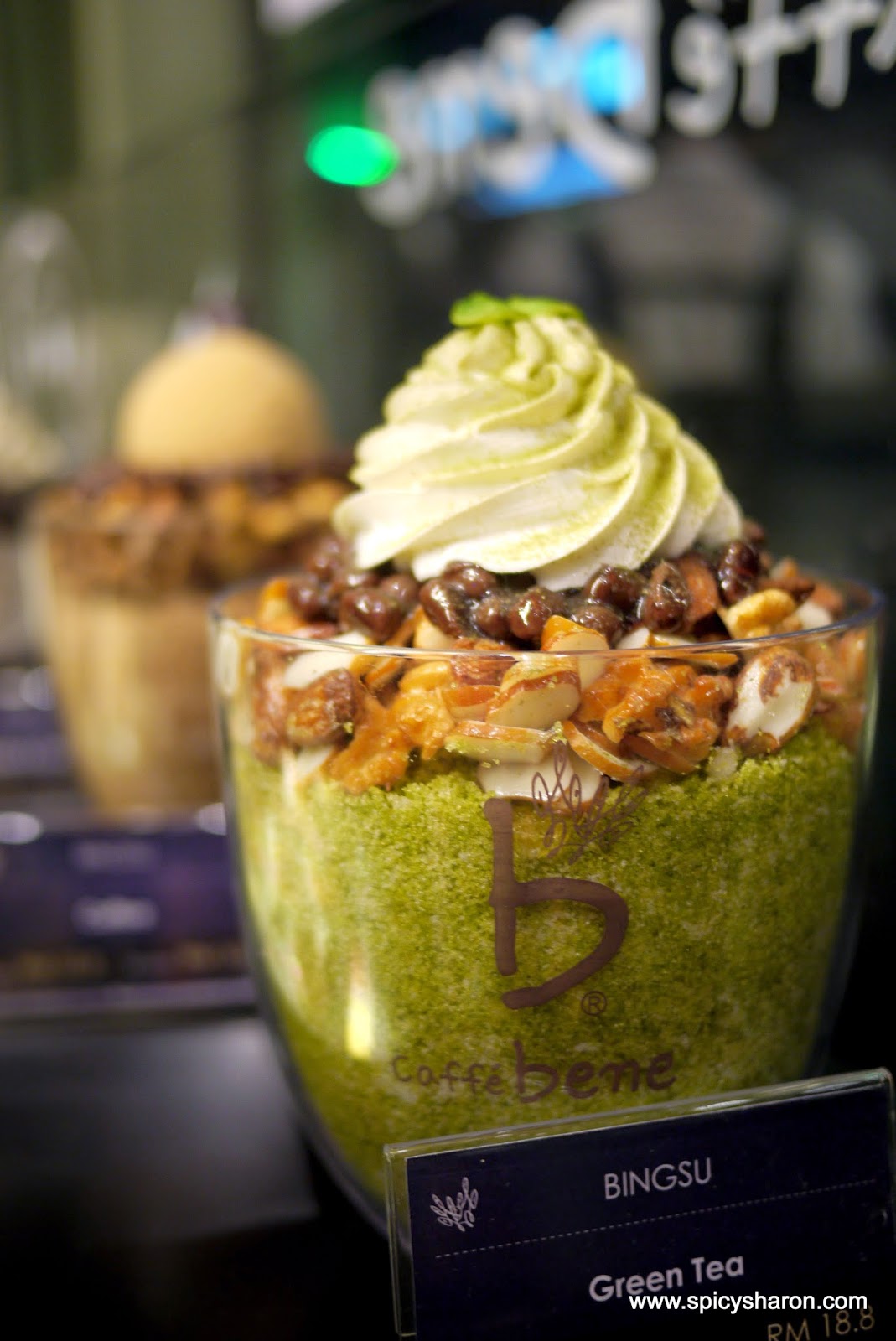 We ordered two bingsu and a pastry to share. Sadly, the waffles were already sold out at that time. Do come early if you’d like to gorge on waffles!

Upon ordering, we were given this beeper. It didn’t take long – thought it felt like ages in the warm climate. The greatest feeling of all – when the beeper flashed red and started vibrating. 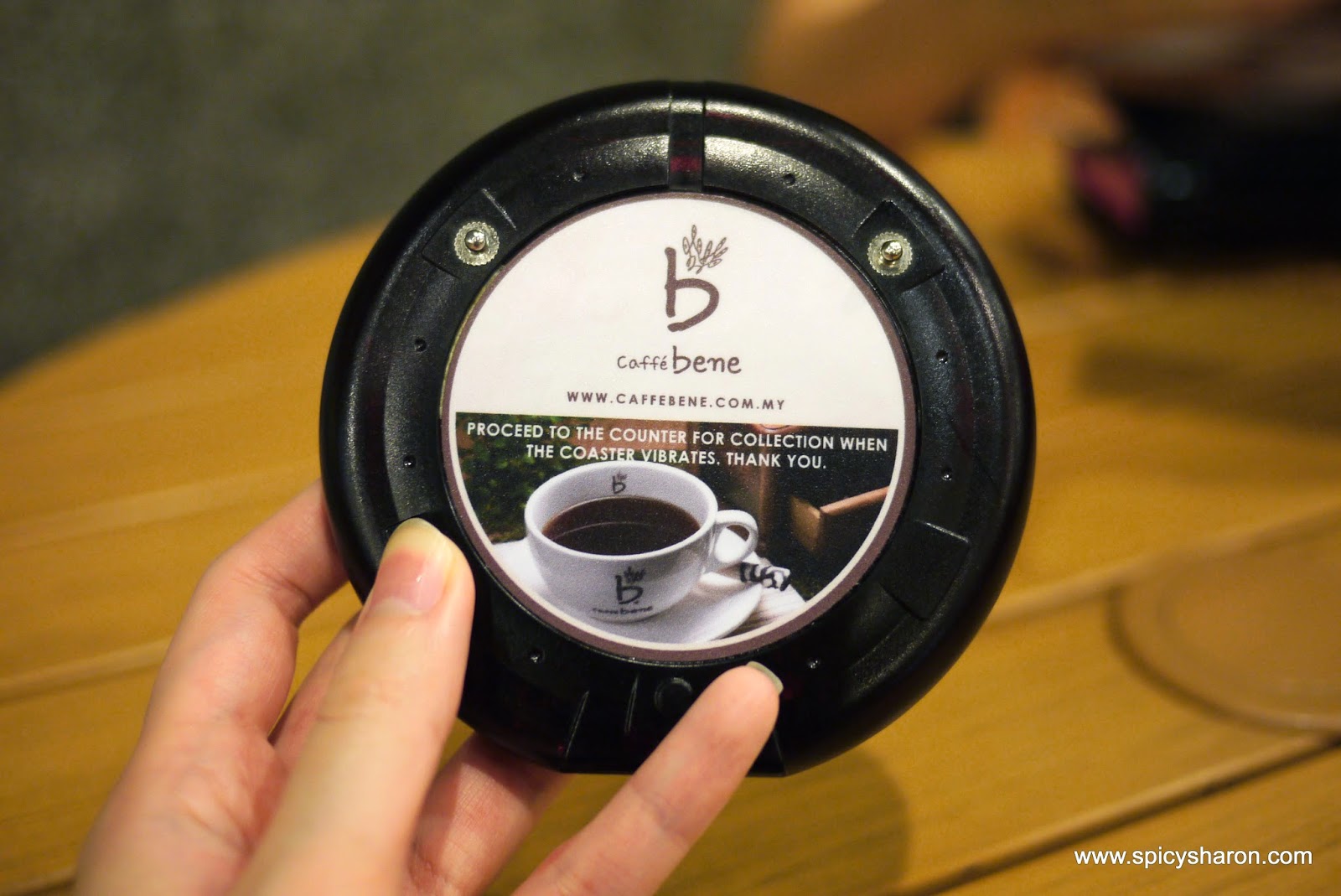 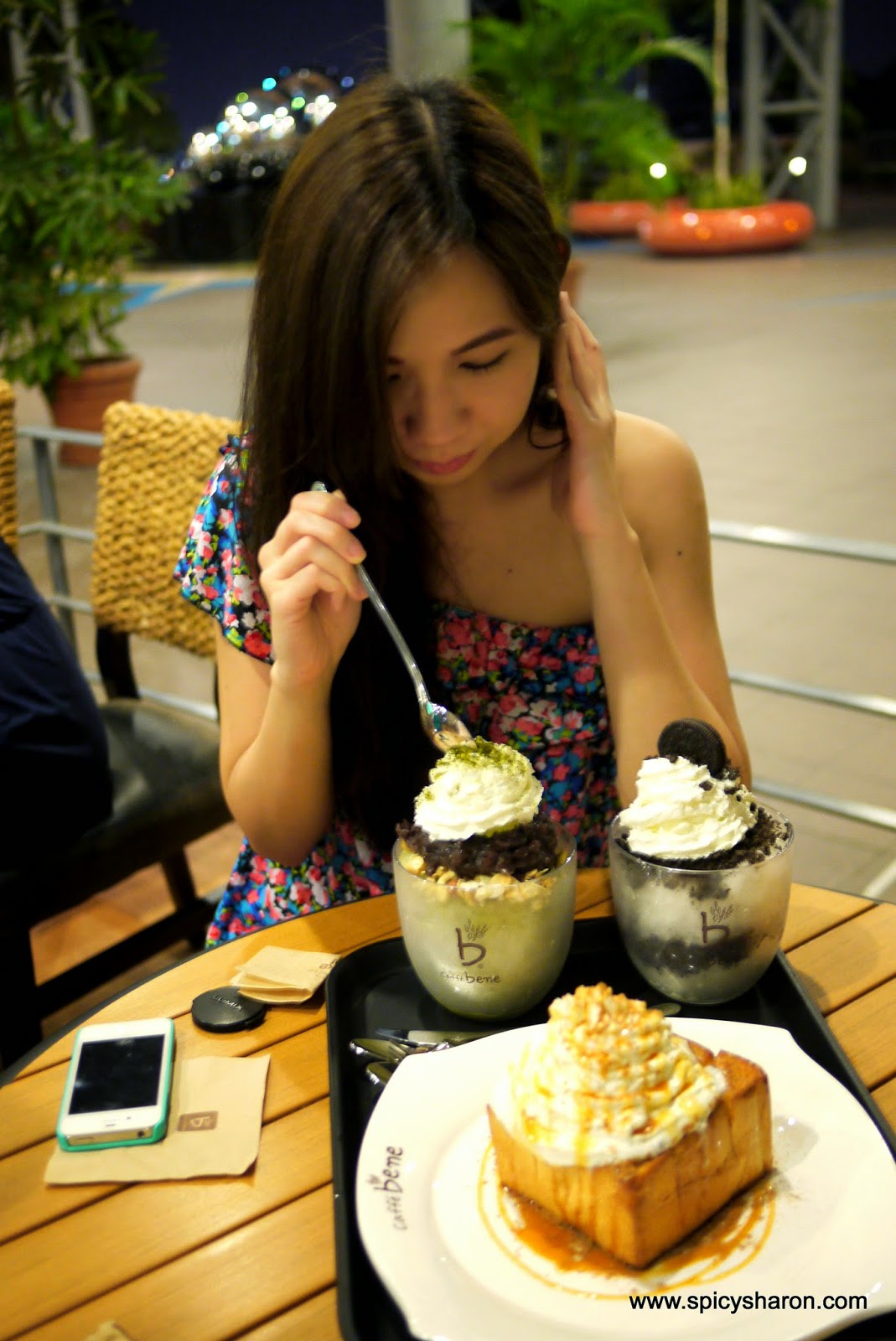 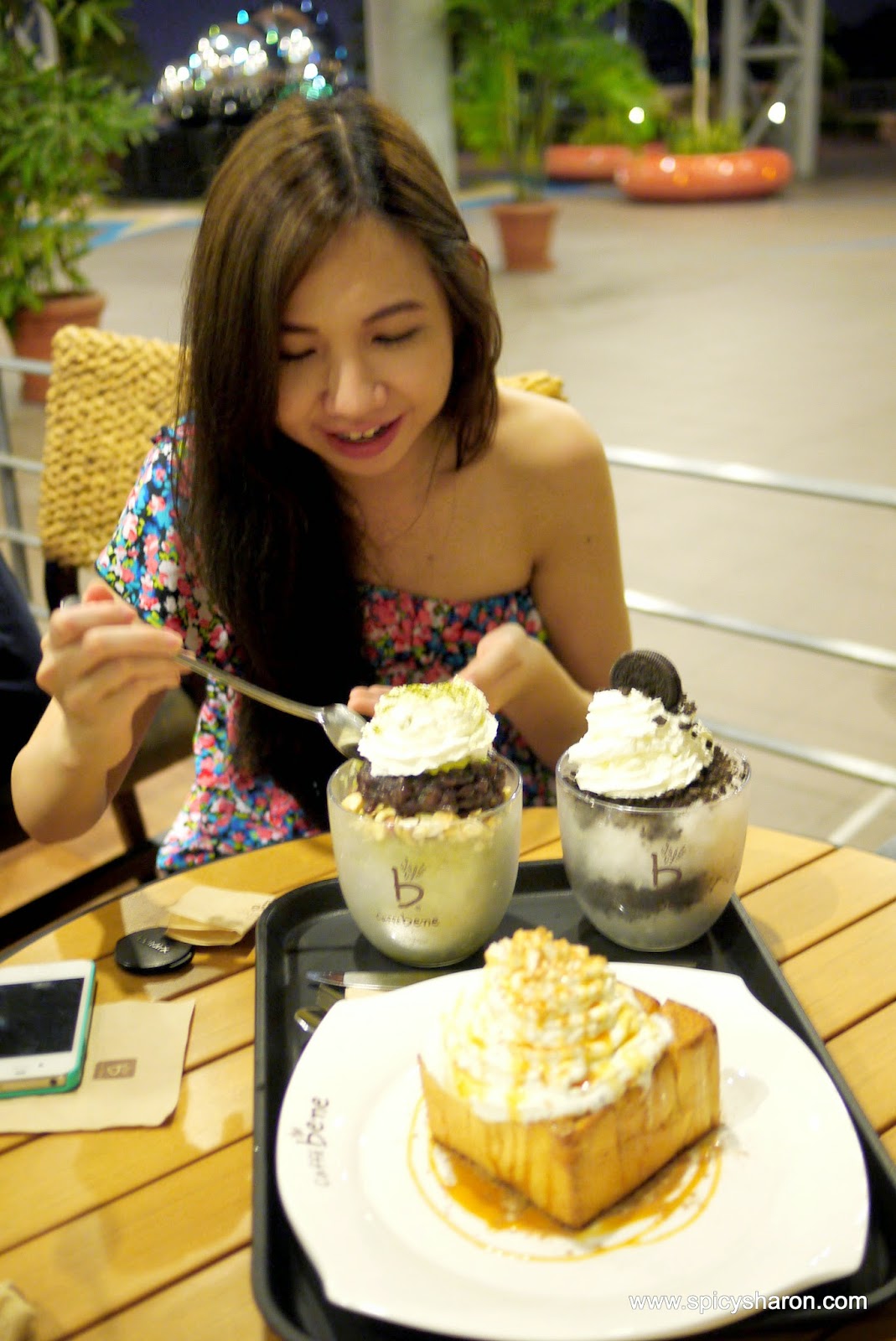 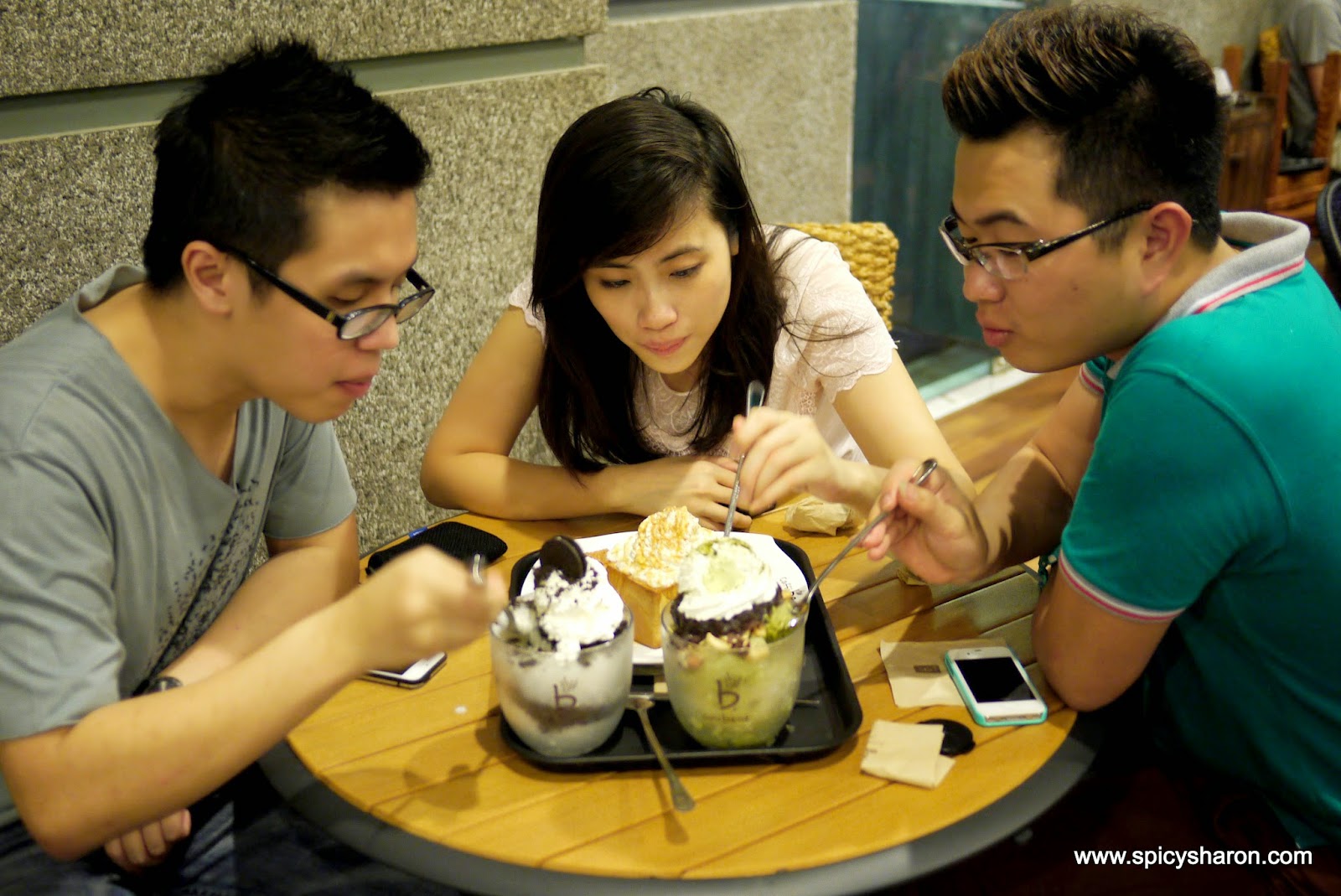 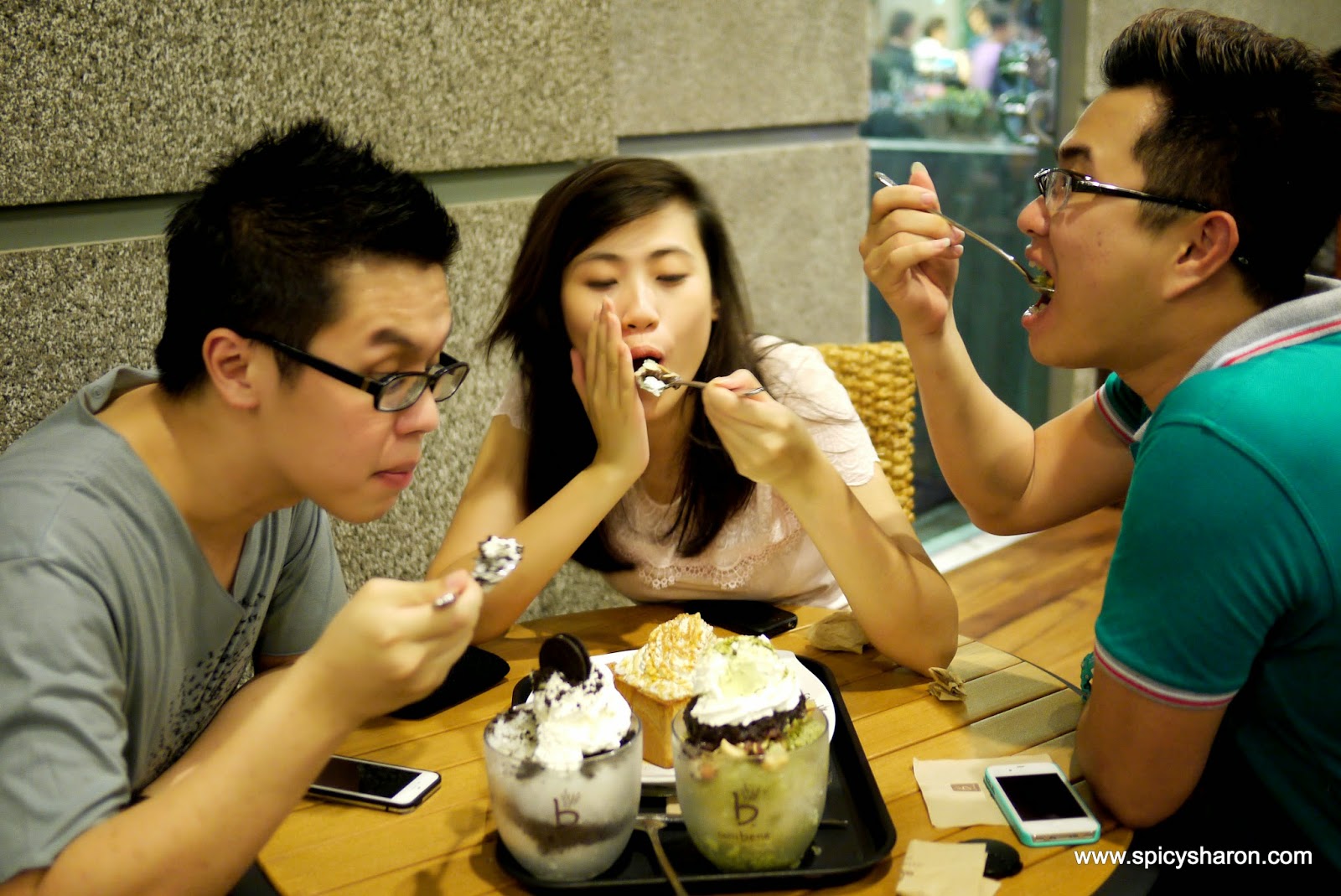 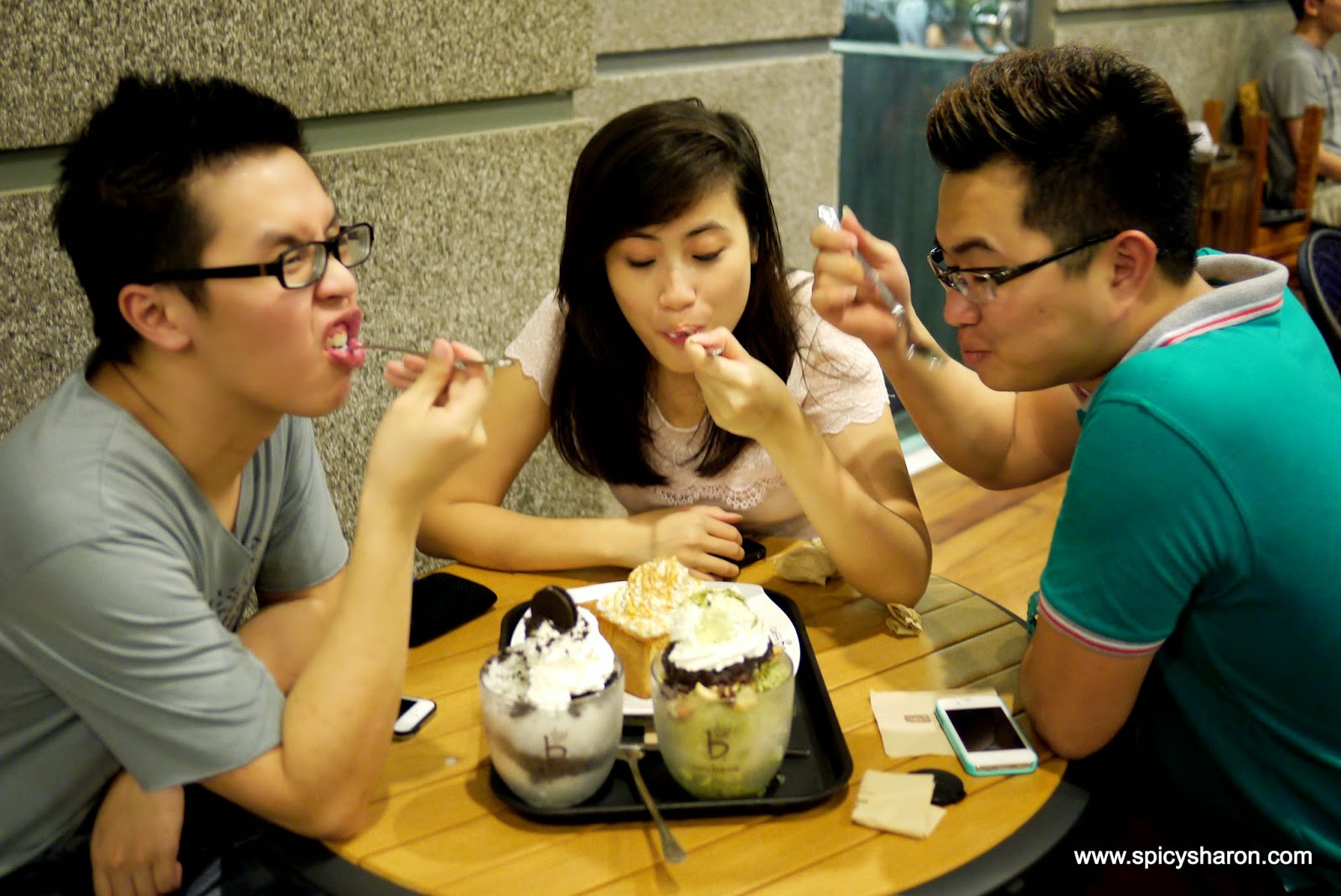 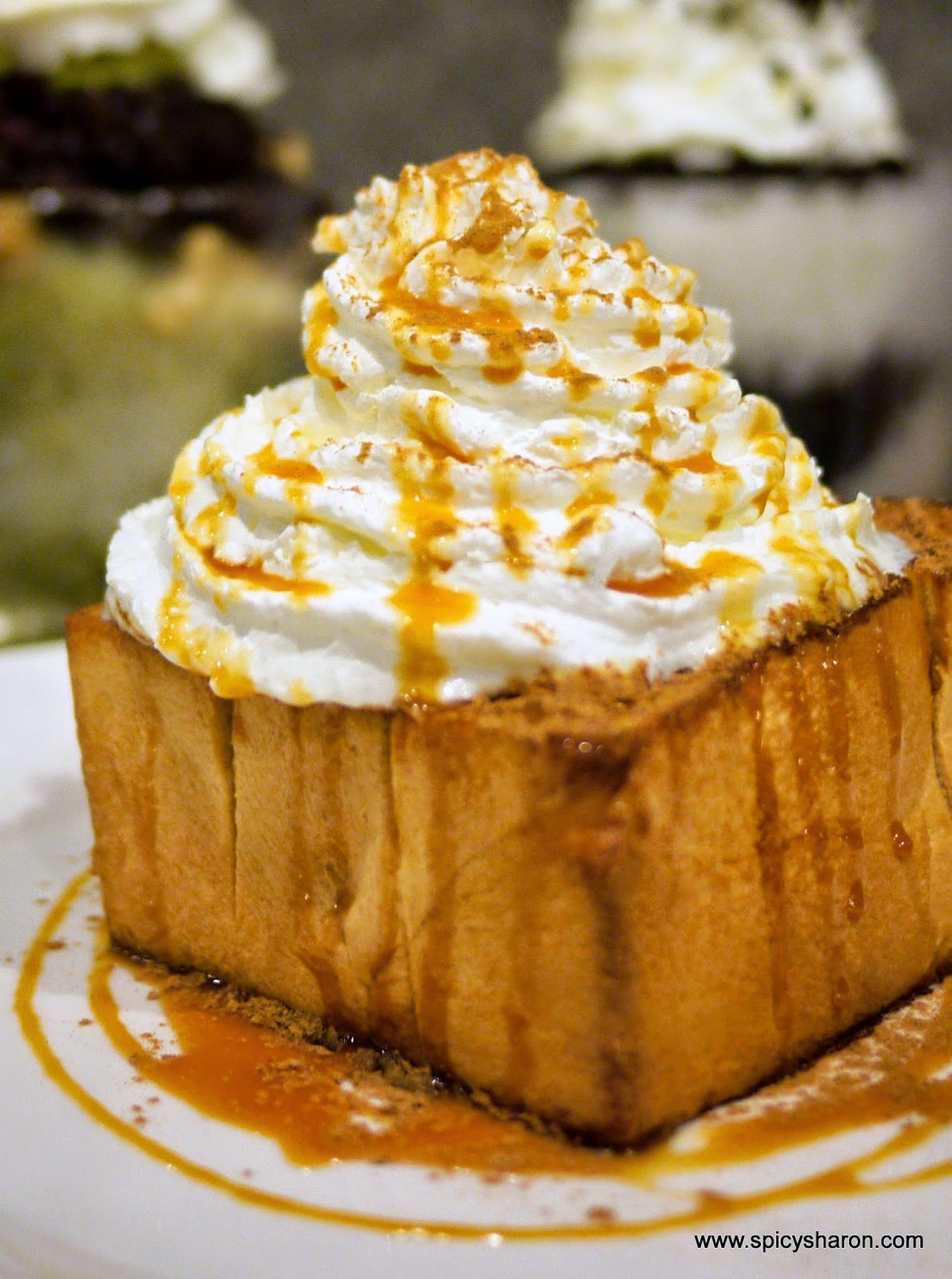 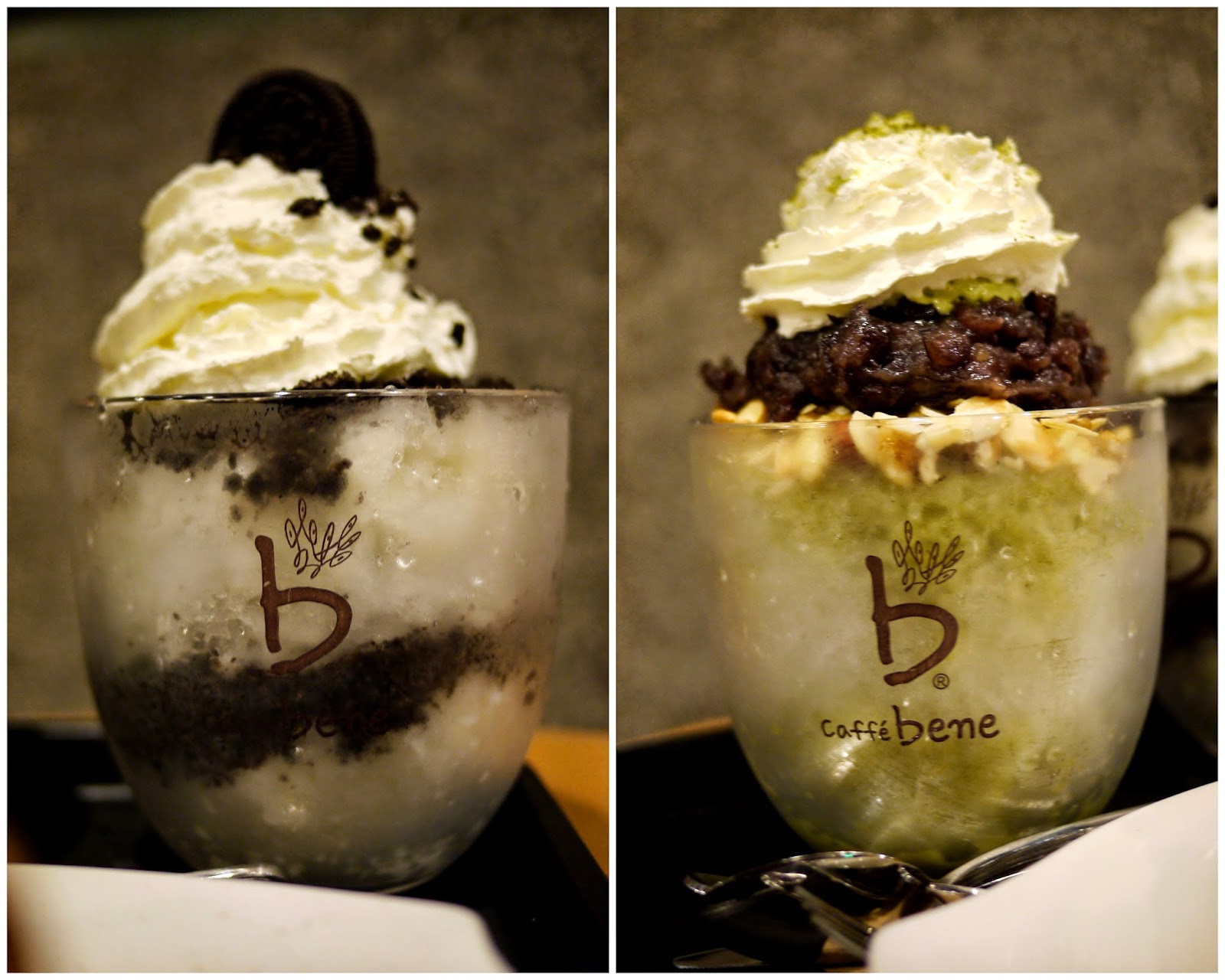 Overall Rating: 8/10. The cinnamon caramel honey bread was amazing – nicely toasted, crisp outside and soft and fluffy inside. The swirl of cream was surprisingly mild, not too sweet, and with just the right texture too. The bingsu – obviously one of the winners in Caffebene’s books, was a clear winner on mine too. If I were to pick between the cookies and cream or the green tea version, I would’ve chosen the latter. The green tea tower bingsu was sweeter no doubt, but we had fun scooping and devouring every icy mouthful. Plus, I was among great company that night.
Address: K-G-04, Soho KL, Solaris Mont Kiara, No.2 Jalan Solaris, 50480 KL.
Opening Hours: 9.30am – 12.00am Daily 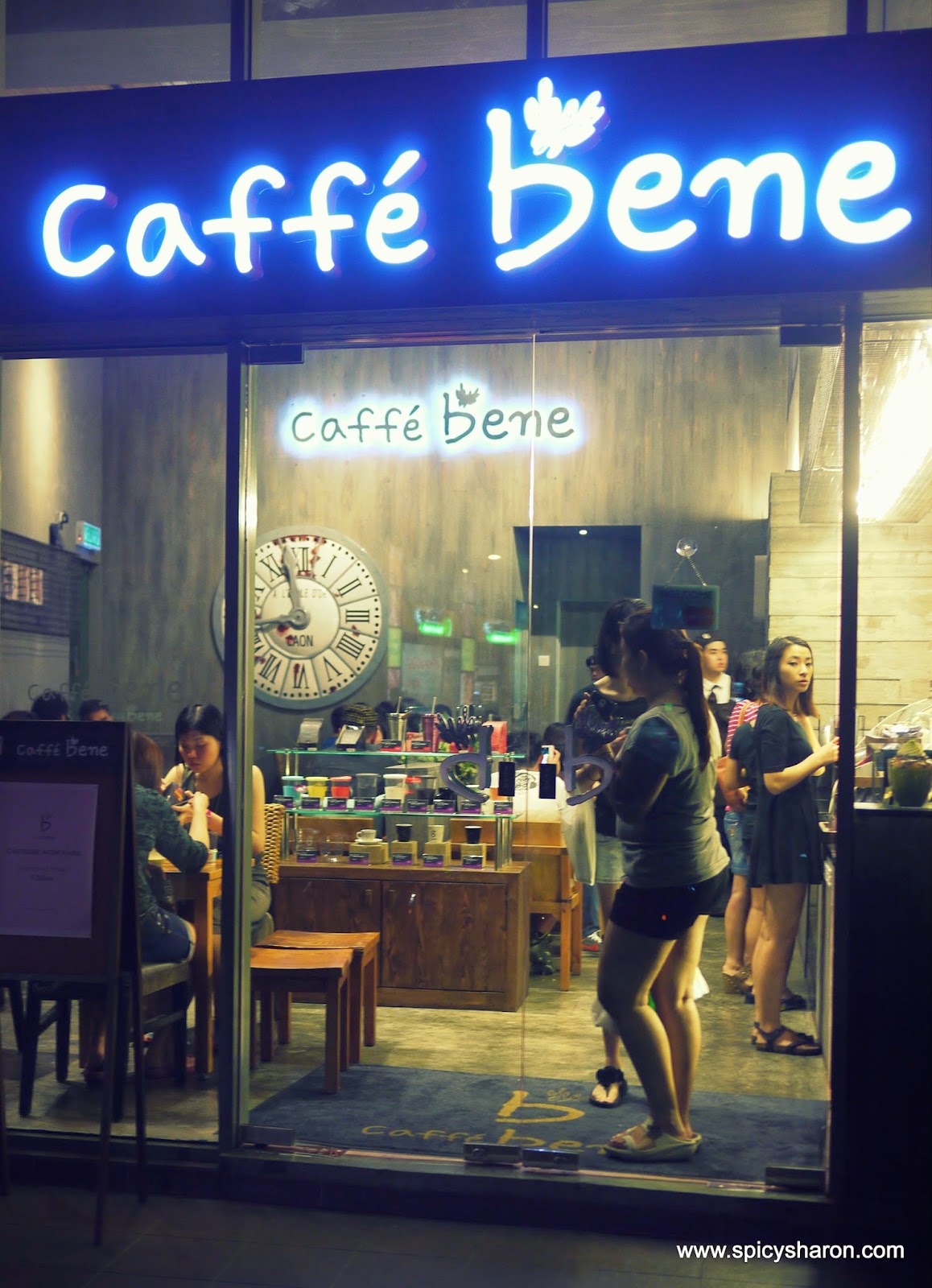