Apgujeong was first introduced to me by one of my Korean friend. He said, “All the Koreans come here.”

If that’s the case, I’m betting on some really good stuff. I wasn’t ready to try the food – I was ready to eat good food! Did the acclaimed Korean dishes lived up to the Malaysian taste buds though?

I stepped right into action that evening – walking into a smoky restaurant made fragrant by those deliciously charred Korean barbecue, along with a flood of Korean tête-à-tête and a streak of loud laughter that followed.

It really wasn’t an option to dine al fresco that evening. The thick layer of haze and dust was clouding my throat and nose already. Nevertheless, we got a table right at the entrance of the restaurant and I had full view of what’s coming out of the kitchen. I’m not complaining.

While we waited for dinner to be served, a steady stream of hungry patrons slowly formed outside. Many peeped into the restaurant, curious on the dishes served, and some walked passed in groups, heading over to the presumably more popular Korean barbecue joint at the moment next door, called Palsaik. 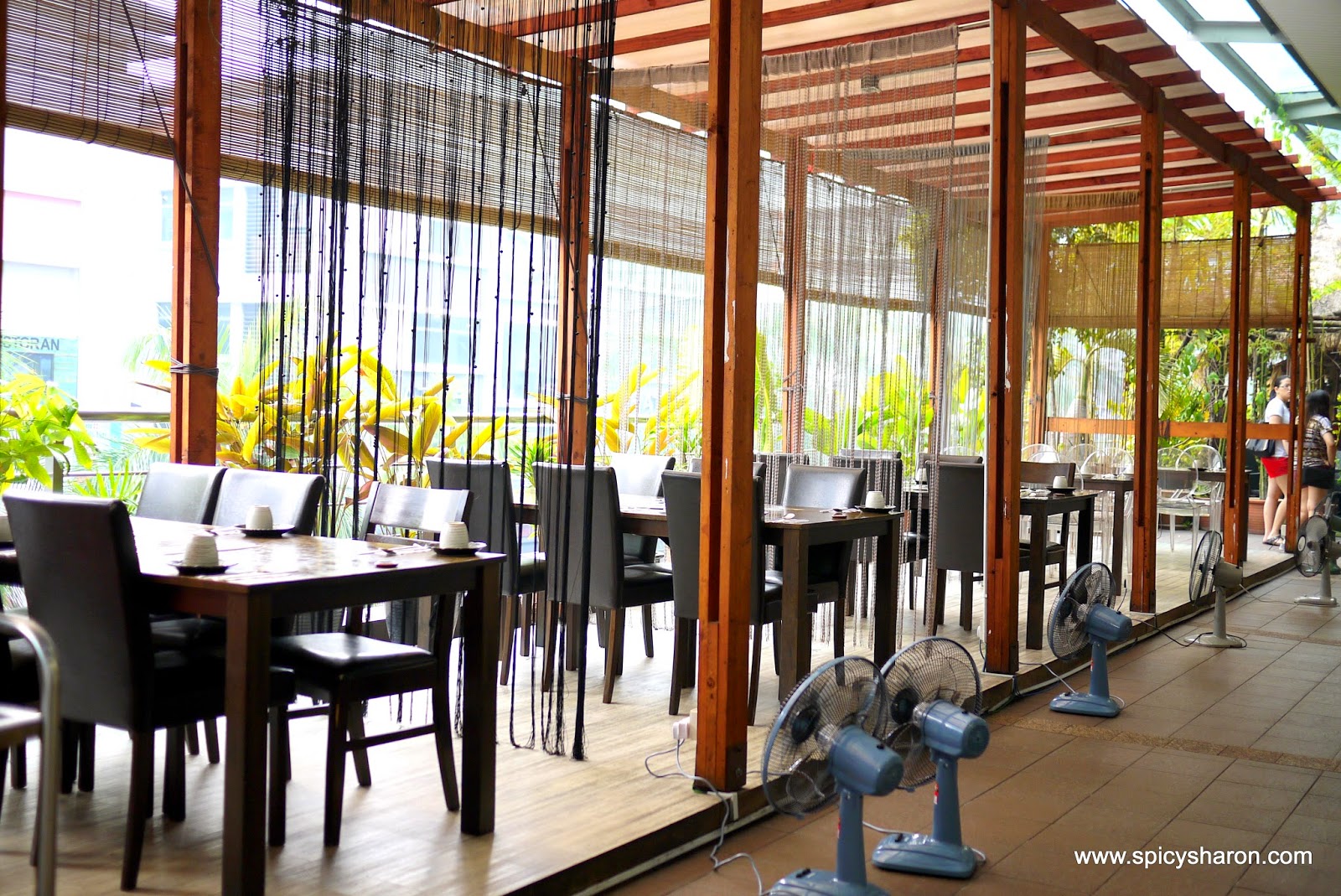 I was feeling absolutely ravenous that evening. 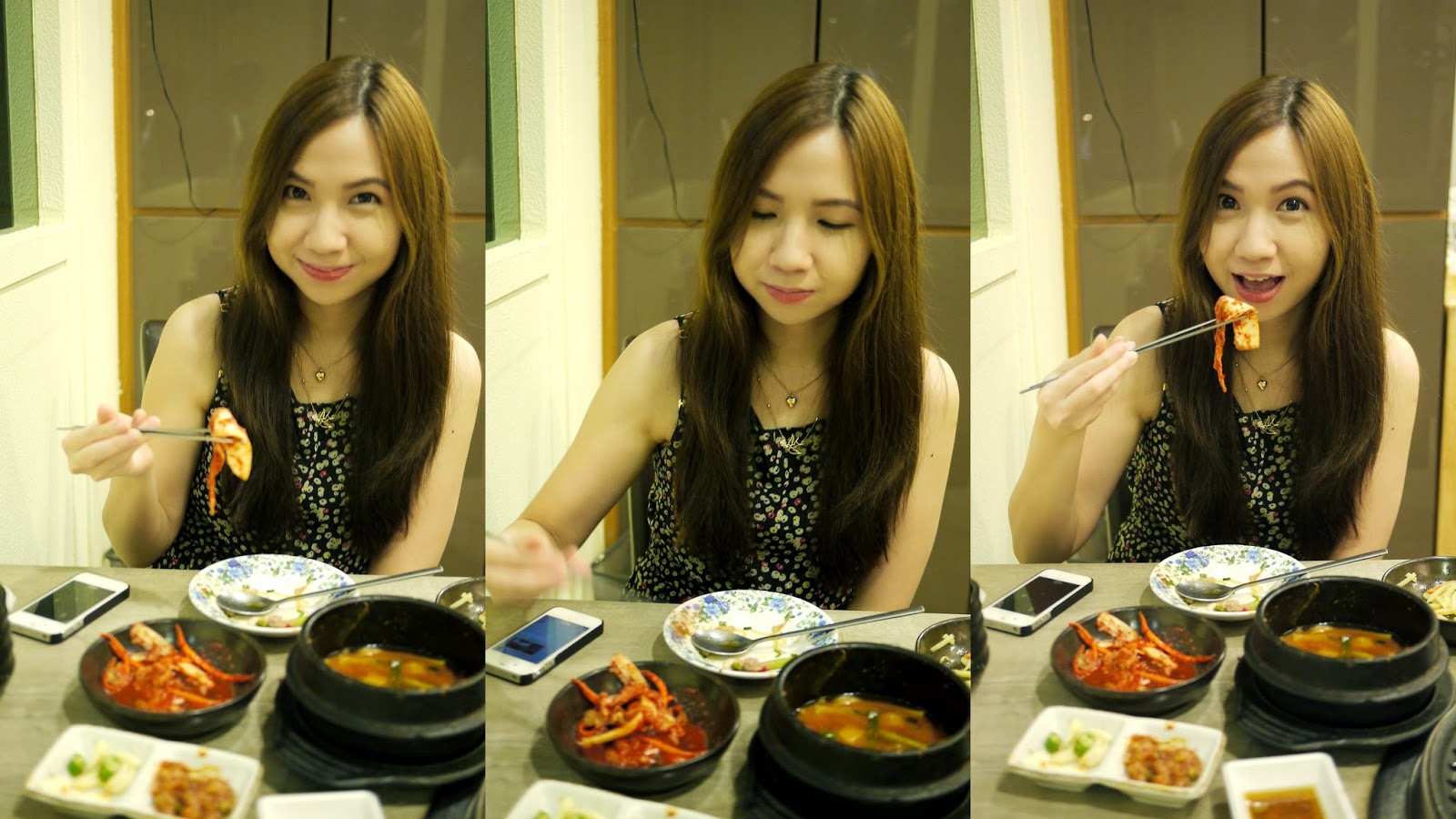 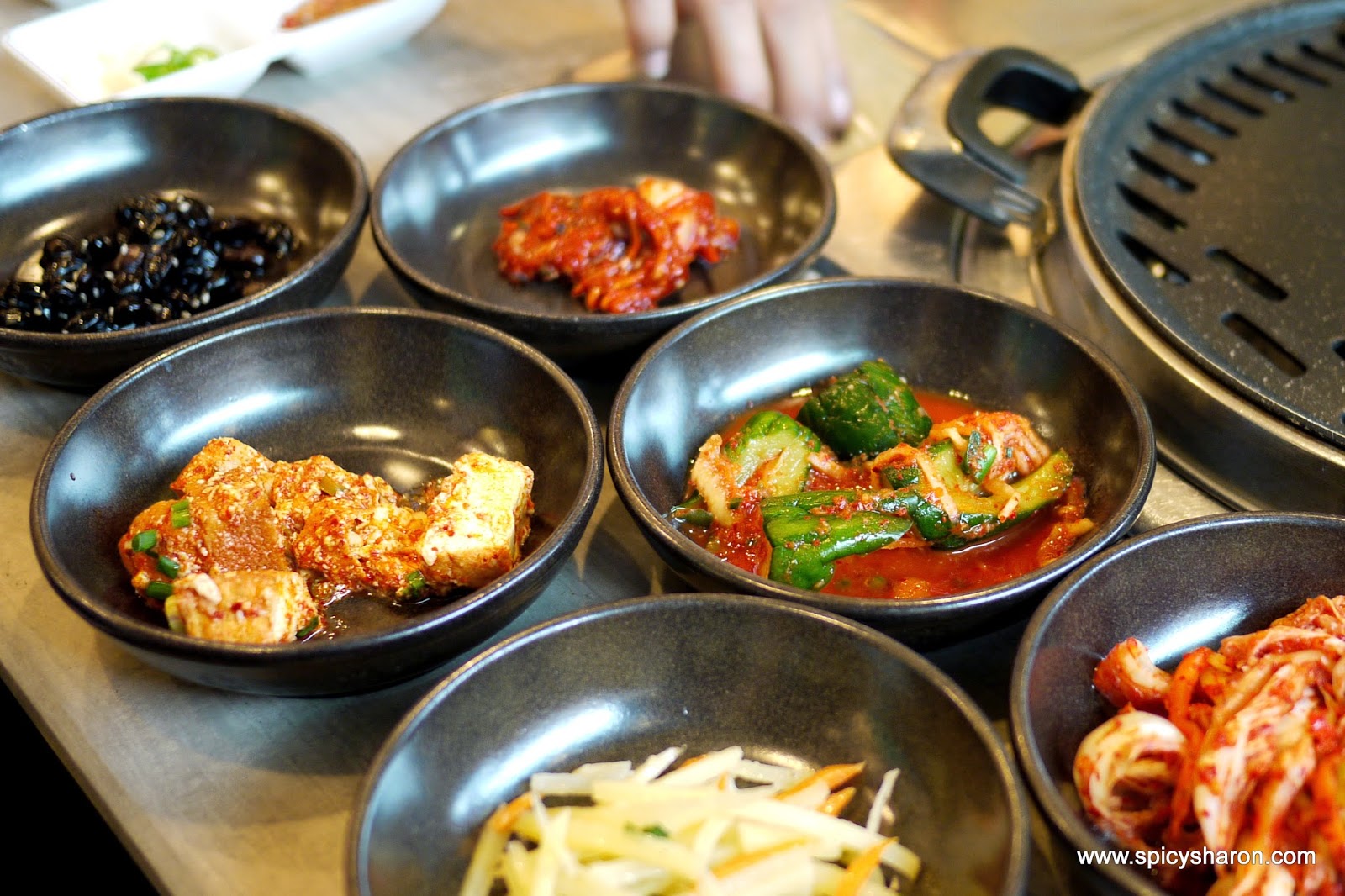 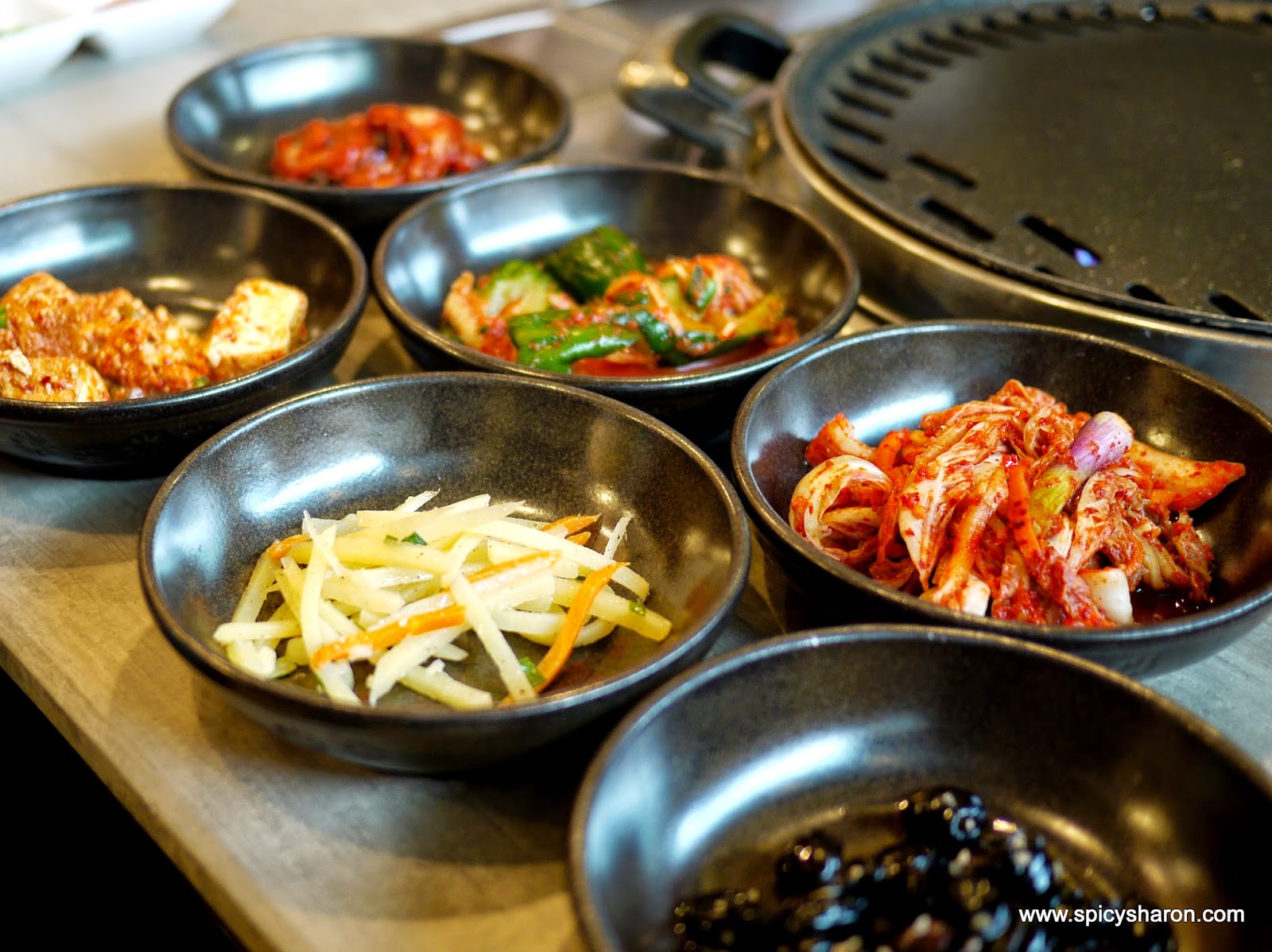 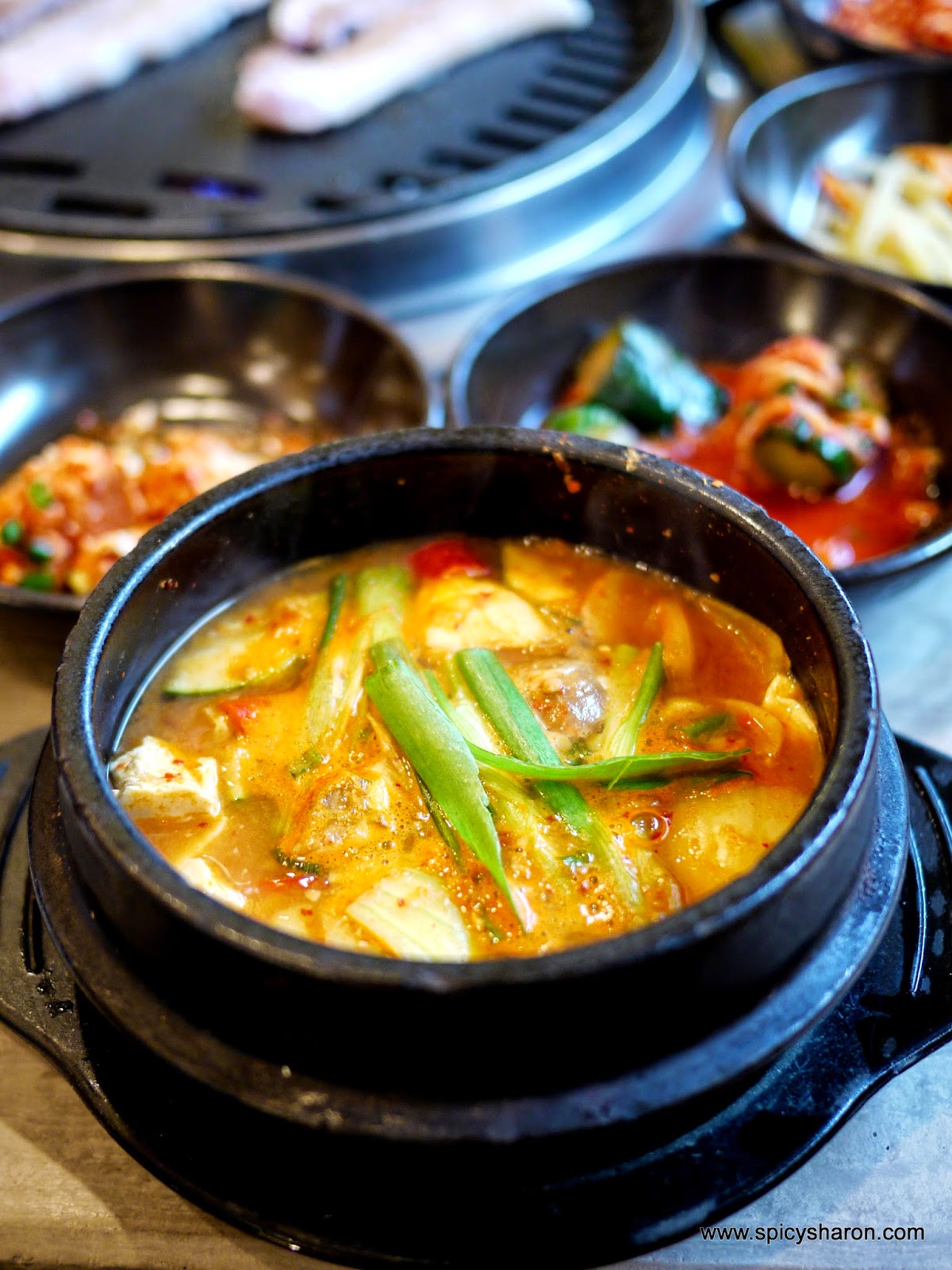 The selection of banchans here are unlike any other – so much new stuff to try! But of course, the selection goes on rotational basis. The Korean black beans, kongjaban would have to be my unexpected favorite among the lots. I was munching on it the entire night. It came with a bowl of kimchi tofu soup also. 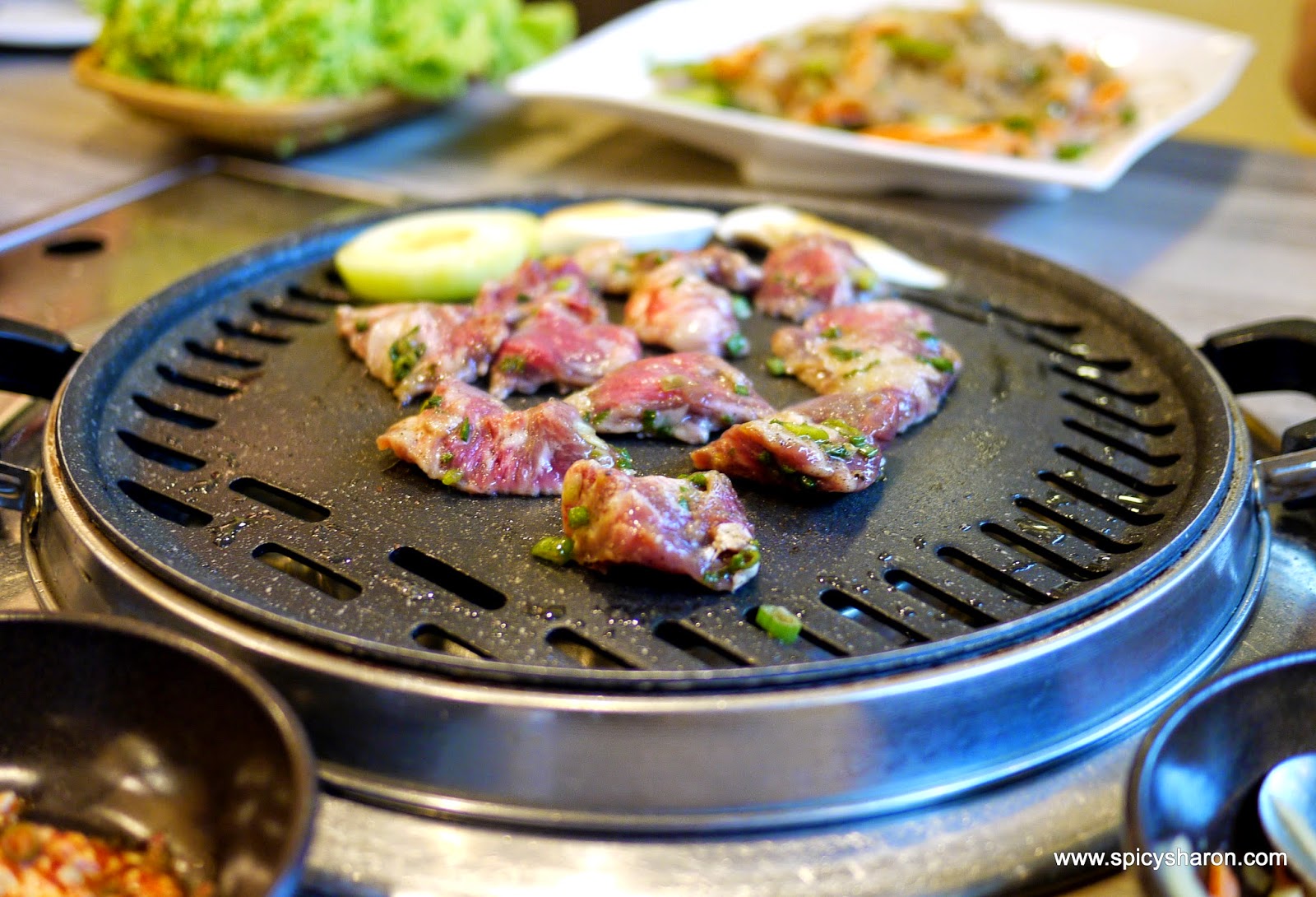 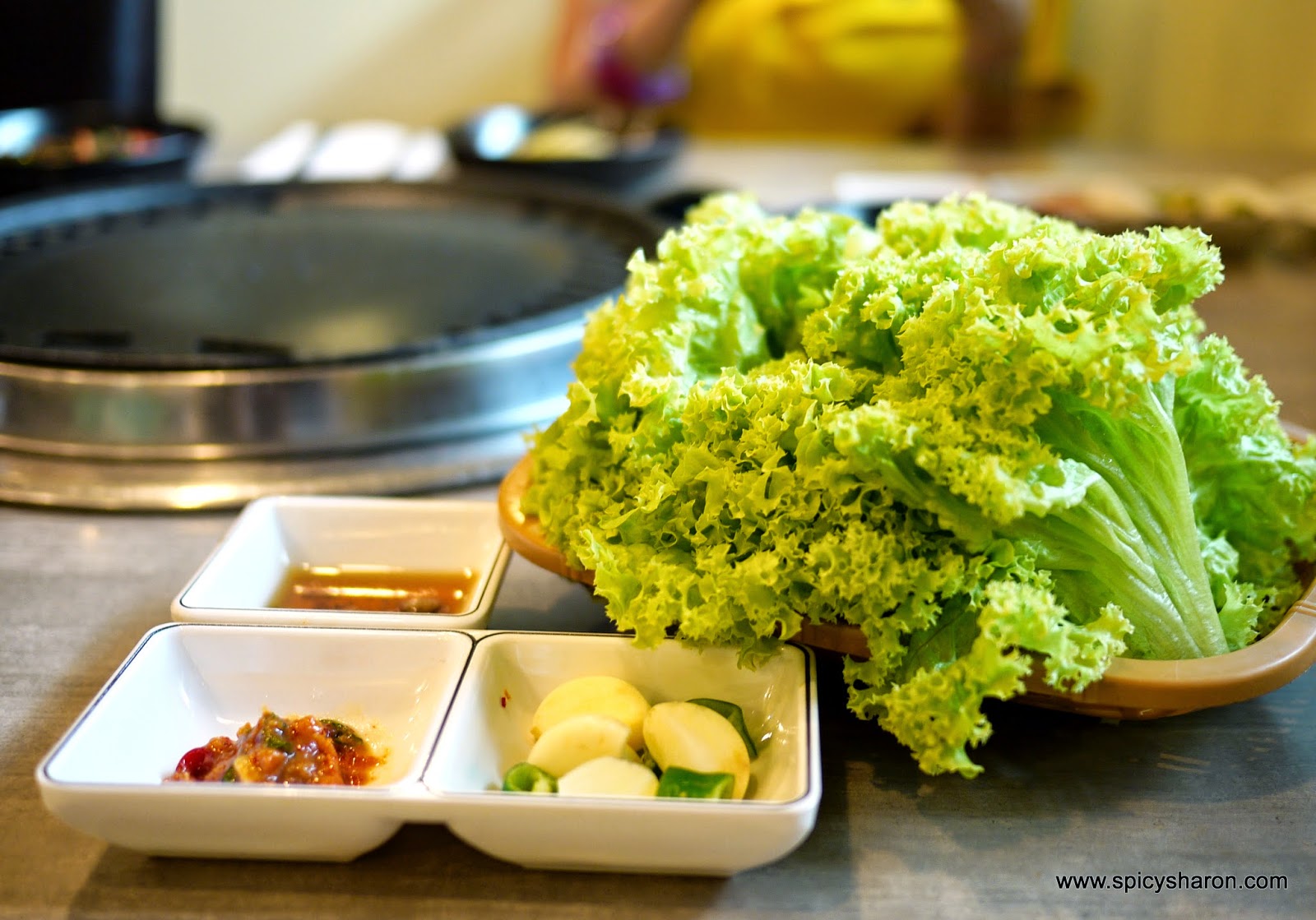 One look at the serving and I thought – That’s it? A chunk of Apgujeong’s signature beef would easily set you back at about 10 bucks each. Was it worth it though?

It is, in fact, one of the best Korean barbecued beef I’ve had in awhile – amazing textures complimented by fantastic flavors. Again – was it worth the premium price tag though? Maybe not.
Pork Belly. Rm30. 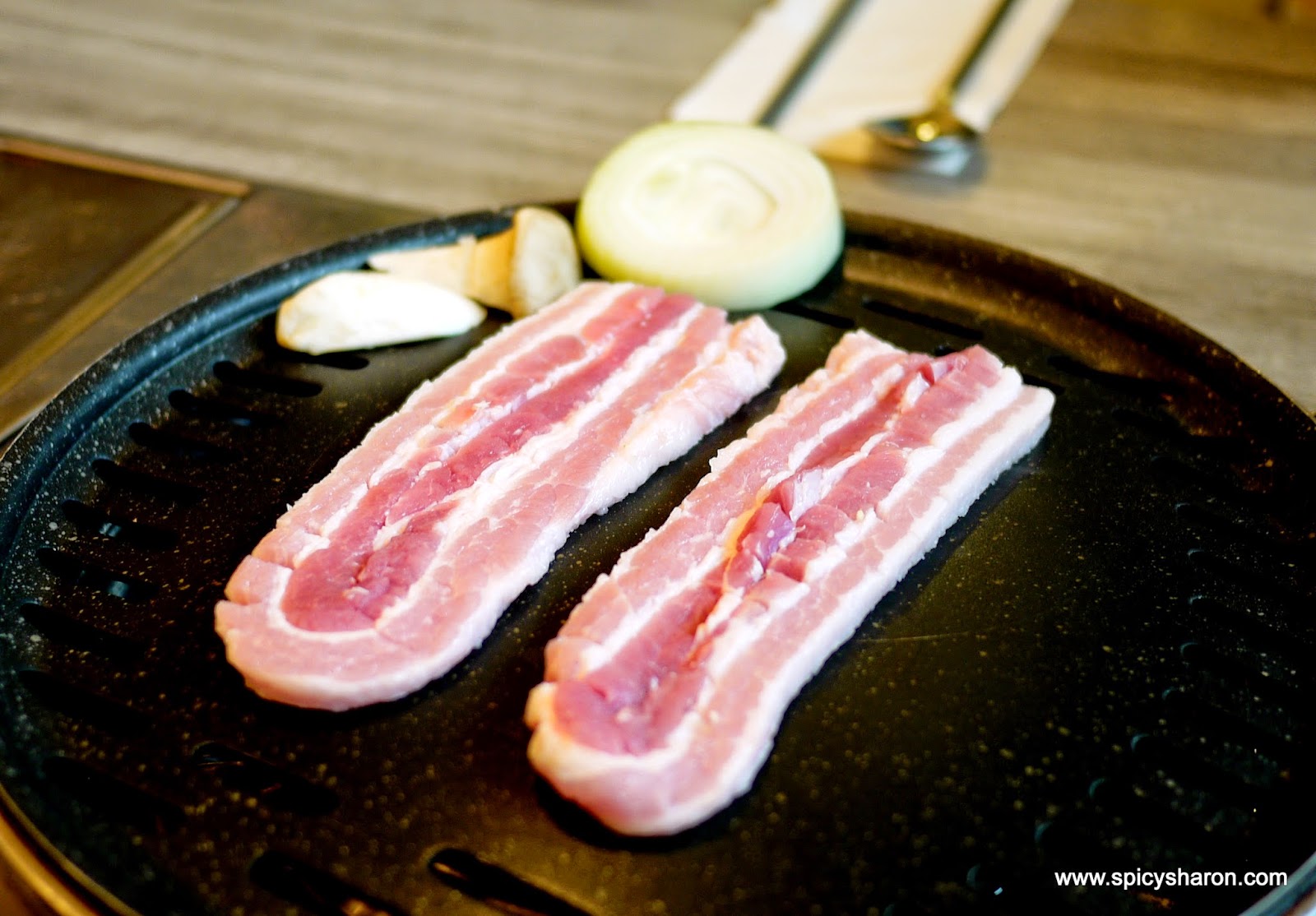 The pork belly on the other hand, tasted just alright. I thought it could have been a bit more richer.
Japchae. Rm30. 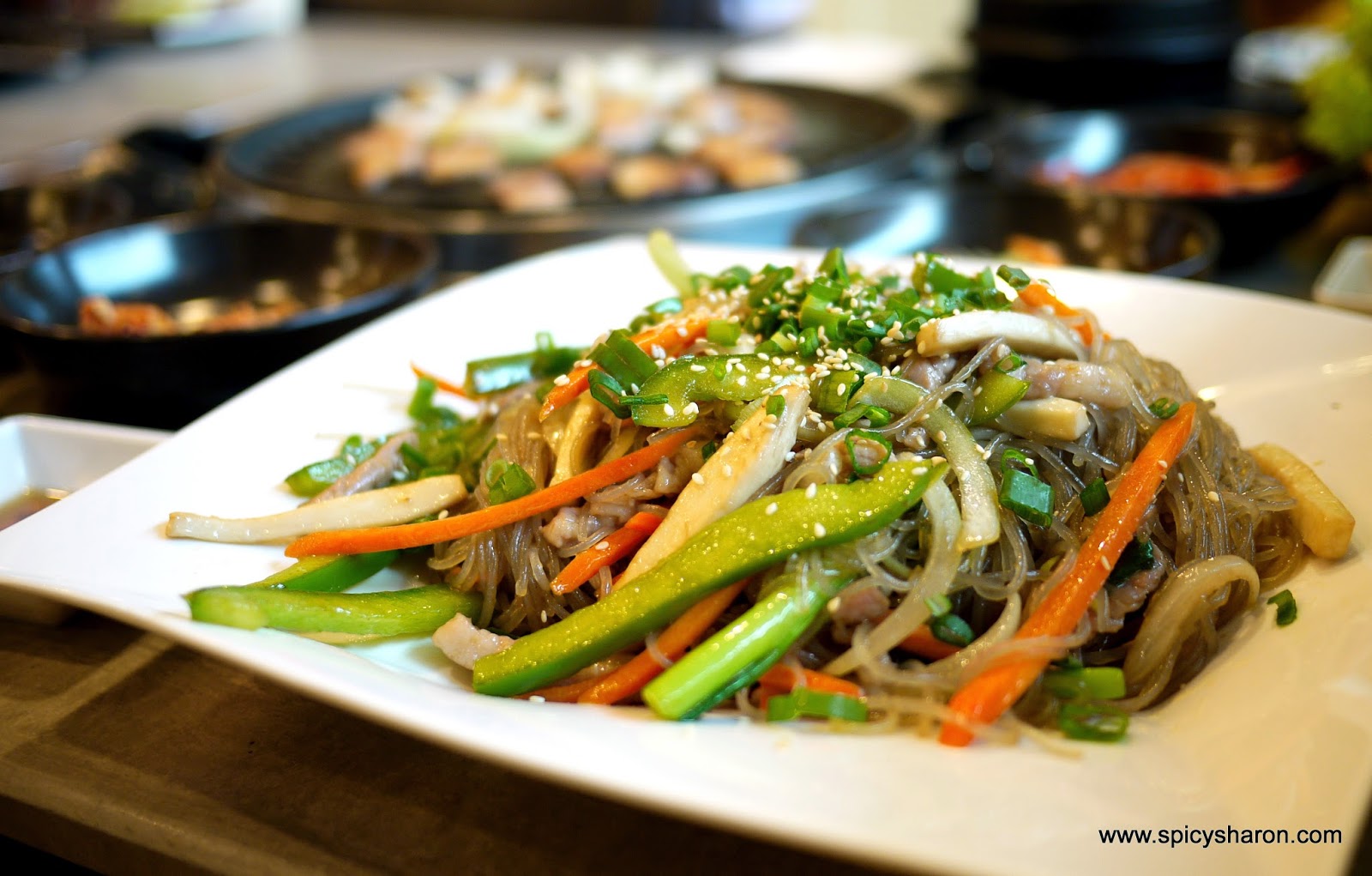 Another highlight of my meal – japgae. No doubt it was a little dry but the sweet potato noodles were very tasty. Portion came really generous too. My friend literally gobbled down more than half a plate by himself.

Overall Rating: 7.5/10. A Korean favorite among the Koreans. The food was good – the price tag not so, particularly the barbecued meats. Most of it are heftily priced at Rm60 and above for a single portion. Be prepared to fork out a little more here. That said, I would surely return in the near future.
Apgujeong is located at:Address: J-1-15/16, Soho KL, Solaris Mont Kiara 50480 Kuala Lumpur. Phone: 03-6211 4061
Located on the top floor of Soho KL, inside the mall, facing the main roads.