All Slurps On The 10 Nissin Cup Noodles Flavours.

Having a full time, desk bound job would meant that I’m typically tied-up on weekdays, and hence leaving not much room for fancy meals as such. I’d usually grab whatever that was convenient, on the go, and doesn’t burn a hole in my pocket.

I must to be honest here too, I’d sometimes skip meals, sometimes lunch; sometimes dinner, or I’d just go straight to supper.

The one thing I constantly craved for – especially during those rainy nights, is a hearty and piping hot bowl of cup noodles – a quintessential Malaysian anecdote of comfort food. Thank goodness it is affordable too.

The best part of Nissin is that there are 10 exciting flavours to choose from. Where else can I get Chili Crab flavored cup noodles?

– The 10 Nissin Cup Noodles Flavors –
1. Tom Yam Seafood (my favourite!): It is distinctly hot and sour, with a tinge of seafood in between. The lemongrass and kaffir lime leafs simply adds aroma to the overall experience.2. Chili Crab (my favourite!): The flavour that I was really looking forward to tasting and it’s a pretty interesting one. It had a combination of sweet and salty with a hint of seafood flavour to boost the chili crab-ness.3. Laksa (my favourite!): There’s just something about laksa that leaves me tempted without fail. Nissin’s version had the right balance of spiciness and coconut milk, that was oh-so-flavorsome.4. Seafood5. Chicken6. Mushroom Chicken7. Kyushu White8. Black Pepper Crab9. Spicy Seafood10. Cream Of Chicken 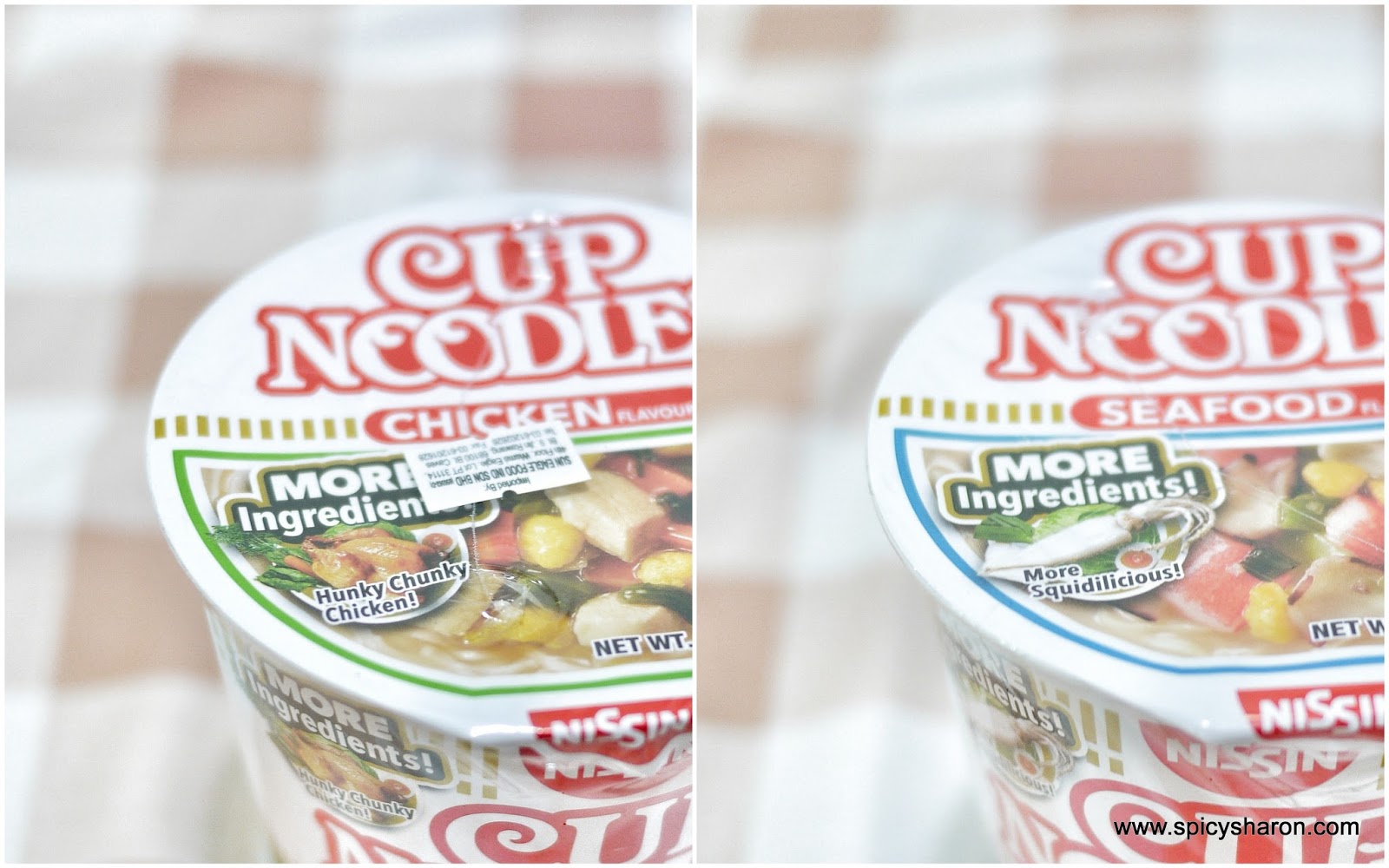 Apart from the noodles, I’d typically add an egg (it always taste better with an egg – no joke), frozen sausages or ham and a fistful of greens just to balance everything out, based out on my own creativity of course.

The new Nissin Cup Noodles however, comes with more ingredients and garnish, thus I no longer need to go through the added hassle of preparing the extras, which is a definite bonus. 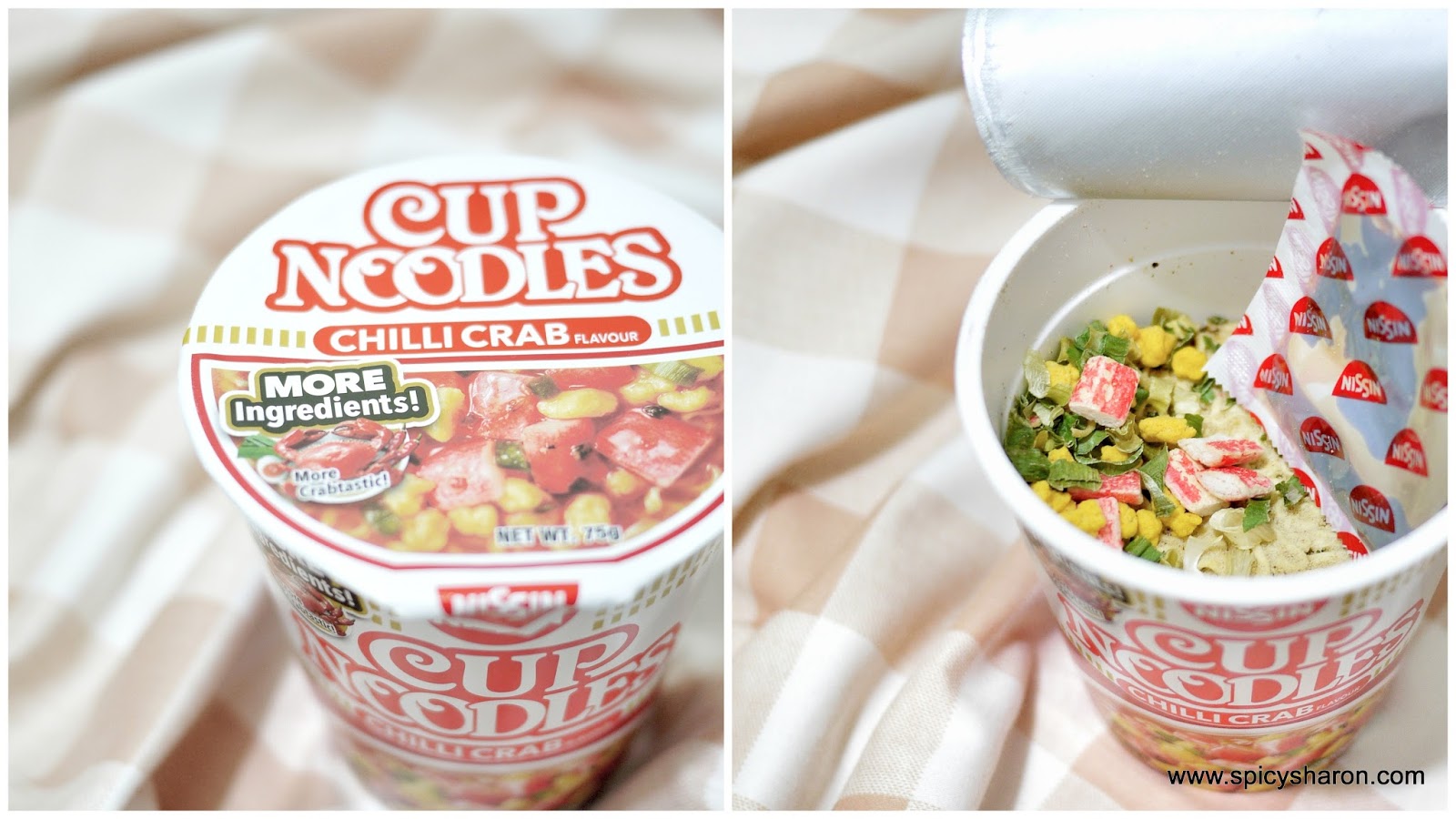 A midnight snack couldn’t be as fulfilling and as simple as that. 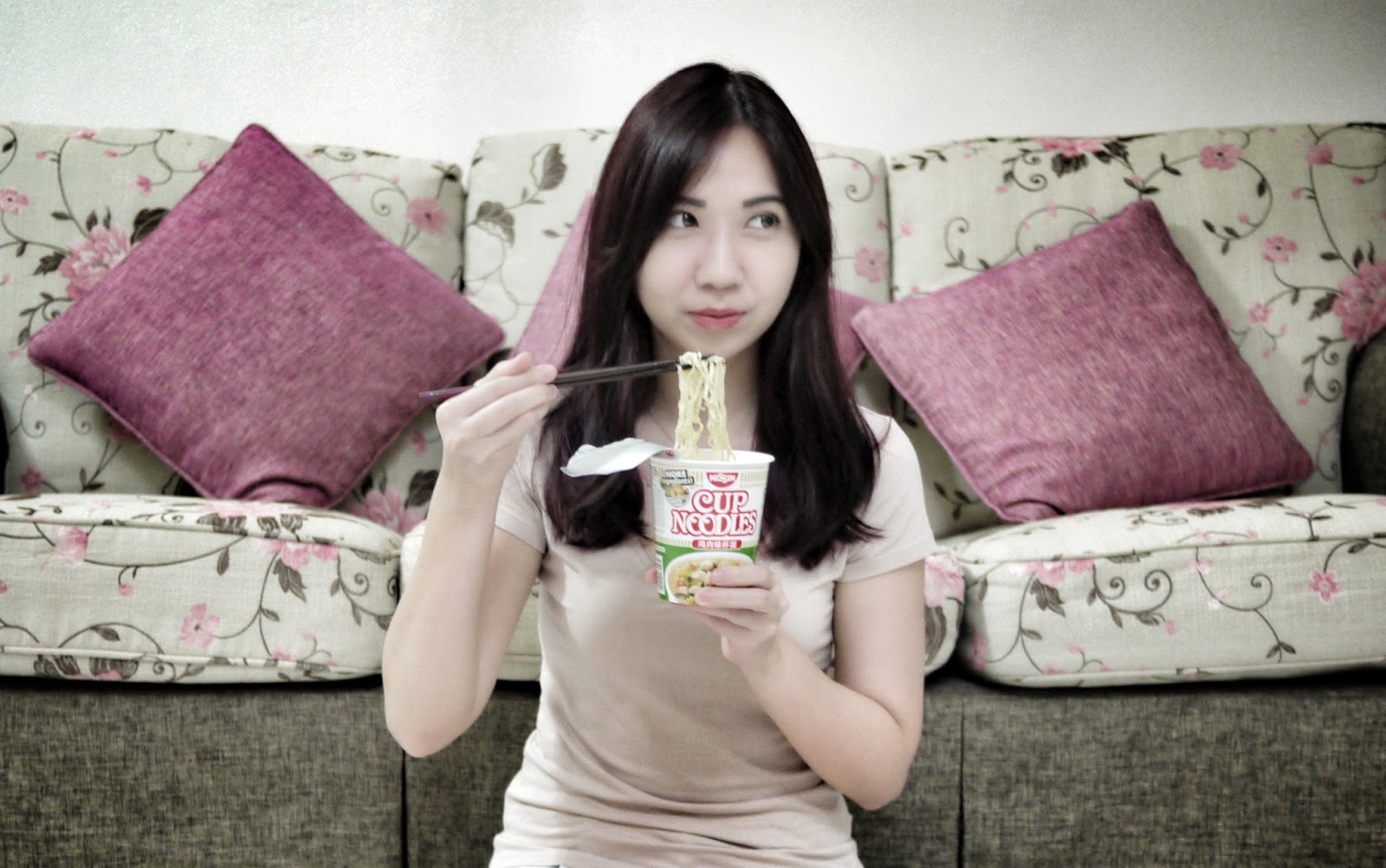 Before I forget, check out the new Nissin Samurai Ad’s below. It’s pretty cool.