Hui Yin’s sister and her hubby were craving for good seafood, but we were also reluctant to travel all the way to Teluk Pulai. So instead, we drove all the way down to Kelana Jaya, to the now famous King Crab Restaurant. Reached there at around 9:30pm, was past standard dinner time, so finding a parking spot was not hard at all. 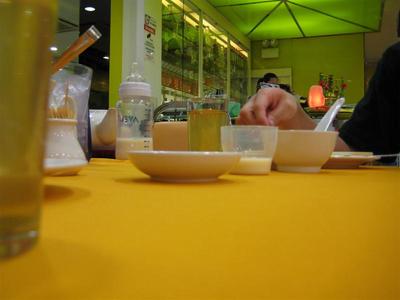 After taking forever to order (I even called up Mei Yen and Precious Pea), we are served the tidbit to fight off our hunger first. Instead of the usual nuts, here they serve you Achar (RM3.00++). Looked good and tasted even better. 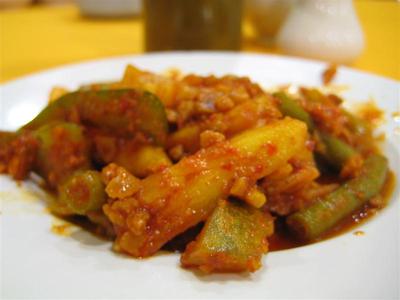 As most of the dinner crowd was already dwindling at that time, it didn’t take long before our food was served. The first to come was the “Pak Cheok” Prawns (RM30.00++).  Was skeptical at first when I saw how simple the dish is. But I ended up eating heaps of them as the prawns were so fresh and nice. Simply wonderful when eaten together with the special chilli dip provided by them. 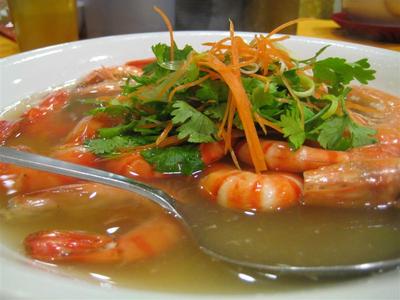 You don’t have to ration the chilli dip as they place one whole bottle of it on each table. So eat as much as you want (or can for weaklings that can’t take spicy stuff 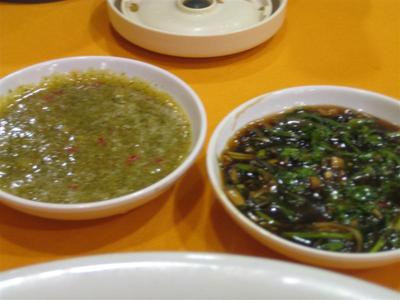 If you ask the waitresses to recommend you a dish of crabs, most probably they will mention the Claypot Butter Crab (RM38.00 per kg). And not surprisingly, it was one of the best crab I’ve eaten so far. Now, I can’t say I’m a hardcore fan of crabs, but I simply love this one. Not so much about the crabs itself, but the butterish gravy that comes with it! 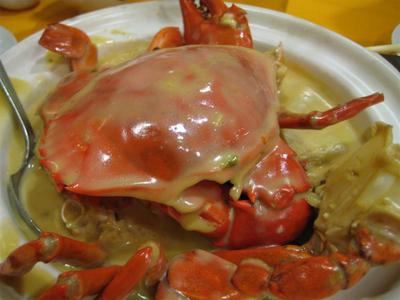 It was so much fun using the mallet to bash the crab, and then use the meat to sop up the butterish gravy. The gravy is truly heavenly, with an almost perfect creaminess.

Another way to enjoy the delicious gravy is by eating them with the bread/bun/man tou. Priced at RM3.00++ per plate, the bread is great to be dip into the gravy and let it absorb as much gravy as possible and then eat them. We really like it a lot, and can’t resist the temptation of ordering a second plate of the buns. 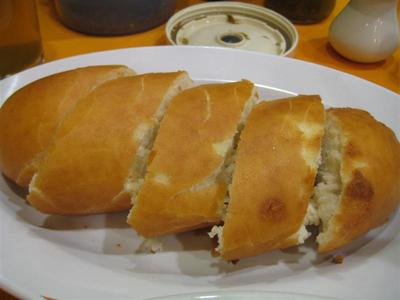 And the other dishes came in quick succession. The Salted Egg Fried Sotong (RM15.00++) was one of the highlight. The fried squid is very very crispy, and one bite you can taste the strong aroma of the salted egg. Just a simple thing but will make you come back for more. 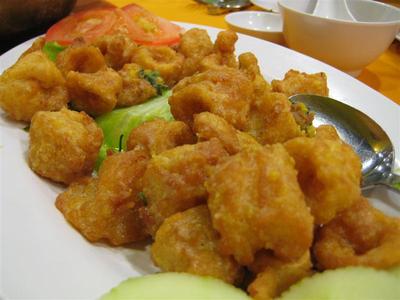 The Guinness Pork Ribs (RM15.00++) was yet another gem. From the name you can probably guess what’s this dish. Instead of Marmite or sweet & sour sauce, this version uses Guinness Stout beer (Hak Kau Peh) to marinade the spare ribs. How they do it, I have absolutely no idea, but the combination of Guiness Stout, soy sauce, honey and other ingredients worked wonders. 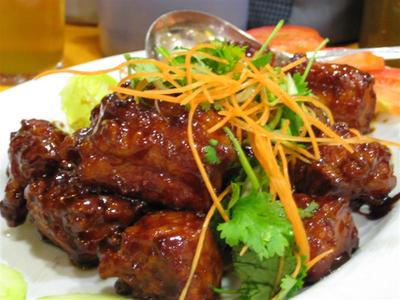 Instead of rice, we ordered a big plate of Black Pepper Udon Noodle (RM15.00++).  Now a common item on any kopitiams and cafes’ menu, the Udon Noodle here is not fantastic but we loved it nonetheless. Not too overly salty and peppery, the noodle also comes with generous amount of other ingredients. 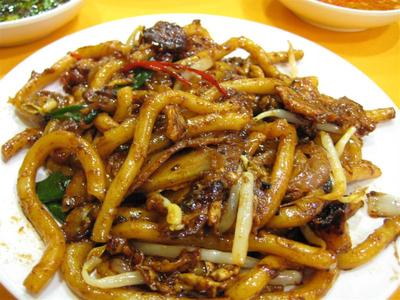 I was truly pleasantly surprised by this King Crab Restaurant. Not only by the good quality and taste of their food, but also by their very reasonable pricing. This very satisfying meal only cost about RM140 for 4 of us. Considering the location, ambience, good service, and the quality and taste, the price is definitely very good. And if you would like to push the price even further, decline the towels and the tidbits.

Sure they charge 5% for service and another 5% of government tax, but I feel it is still more worth than driving all the way to Port Klang or Teluk Gong? Unless you want to have the feel of makan trip and seaside of course.

* This restaurant is situated right opposite the Kelana Jaya LRT Station. It’s on the same row as Marco’s Pizza and it is difficult to miss the huge crab signboard.
Other reviews:

On the go King Pie at Suria KLCC