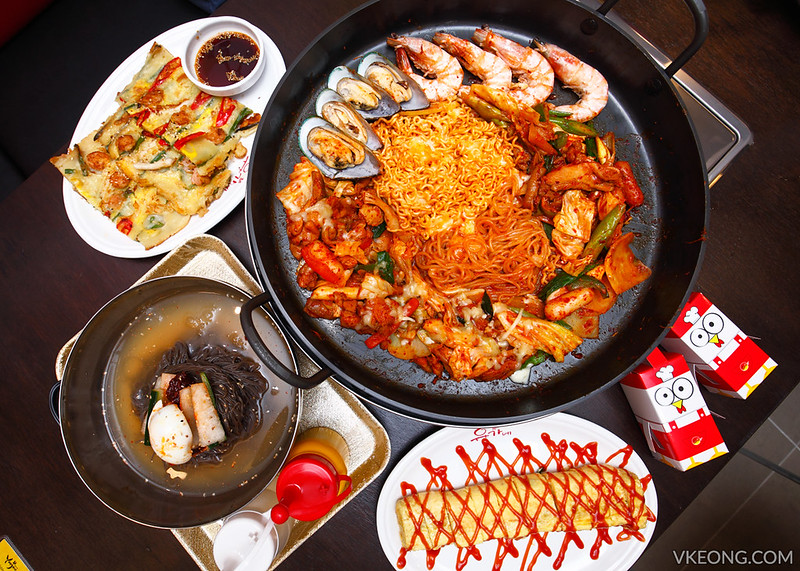 Yoogane, the famous dak galbi chain from South Korea has opened its first outlet at 1 Utama last weekend. Started in Busan since 1981, Yoogane is one of the most popular chicken galbi restaruants famed for their unique blend of sauces and seasoning made from high quality ingredients.
To celebrate their opening on 18th Dec, many of their signature dishes like Chicken Galbi and Chicken Bulgogi were going at RM1 – that’s why people were seen queuing to get into the restaurant. Who would want to miss such a great deal?

So what exactly is dak galbi? Well, it’s a common Korean dish where you stir-fry chicken marinated in gochujang sauce along with sliced cabbage, onions, rice cake and sweet potatoes. Sometimes, cheese is added for extra flavor or simply because they just go well together. 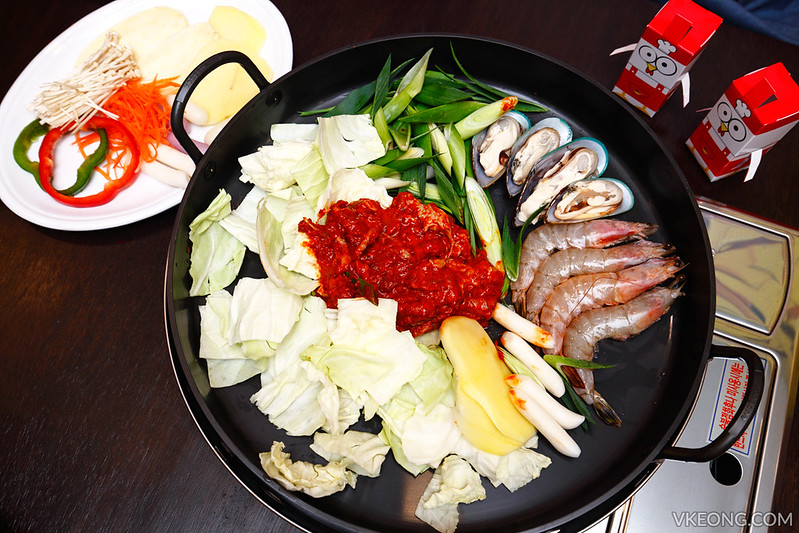 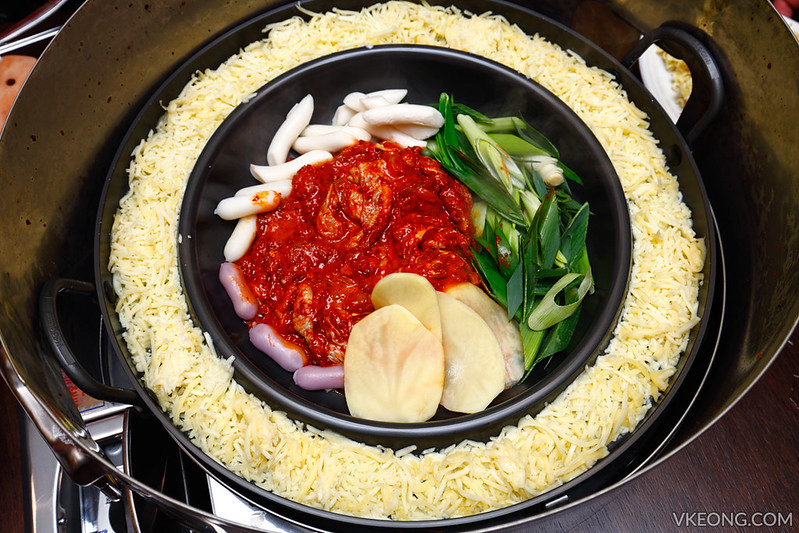 There were five of us so we ordered a couple of their chef specialties to try. We picked the Cheese Chicken Galbi and Seafood and Chicken Galbi, both priced at RM89.90 each. FYI the portion you see above is meant for 2-3pax.
If you have a larger party, you can either opt for an upsize (extra RM20 for the seafood and chicken galbi) or simply get a few add ons to complement the meal. The menu also offers noodles, snacks and fried rice to cater for other tastes. 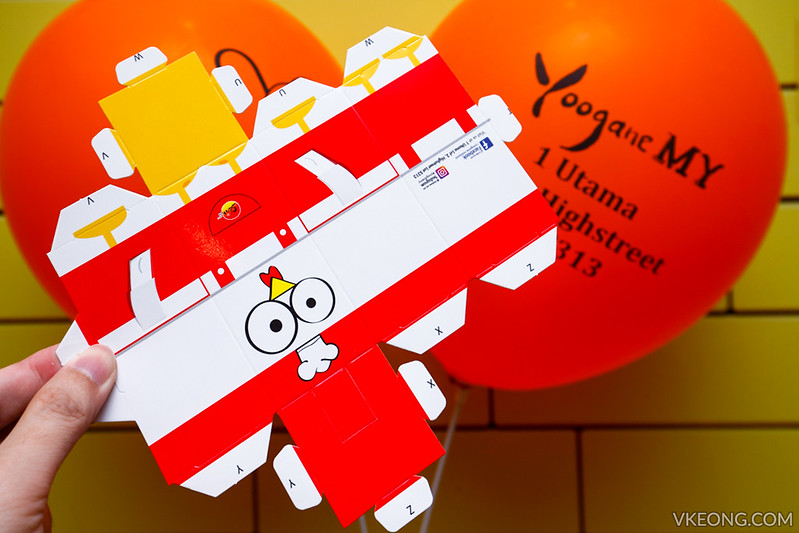 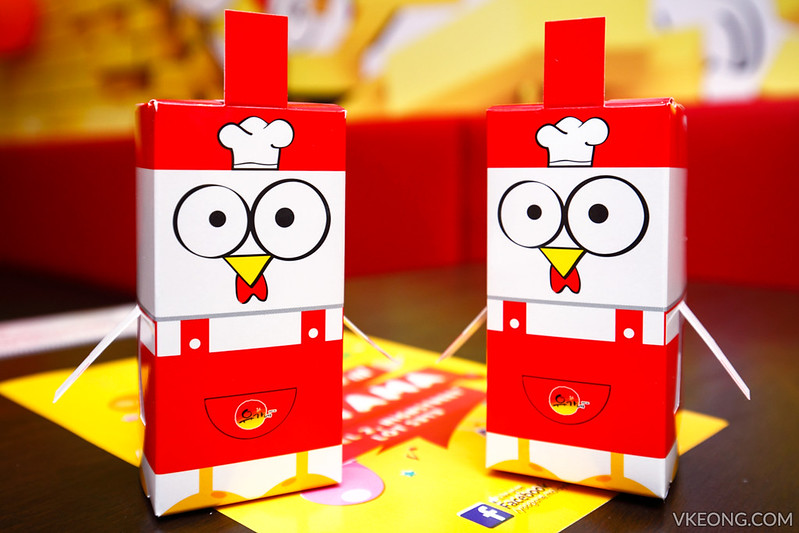 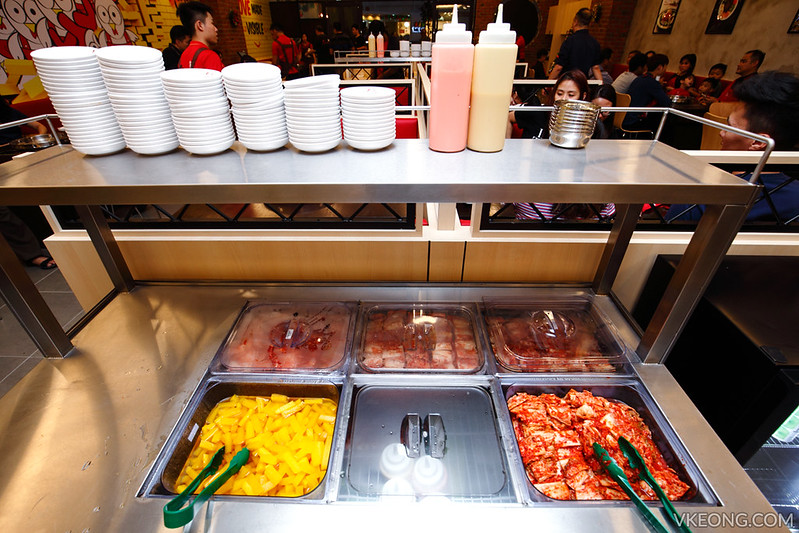 While waiting for our food to arrive, we killed some time by folding the paper mascots. It takes at most a minute or two to finish, so you can also proceed to the mini salad bar and help yourselves with the pickles and kimchi. They are provided free of charge to every customer. 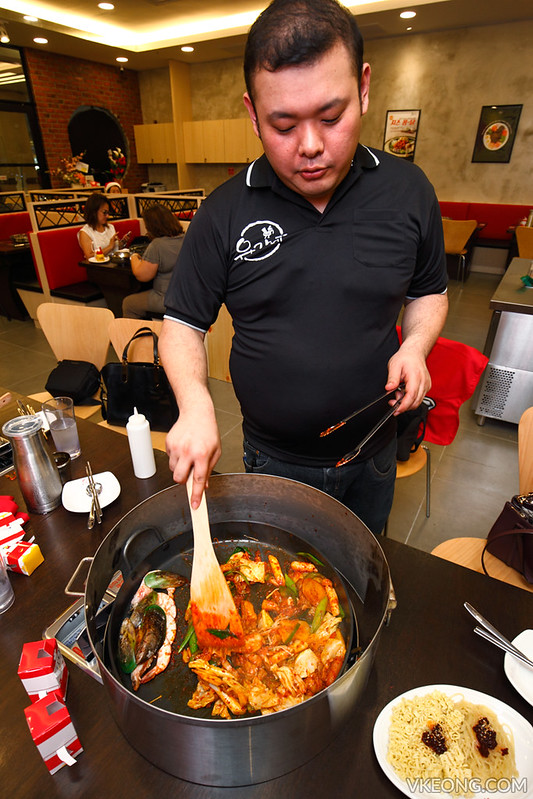 To ensure everyone enjoys the flavor intended, cooking is done by the staff at your table. Just sit back, relax and watch the dak galbi being fried and tossed right in front of you. If you are wearing something white, it might be a good idea to don the aprons provided since the pan is gonna sizzle with hot sauce. 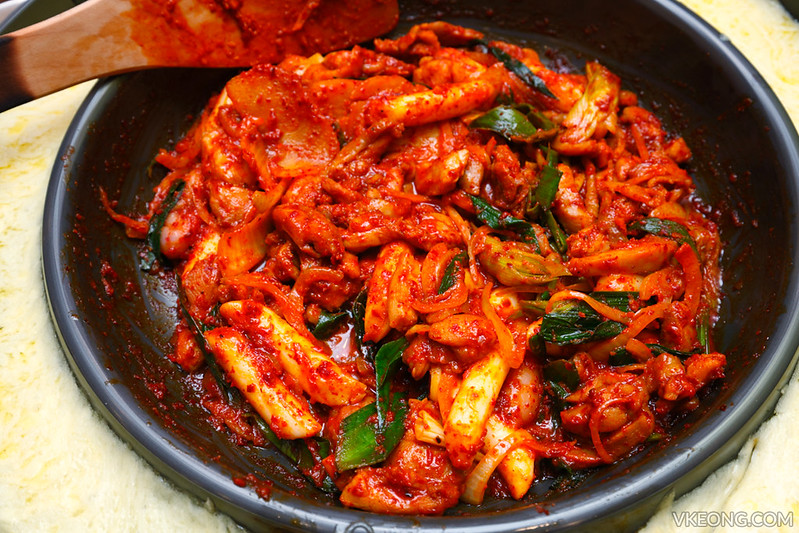 It takes around 5-10 minutes for the dak galbi to be ready and as you can see, the cheese at the ring side had melted and became a fondue of sorts. Then it’s just a matter of picking up the diced chicken pieces and dip them into the gooey cheese. What a gratifying experience. 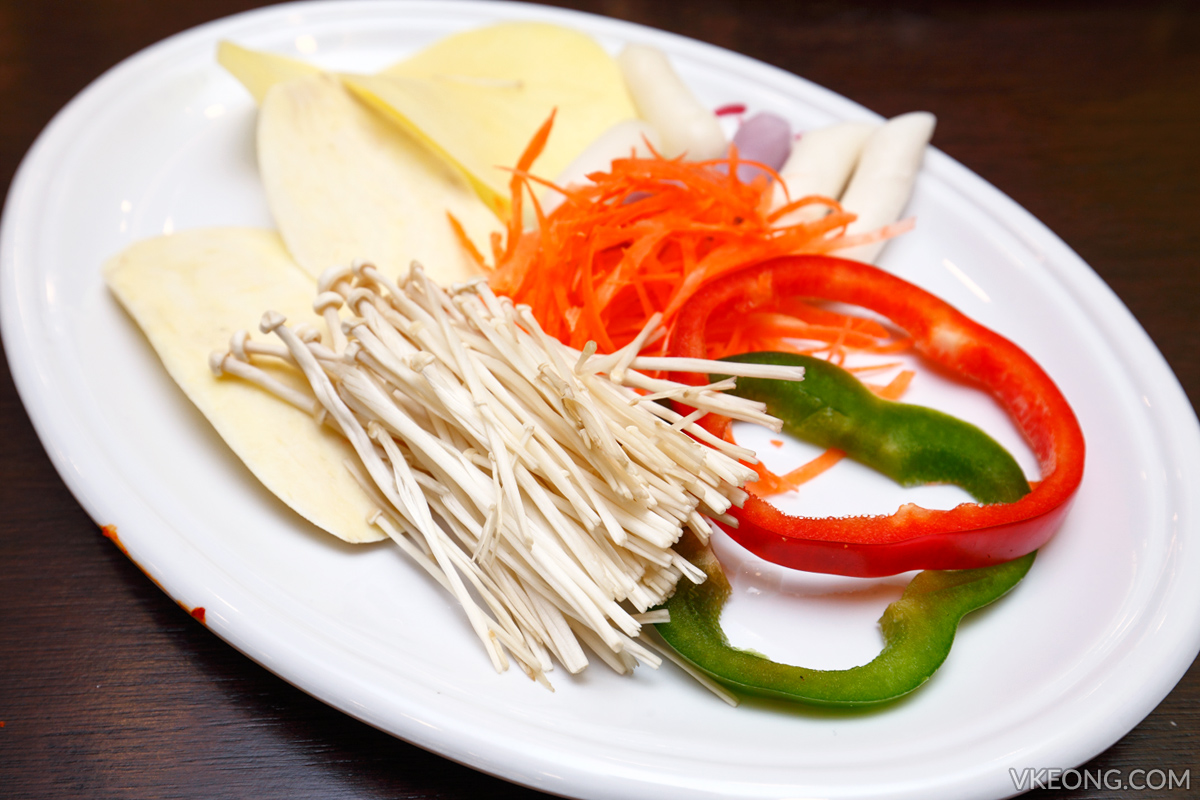 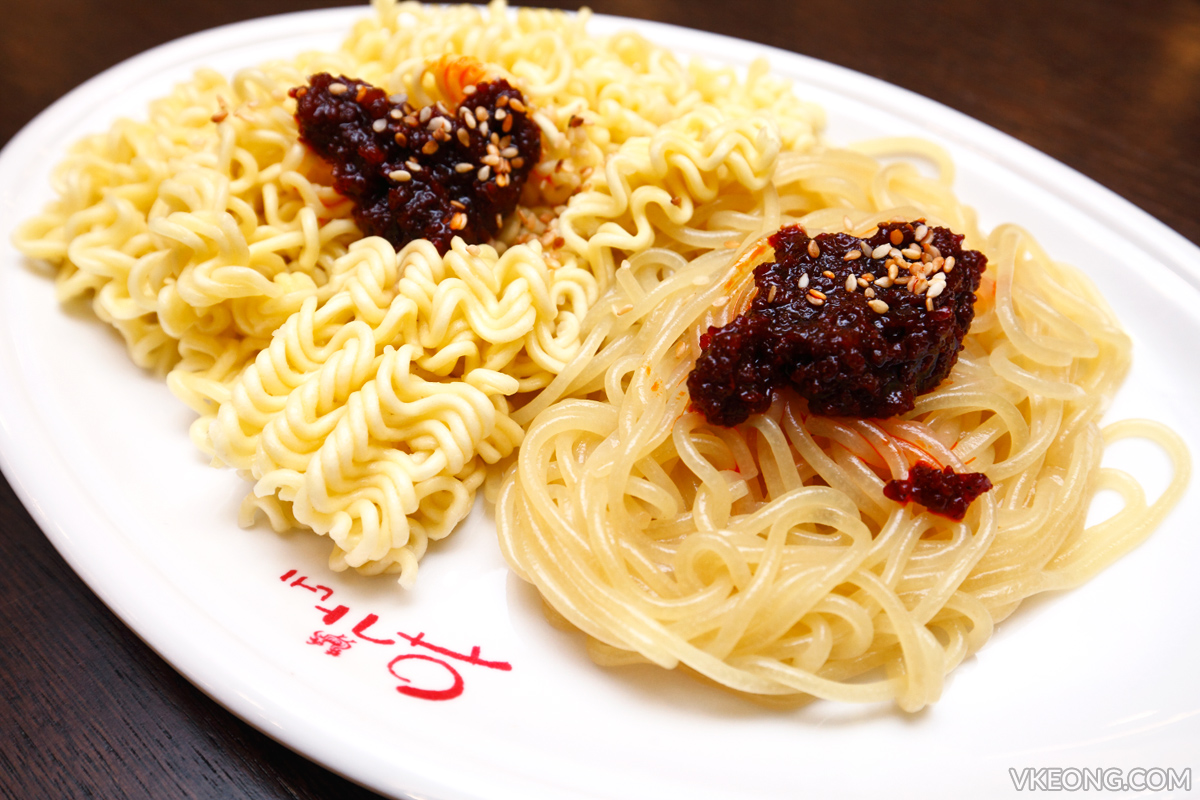 We also topped up the dak galbi with a plate of combination fixings @ RM15.90. It consists of mixed vegetables, mushrooms, noodles and topokki, perfect if you want to have a bit of everything. Extra mozarella cheese is only RM6.90 a portion, highly recommended for those who like everything cheesy. 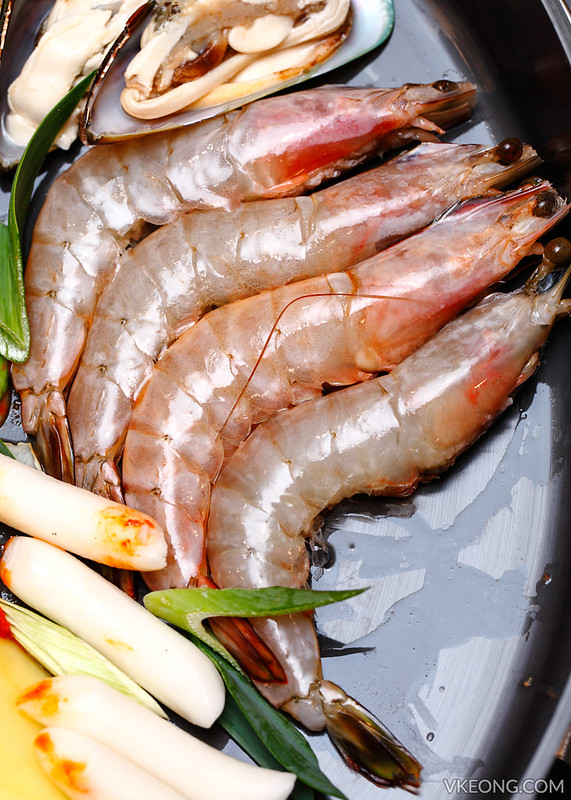 As for the Seafood and Chicken Galbi, I was actually impressed with the fact that ‘Ming Prawns’ were given. It’s quite rare to see such a high quality prawn being offered in a non-Chinese restaurant because of the high cost. And you can already tell that they are fresh by their clean and shiny look. 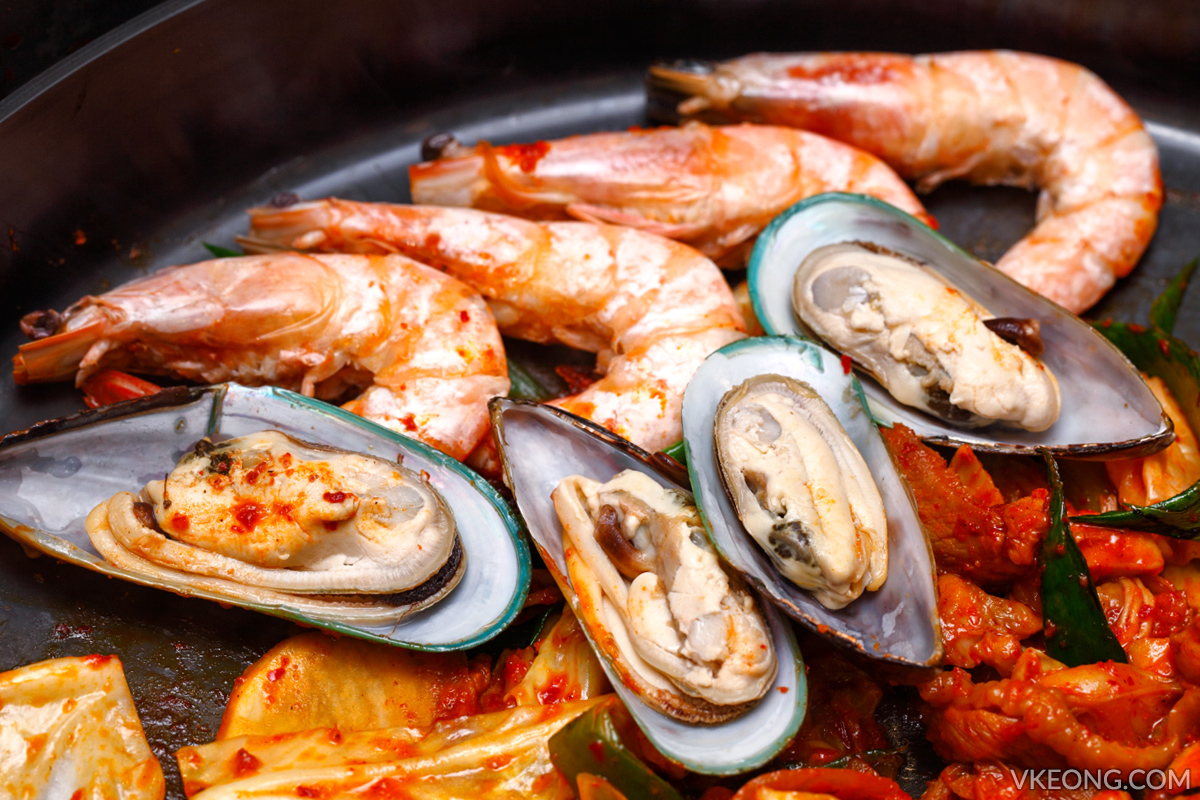 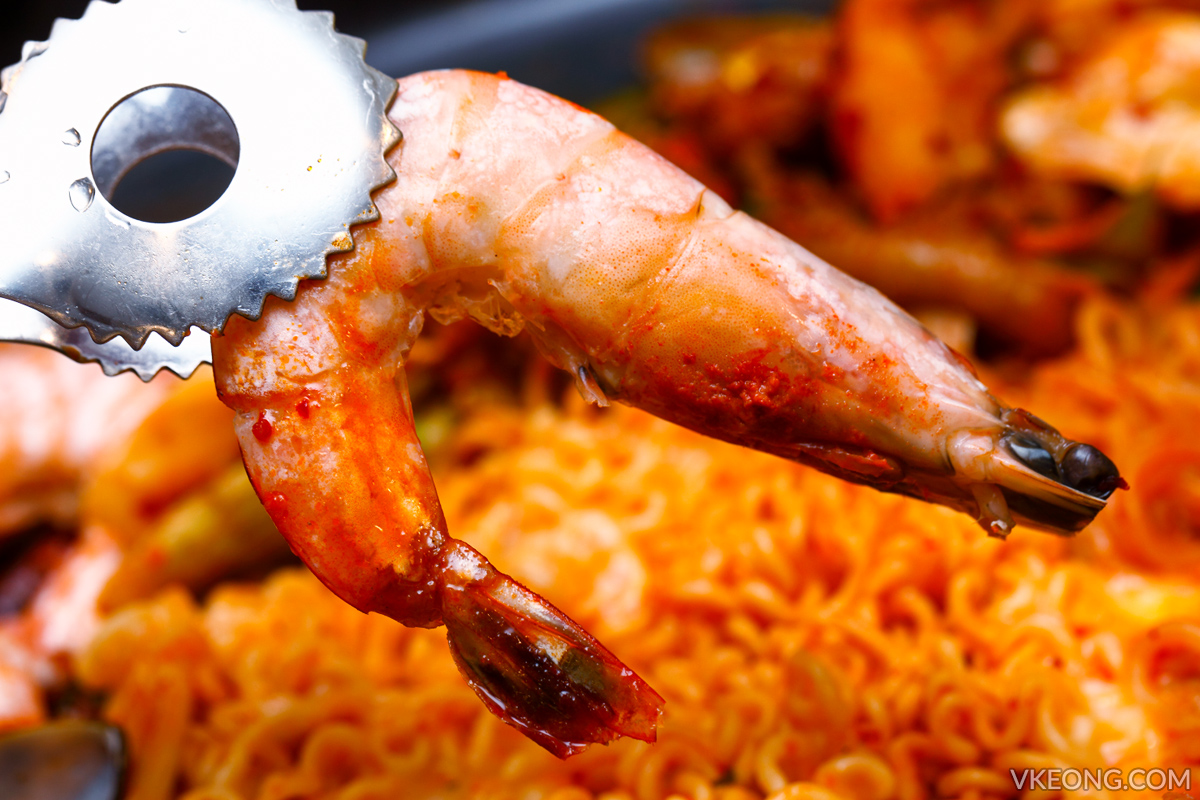 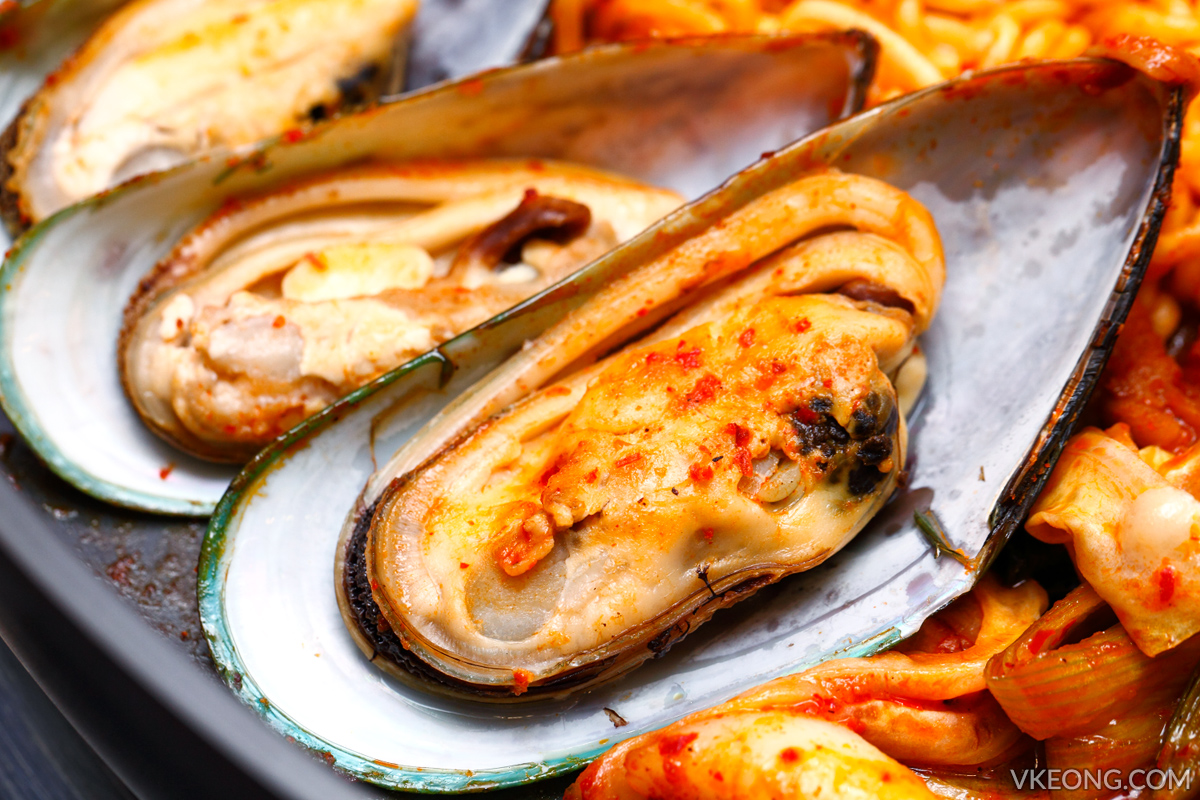 It takes a bit longer to cook the seafood and chicken galbi because it’s a more delicate process. Ultimately, the goal is to keep the chicken tender while not overcooking the seafood into a rubbery texture. If you notice, the mussels are actually steamed with open face down which kept them plump and enjoyable. 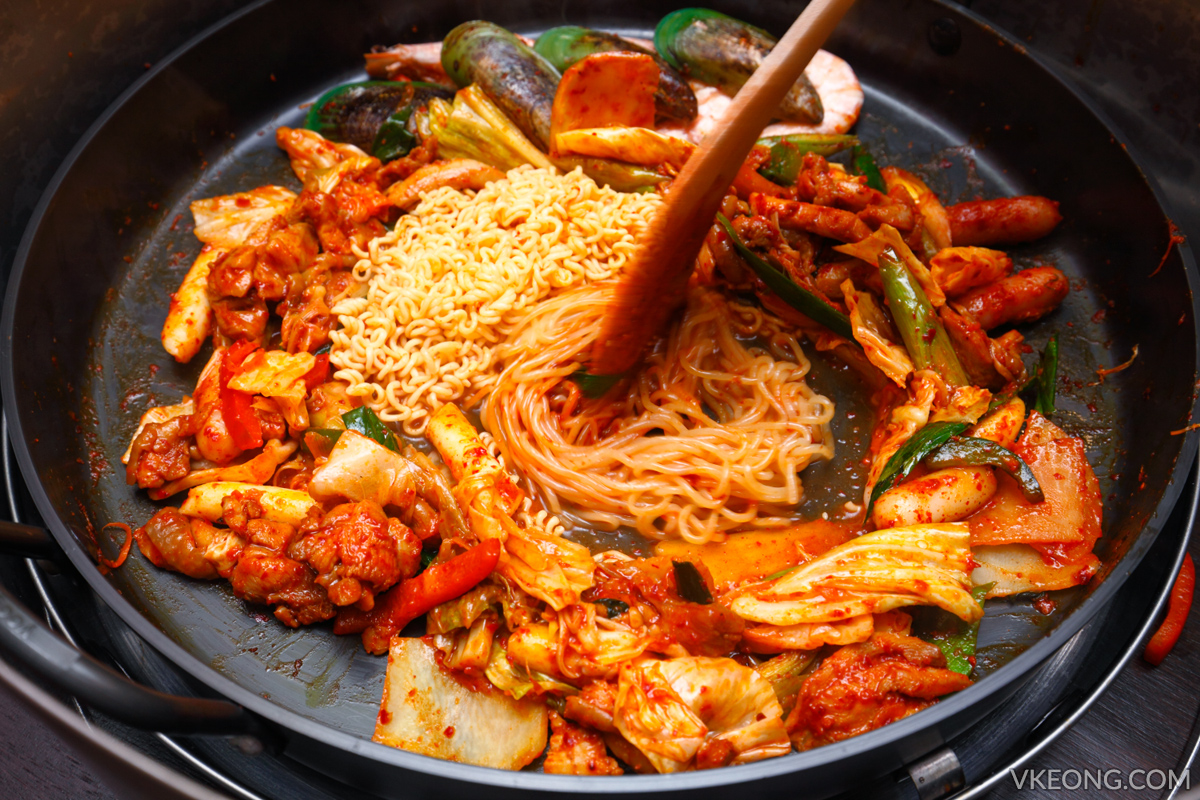 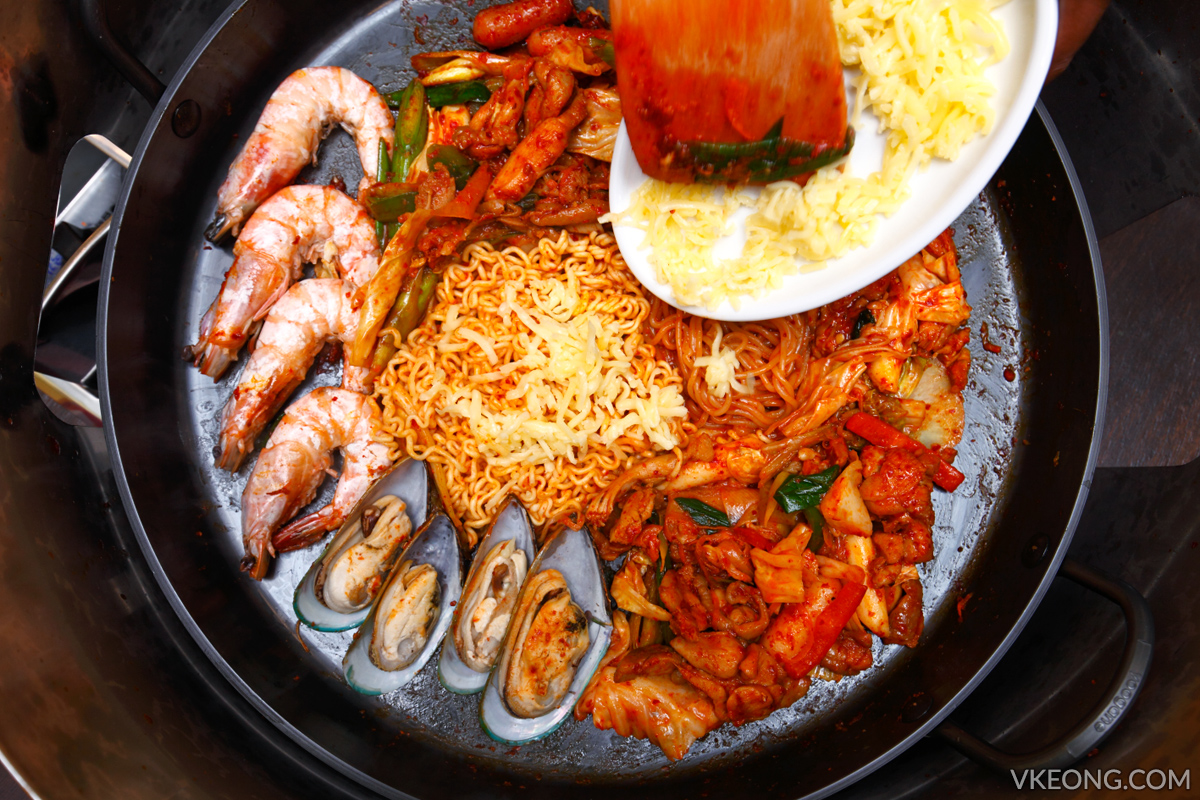 Finally, the noodles are added for a quick stir fry and finished off with shreds of mozzarella. At this point, the dak galbi already smelled irresistibly good and we couldn’t wait to dig in.
Even though it looks red hot, the spiciness is actually kind of mild and shouldn’t be a problem for most people. The overall taste is nice with a good balance of sweet and spicy, and the addition of cheese made a good difference. 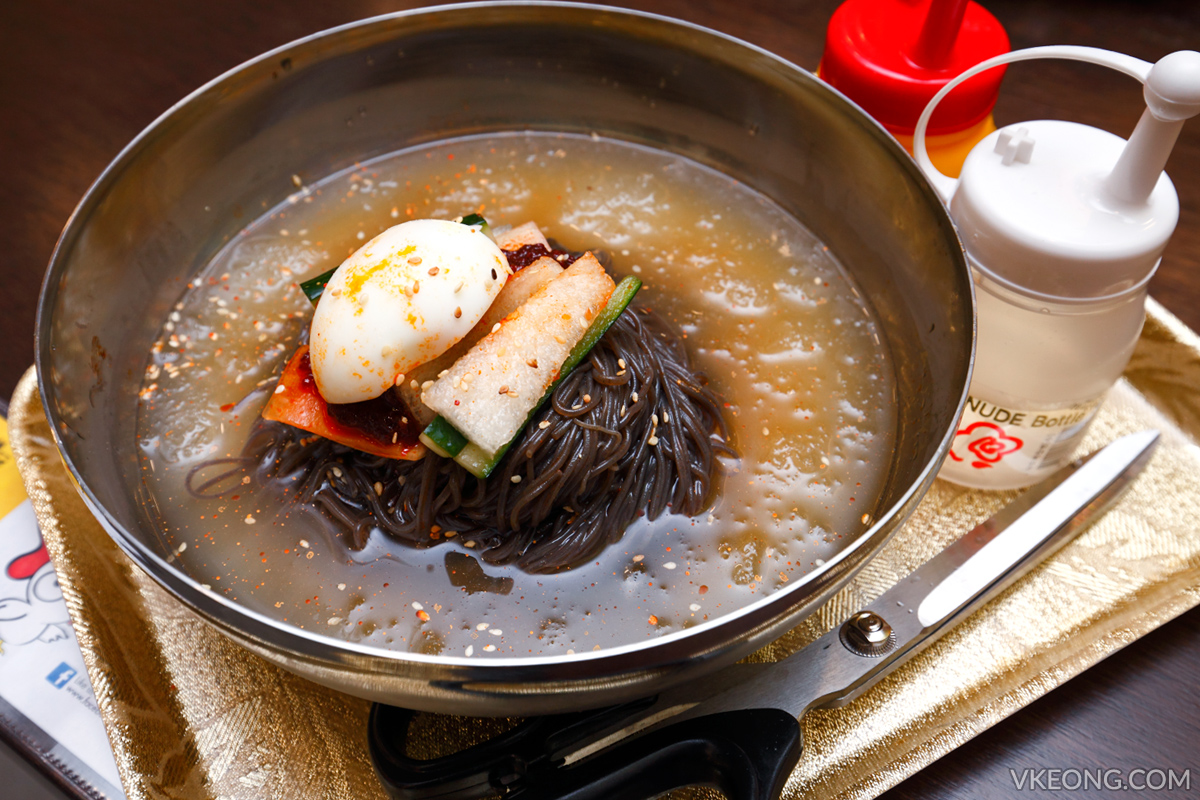 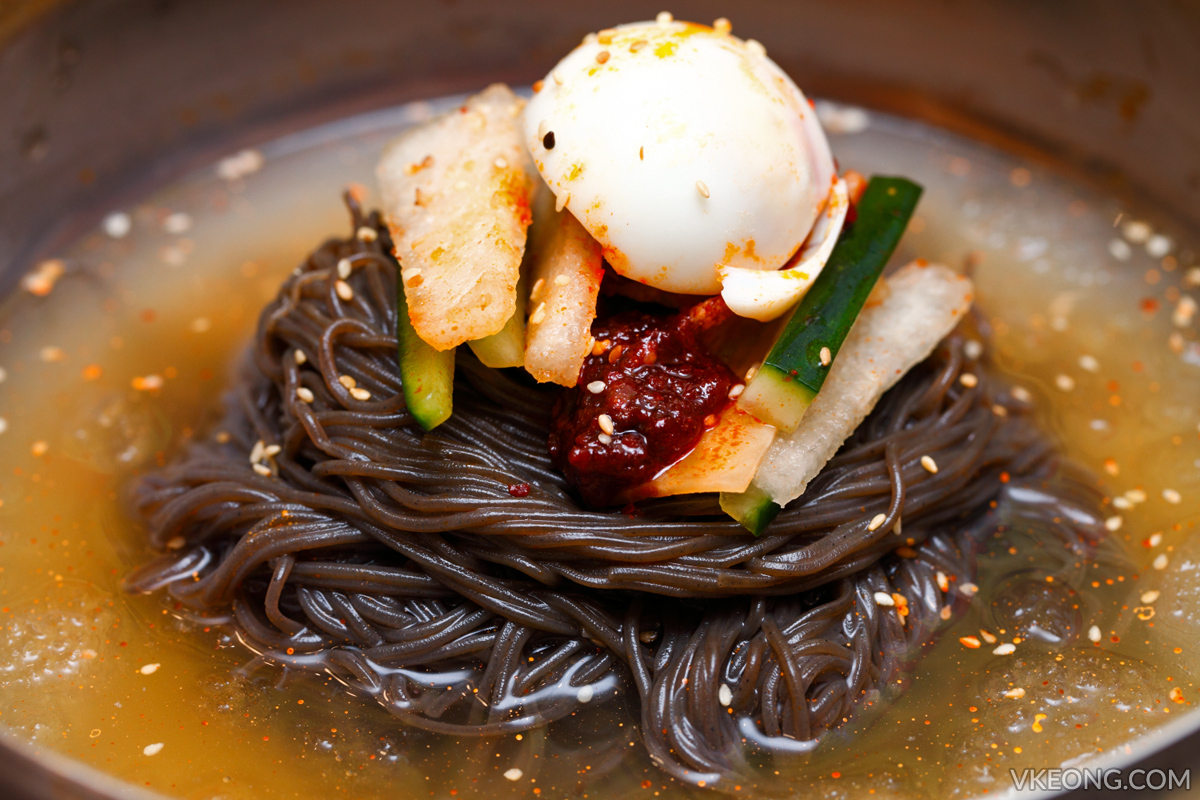 Besides dak galbi, we also had the Naengmyeon (cold noodles) @ RM17.90. The portion is surprisingly large because most of the noodle is hidden underneath the cold soup. If you ask me, I’d say ignore the scissors totally and enjoy the noodle as it is. It just tastes a lot better when you are able to slurp up the silky smooth noodles. 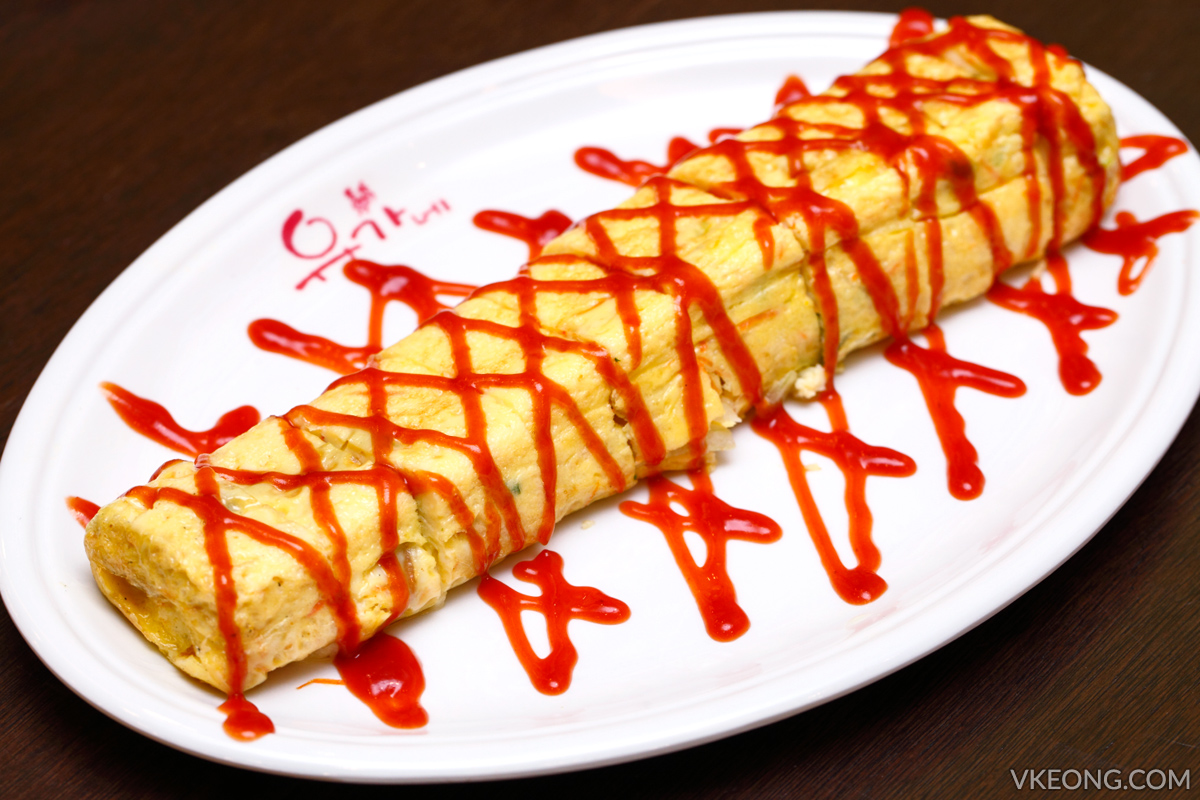 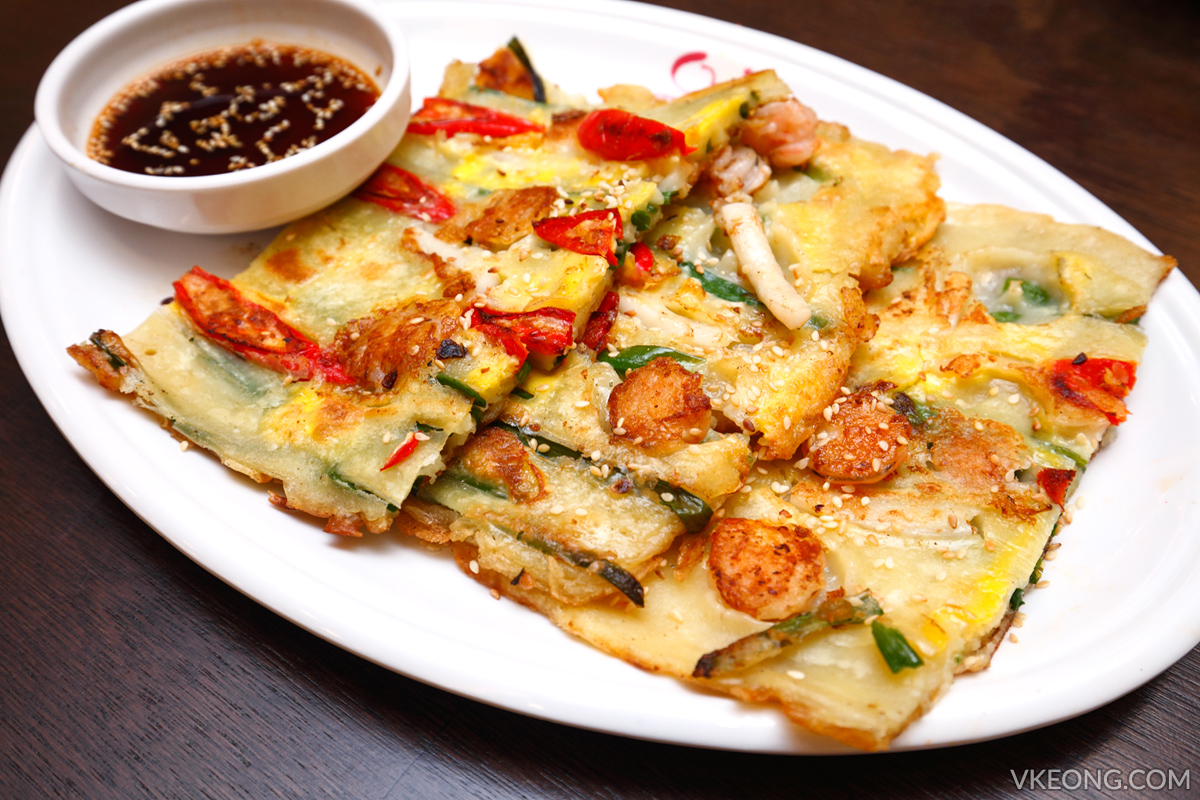 Other side dishes we tried included the Egg Roll (RM12.90, filled with cheese at the center) and Korean style Seafood Pancake @ RM25.90 which pairs well with the dak galbi due to its mild flavor. I wish there were more prawns in the pancake though, just like what was shown on the menu. 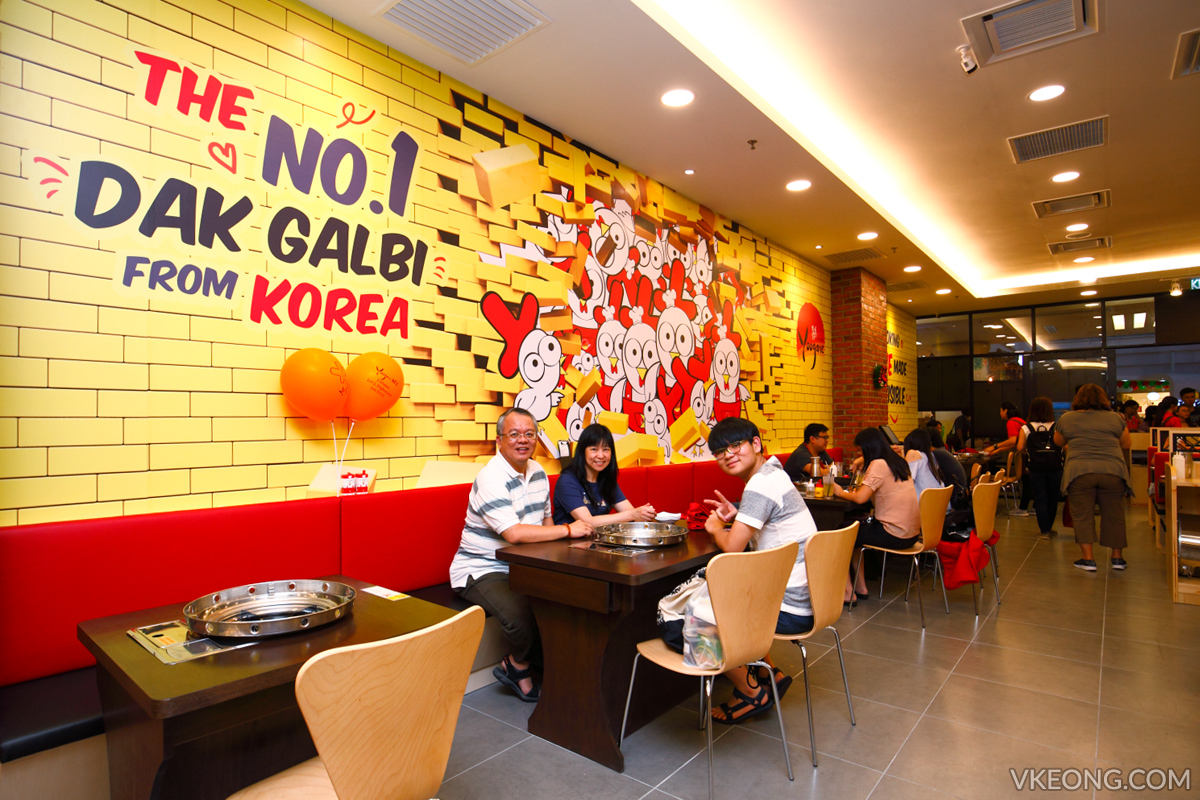 All in all, we had a blast at Yoogane and there was never a dull moment throughout the meal because of the table side cooking. The pricing is reasonable considering the high quality of the ingredients and service provided. We would gladly return again since Yoogane is one of the more unique restaurants in 1 Utama. 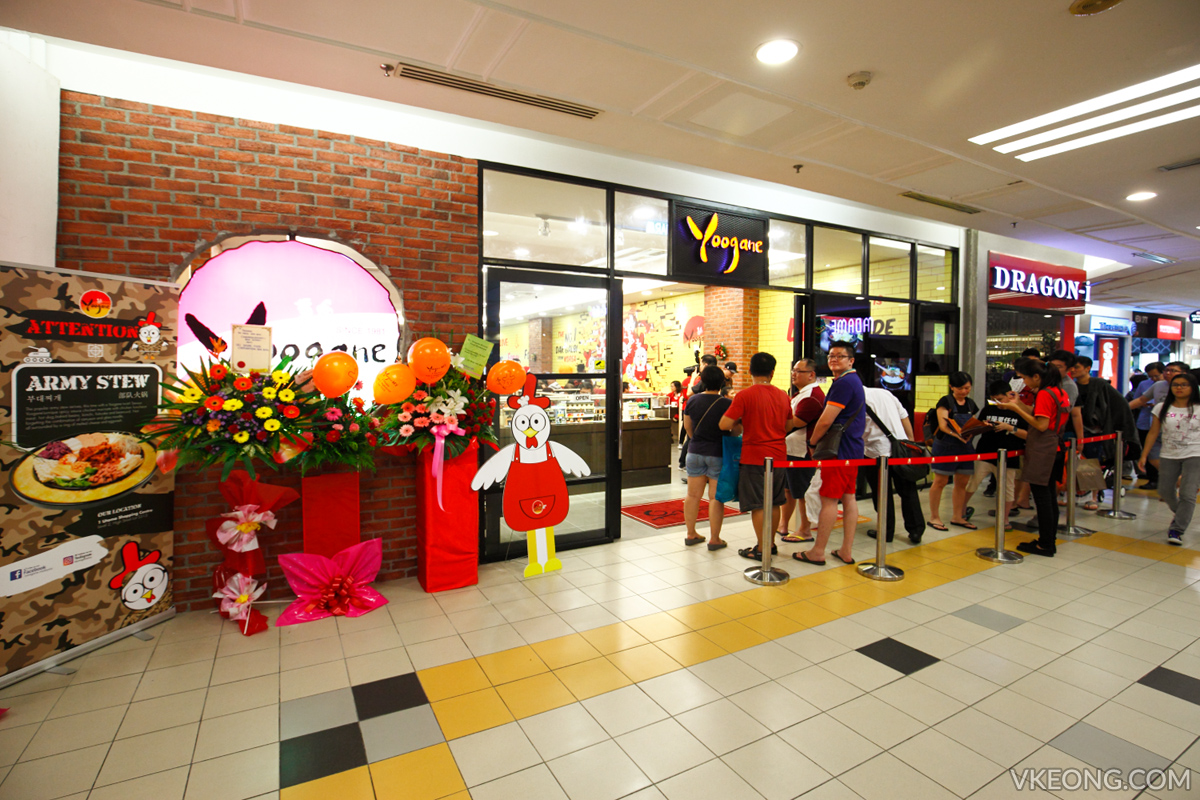