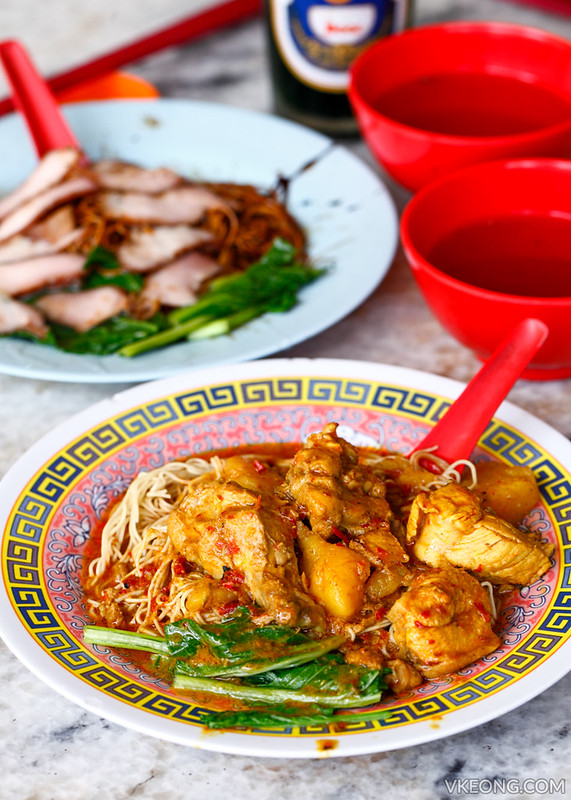 Toong Kwoon Chye started selling noodles in KL since the 1930s, and now it’s run by the 4th generation of the family. The business started out as a push cart noodle stall that they moved around KL for 25 years. After that, they decided to move into a permanent location which is the coffee shop you see today.

The 3rd and 4th generation work hand in hand to prepare the wantan mee, one cooks while the other garnishes it. The noodle here used to be bamboo-pressed, but like many other modern businesses, it’s now factory produced for cost and efficiency reasons. 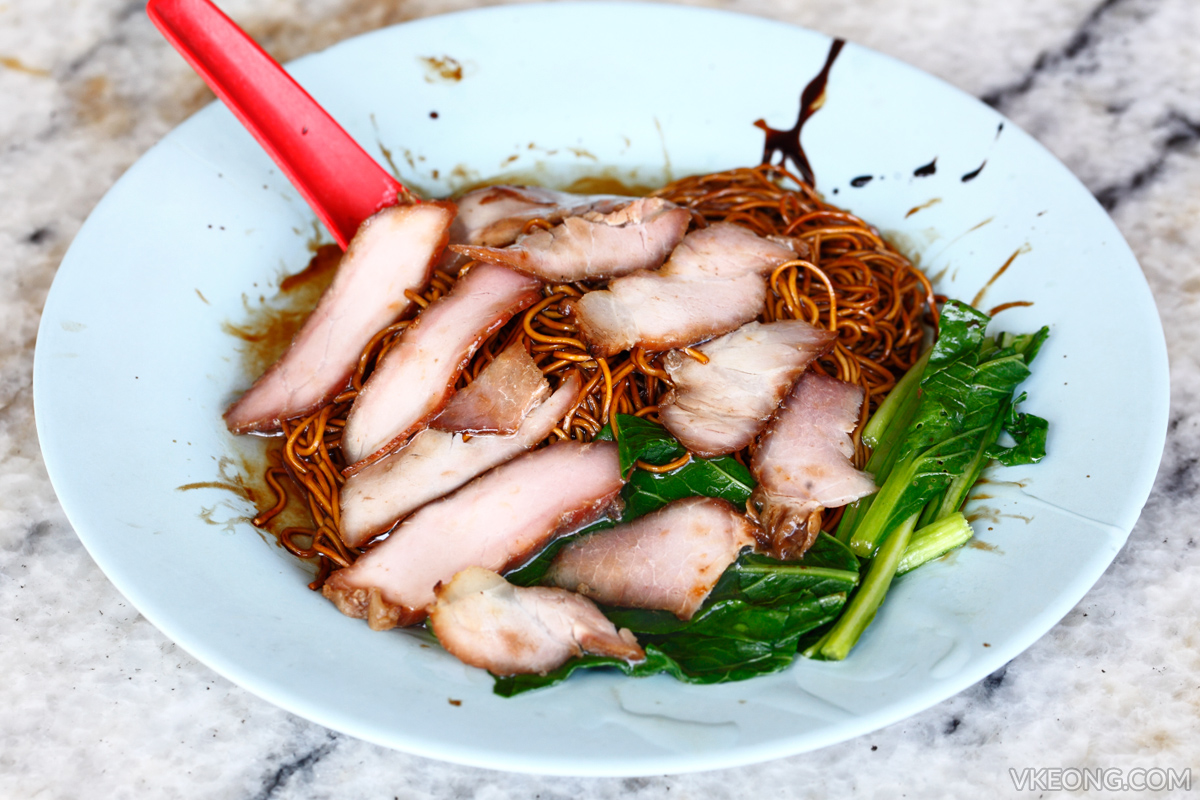 Expect a slightly higher price (by a Ringgit or two) here, as the Char Siew Wantan Mee is RM7 while the chicken curry version is RM8. As you can see, the char siew is roasted the old school way using lean meat with little caramelization.
Taste wise I thought it was just alright mainly because we are spoilt with choices nowadays. Soup is kind of bland too. That being said, the noodle’s texture is different from the rest. It’s thinner and firmer with a nice bite, probably the unique selling point here. 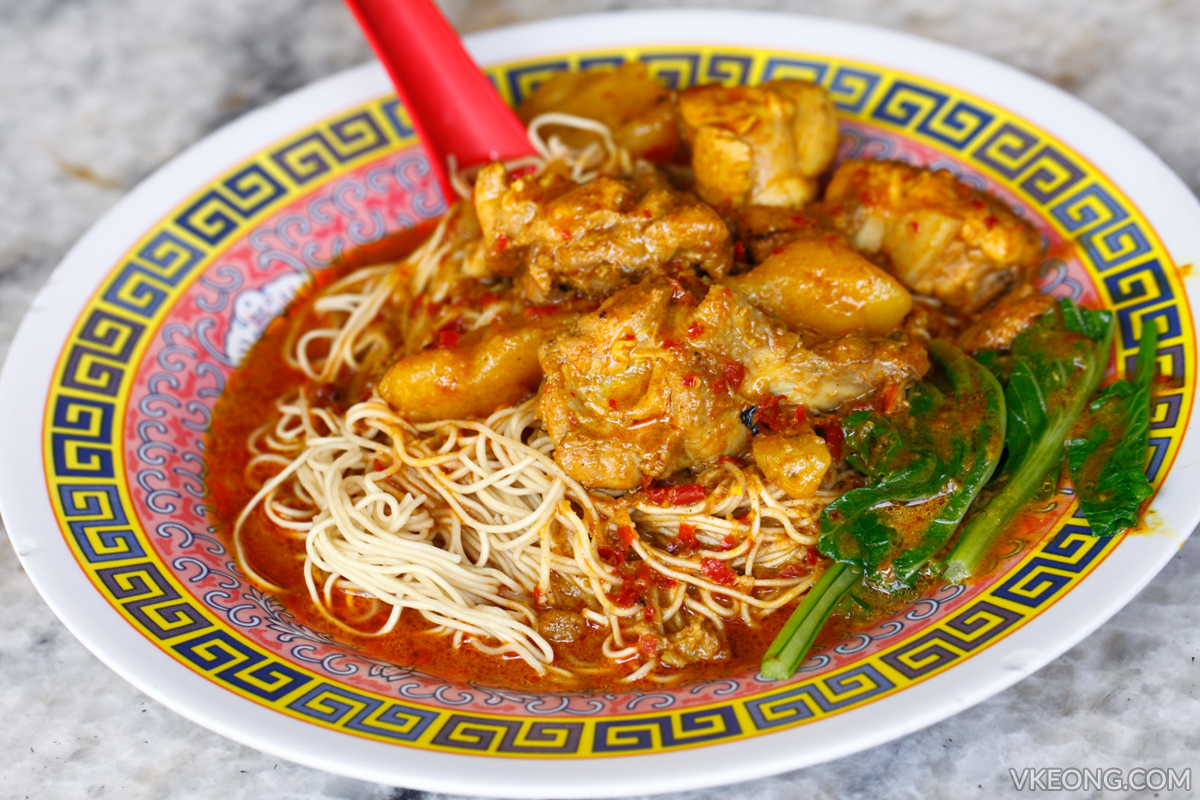 The Chicken Curry Wantan Mee is better option, albeit not by a lot. It’s served without any soy sauce so you will only taste the spicy curry gravy. 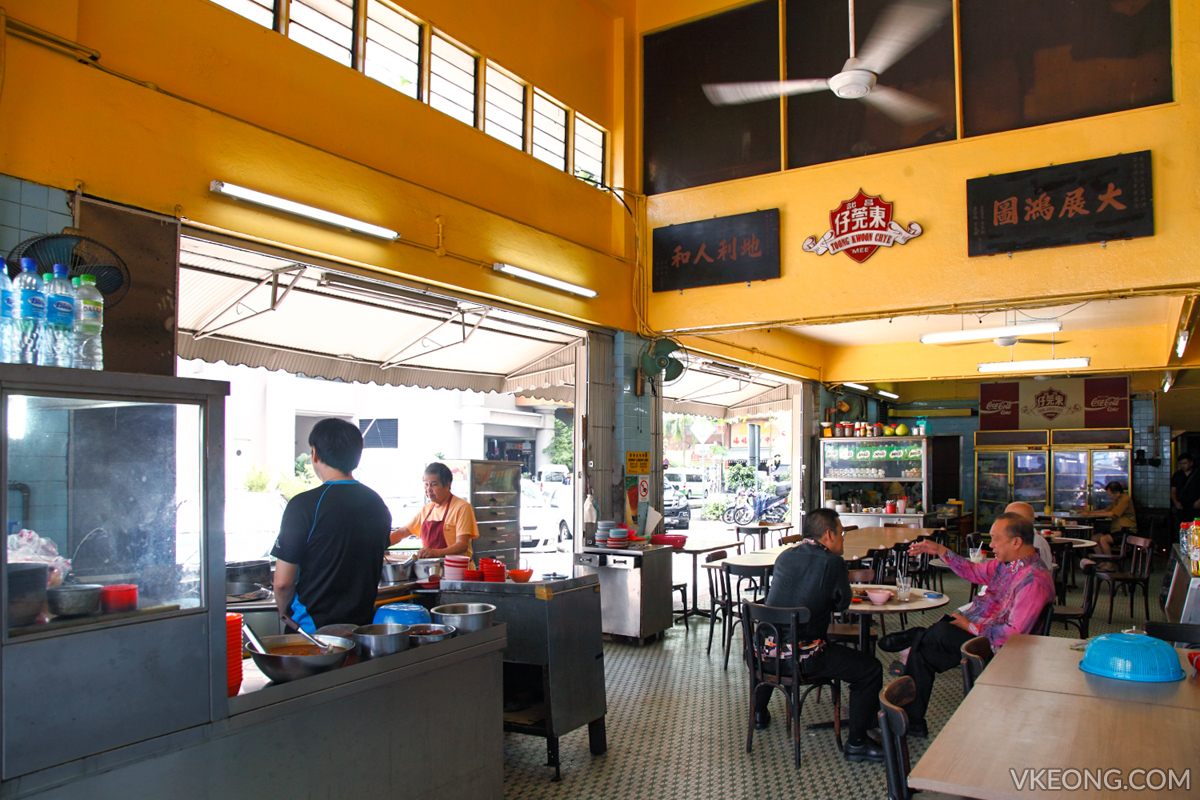 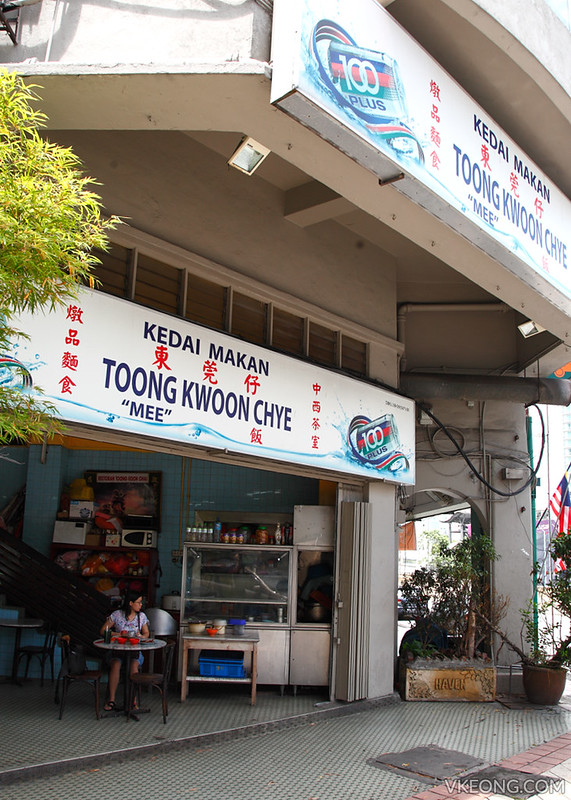 Overall, I wouldn’t recommend nor would I return to eat here again. The main reason I dropped by was to check out one of the oldest standing wantan mee restaurant in KL.
Sad to say, just like Koon Kee, both have seen their best days long ago. Still, worth a try if you are longing for a taste of heritage, or what the Chinese would call 古早味.