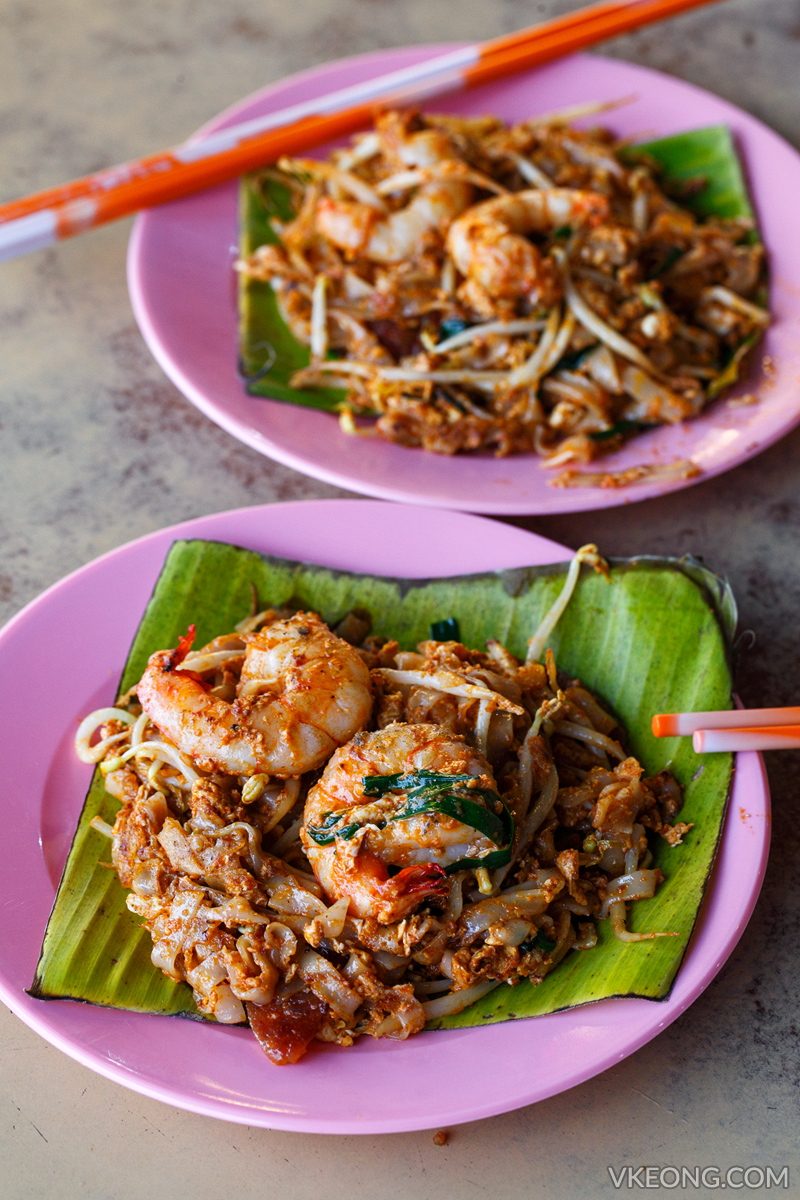 It has been 4 years since I tried Penang Auntie (Big Prawn) Char Koay Teow, I remembered it as one of the rarer Penang island-style char koay teow available in BM. They used to be stationed at Restoran Lok Chee Keong, but now they are operating from Fresh Food Court across the road.
I have no idea when Fresh Food Court was built though, seems to me it just popped up out of nowhere. Maybe I am just out of touch with my home town for too long.

Their stall’s name is really befitting. After I shared the noodle’s photo on Facebook many friends (mostly from KL) said it looks ridiculous because of the size of the prawns. They commented that the char koay teow appeared more like fried prawn with koay teow instead.
Anyway, the char koay teow is available in three versions: medium prawn @ RM6, large prawn @ RM6.50 and extra big prawn @ RM7.50. You have also opt for chicken or duck egg. 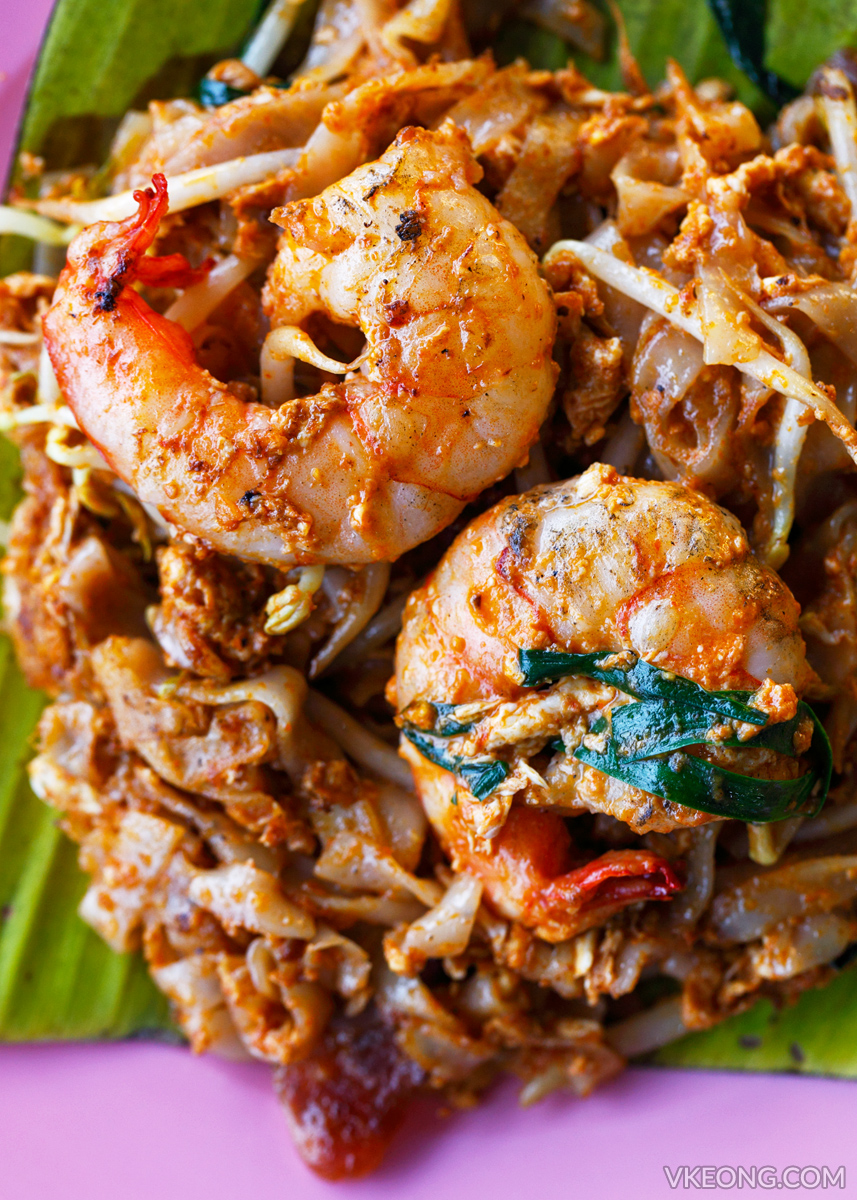 As usual, I ordered the most elaborate option available and this is how the char koay teow with extra big prawns looks like. Compared to the normal ones you get, the prawns can be considered humongous.
Taste wise they did not disappoint too. They were superbly fresh and sweet, fried just right with a succulent and tender texture. The crunchy mouth feel was simply gratifying. 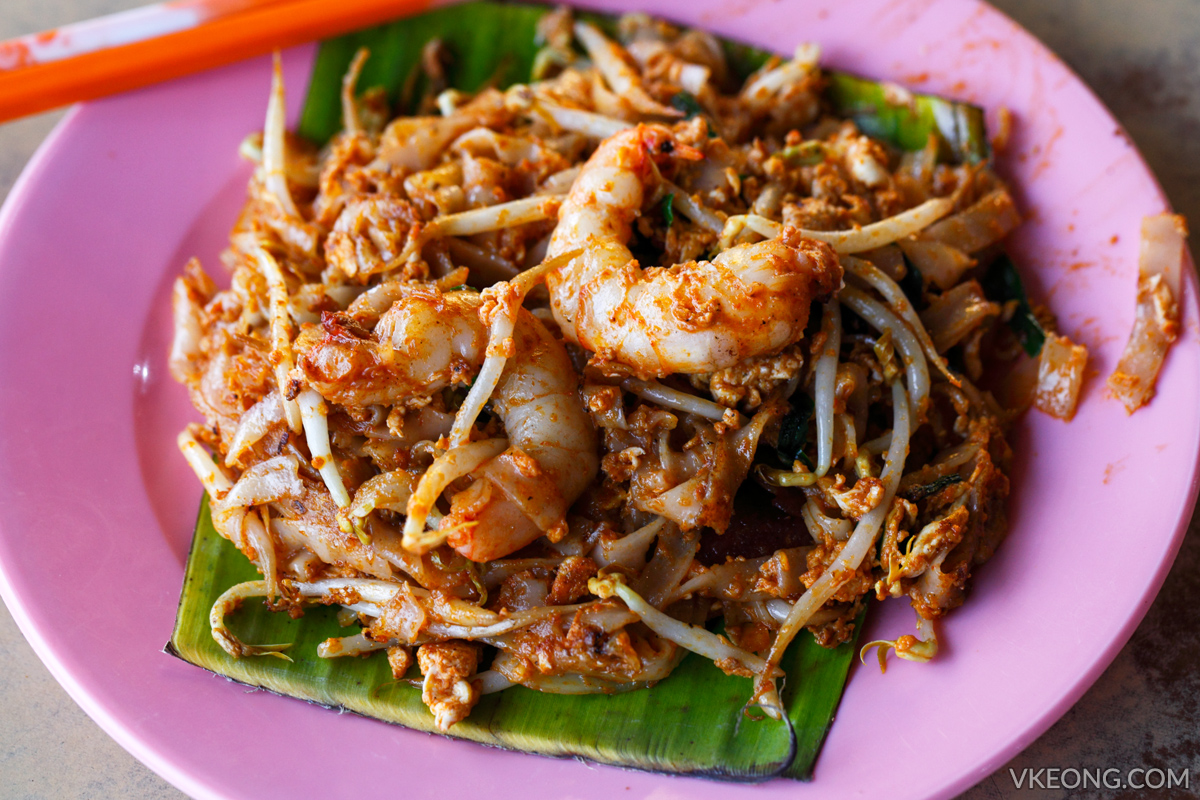 Here’s the medium prawn version which SL had, you can really see the difference. For the koay teow, I’d say the flavor remained pretty much the same since my last visit. The noodle is still missing cockles but I did notice a stronger ‘wok hei’ this time around. So I would still rate this a solid 7/10 – and that’s actually very good for a small town like BM. 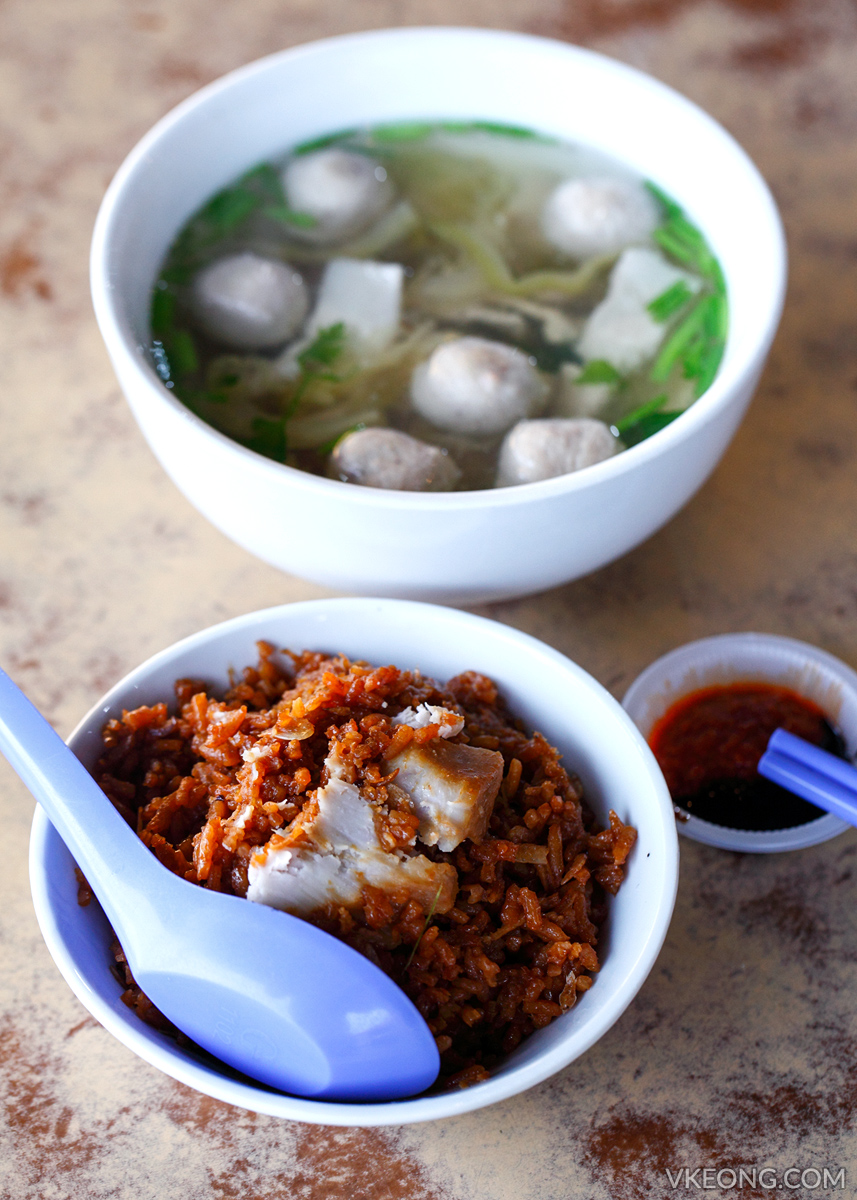 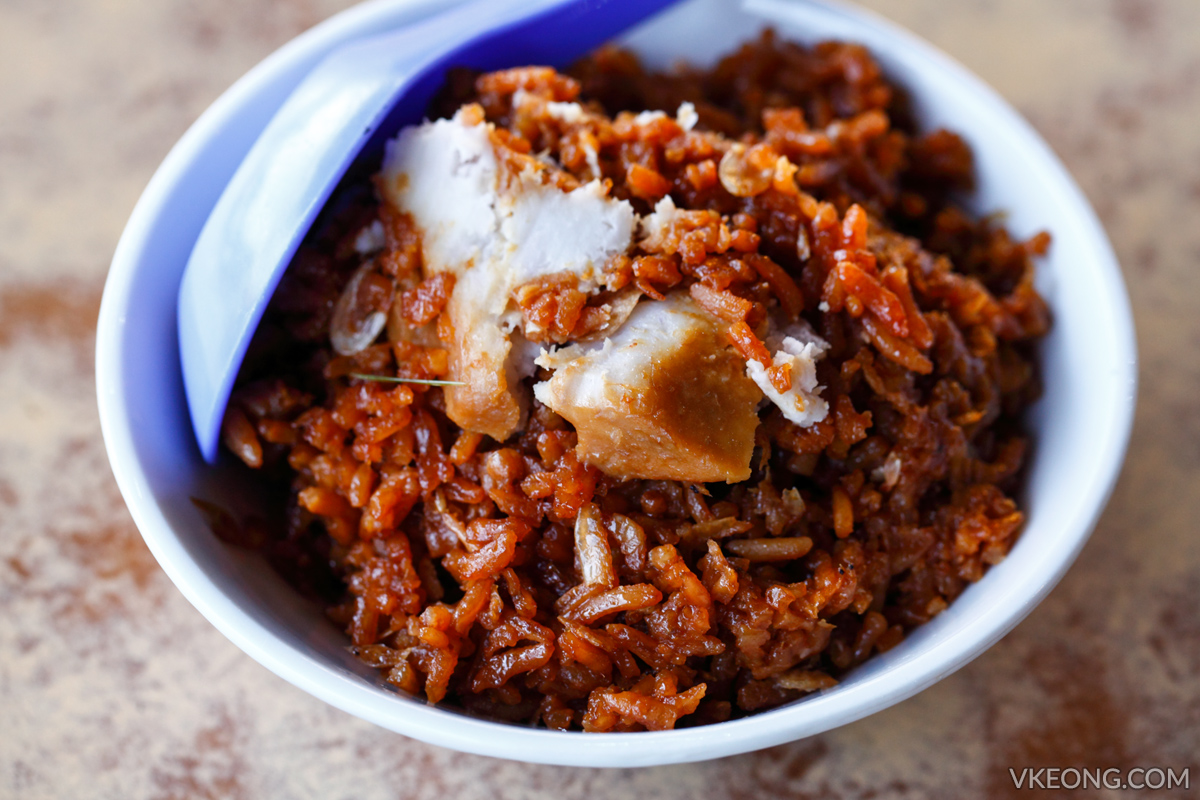 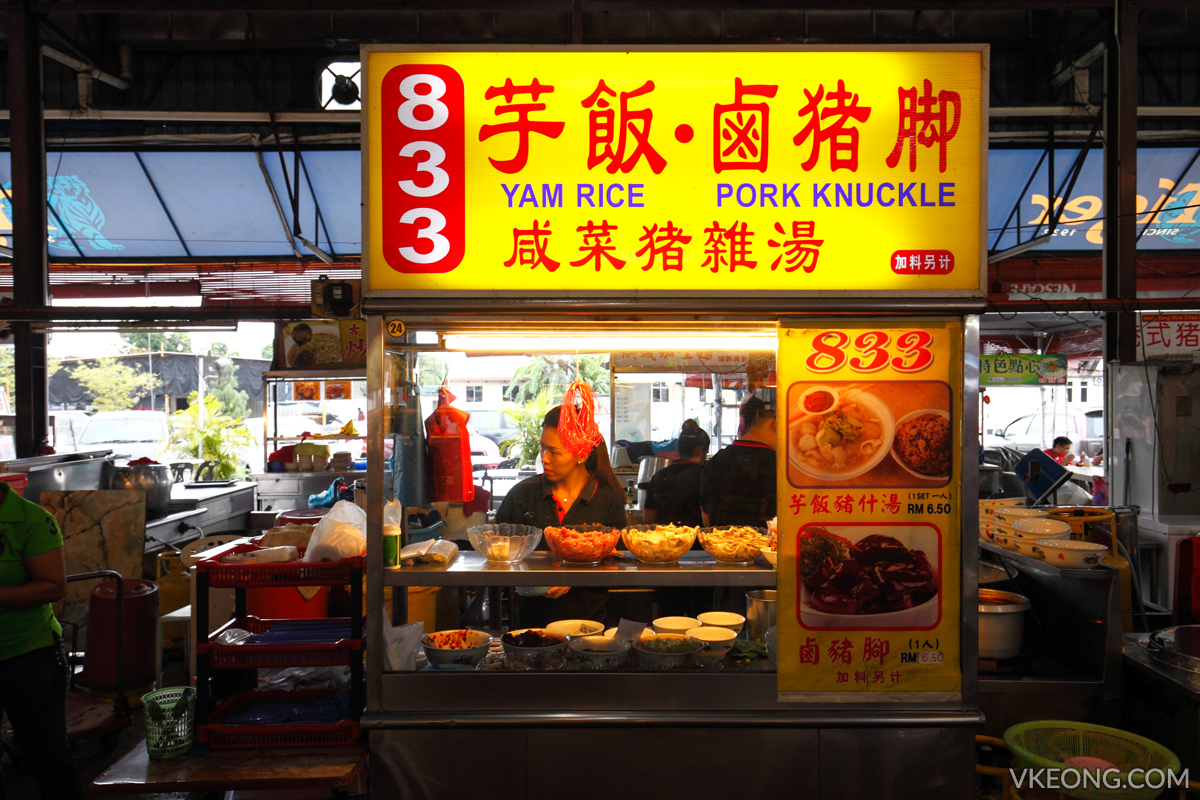 Since there was a huge backlog of orders at the CKT stall, we had 833’s yam rice while waiting. Although it was just alright (for BM standards) it’s still miles better than what you can get in KL. The rice could have been a bit more fragrant but the rest including the sauces were spot on. 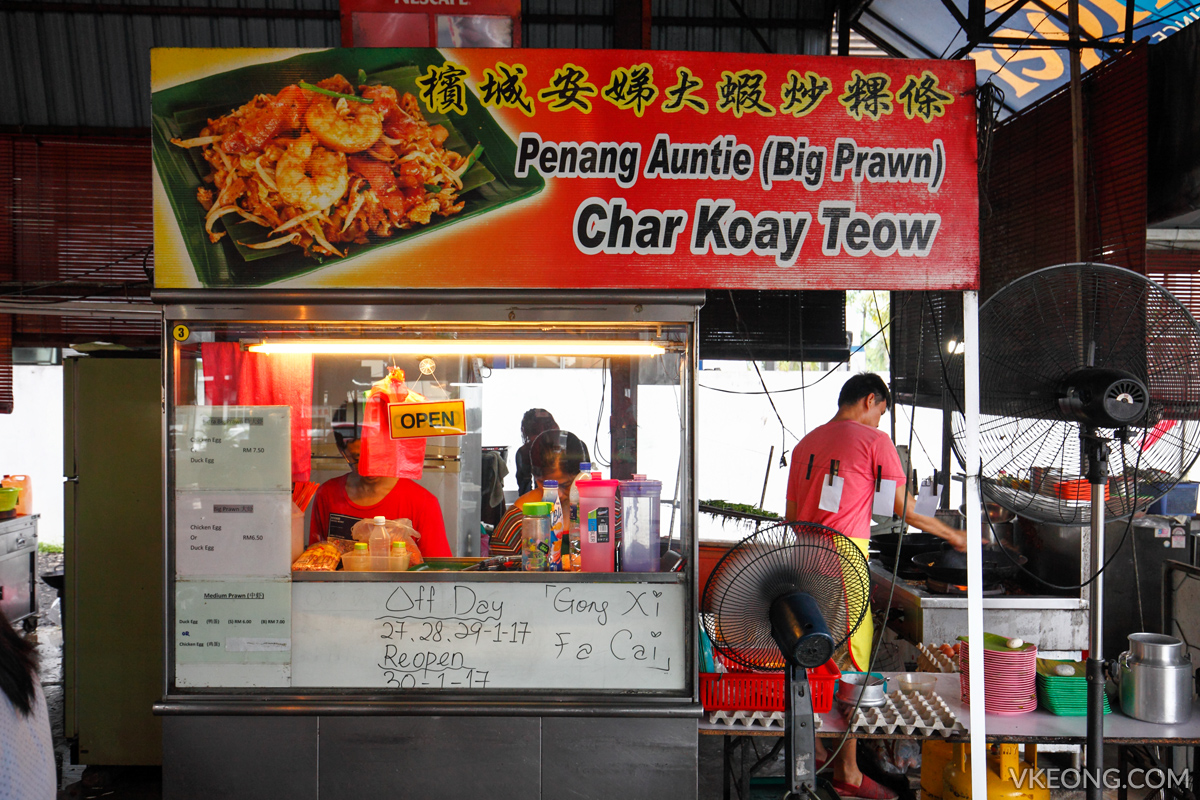 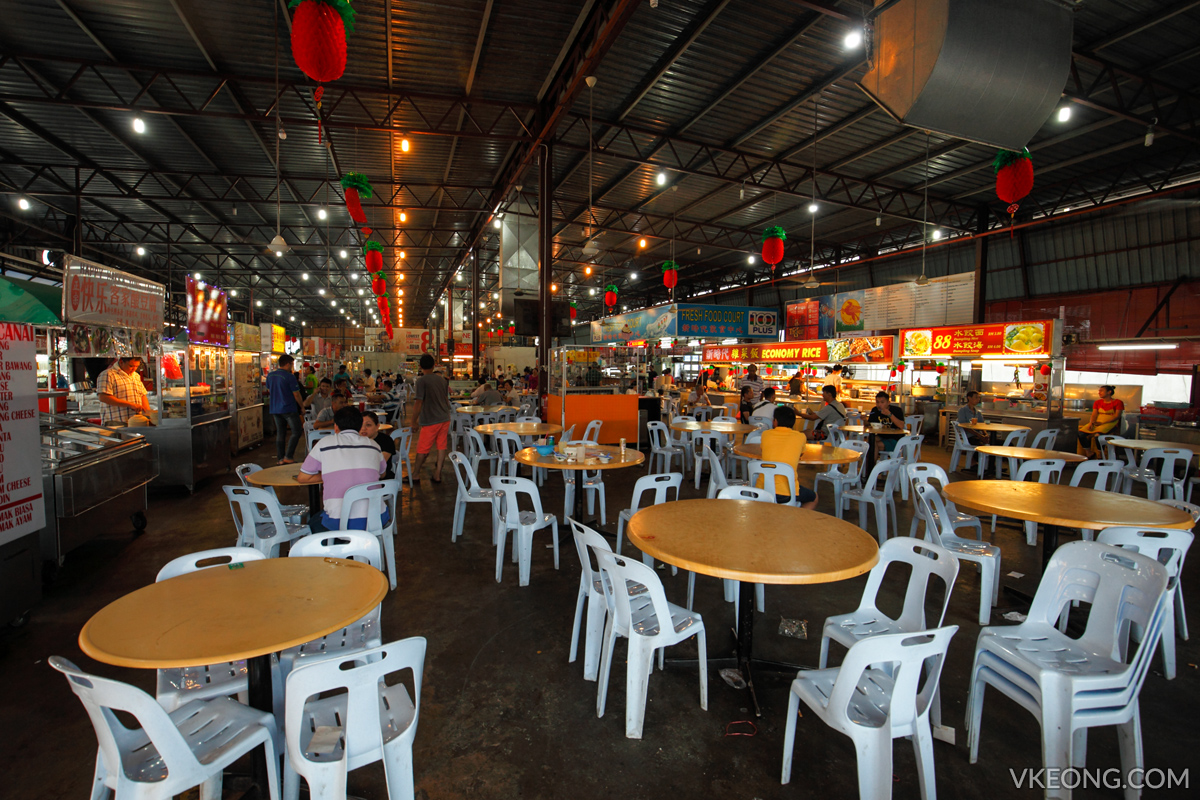 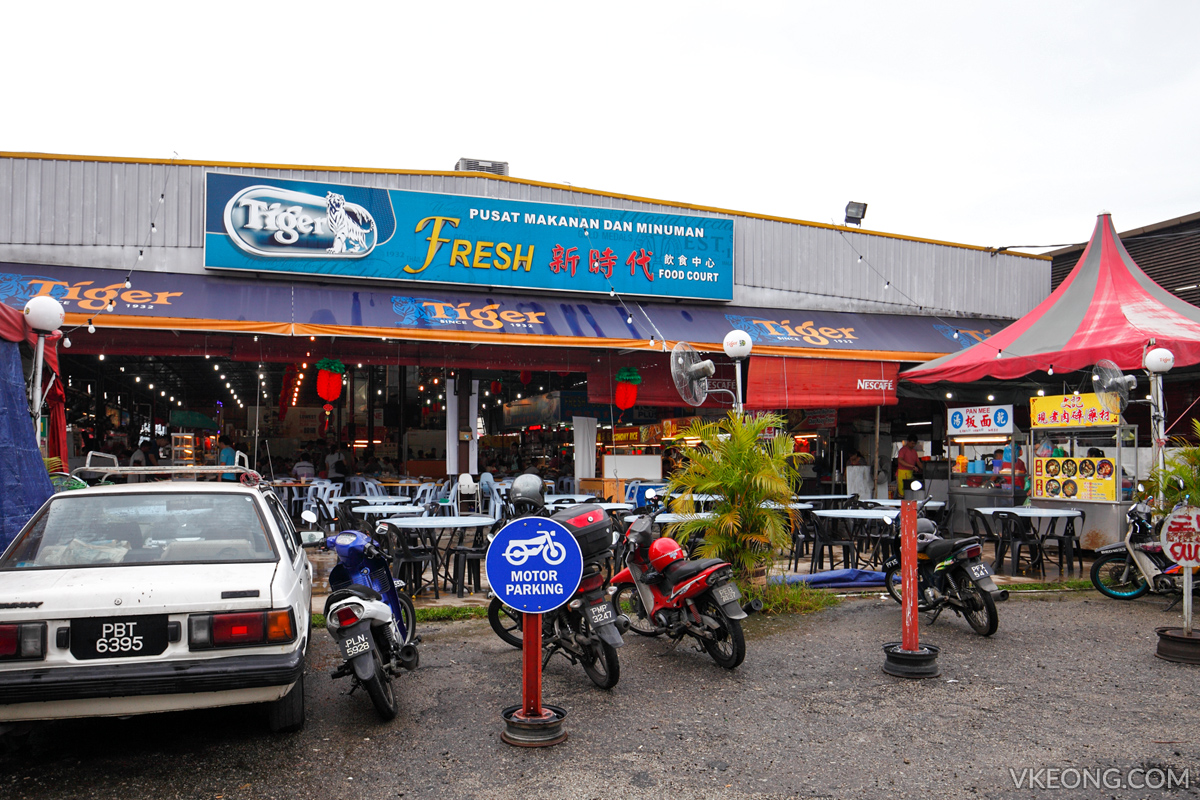