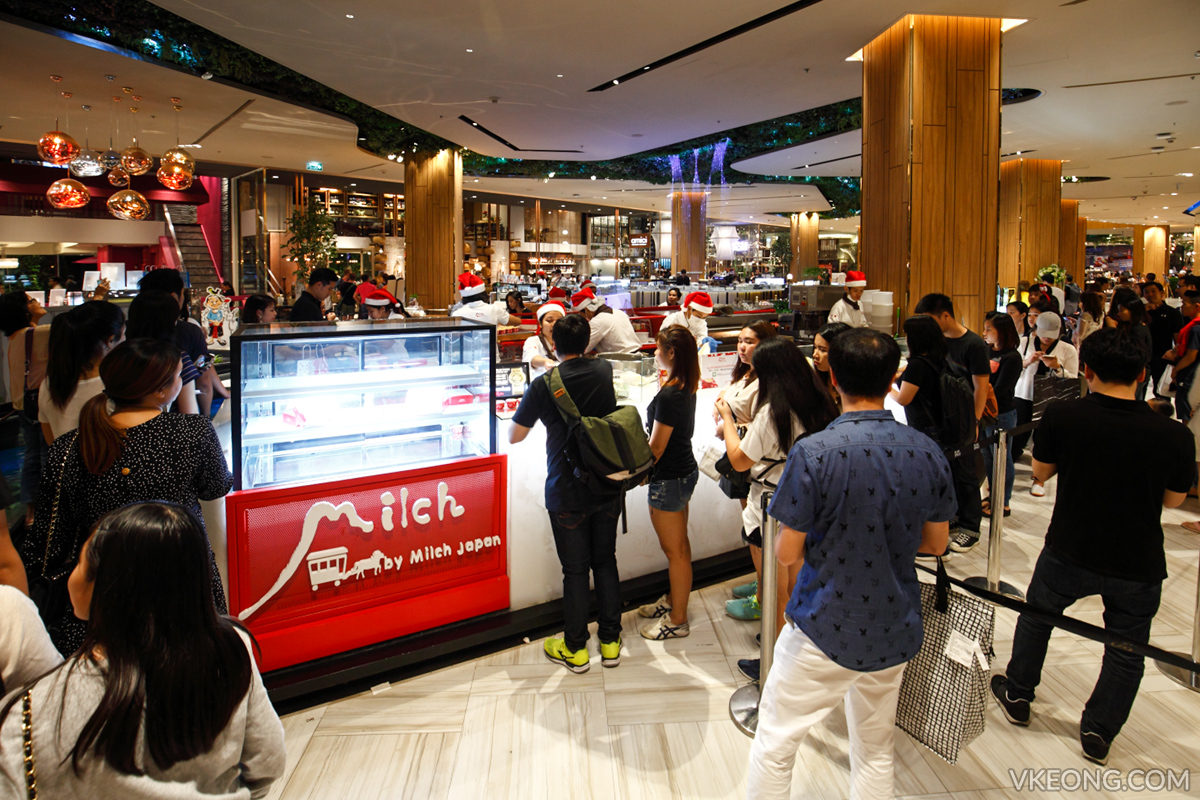 While we were window shopping in Siam Paragon, we noticed a food kiosk with an exceptionally long queue. Apparently they were queuing for Milch‘s specialty cheese cups.

The cheese cups originate from the city of Yufu in Japan and it’s an extremely popular treat for its fluffy cake-like texture with a molten cheese center. If you love cheese tarts you will (most probably) love this as well. 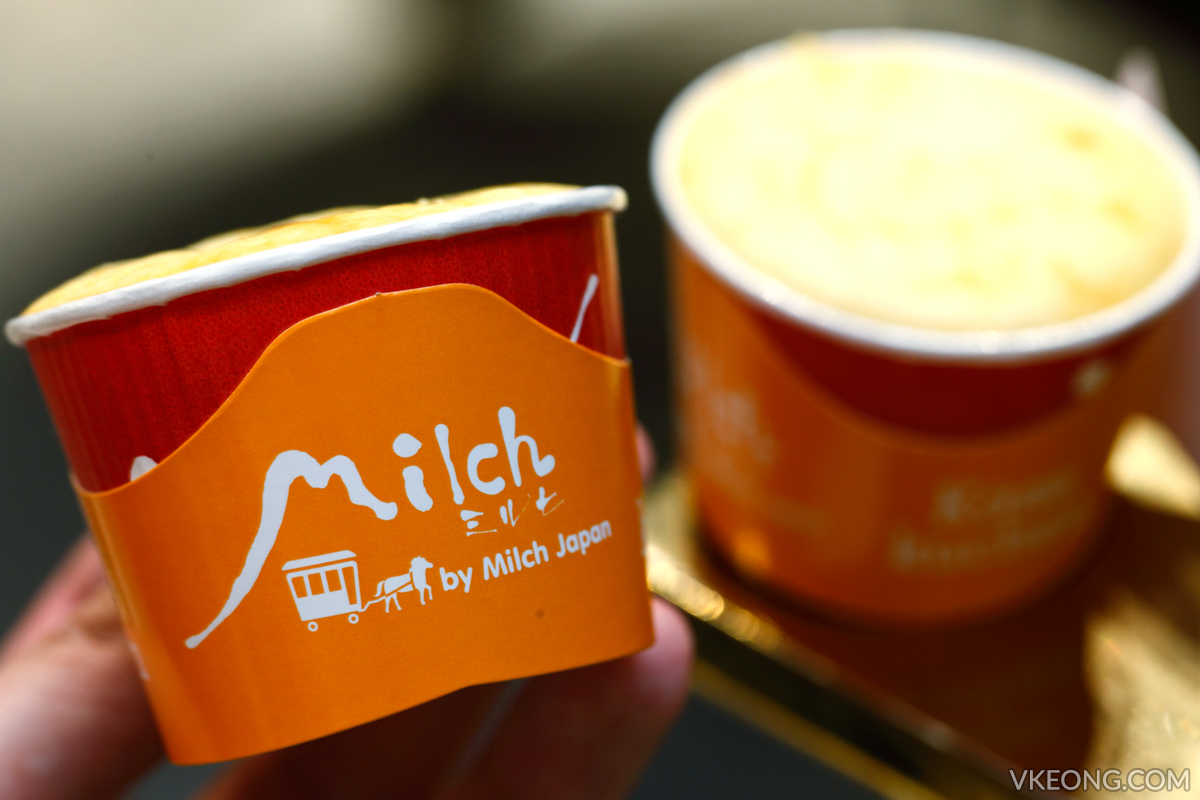 The queue might seem daunting but it should not be a deterrent, it’s the price. Milch’s cheese cup is priced at 75 baht each which comes to around RM9.40. Definitely not cheap considering Pablo’s cheese tarts are selling for RM8.90 in Malaysia. 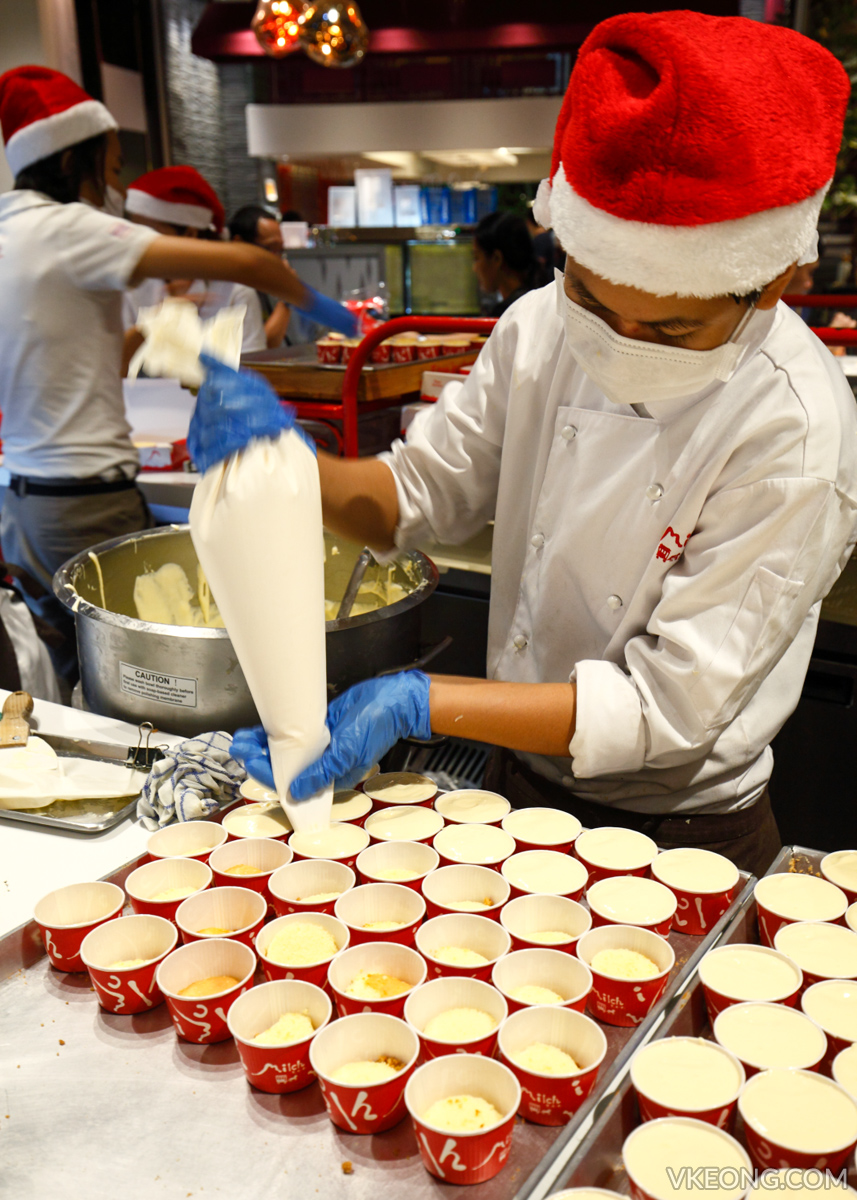 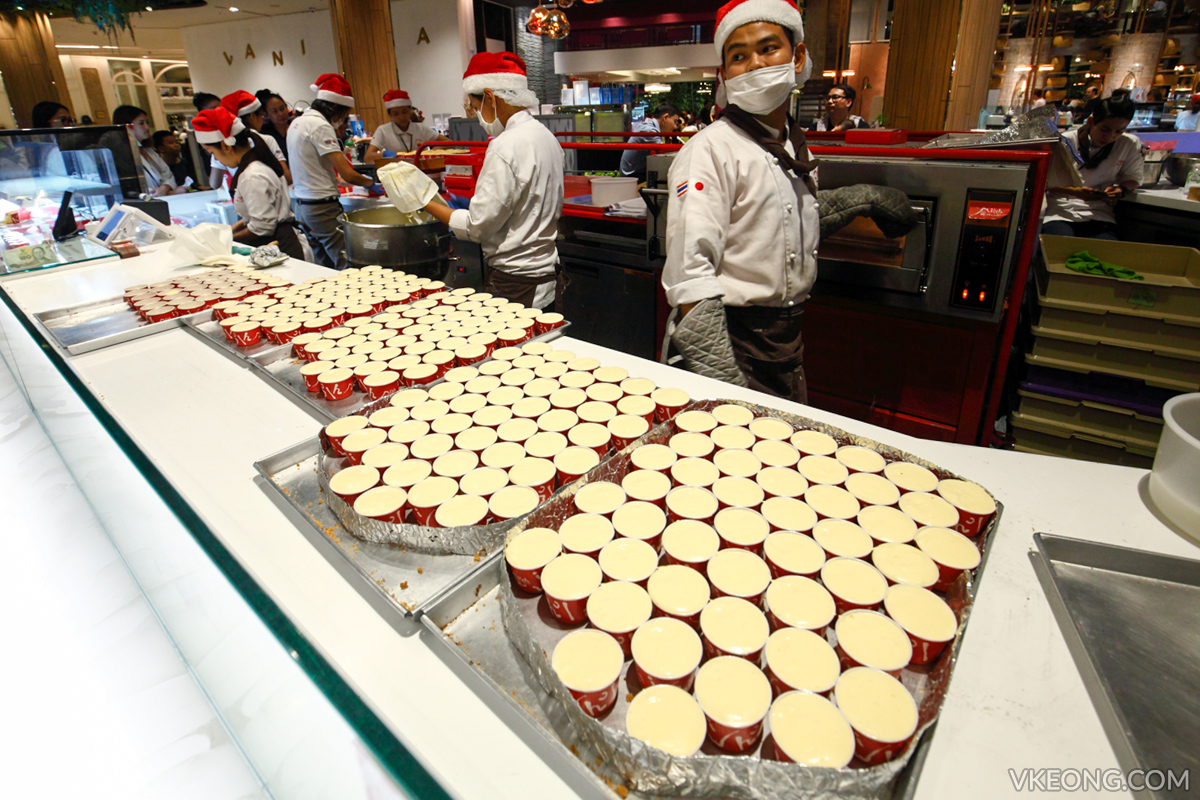 Like many other cheese related products in town, Milch’s cheese cups are freshly made in full view of customers. There’s nothing much to see though, as the preparation is as simple as piping the cheese mixture into cups, then into the oven they go. 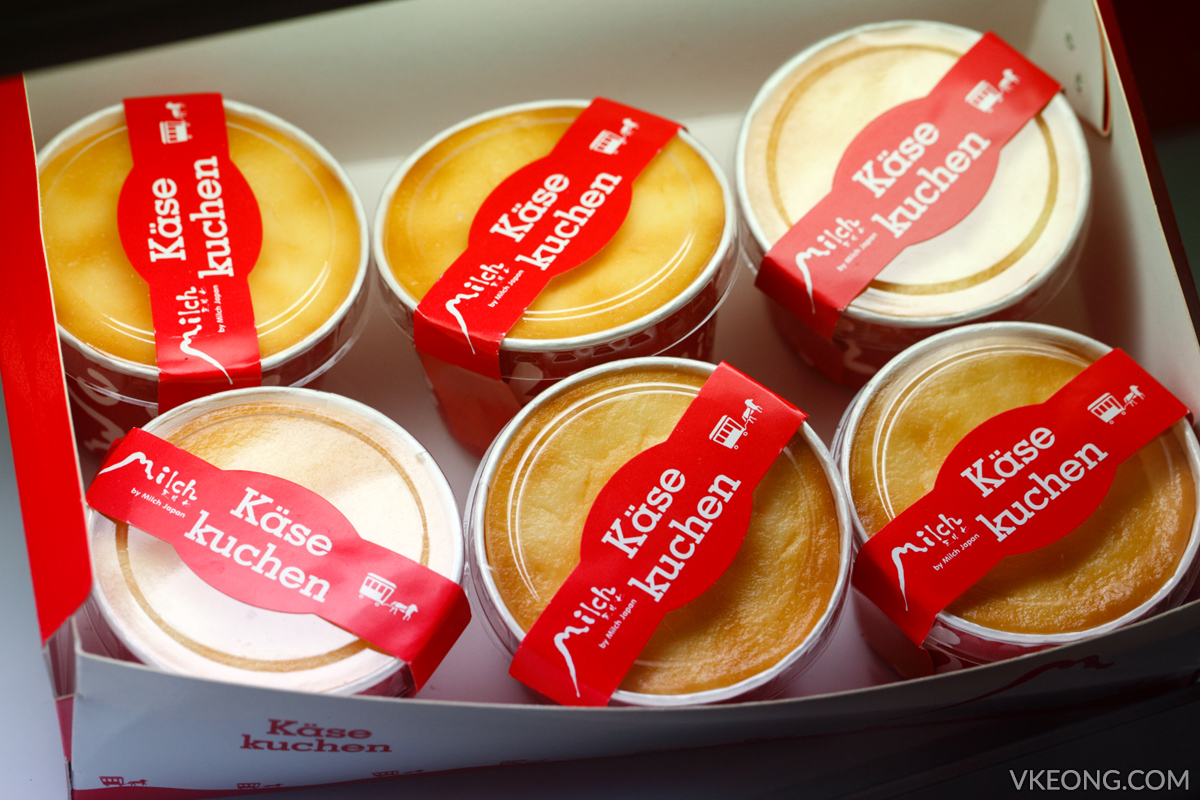 Half a dozen that comes in a box is slightly cheaper at 414 baht. 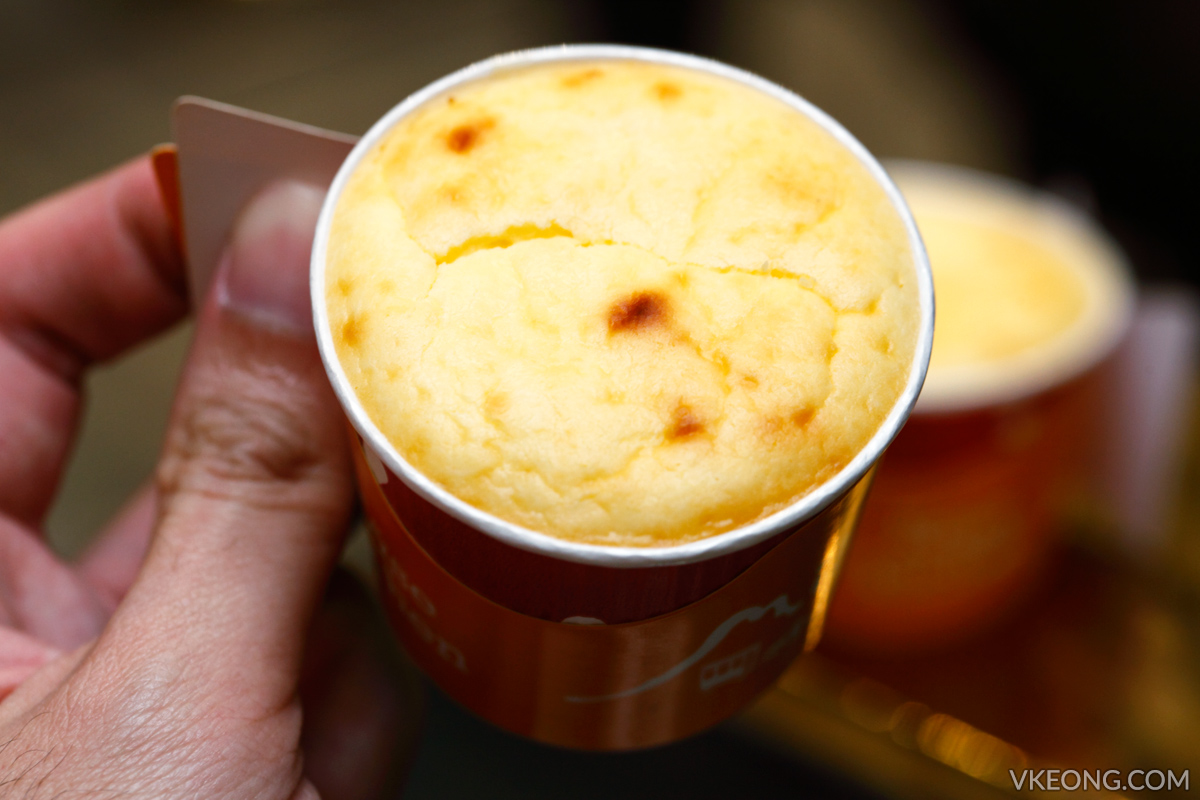 The paper cup has a flap that lets you hold the cheese cup comfortably without burning your hand. A plastic spoon is also given for you to dig into the cake. It can also be stored in the fridge to be enjoyed chilled later for a different taste sensation.
Overall, Milch’s cheese cup is nice but it’s not something that will wow you either. Although we did not regret buying it, I think we wouldn’t bother getting it again because we just wanted to fulfill our curiosity.