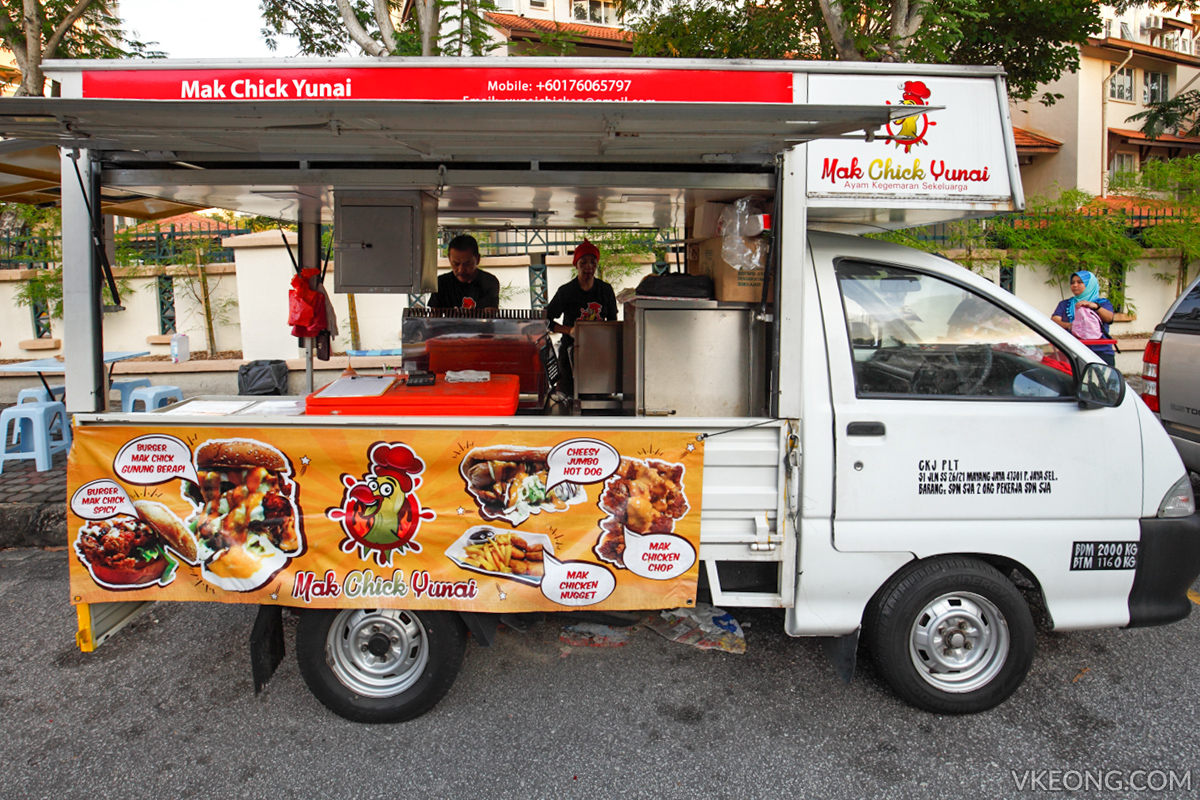 TTDI is a hot spot for food trucks in KL. All of them start serving from evening onward and that’s also the best time to drop by. Mak Chick Yunai is the 3rd food truck we have tried in the neighborhood after Cowboys and La Famiglia. I am glad to say that none of them disappointed.

Before Mak Chick Yunai started, Mak Chick (the owner) used to operate a burger stand somewhere in Damansara Uptown. Due to some issues with the local authority, she decided to venture into food truck business instead with a new and improved menu.
Just like the name suggests, they specialize in real local street food paired with fried chicken. Think fried chicken burger, nasi lemak with ayam goreng berempah and fried chicken chop with black pepper and cheese sauce. The menu also consists of a couple of other beef options and snacks.

The Burger Mak Chick Gunung Berapi @ RM15 is what most people come for. It’s stacked with double fried chicken patties, double the cheese and drizzled with mayonnaise, cheese, chili and black pepper sauce. 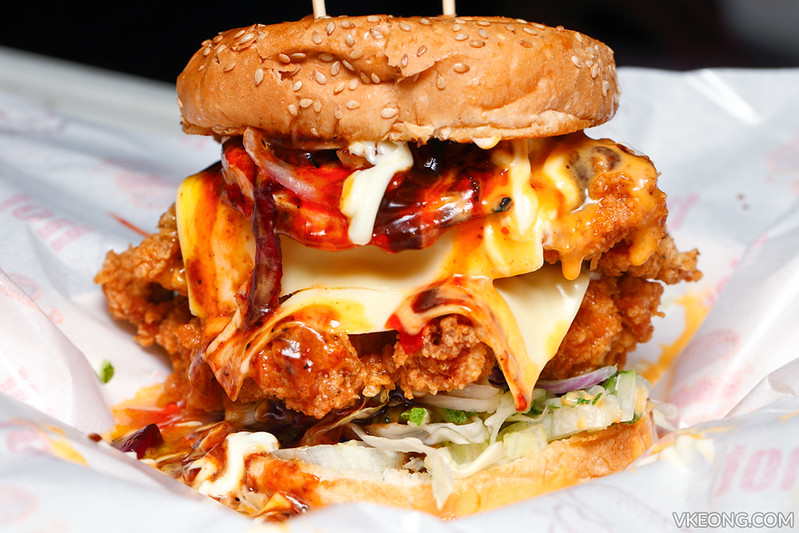 As far as fried chicken burger goes, this is definitely the bomb. Although it feels like a sauce overload, the fried chicken patty remains crunchy (for most of the part) throughout because it’s blanketed by a layer of cheese that prevents the sauces from seeping in too quickly. If the size is too big you can still pick from 10 different kinds of burger they have ranging from RM7 to RM12. 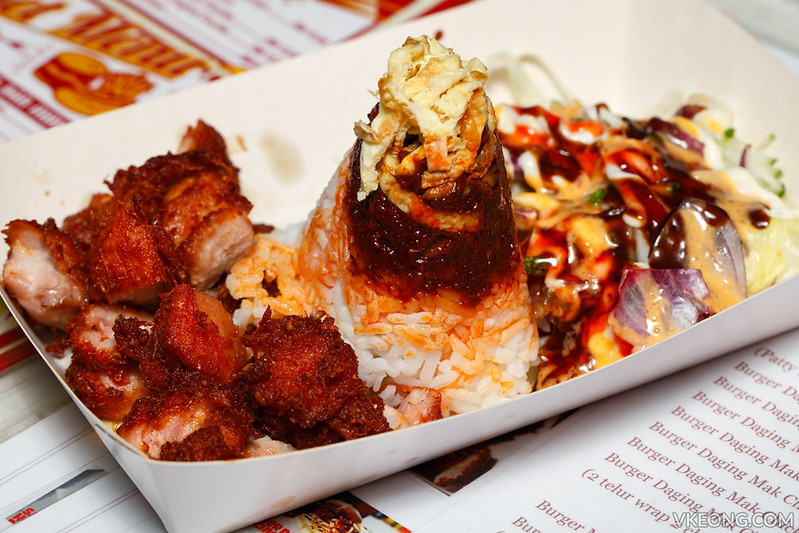 Mak Chick kept telling us her homemade nasi lemak is good and she sold us on it. We tried the Nasi Le Mak Chicken Berempah @ RM6 and the flavor of combo was just great. We liked everything about it, the rich and spicy sambal, fluffy rice and juicy ayam berempah. Best of all, the chicken is served boneless which makes eating a whole lot easier and more enjoyable too. 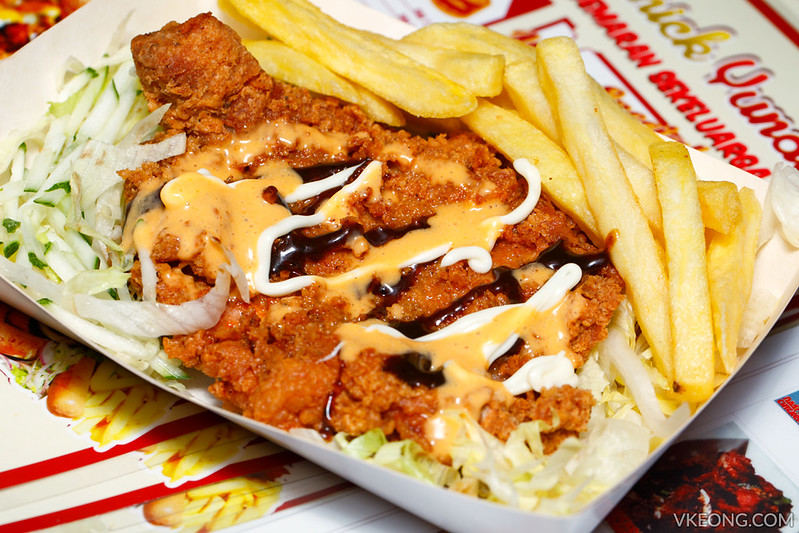 For RM7, I’d say the Mak Chicken Chop is value for money considering the same thing costs more at the Western food stalls. Worth ordering if you feel like having a satisfying meaty meal. Taste wise it’s similar to the fried chicken burger’s patty since they share the same seasoning. 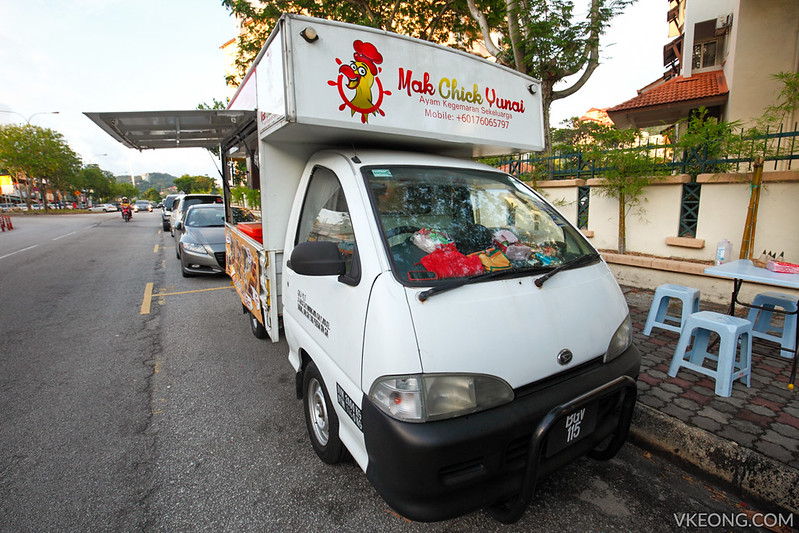