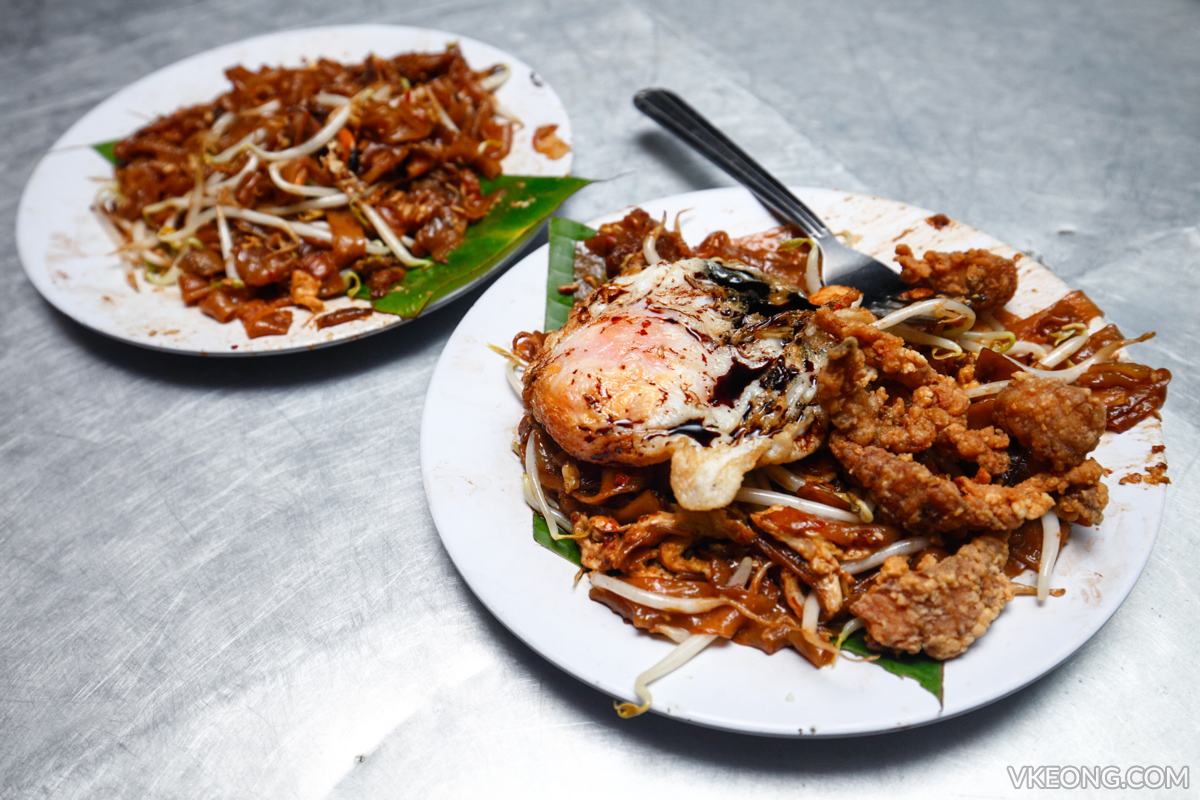 Bukit Mertajam used to have three duck egg char koay teow stalls and it had been like that for a long time.
The stall in front of the old train station used to my favorite and it was manned by Ah Heng. Ah Heng then moved to Taman Quarry and the youngest brother took over his spot. 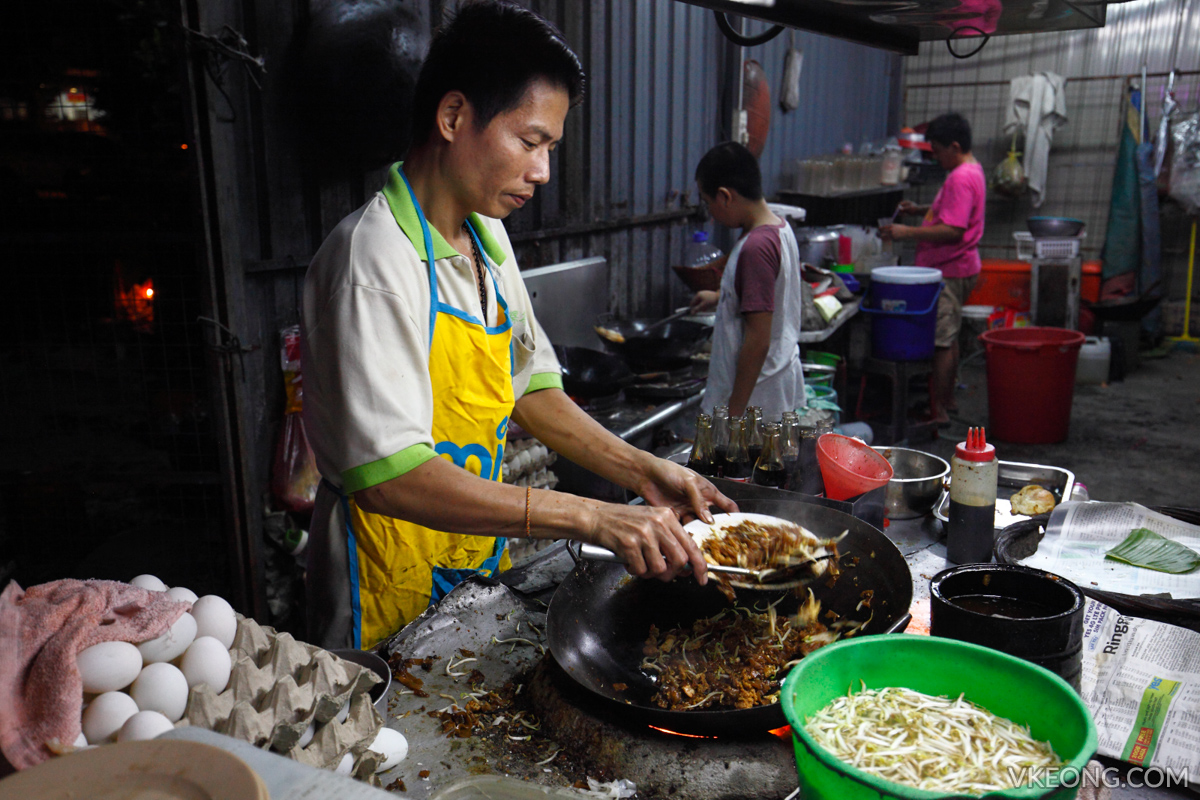 Unfortunately, the youngest brother (pictured above) got into an accident a years ago and had to recuperate for some time.
After he regained his strength, he reopened his stall outside Fresh Food Court – which can be considered a totally different side of the town. 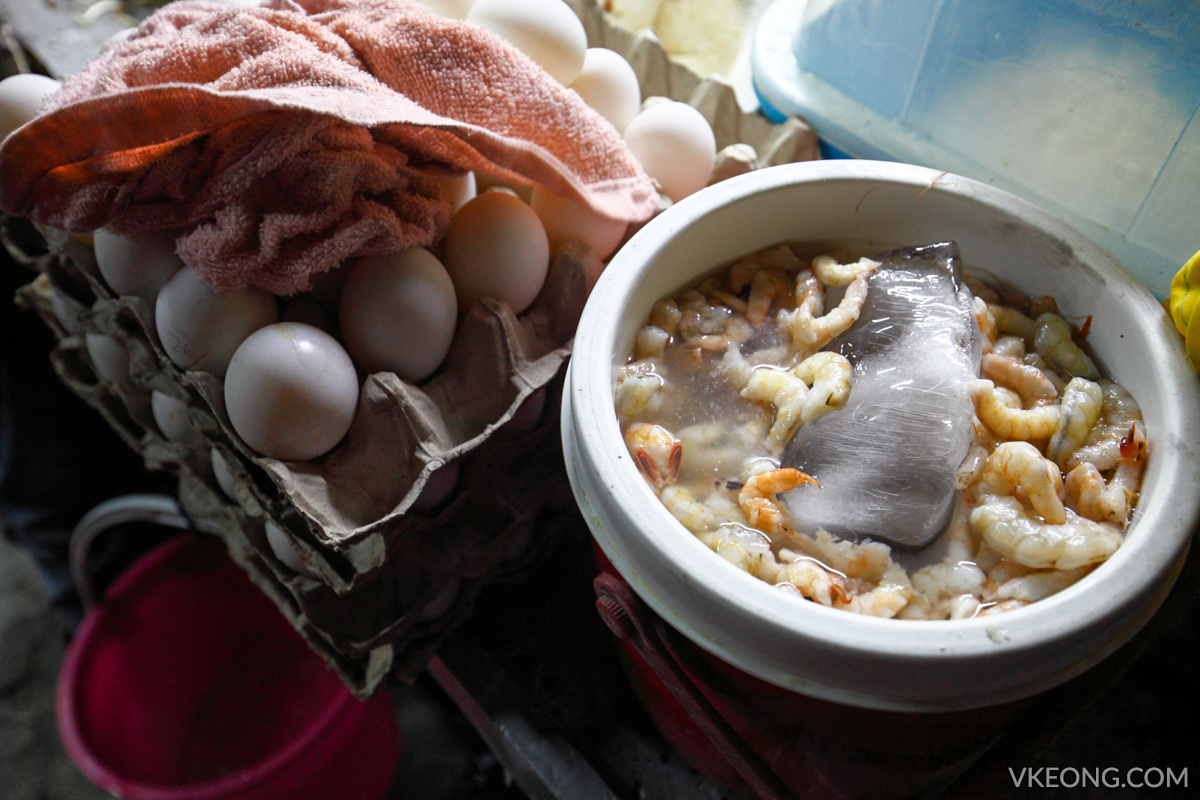 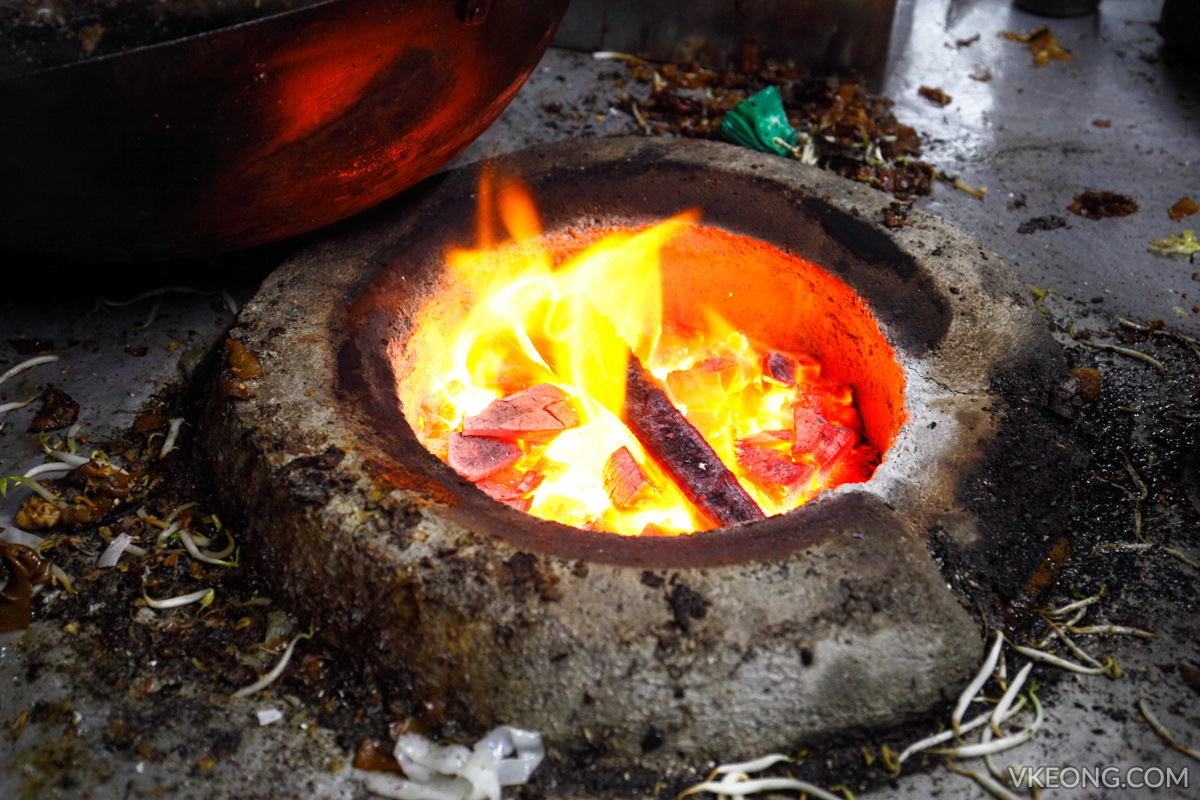 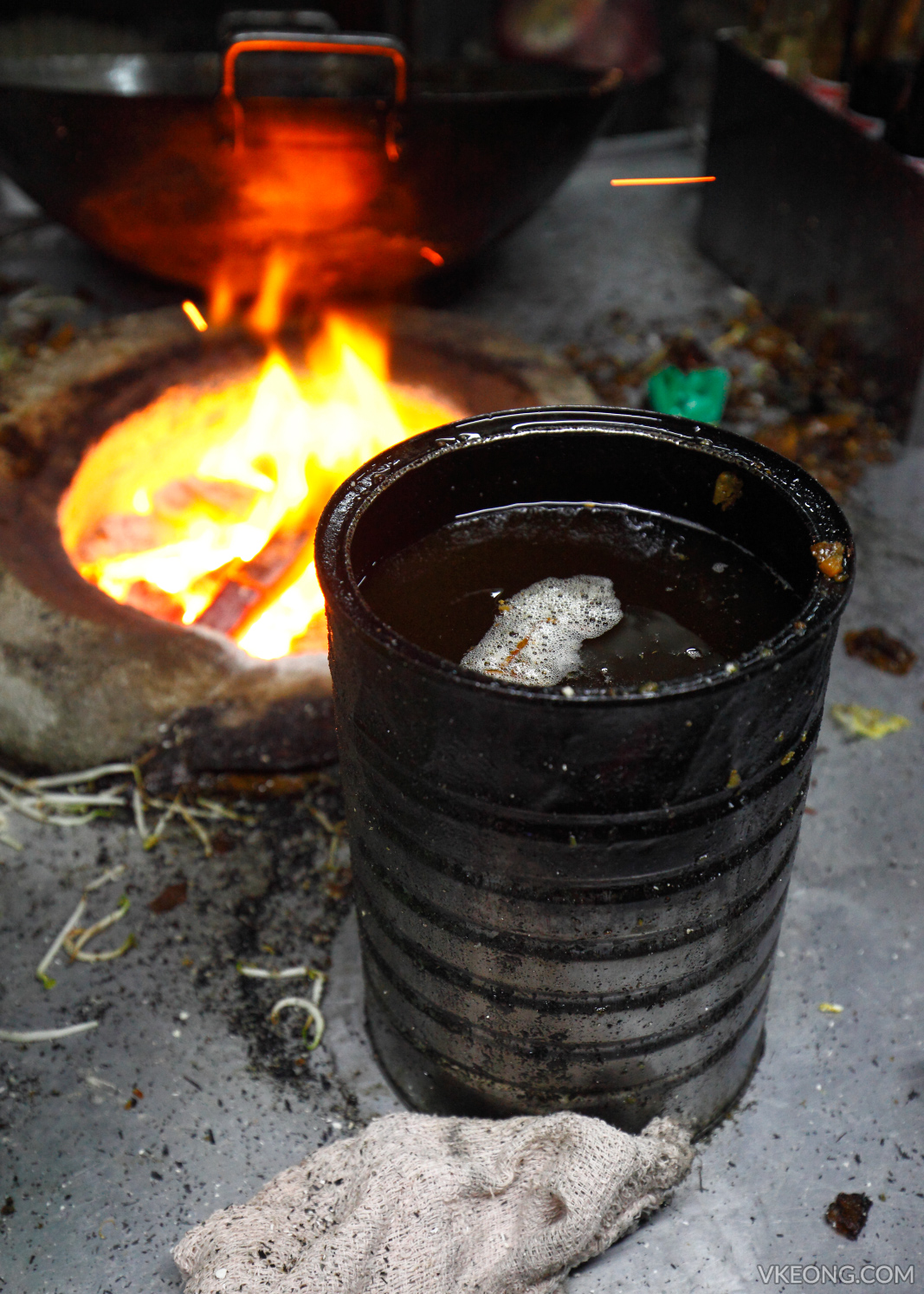 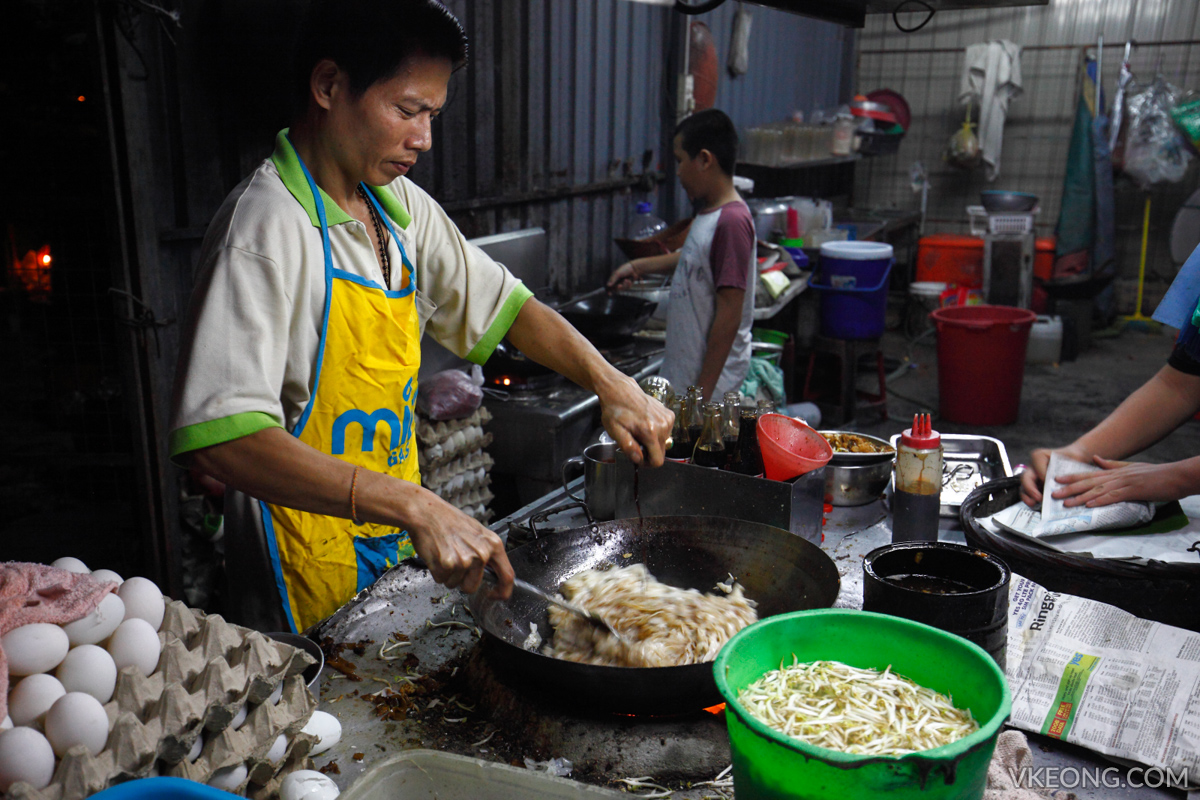 It’s not a competition among the brothers, as they all learnt how to fry the noodles from their father who, in return, got the recipe from a Chinese restaurant owner. They use the same ingredients, sauces and cooking method, so skill is the only discerning factor in the overall taste.
Duck egg, charcoal stove, special dark soy sauce and pork lard oil all contribute to the unique flavor and aroma of their char koay teow. 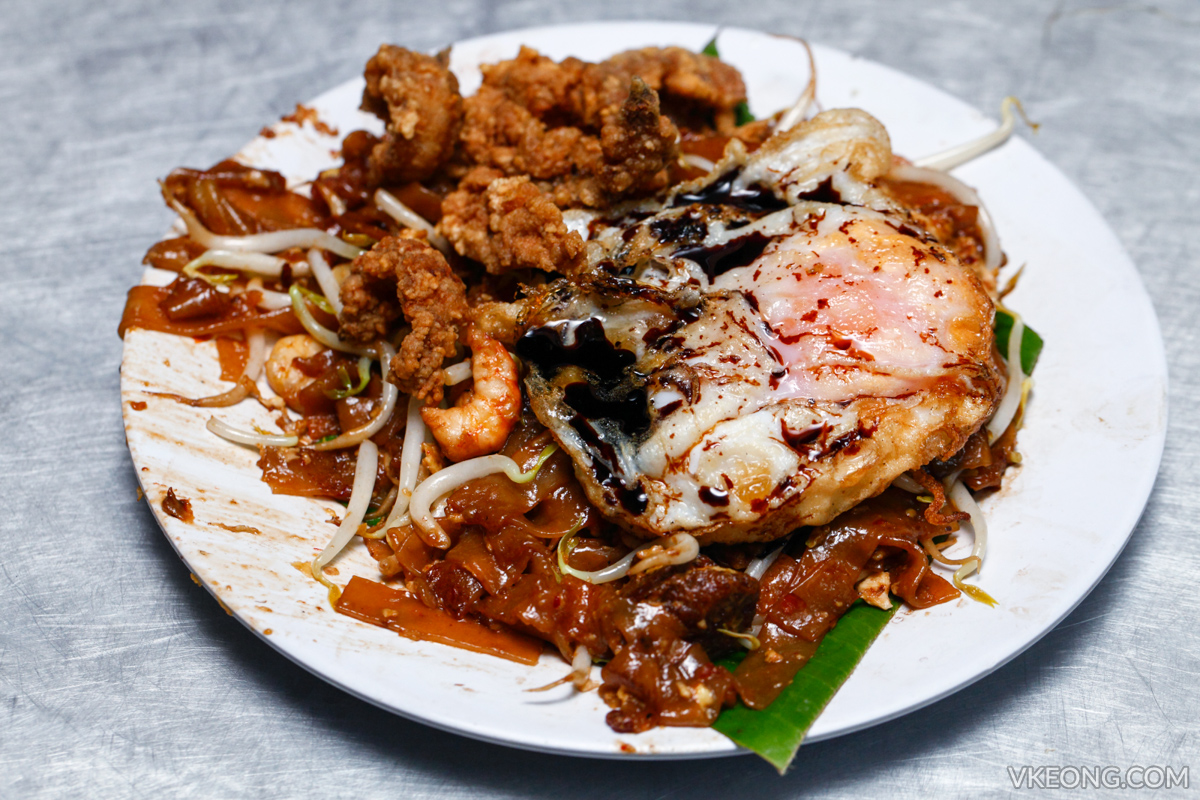 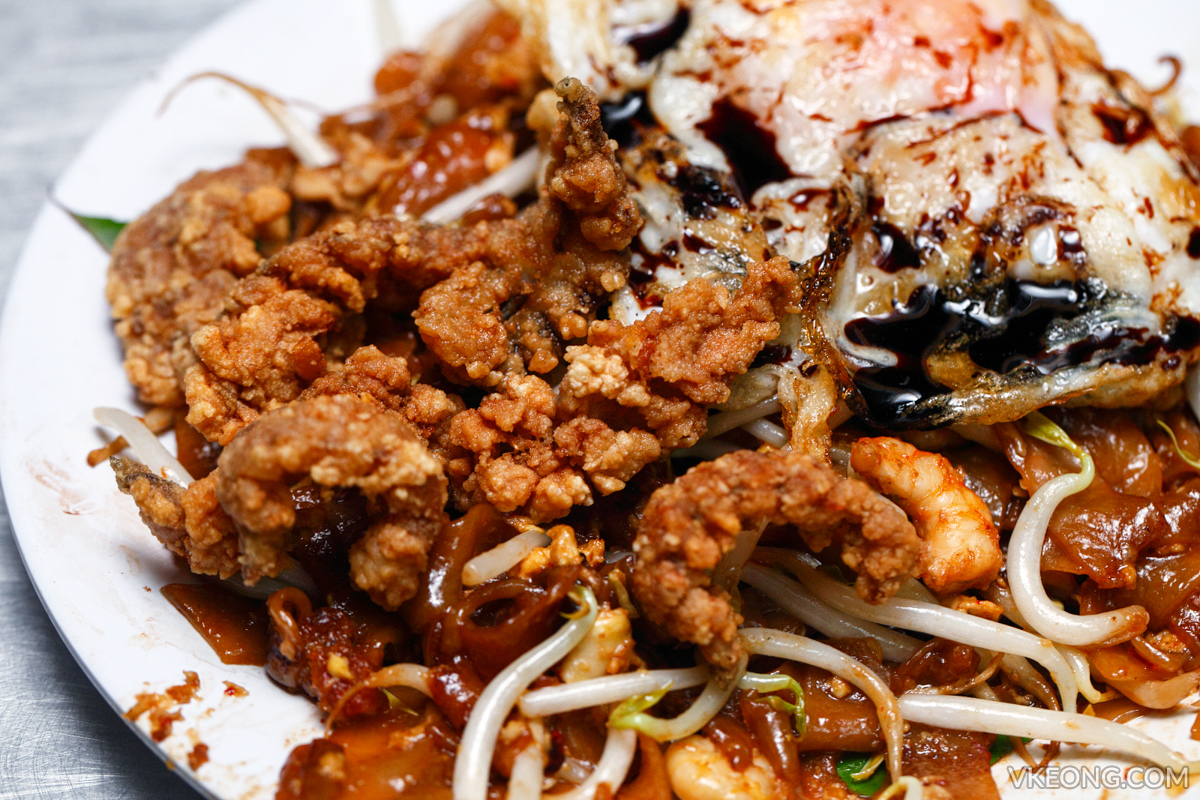 My usual order has extra prawns and cockles and a sunny side up duck egg with a runny yolk center. Incidentally, mantis prawns were available that day so it was also added. In total it cost RM10.50 while the normal version is only RM4.50. 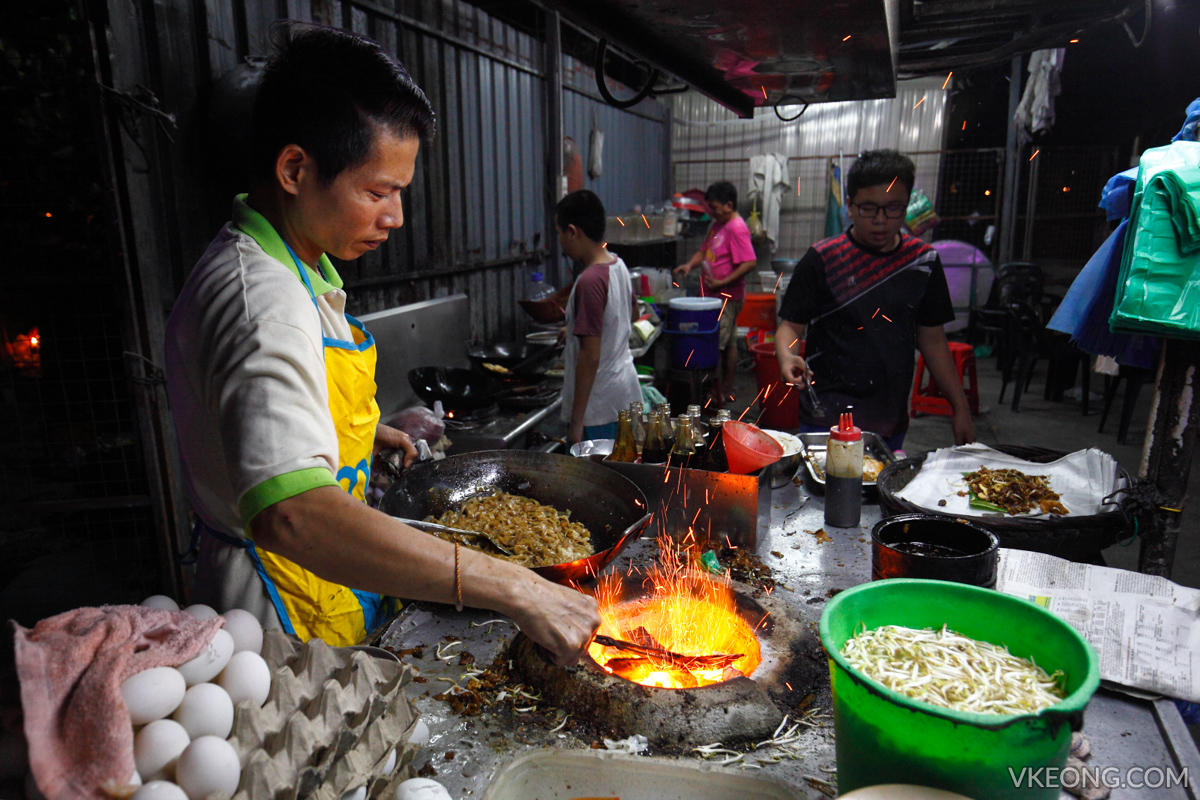 One thing I like about the youngest brother is that he’s more customer oriented, very smiley and would happily chat with anyone and everyone. So if you have any special request he will most likely entertain it as well. 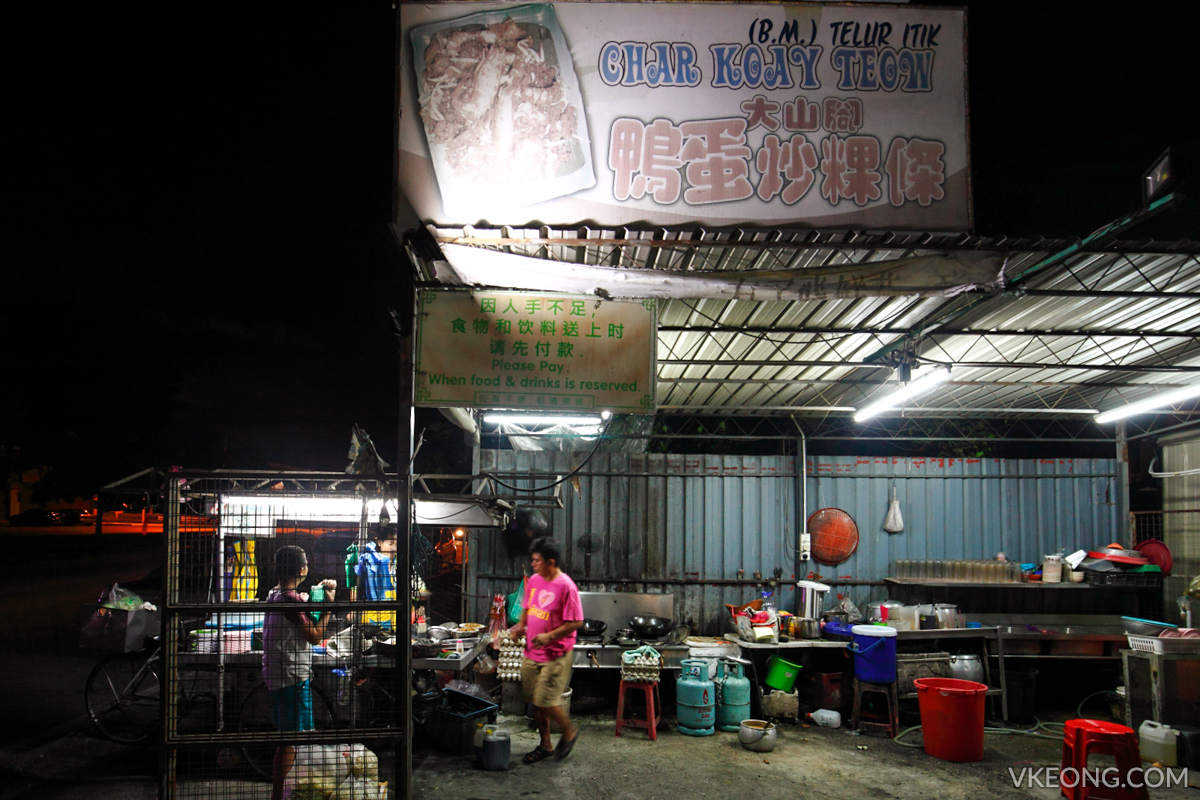