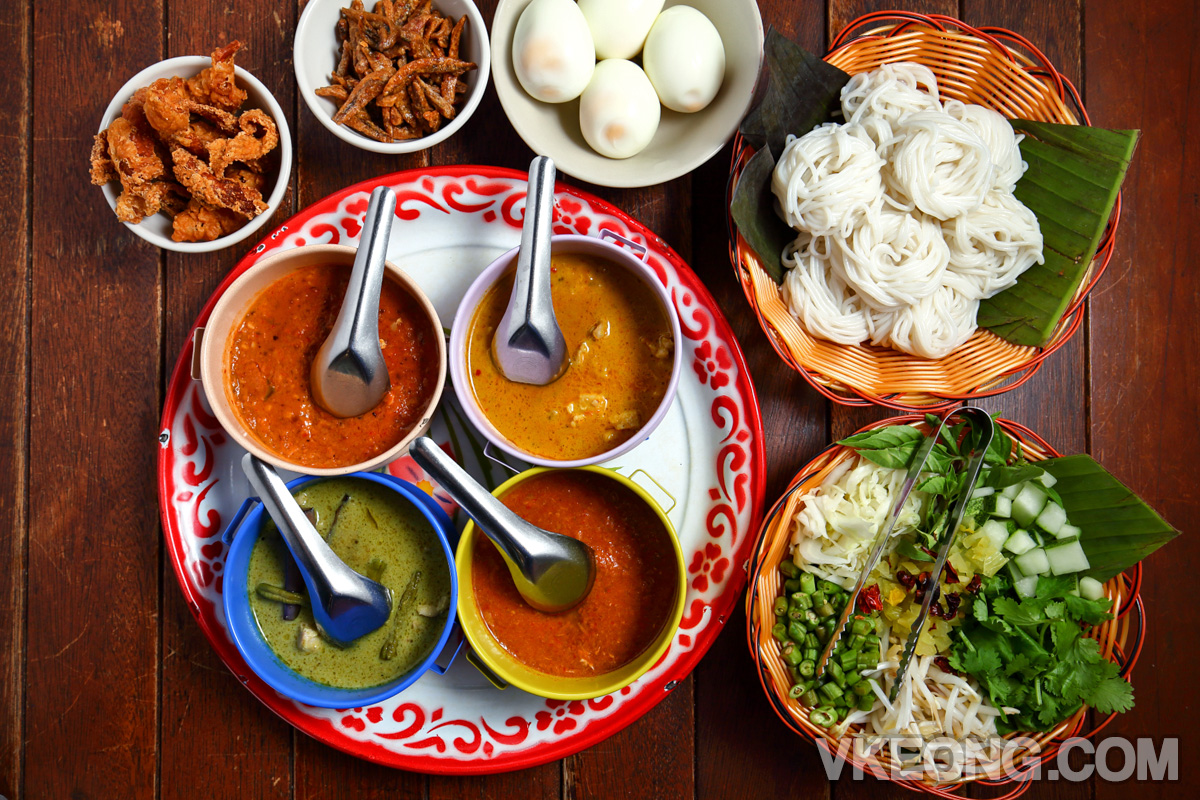 Khanom chin, or khanom jeen is a type of thin rice noodle that resembles a thicker version of rice vermicelli. The texture is somewhat different though, as it tastes smoother and bouncier, kind of similar to laksa noodle.
Because of that, khanom jeen is simply referred to as Thai Laksa in some northern states of Malaysia such as Penang and Kelantan. Among the many Thai restaurants in Klang Valley, Baan Kanom Jeen is probably the only one that specializes in khanom chin.

At Baan Kanom Jeen, khanom chin is available in single portion @ RM12.90 or in a set for sharing @ …read more