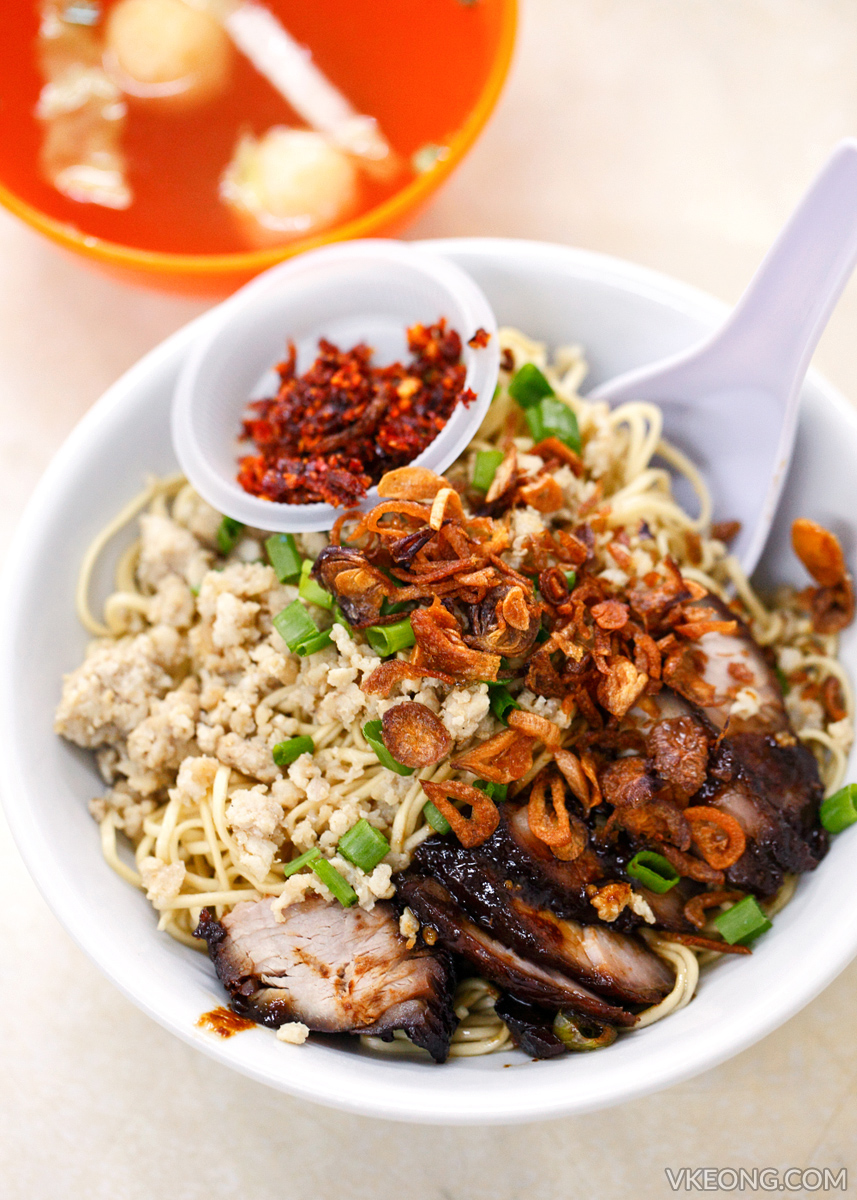 There’s a nice Kampua Mee stall at One Sentral coffee shop just opposite YMCA in Brickfields. It is called ‘Ah Ma’s Sarawak Kampua‘ and they also serve delicious Sarawak Laksa.
Their Original Sibu Kampua Mee is available in a couple of flavors like soy and chili sauce. We had the original flavor and a standard serving costs RM6.50, RM7 for a larger portion. The price is a tad higher than what an average bowl of noodle costs but I’d say the price is fair considering the generous amount of char siew and minced meat given.

I am not the right person talk about authenticity but the bottom line is that it tastes good. We liked the light and yet savory flavor from the mix of lard and shallot oil.
Most Sarawak based noodles you get in KL come with red char siew, but you get a much decent version here. Although it’s not great, at least it looks and tastes like real char siew that had been in a roaster. 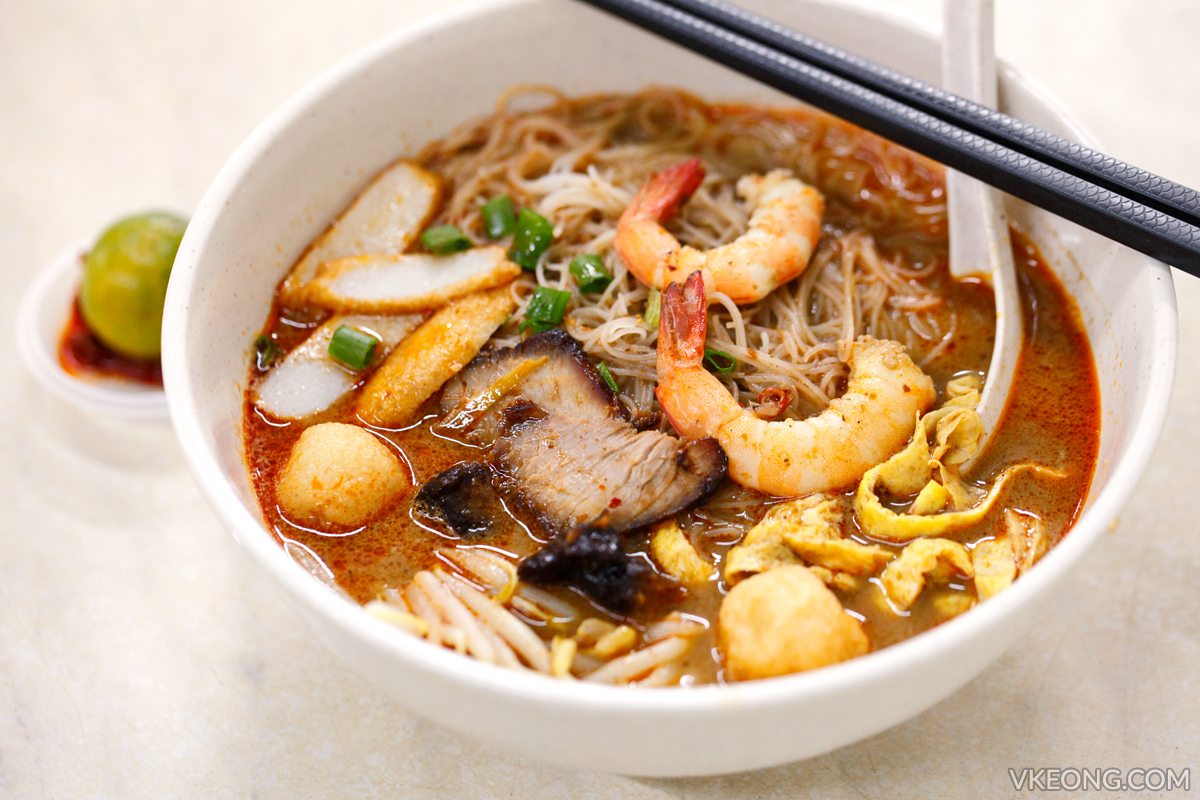 Not only the Sarawak Laksa @ RM7 did not disappoint, it exceeded our expectations. The soup had what I think is a perfect balance of sambal belacan and tamarind so it’s not overly sour.
There’s also more than sufficient toppings on the noodle which makes the eating experience a satisfying one. If you ask me how this compares to the famous one in Bangsar, I personally feel that this is hands down better. 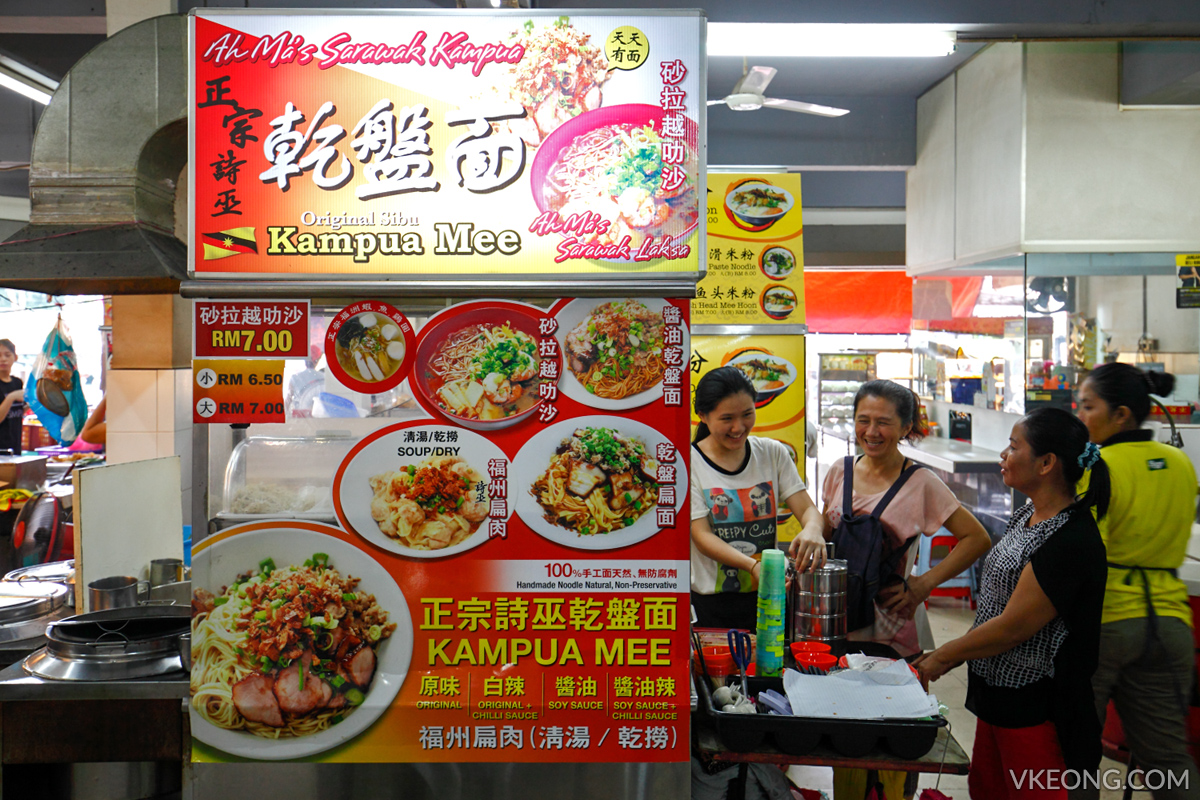 If you happen to be in the area and craving for something out of the ordinary, this is definitely worth a try. 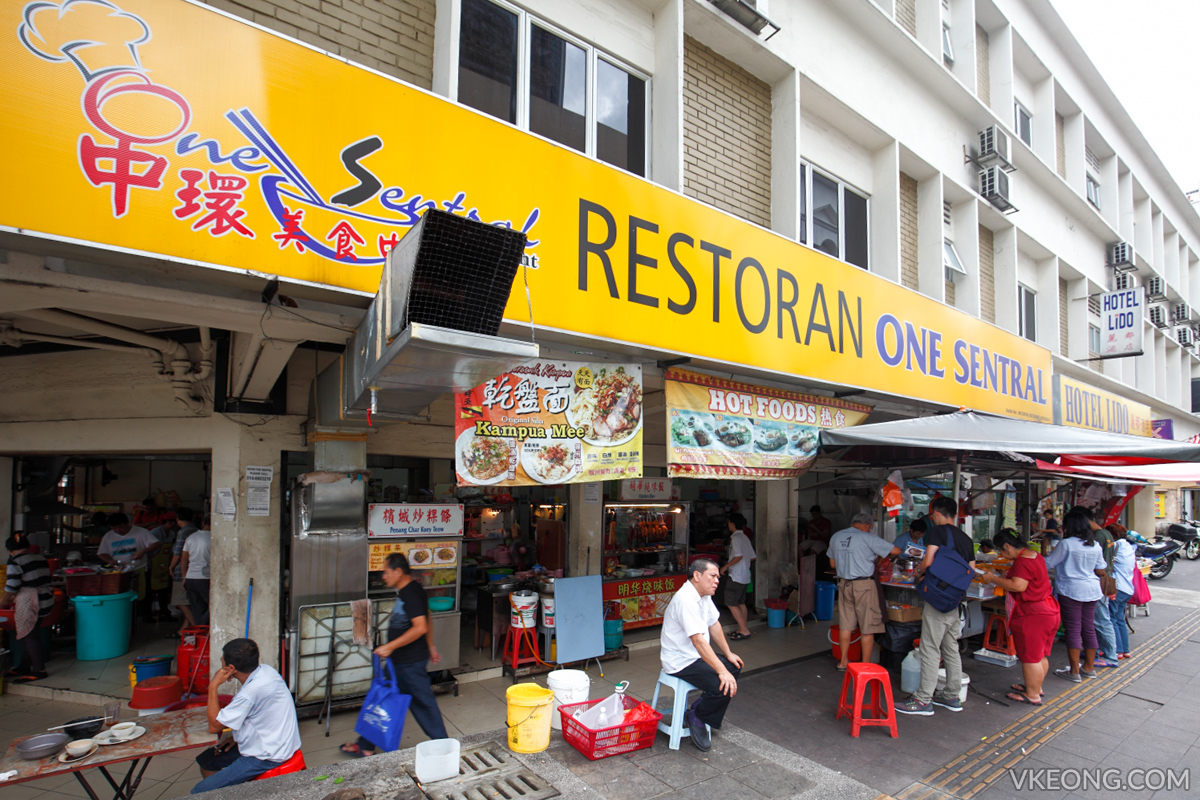