Words by Polly SzantorPhotos by The Yum List (Monica Tindall)
And now for something completely different – KL’s first crêperie! Owner and creator, Caroline, hails from Lille in the north of France, a hop skip and a jump away from wild and beautiful Brittany. Bretagne has given the world a wonderful legacy of crêpes, thin sweet pancakes, and galettes, savoury buckwheat pancakes. These tender delights are perfect for a snack any time of the day, or they can provide a satisfying main course, depending on your choice of fillings.
After living in KL for several years, Caroline realised that the crêperies found throughout France were nonexistent in Malaysia. She spent a month in Brittany, mixing, pouring, swirling and cooking hundreds of crêpes before returning to the dining paradise of the Bangsar Telawis to set up shop. She’s only been open for a few months, but her place is gaining popularity, and deservedly so.
La Vila, French Rose WineIn true Yum List fashion, we began with a drink. Caroline has created several rum and vodka based cocktails, but since I had just returned from Paris, I sampled the Montmartre (RM28) made with Tequila, Triple Sec, Blue Curacao, pineapple juice and lime. It’s the sort of drink I enjoy – refreshingly tangy with a nice kick. The signature house wine is La Vila from Carcassonne in the southwest of France. The robust, fruity red sells for RM26 a glass, while the Sauvignon Blanc is priced at RM21. There’s a pleasing choice of non-alcoholic drinks too, including fruit juices and mocktails. 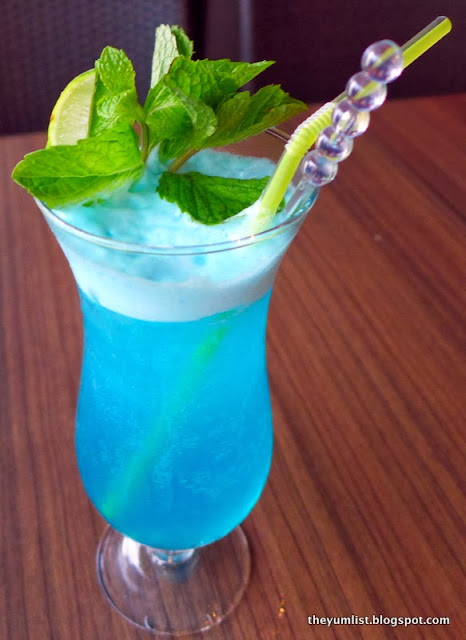 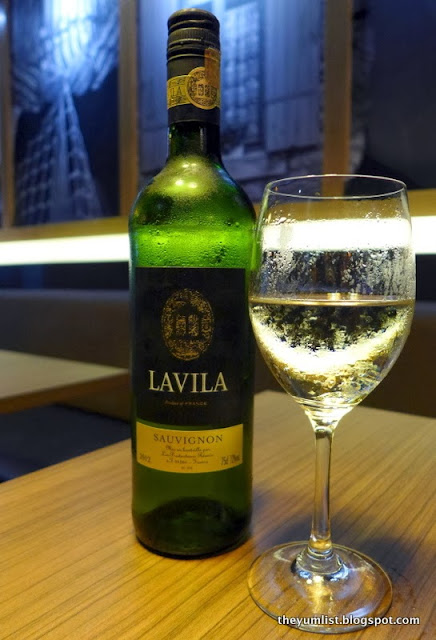 La Vila, French Sauvignon BlancOur first galette was the classic Fromage (RM17) filled with gooey Emmental cheese. The lacy buckwheat pancake had a slight crispiness to the edges and a pleasing, nutty taste, perfect for an afternoon nibble. Caroline sources the majority of her ingredients in France, including the flour and cheese for this dish, to create the most authentic flavours. 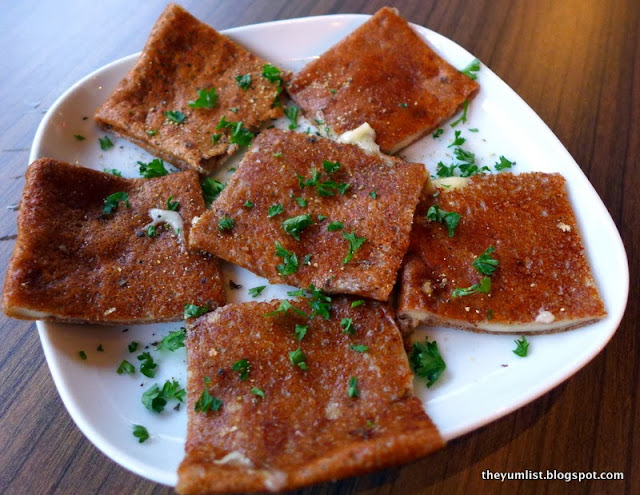 FromageThe majority of galettes are stuffed with Emmental and the other ingredients sit mouth-wateringly on top. Vegetarians will appreciate La Stanislaz (RM32) topped with ratatouille and goat’s cheese. I know that Caroline’s ratatouille is magnificent because we tasted L’Alexandre (RM27) a combination of Emmental, chicken and ratatouille. 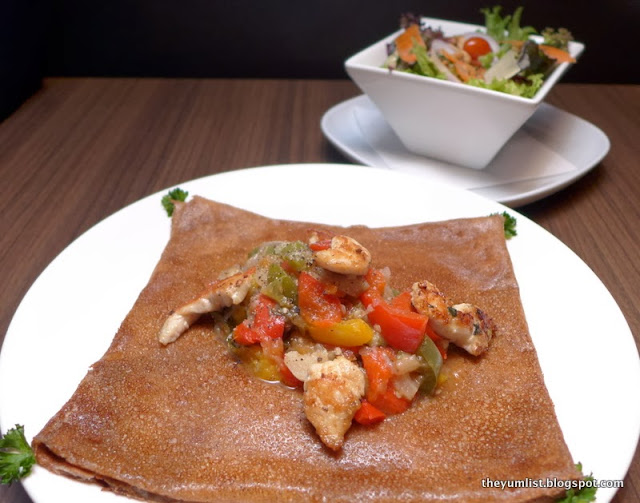 La StanislazI think my favourite was La Nordique (RM34) – smoked salmon, shrimp and lemon with crème fraiche on the side. The nuttiness of the pancake was enhanced by the smoky fish, and I appreciated the option of being a little sparing with the generous portion of crème fraiche. All galettes are served with a green salad dressed and a zingy, Dijon mustard vinaigrette, which you may like to ask for on the side. 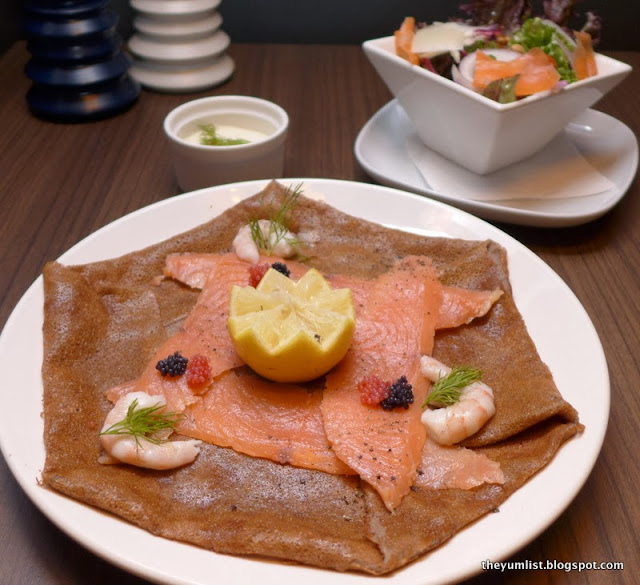 La NordiqueThere are several salads on the menu and we enjoyed La California (RM29). There was plenty to share, and it was enticingly served with a centred glass of sliced heart of palm in cocktail sauce (reminiscent of a Thousand Island dressing) surrounded by mixed leaves, avocado, shrimp, cherry tomatoes and a lovely surprise, pink grapefruit sections. 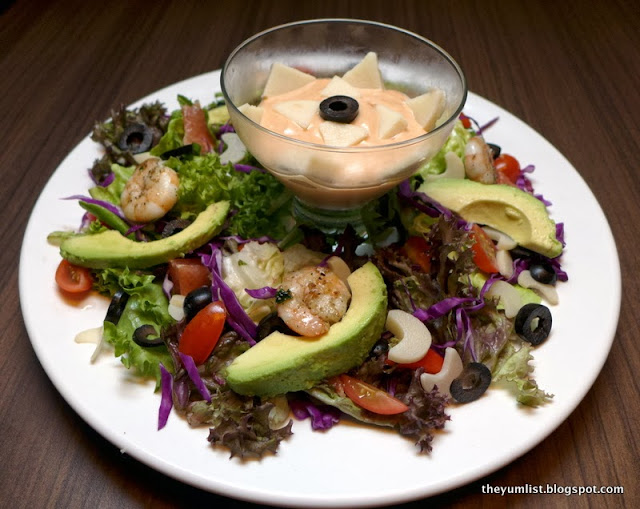 La CaliforniaLa Crêperie has an extensive menu of galettes and several versions of Croque-Monsieur and Madame. They offer meat and seafood burgers too; there certainly is something for everyone. Le Chicken Chic (RM28) is a man-sized meal and the juicy burger was especially appealing to Caning. The shoestring French fries that Miss Polly should be avoiding were all too desirable, crisp, salty matchsticks of delight. Oh dear, adieu to the diet for the evening. 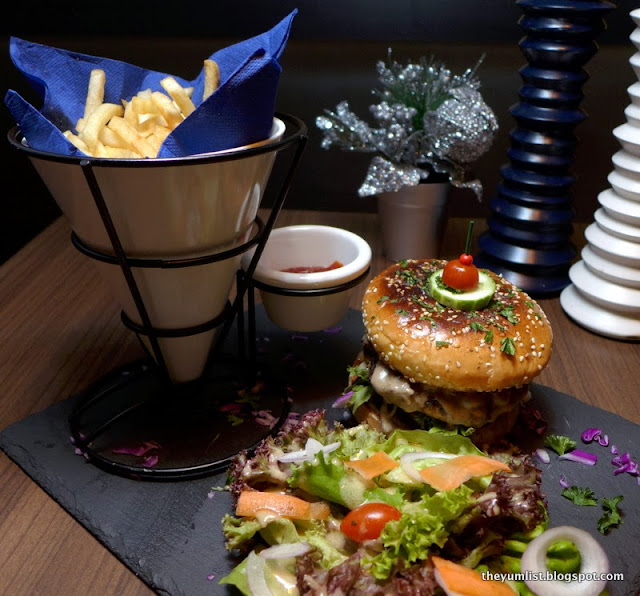 Le Chicken Chic We enjoyed listening to funky jazz as we waited for the crêpes. – good choice of music, Caroline! Oh boy, we were in for a treat. We couldn’t stop digging into the Salted Caramel Crêpe (RM19). The light, fluffy pancake was drizzled with sweet, salty, buttery caramel. This is very popular at Le Crêperie and it’s easy to see why. It was all we could do to resist fighting over who should lick the plate. There are all sorts of fruit fillings, with or without Nutella and chocolate and there are also waffles with various toppings, but we’ve saved the best for last. 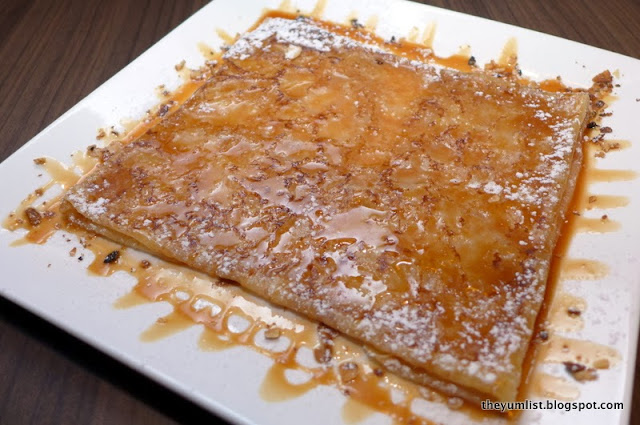 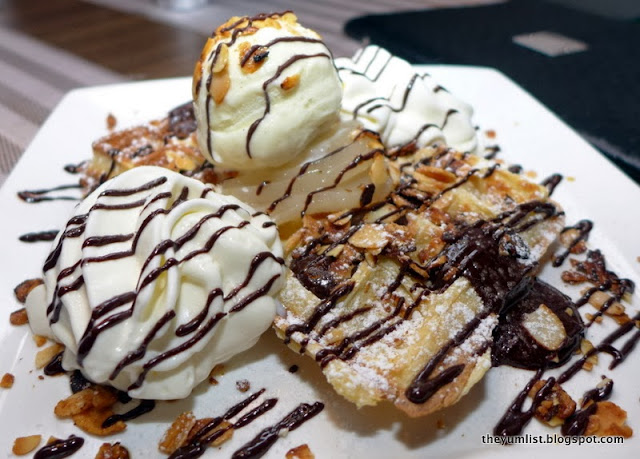 WaffleCaroline offers a choice of four flambéed crêpes all at RM34, and we were delighted to try the famous Suzette. This is the ultimate crêpe, covered with zesty orange spread, surrounded by finely chopped orange peel and flambéed with Grand Marnier. As Monica said, “I don’t think my photos captured the deliciousness of it.” The tender crêpe with zesty orange is covered with a glaze of liquor. It’s easy to see why this is the most popular crêpe in France, and for us, it held the crown for the evening. 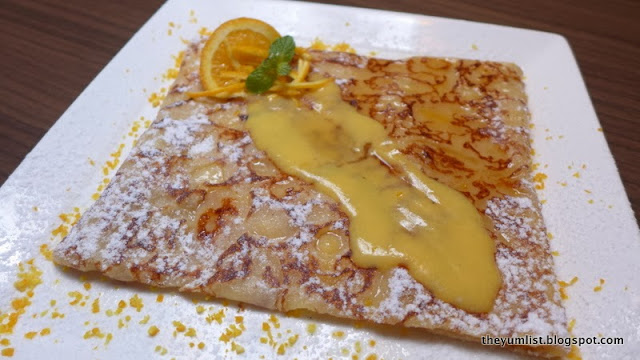 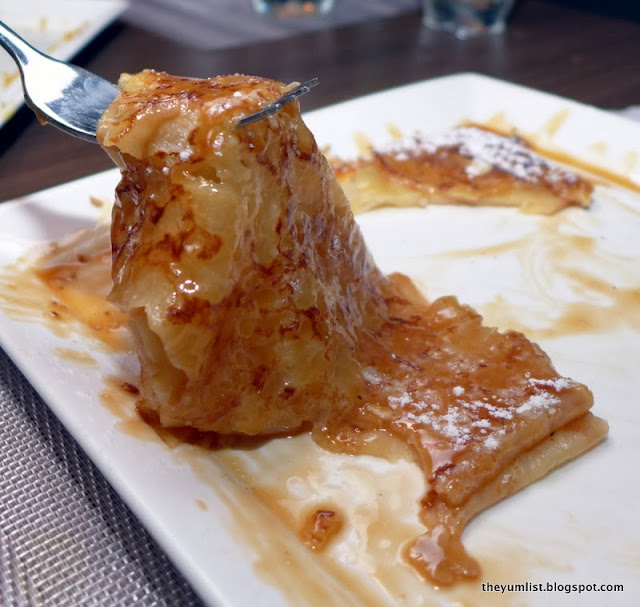 Caning diving in for the last piece of Crepe SuzetteReason to visit: For traditional Breton crêpes and galettes created with care and served with flair.
La Crêperie de Caroline33 Jalan Telawi 3Bangsar, 59100Malaysia+603 2202 0238