Words by Manveen Maan
The celebrations haven’t stopped with Chinese New Year around the corner. It’s almost time to usher in the Year of the Horse, and Celestial Court at the Sheraton Imperial is one of the many restaurants offering delicious deals that coincide with the festive season.
Celestial CourtExecutive Chinese Chef at Celestial Court, Vincent Loo and his talented team have created specially-designed a la carte menus for this auspicious occasion. There are a plethora of hearty dishes that are synonymous with Chinese New Year, including Braised Fish Maw with Sea Cucumber, Dried Oyster and Sea Moss, Simmered Cod with Enoki Mushrooms in Superior Broth, Traditional Roast Duck, Steamed Bamboo Pith stuffed with Roast Duck Meat, Mushroom, and Asparagus in Chicken Broth, as well as Braised Ee-Fu Noodle with Scallop and Japanese Mushrooms. 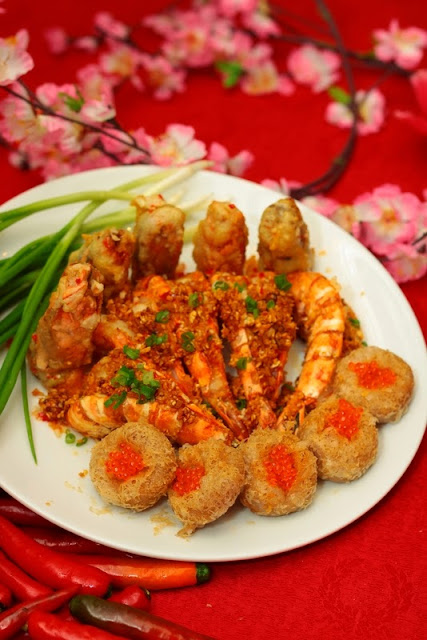 Celestial Court Duo Combination of Two Preparations of Fresh Water Prawns and Scallop Yam Puff topped with Salmon RoeAfter being ushered into one of the cosy private dining rooms, we sipped on some soothing honey lemon tea (some of us fell prey to the virus going around), and waited for the highlight of any Chinese New Year meal – yee sang. Celestial Court’s version come with Norwegian salmon and Japanese Maguro (all doused with sweet plum sauce) and we were all giddy with excitement at the extra-large chopsticks given to ensure we didn’t make too much of a mess while tossing to prosperity, good health and luck. (Note: it’s almost impossible to be neat while doing this) Yee SangOne particular standout dish was the Duo Combination of Deep Fried Crispy Scallop topped with Black Caviar and Stir Fried Scallop with Spicy Sauce – a definite must for seafood lovers. The spicy sauce had a great flavour to it, while the asparagus it came served with was both crunchy and fresh. 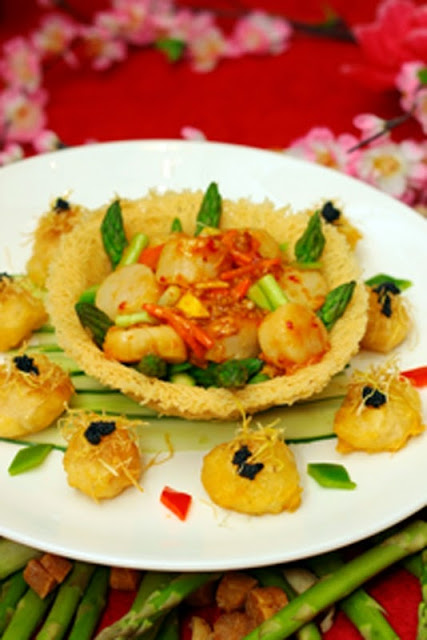 Duo Combination of Deep Fried Crispy Scallop topped with Black Caviar and Stir Fried Scallop with Spicy SauceAnother highlight was the Simmered Cod Fish with Enoki Mushroom and Wolf Berries in Superior Broth. The broth was “superior” indeed (although we never quite found out what was in it), with a rich ginger base that went superbly with the generous portion of fresh codfish and mushrooms. Outstanding flavours in one dish right here, ladies and gentlemen. 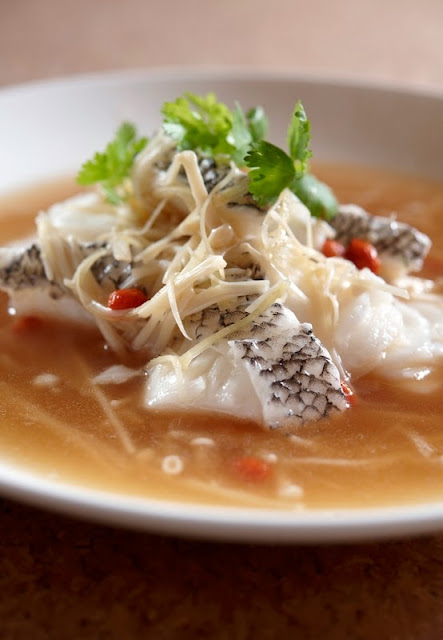 Simmered Cod Fish with Enoki Mushroom and Wolf Berries in Superior BrothAs with most banquet dinners, by the time we were served the rice, we were almost bursting at the seams! But the Braised Rice with Roast Duck and Dried Scallop in Abalone Sauce was too delicious to resist, and we were soon dangerously close to a carb-overload. 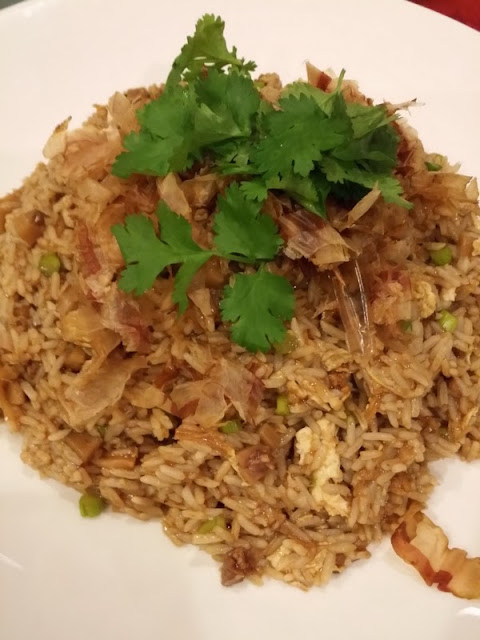 Braised Rice with Roast Duck and Dried Scallop in Abalone SauceRounding up our list of treats that evening were the Braised Abalone Treasures Pockets with Dried Scallop and Vegetables, and the milky-sweet Double-boiled Hasma with Snow Fungus, Red Date and Yakult (Note: Hasma is derived from the *ahem* reproductive glands of the snow frog, and is meant to be great for the skin).
Double-boiled Hasma with Snow Fungus, Red Date and Yakult A Chinese New Year banquet dinner is a marathon for the tastebuds so it is best to work up an appetite before indulging in the many courses available. The private dining room is definitely the way to go, for a more intimate and comfortable dining experience with family and friends. 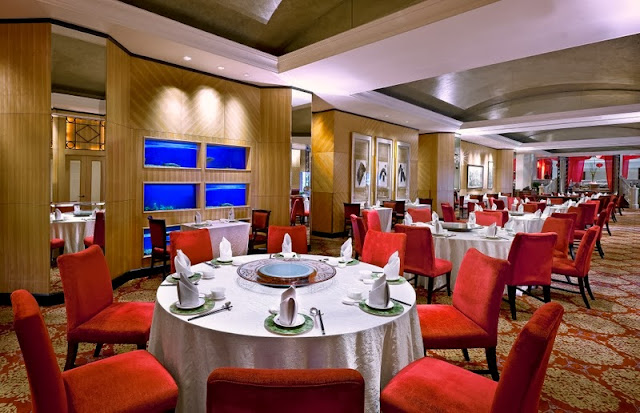 Celestial CourtCelestial Court goes all out to feast your eyes, satisfy your senses and whet your appetite with a variety of lip smacking delights. Probably the best way to celebrate the Lunar New Year!
The Chinese New Year ala carte and set menus are available from 6th January to 14th February 2014. The a la carte dishes are priced from RM38++ onwards each.
Private rooms are also available. When booking a Chinese New Year banquet reunion dinner in a private room, you will get one complimentary table for every 15 confirmed tables. The corkage fee for two bottles of wine or one bottle of liquor per table will also be waived and you can also choose from seven fun activities to be included in your event – Artistic calligraphy, traditional Chinese calligraphy, palm reading, tarot card reading, caricature, making of dough dolls and paper cutting. These Chinese New Year banquet packages are valid from 18th January to 17th February 2014 with menus starting from RM1,388++ per table of 10 persons.
Reason to visit: a hassle free Chinese New Year celebration
Celestial Court