Bread and ABBA ….A Guilty Pleasure! 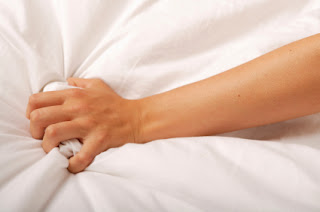 Well Daahlings, how was your Halloween? Did you get a trick or treat or hopefully both!Me I prefer to sit and wait for my candy bar to come to me but that is just my personal preference!

As you may all have noticed….. You did didn’t you that I have been absent for a couple of weeks, well darlings it is simply because I am sooooo very busy making cakes but for certain it does not mean I do not care for thee! It’s just a question of me being not very organized and unfortunately everyone seems to want to get married at weekends which is when I sit down to write my stuff to you! Any way daaaaaaaahlings Christmas is coming and it’s the Pastry queens busiest time so you are going to have to bear with me and know that I will do my best when time allows and if not you may guarantee that poor old me is otherwise up to my eyes in a 6 tier wedding cake!

This week I did however have some time out to go to a concert of ABBA forever, a real “Event” for Phuket and even though the evening was FAB to be honest it was not Abba forever but however! I thought if one was a tribute band they should give tribute not think they were the stars as they are just riding on the back of someone else’s hard work so next time ABBA FOREVER, get your act together because Phuket is not some off the beaten track Island but International and holds a BIG ABBA fanny…. and laddered tights sweetie……..REALLY

So the point of this is that I came across this piece and wanted to share it with you before I go on to give you a very simple recipe for great bread for Sunday breakfast….

This sums up entirely my feelings for this simply amazzzzzzzzzing bunch of Swede’s of which I adored as a kid spent many days singing their songs in front of the living room mirror!

Why I Love Abba

Abba are often considered to be the guiltiest of guilty pleasures. But what’s wrong with enjoying some the Swede’s majestic classic pop? 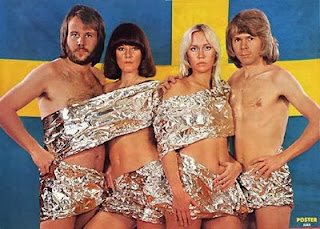 It’s a rainy Home Counties February Sunday in 1989. I am wearing a purple velvet frock with a Peter Pan collar and a sash, because it is the Sabbath day and all the children of the parish are required to dress like Little Lord and Lady Fauntleroys. The dress is covered in Phileas Fogg Mignon Morceaux crumbs, because I am on a mission to ruin my lunch. I am prone, with my elbows on the hardwood floor and the rest of my soon to be four year old self on the rug. This is because I am about to listen to a record. We’re not usually allowed to go near the shiny black Matsui that lives in a bamboo cabinet in the corner of a sitting room, but Dad has said that I can choose an album, as a treat. I have chosen Voulez Vouz. It has two glamorous ladies on it, an old man with a beard and someone I’m not sure about, who is wearing white overalls.

It’s not like anything I have ever heard before. The beat is adult and insistent. The singers sound breathy and sophisticated. It’s about something alien and grown up – night clubs and affairs and things I’m not supposed to know about, but have started picking up on through forbidden glimpses of Brookside and Poirot. And it’s not the sort of record that you listen to whilst eating crisps, with your elbows on the floor. For the first time, I’m aware that my hips can move to a different beat than the rest of me, that a rhythm can be as thrilling and hypnotic as any melody and that you really don’t need to understand the words to understand what a song is about.

My love affair with pop – with music – begins with Abba. My obsession with Anni-Frid, Agnetha, Bjorn and Benny became an all consuming, comforting, giddy fandom which eventually delivered me into the arms of Dinah Washington and Courtney Love. ‘If It Wasn’t For The Nights’ taught me about heartache, yearning and misery a good decade before I was within Lynx sniffing distance of any potential bastard boyfriends. Thanks to ‘Super Trooper’, I knew all about the difficulties of life as a performer by the time I saw Spinal Tap and the Mariah Carey episode of Behind The Music. And ‘The Winner Takes It All’ showed me a world of relationship pain that destroyed my Disney logic and made me ask my parents annoying questions following every bedtime fairytale. And oh, the car journeys! People may complain that today’s children have been spoiled by Frubes and in seat DVD players, but they have never driven from Buckinghamshire to the North Welsh border with three kids under seven who are determined to keep singing “Take a chance, take a chance take a chick-a chan-chance” until they run out of oxygen and pass out. (We were fuelled by a Muppet Show repeat that included a cover of ‘Take A Chance On Me’ and spent a long time speculating about Abba’s relationship with the Muppets – specifically, whether there was a love triangle going on between Agnetha, Kermit and Miss Piggy.)

One week, TOTP2 promised that they would be featuring Abba in their romantic Valentine’s special, and my sisters and I spent every waking second debating whether they’d choose Tropical Loveland (“They’re always short on up-tempo ballads – they’re bound to pick it!” said Ellen) or Honey Honey, which I sometimes secretly danced alone to, with a pillow. In the end, the song they showed was Waterloo. Of course they did. We watched Abba – The Movie in our nighties, on D Day, and simultaneously burst into tears when we realised that there was less than 45 seconds of actual Abba footage in the entire film.

My Abba obsession did not make me popular. Hannah Boyd, who commanded respect because everyone thought she was responsible for all the school pencils, told everyone that she’d only be friends with people who liked Madonna. I wasn’t allowed to listen to Madonna for foggy, mysterious reasons that were associated with not being allowed to get my ears pierced or wear a bikini. The only other kid who said he liked Abba was unable to name a single song and had a year round cold sore. I drew my own conclusions.

Abba were desperately uncool, and gradually their grip on me loosened and I started being open to other musical possibilities. I was a Riot Grrrl, then a Slinky Kid, and then slid into studenthood and jangly indie and old fur coats that smelled of dead dogs when it rained.

But Abba had a renaissance. Millions and billions Super Trooped off to see Mamma Mia at the movies and in the West End. And I felt a weird Proustian protectiveness of my special Swedes, who were being subjected to an awful lot of exposure. But I am wooshily, woozily excited about the release of Abba – The Essential Collection.

I’m not ashamed to love Abba. I’m ashamed of every time I ever pretended I was too cool for them

It has everything that was in MammaMia – and a few things that you might not have heard of if you didn’t spend six years of your life plotting to meet the group and become their honorary fifth member. ‘So Long’ says everything ‘Independent Women‘ does, but harder, faster and first. ‘Lay All Your Love On Me’ is one-two punch power pop with the emo potency of a gin martini. It’s also impossible not to sing along to it in a mad, Sloaney voice, which provides many opportunities for LOL-lery. ‘When All Is Said And Done’ is executed with so much sad grace and dignity that it could be a three and a half minute Henry James novel, set to music. ‘Bang A Boomerang’ is all condensed orchestral majestry and unrelenting hook laden harmonies – and it’s called ‘Bang A Boomerang’. You need balls to stand by a title like that and make it work. Balls that Skrillex can go and suck on.

I’m not ashamed to love Abba. I’m ashamed of every time I ever pretended I was too cool for them. I might have a phone full of The xx and Le Tigre, but Abba taught me everything I now know about love, loss, heartbreak and haircuts.

What can I say daaahlings, I could not have put it better myself! Daisy, great piece from the sabotage times….. I am now a FAN!

So sweeties, now do you want to do some master baking…??????
Here is a very simple way to make great bread for any time…… homemade dense and perfect for a slice of toast or sandwich!

All you need is…… 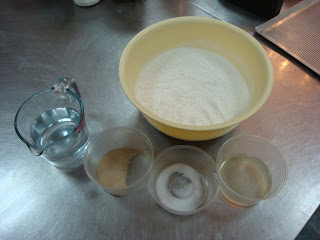 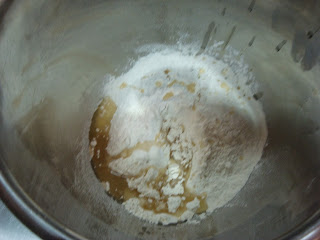 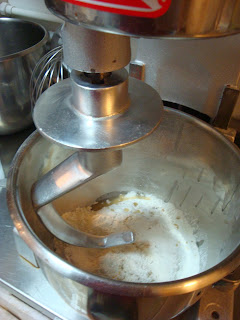 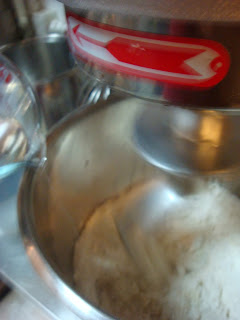 After weighing all the ingredients, put it in the kitchen aid or similar appliance with a dough hook and mix on a slow speed for 10 minutes. 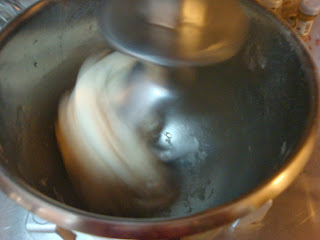 After 10 minutes I turn the mixer up to speed 2 and give the dough a good slap for a minute or so…. (Another guilty pleasure of mine………….) 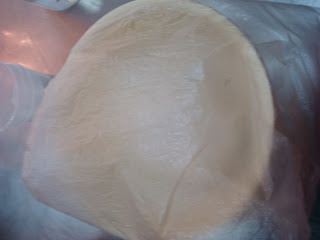 Then place the dough in a lightly floured bowl cover with film or a place in a bag and leave to prove for 45 minutes till roughly double in size. 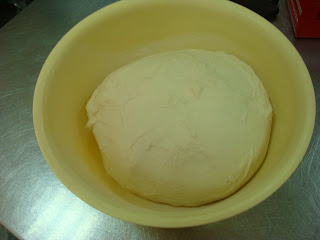 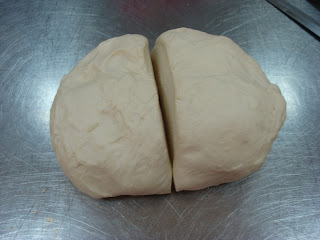 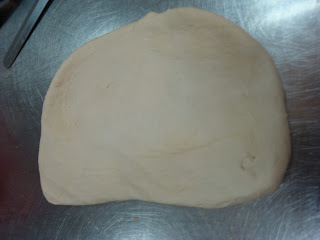 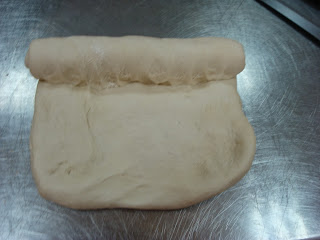 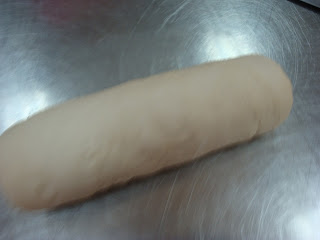 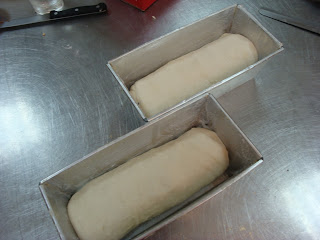 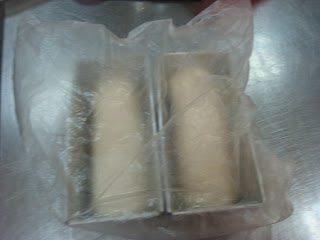 Knock back the dough and scale at 550 grams or cut in half to get 2 nice sized loaves, shape into your desired shape (what can I say here!).. I use a loaf tin, place the dough in the tin and again leave to prove till double the size..

Then brush with water and dust with flour or seeds of your choice and bake it at 220̊c for 25 minutes or till you knock it and get that hollow sound where you know the bread is ready and cooked…. 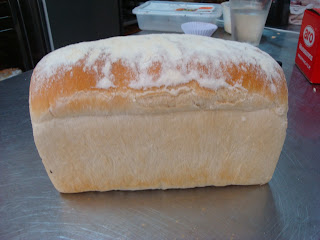 Place on a wire rack and leave to cool, slice, toast and butter and Enjoy!

Who needs Mother’s Pride when I have my own!!

Carry on Baking!
See you soon or as soon as I can….Happy Sunday!