So… THE WAITING TIME WAS 2 FREAKIN’ HOURS!

Pardon the caps, but seriously, the wait was insane. To be honest, I don’t think I’ve ever waited that long for food, and I would definitely be disappointed (furious even) if it’d didn’t lived up to it’s expectations.

To pass time, I dropped by Naj & Belle for dessert before dinner. I mean, might as well right?

On hindsight, it felt as though Shinmapo really wasn’t utilizing their space appropriately. There were empty tables outside that serves no purpose and the cashier was strangely located at the center of the restaurant.

Nevertheless, let’s see if the claimed, Korea’s Number 1 BBQ Restaurant, was worth all the hype. 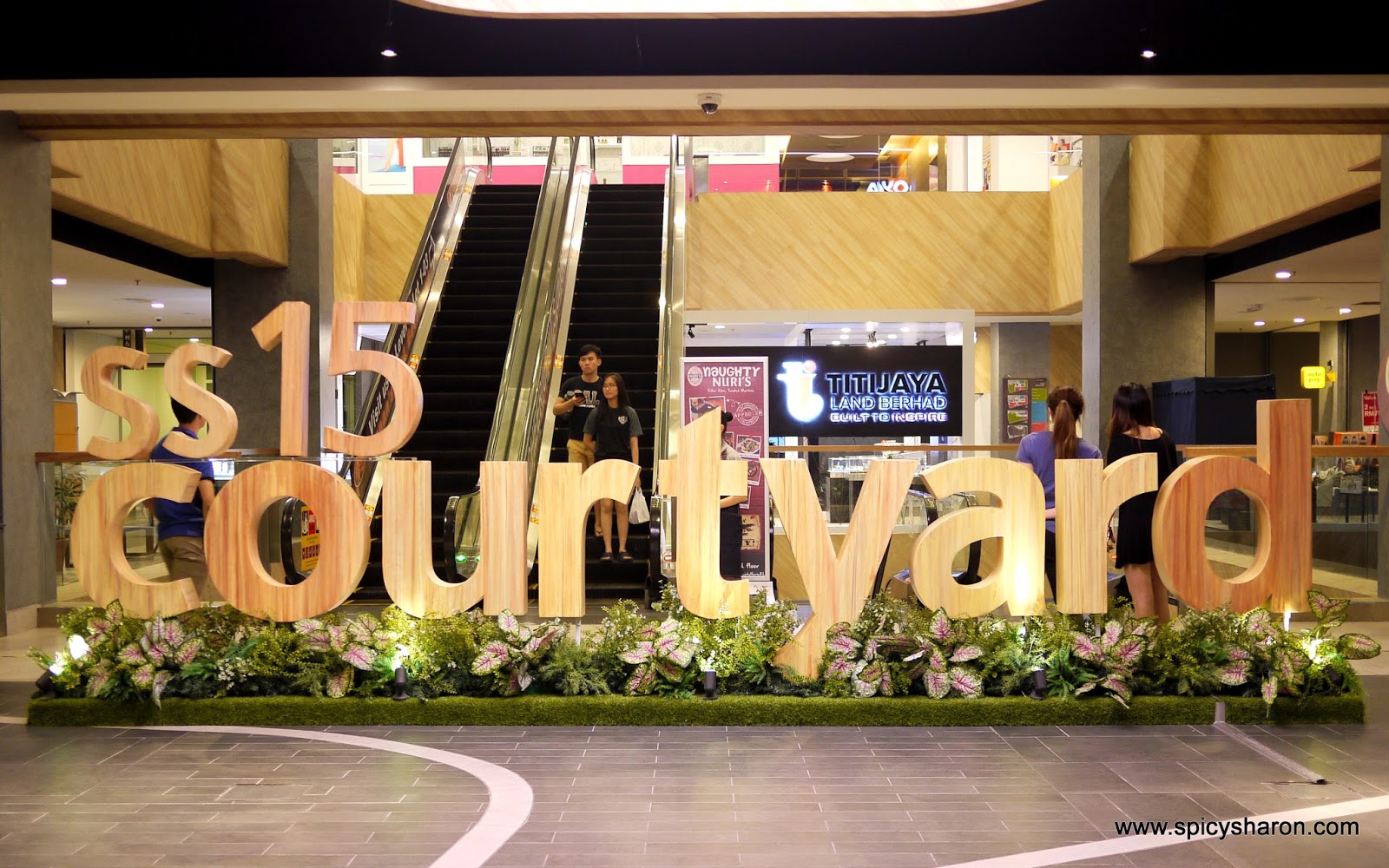 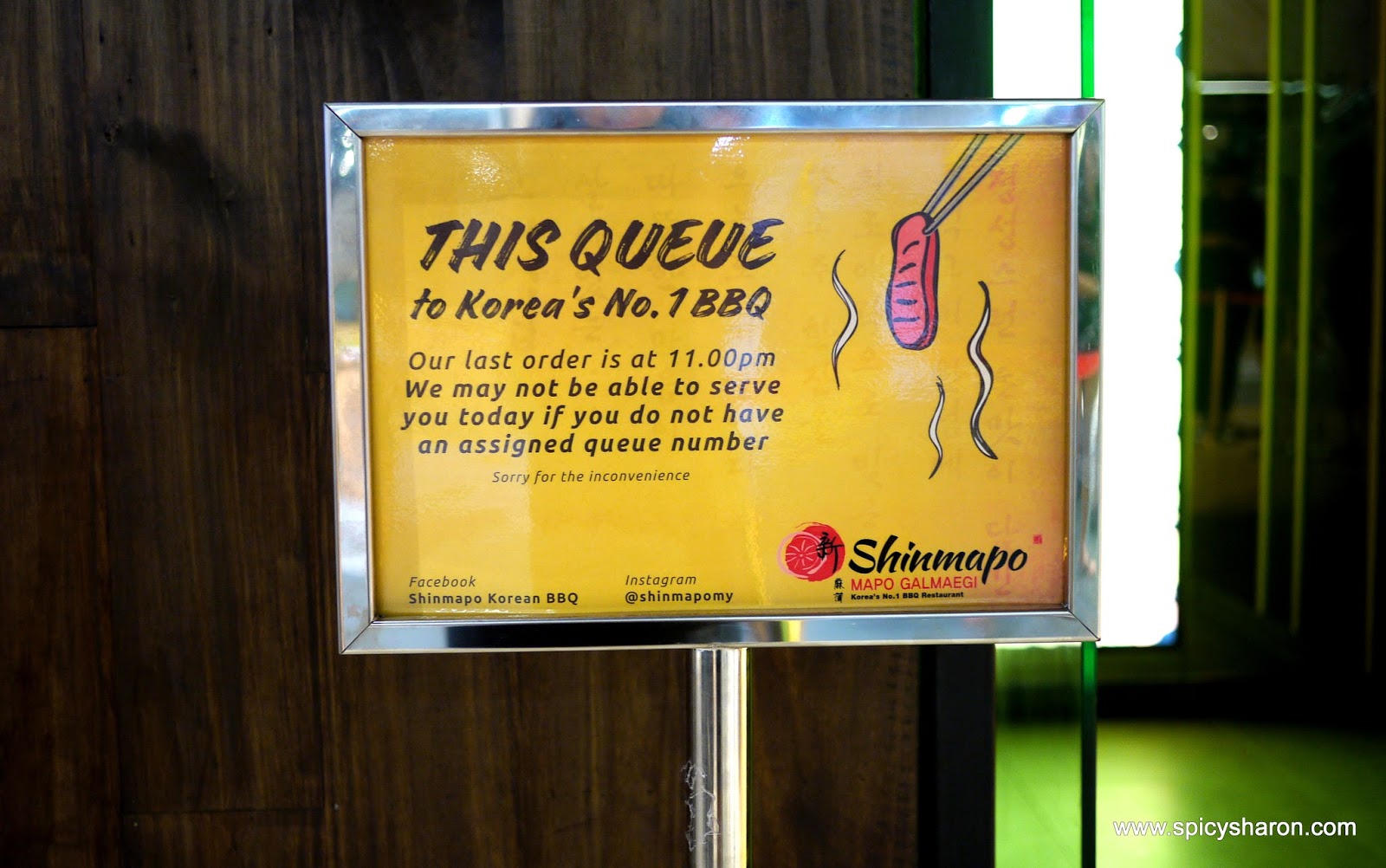 An assortment of Banchans 반찬 were placed on our table once we were seated.
There were nothing particularly interesting, though I have to note that the kimchi was to-die-for. It was an appetite booster, and reminded me of the best kimchi I’ve ever had, at Tosokchon Korea. 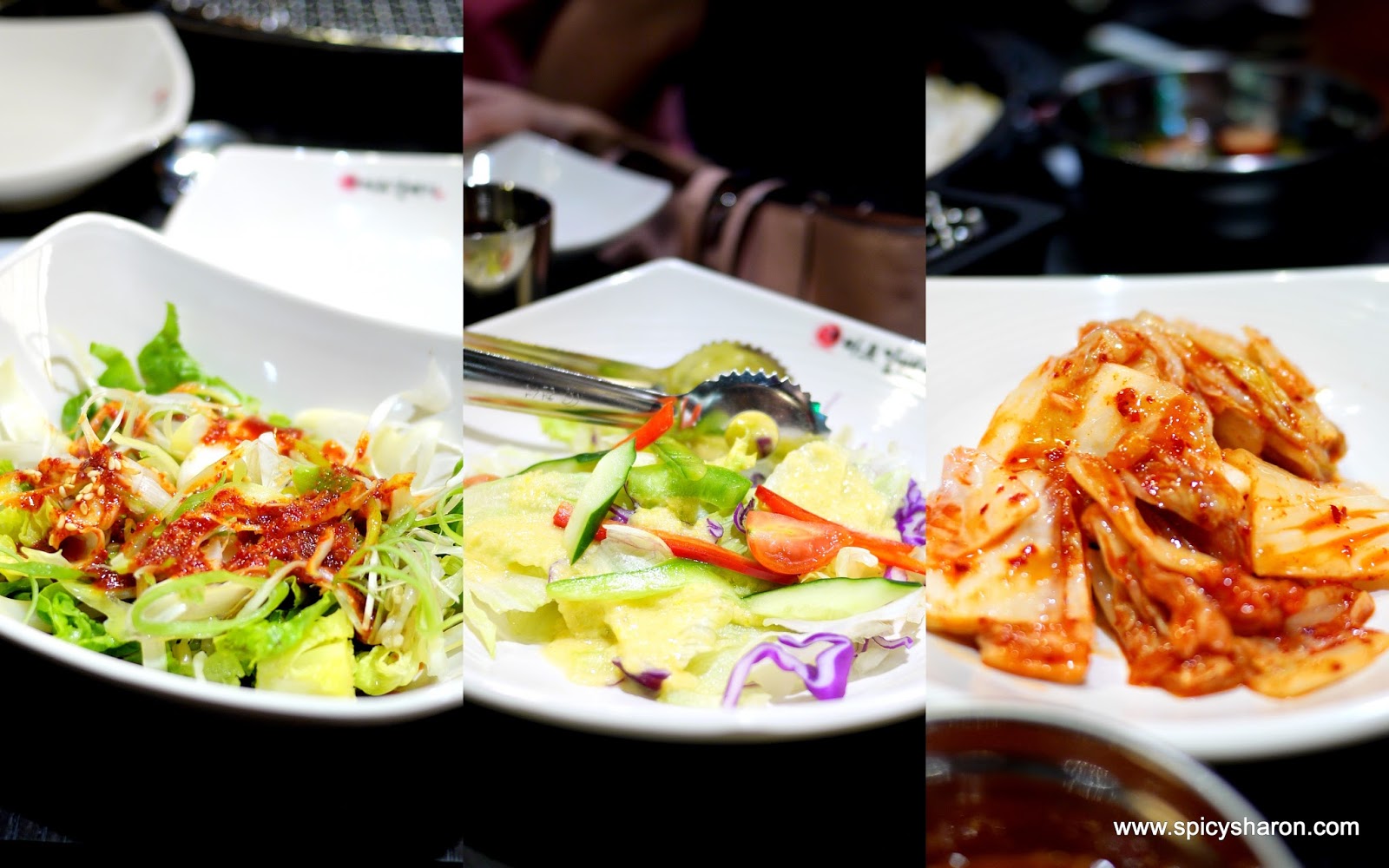 We shared the Shinmapo Ultimate Set (RM128), among the 5 of us.
It came with 200gm pork belly, 200gm pork skirt meat, 200gm marinated pork collar, pork skin and mix grilled seafood platter. Just a little short to go around if you’d asked me.
The meats were delicious – the pork belly reminded me of siew yuk; the pork skirt meat was tender yet juicy; the marinated pork collar was sweet and addictive. The half-circle of kimchi egg crust was also a nice addition to our barbecue grill. 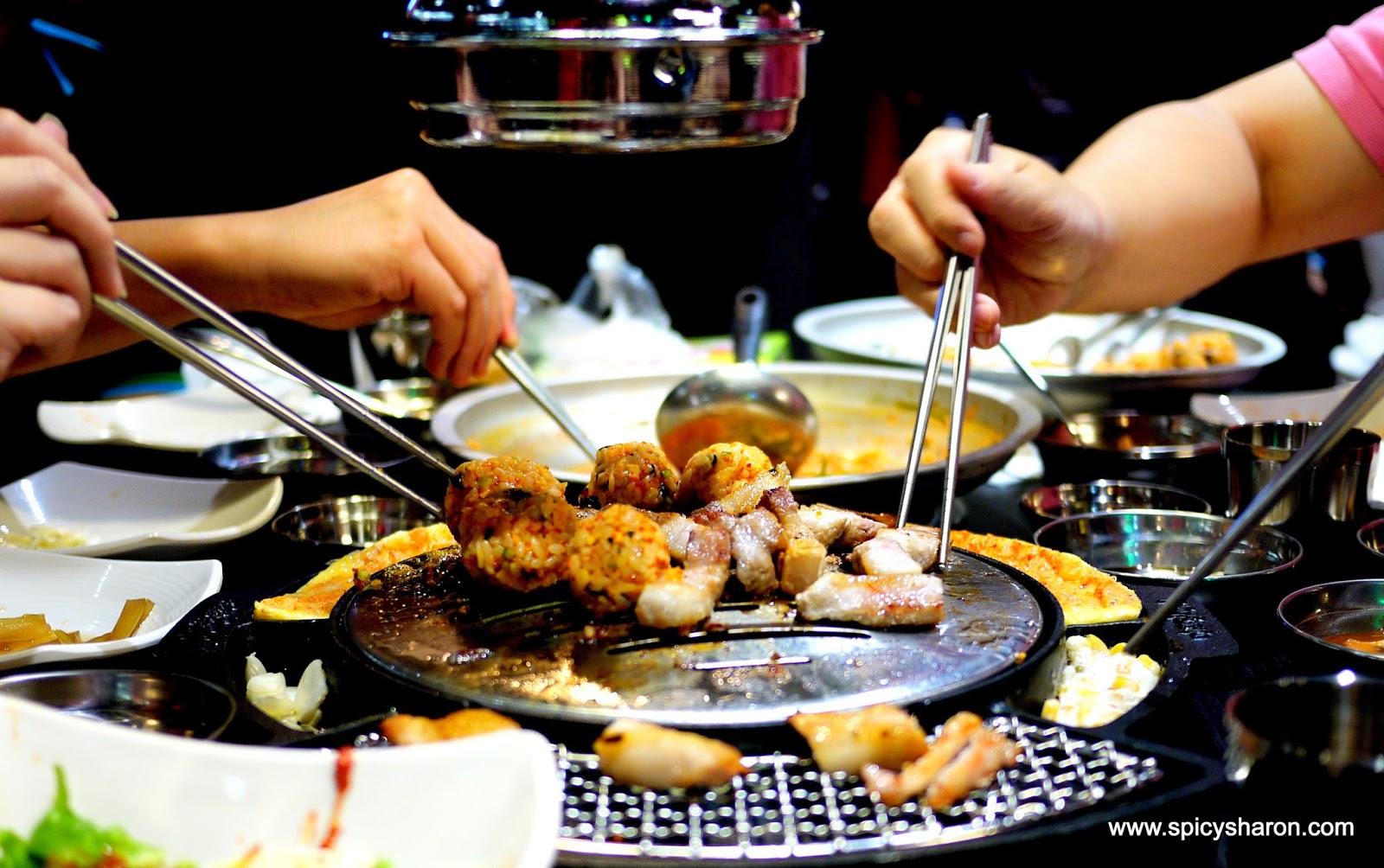 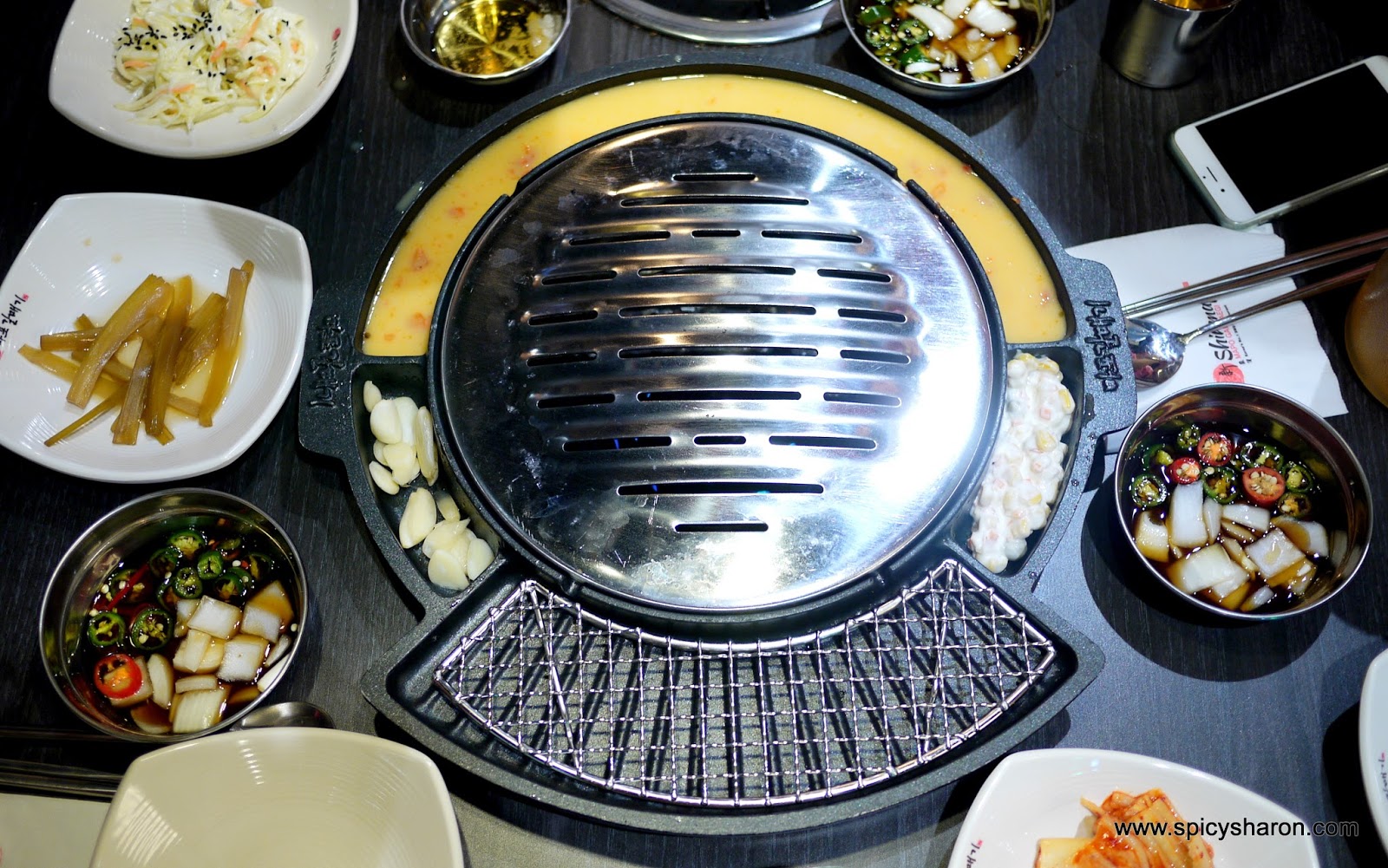 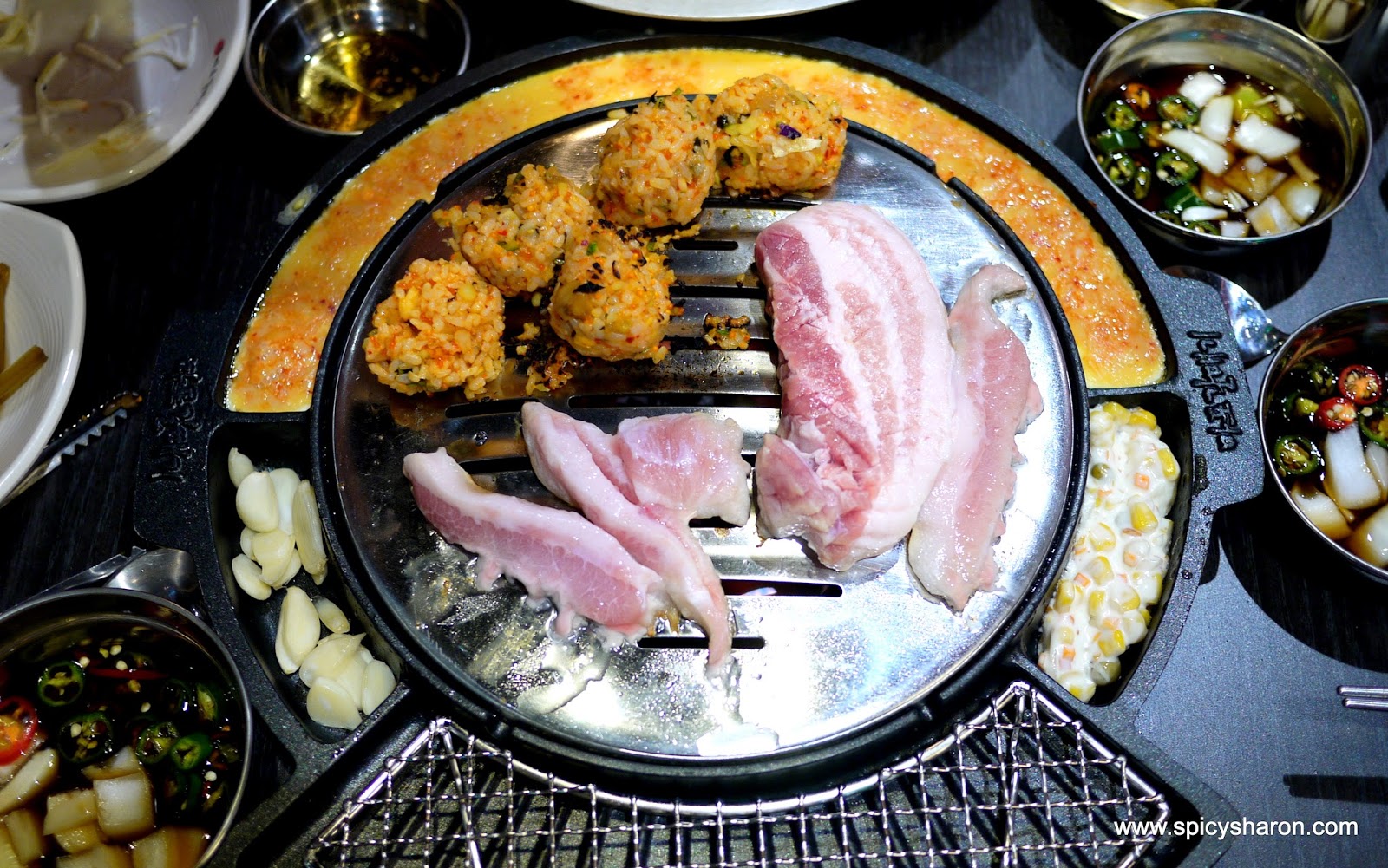 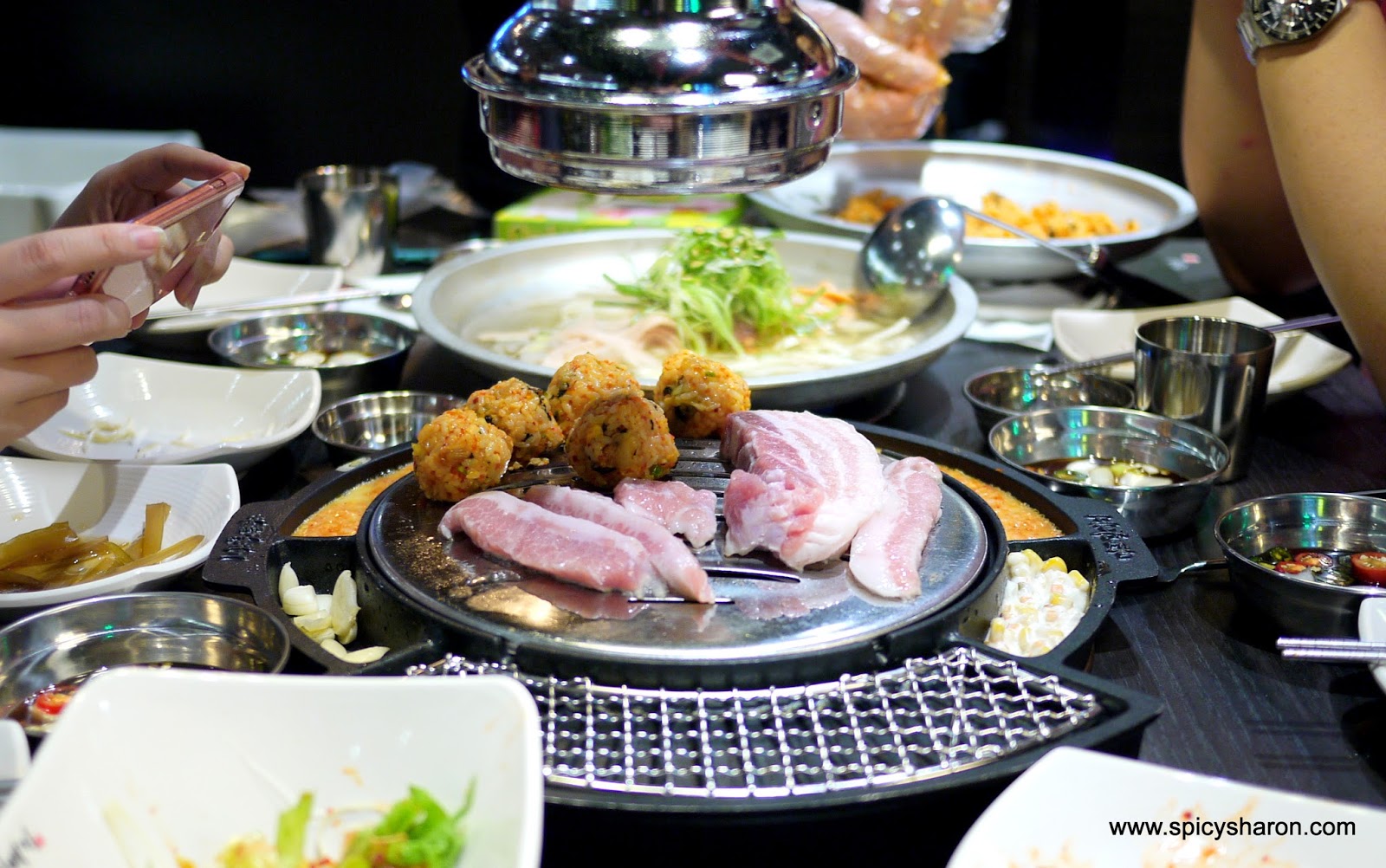 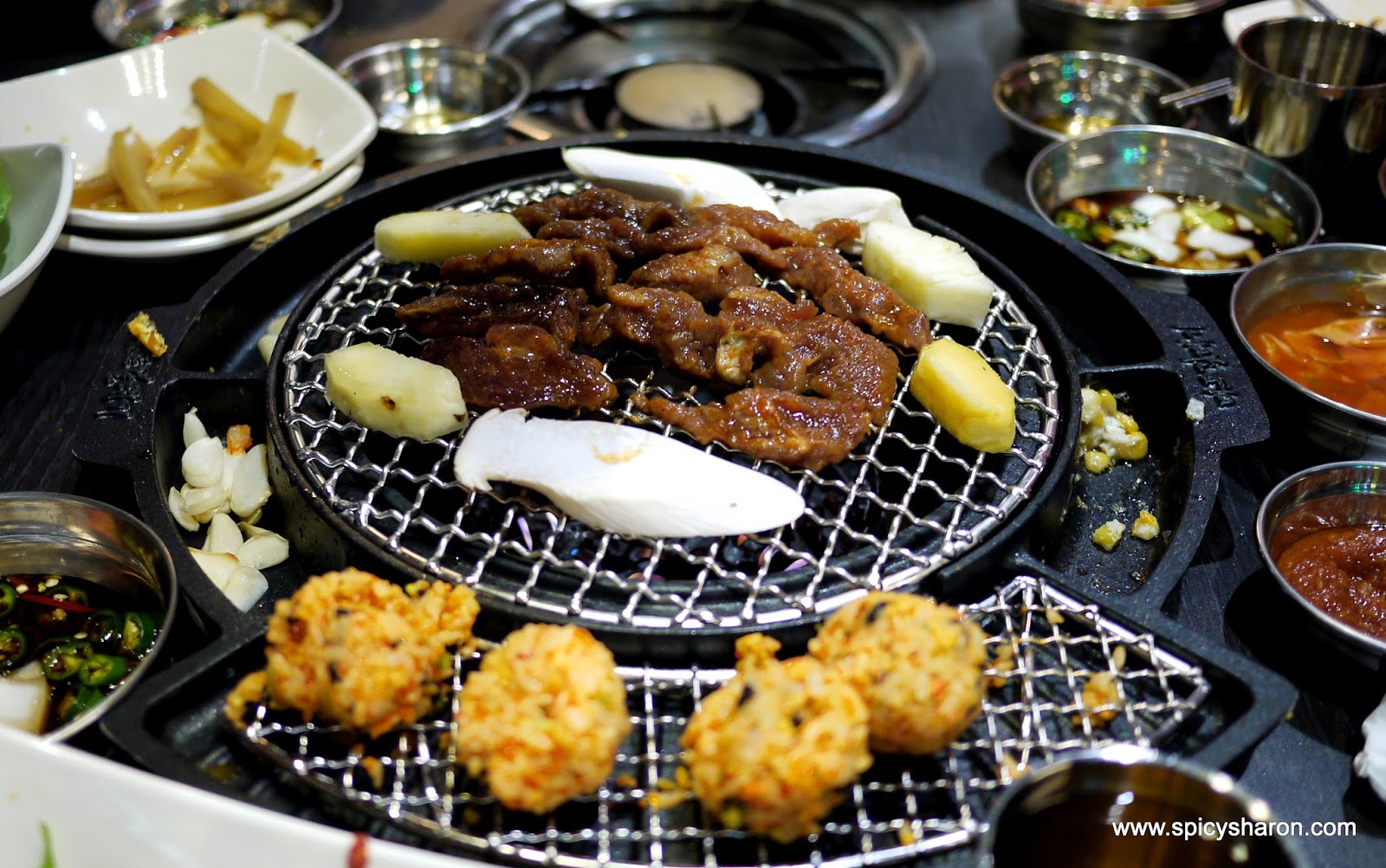 Also part of the set, was this Military Stew.
Sadly though, with grave amounts of chili pepper (or cili padi) in the stew, I really couldn’t stomach much. Fiery! It was a hearty dish for a rainy night nevertheless. 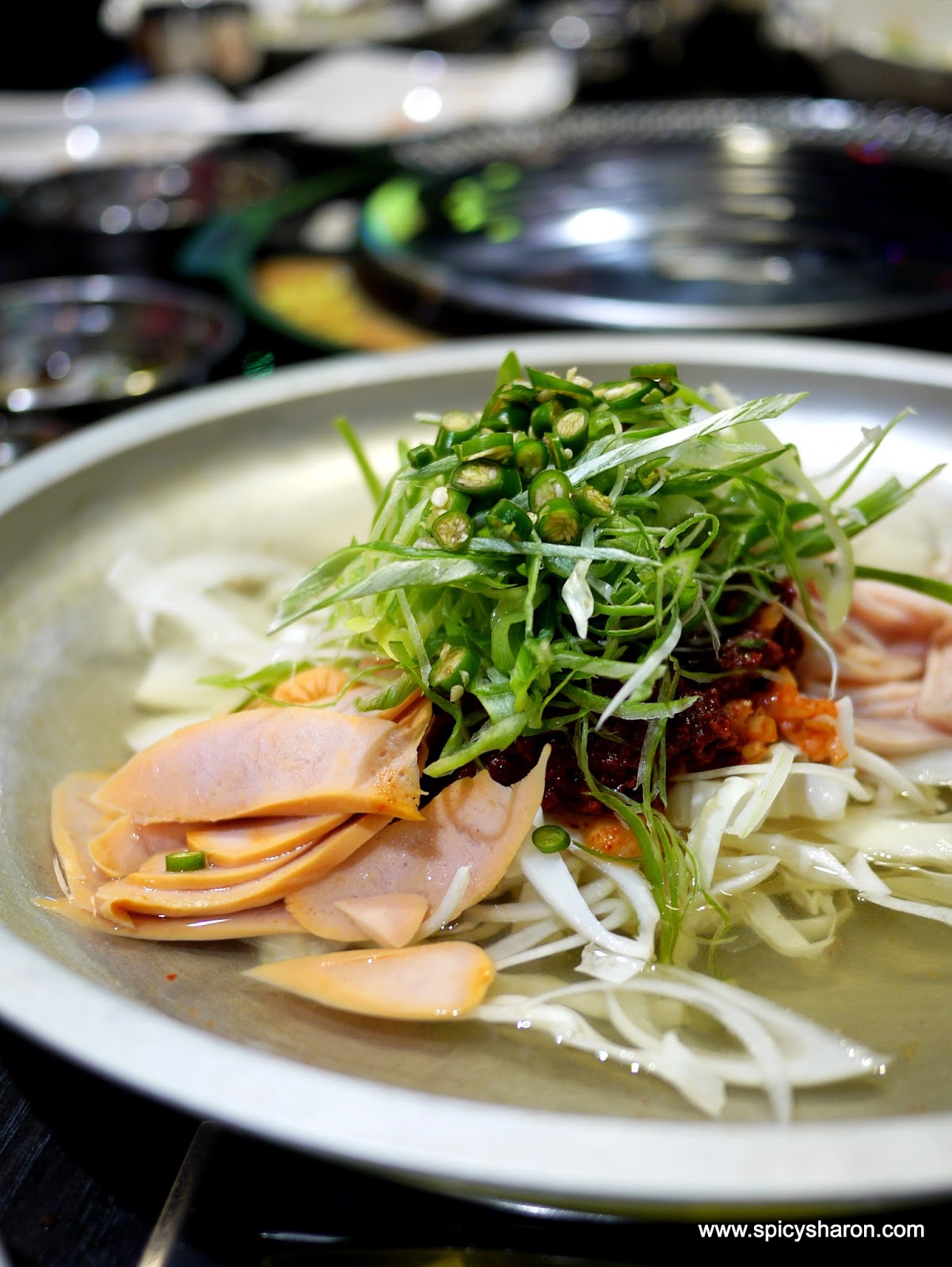 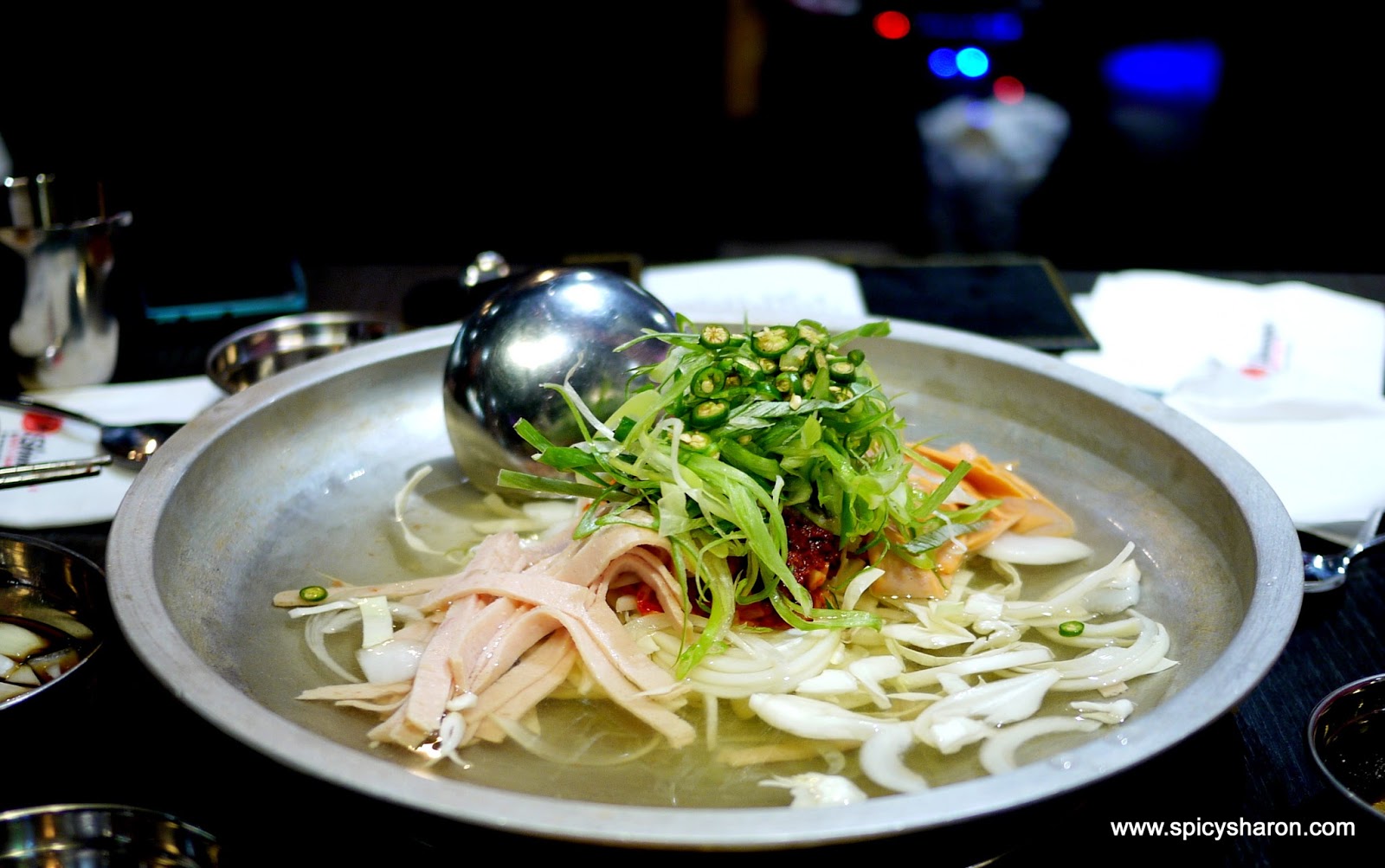 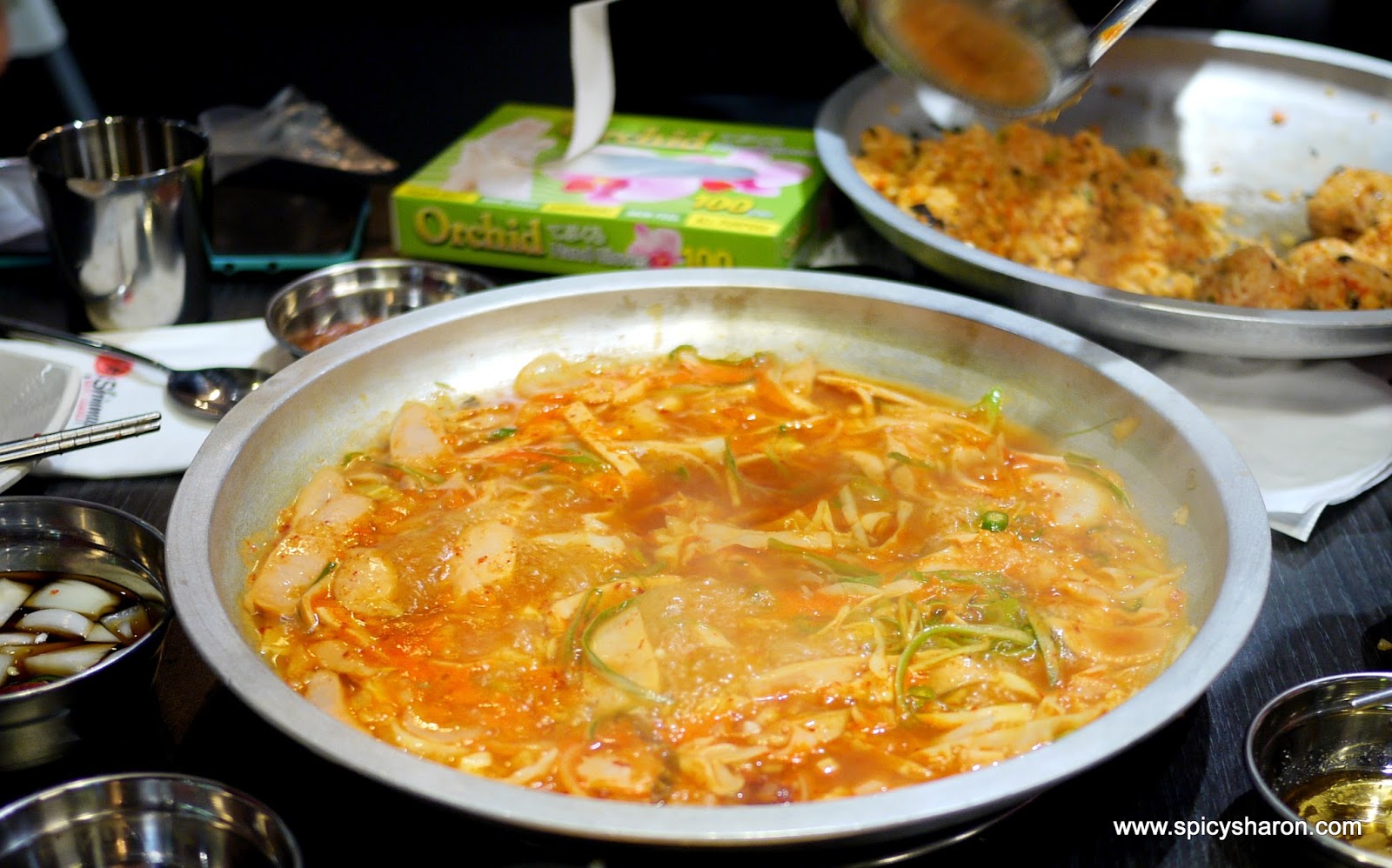 We had two extra add-ons to our meal, one being this Fist Rice (RM22).
A simple dish of rice in gochujang sauce, chopped crabmeat, cucumber, ebiko and seaweed. Once mixed, it was then be moulded into individual rice balls by hand. For me, taste wise, it really wasn’t as good as the one I had at Sae Ma Eul, Solaris Mont Kiara. 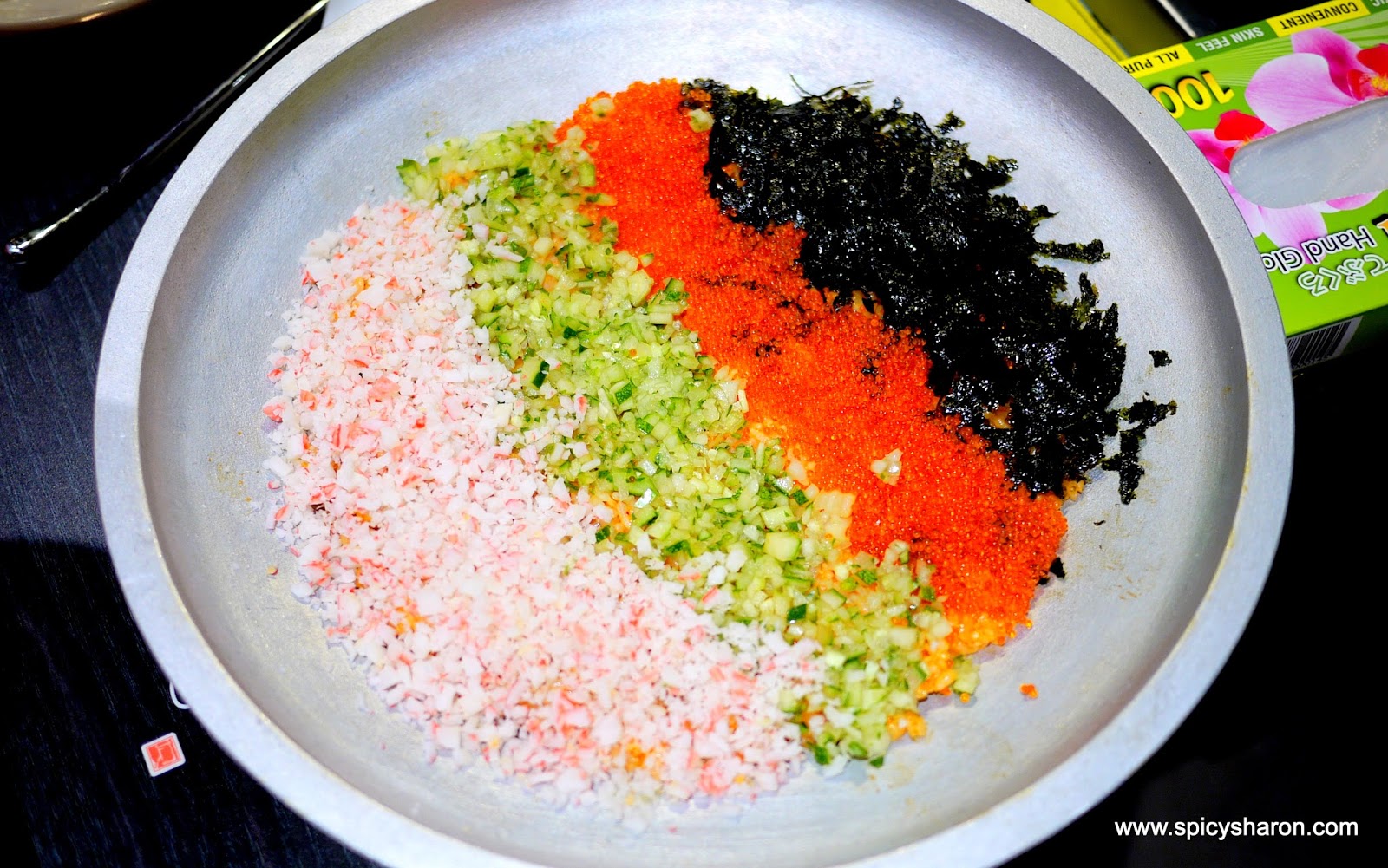 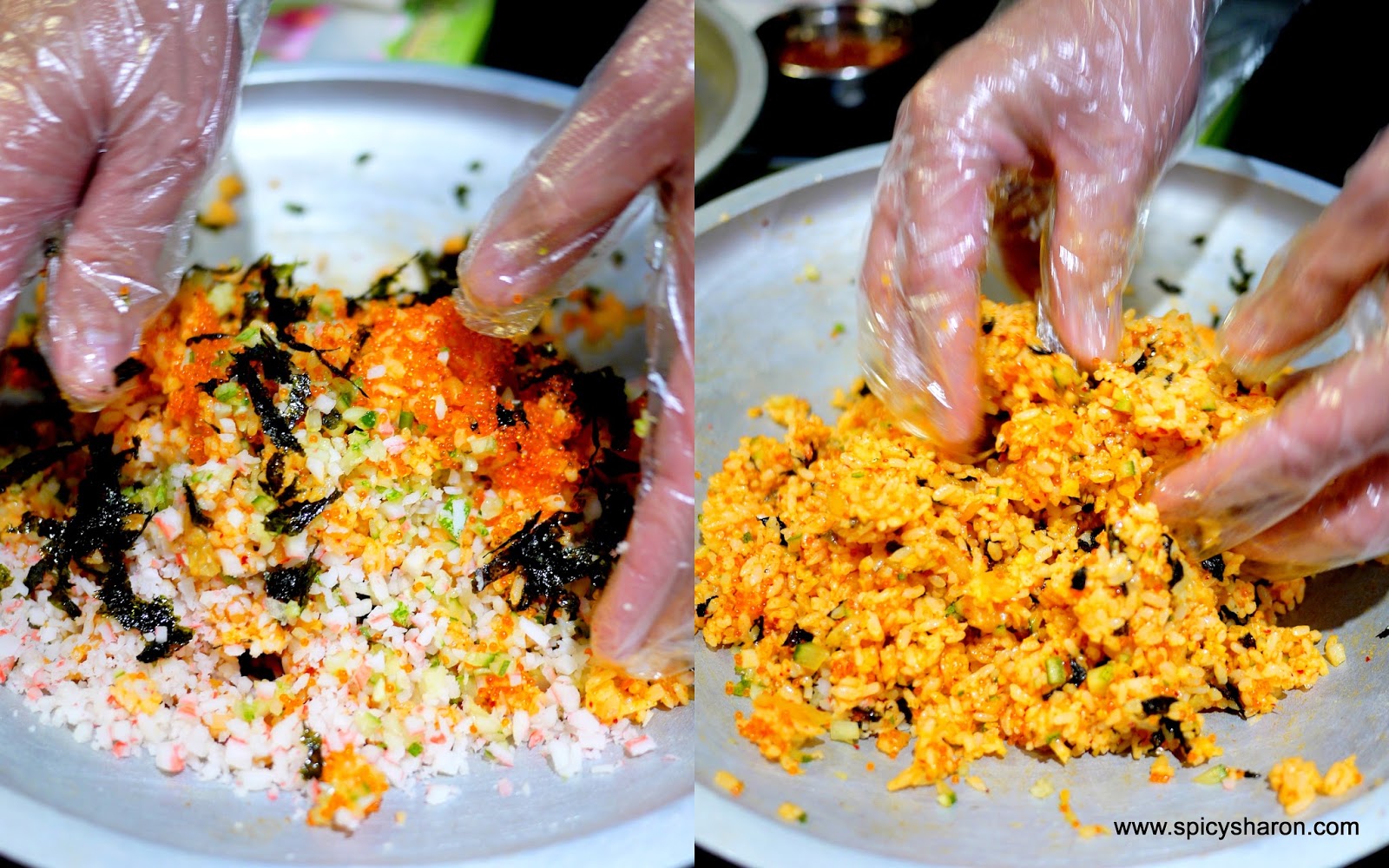 The other add-on we had was this Volcano Fried Rice (RM25), also the most social media popular dish here. Interesting!
The rice came with bits of meat in it, alongside kimchi infused spicy sauce, topped with shreds of seaweed, and not forgetting the lava-oozing scrambled eggs. The charred and crispy bits at the bottom was the bomb! 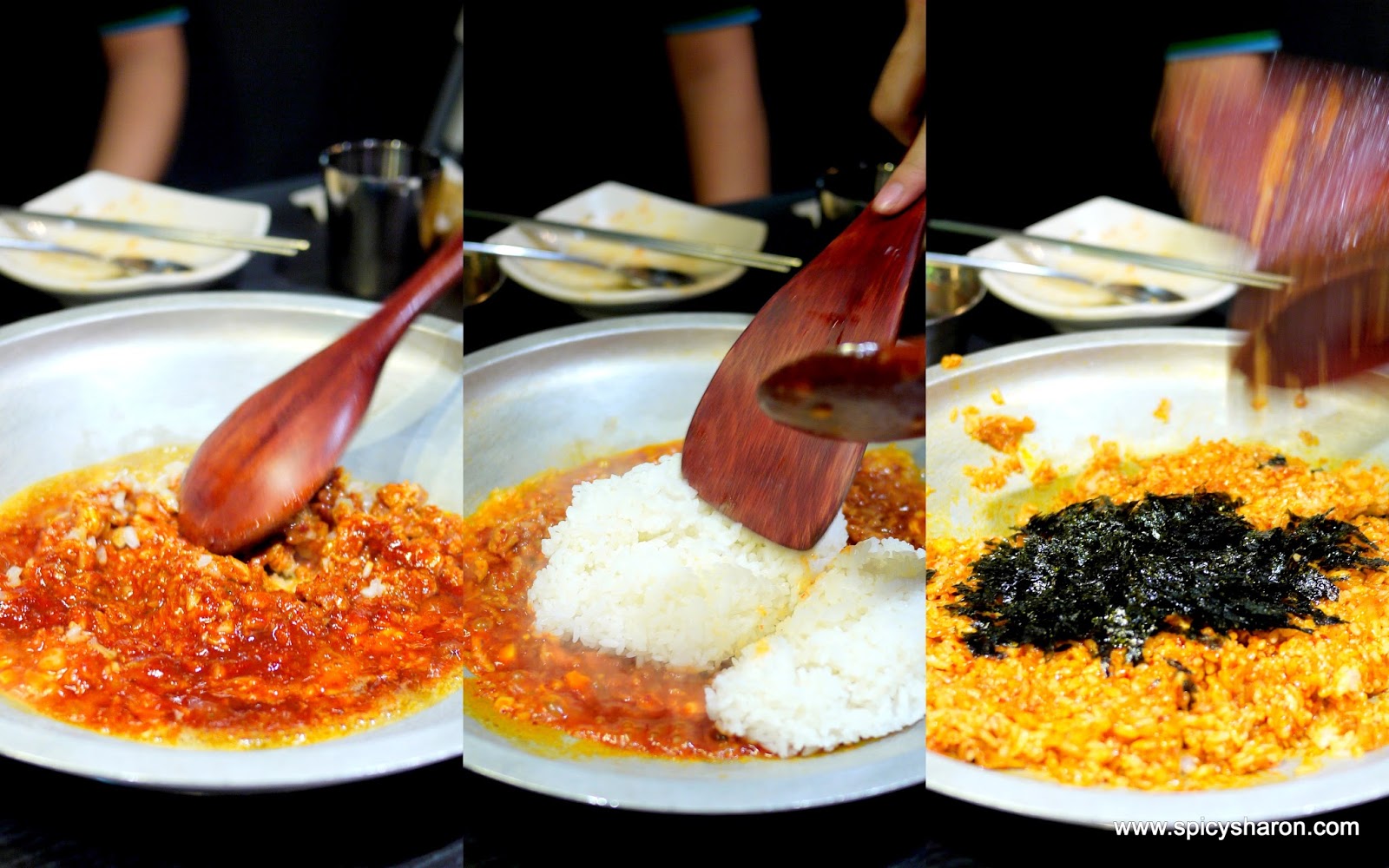 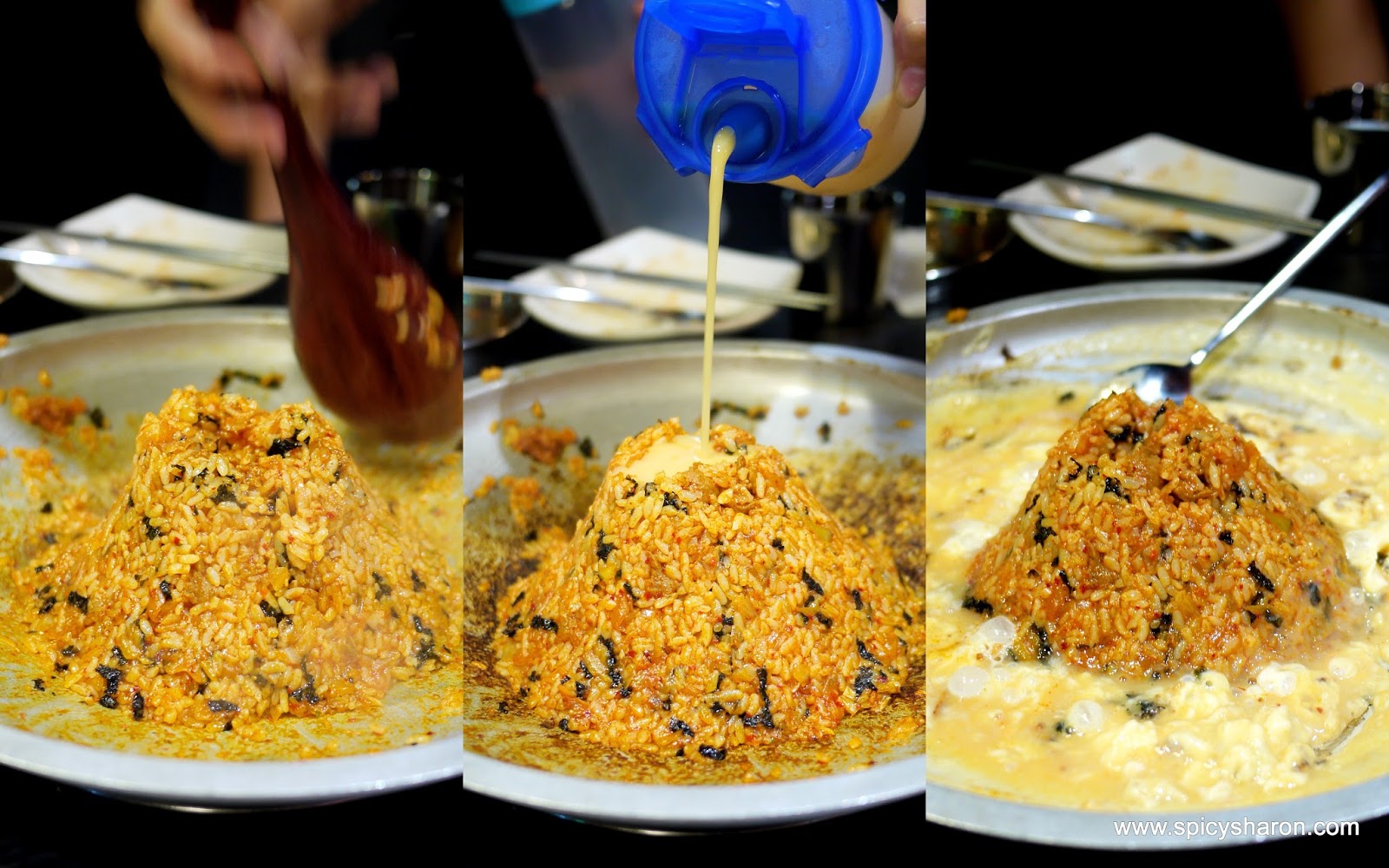 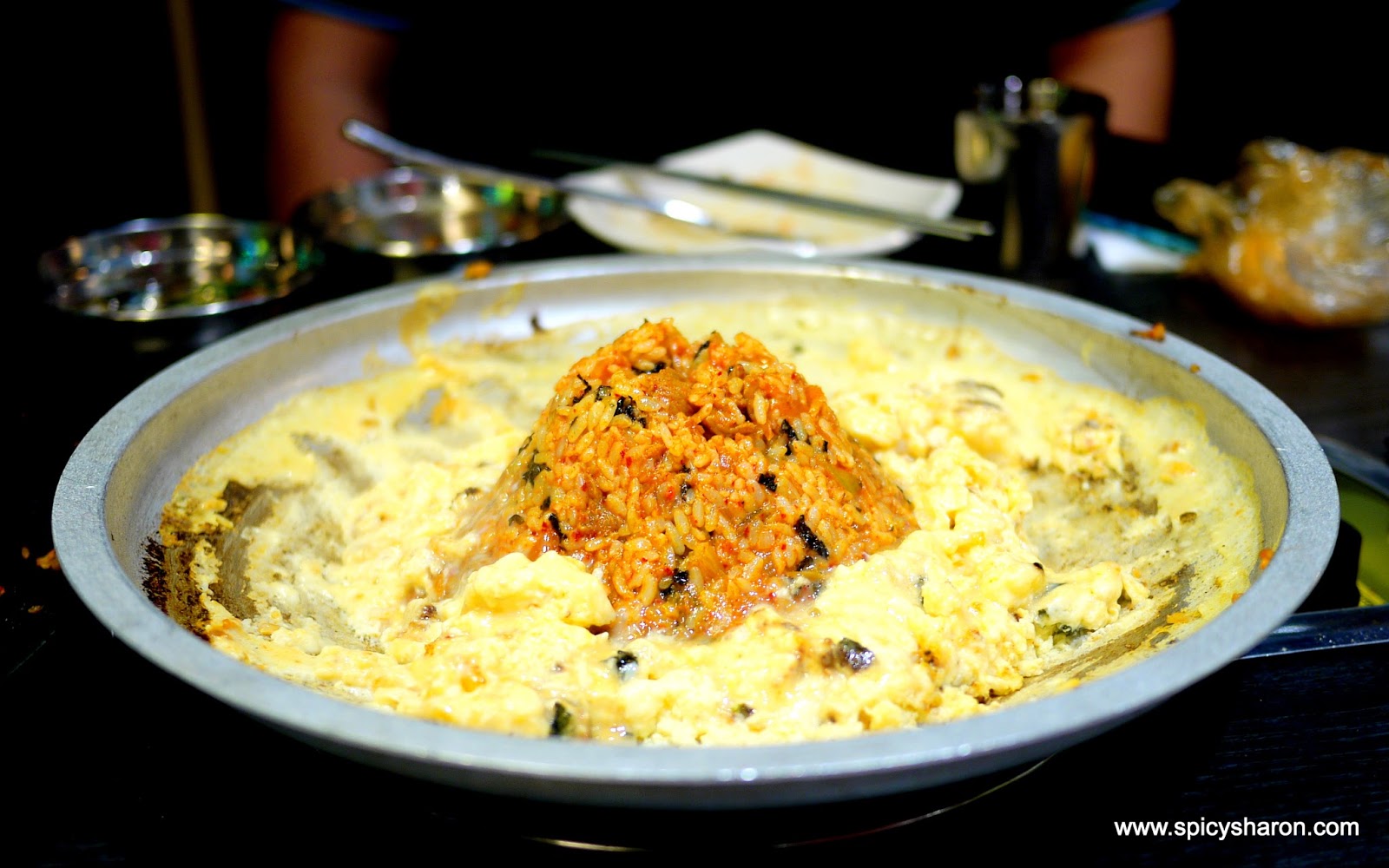 In addition to that, we also shared a serving of Kimchi Jiggae (RM25), simply because my friend couldn’t leave without ordering her favorite kimchi soup.
The soup tasted a little more subtle compared to the overly fiery military stew I had earlier. Though still spicy, I really enjoyed the soup, which came with plenty of pork belly meat hidden beneath. 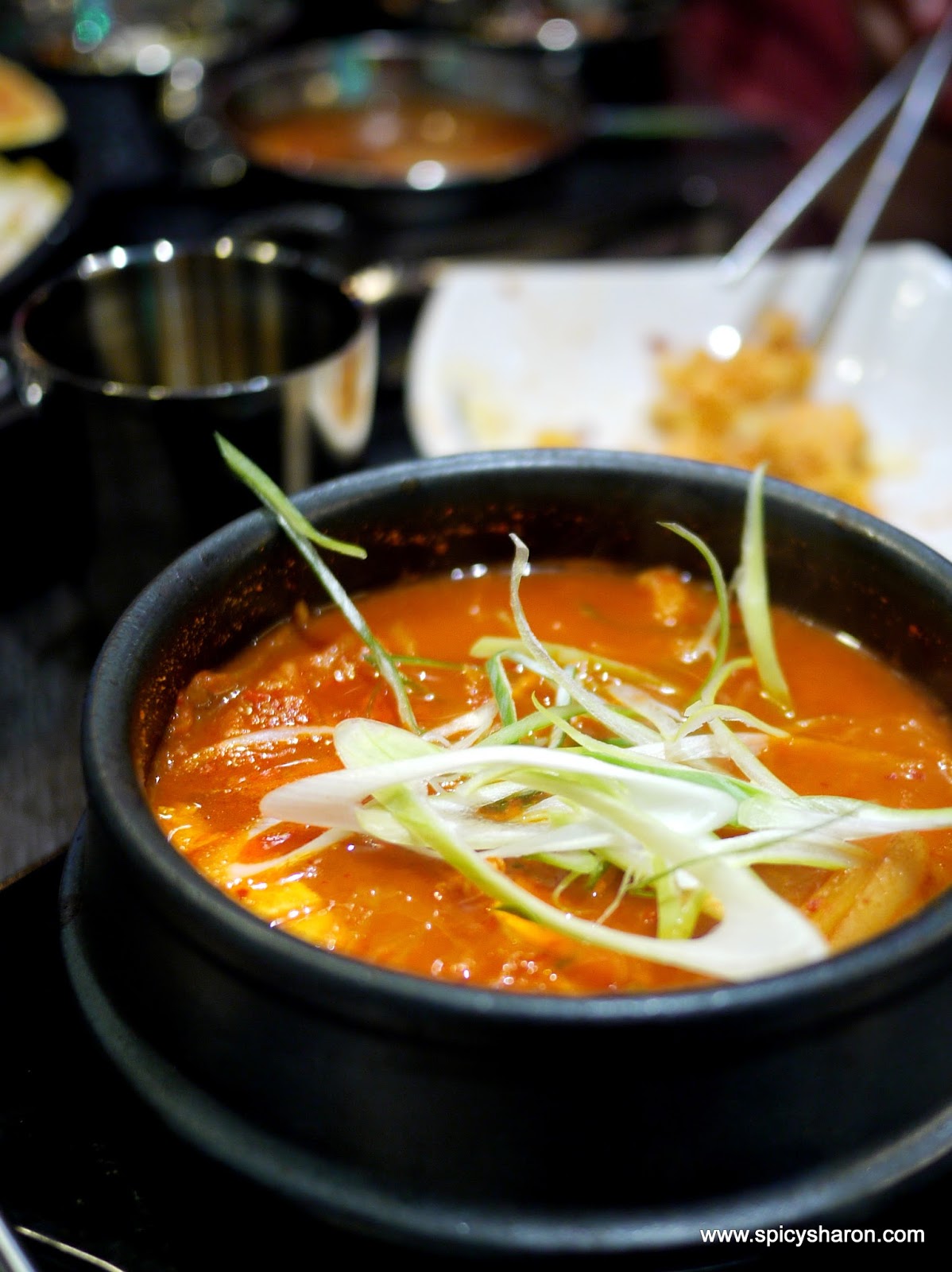 Before I forget, this was our dessert before dinner, at Naj & Belle.
The slice of Watermelon Cake (RM14.80) was delectable, and undeniably the most popular dessert in their menu. The layer of watermelon wedged between chiffon and cream was juicy yet refreshing, topped with strawberries and lychee. Must try! 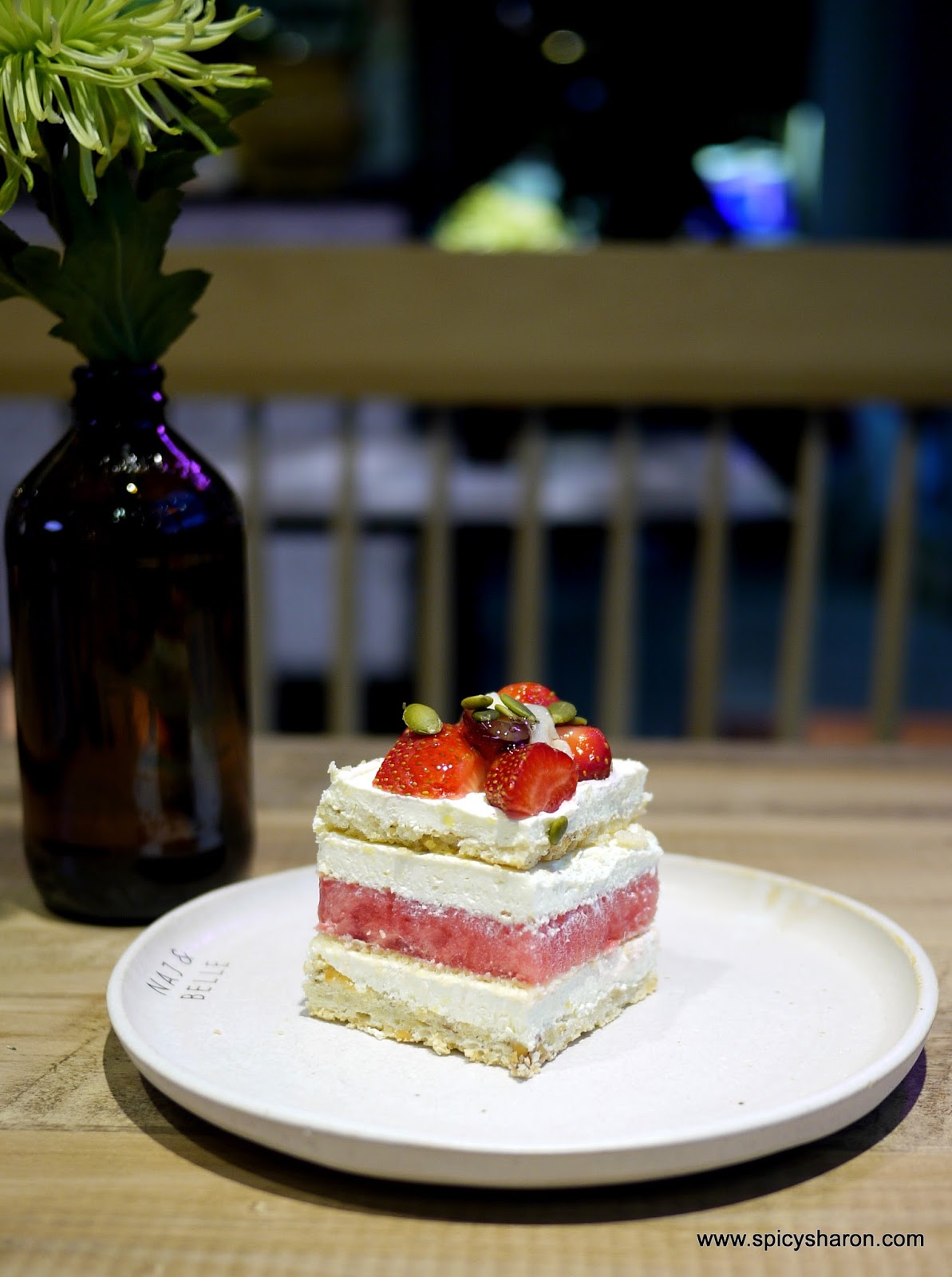 Overall Rating: 8/10. In my very humble opinion, it was worth the hype. My Korean feast was fabulous – my friends thought so too. All in all, the barbecued meats were very well marinated and the volcano fried rice was an interesting touch to the overall meal. I’d highly recommend the Shinmapo Ultimate Set and the Volcano Fried Rice. Despite the praises, I don’t think I will return anytime soon, not until the hype dies off. Come on… 2 hours? 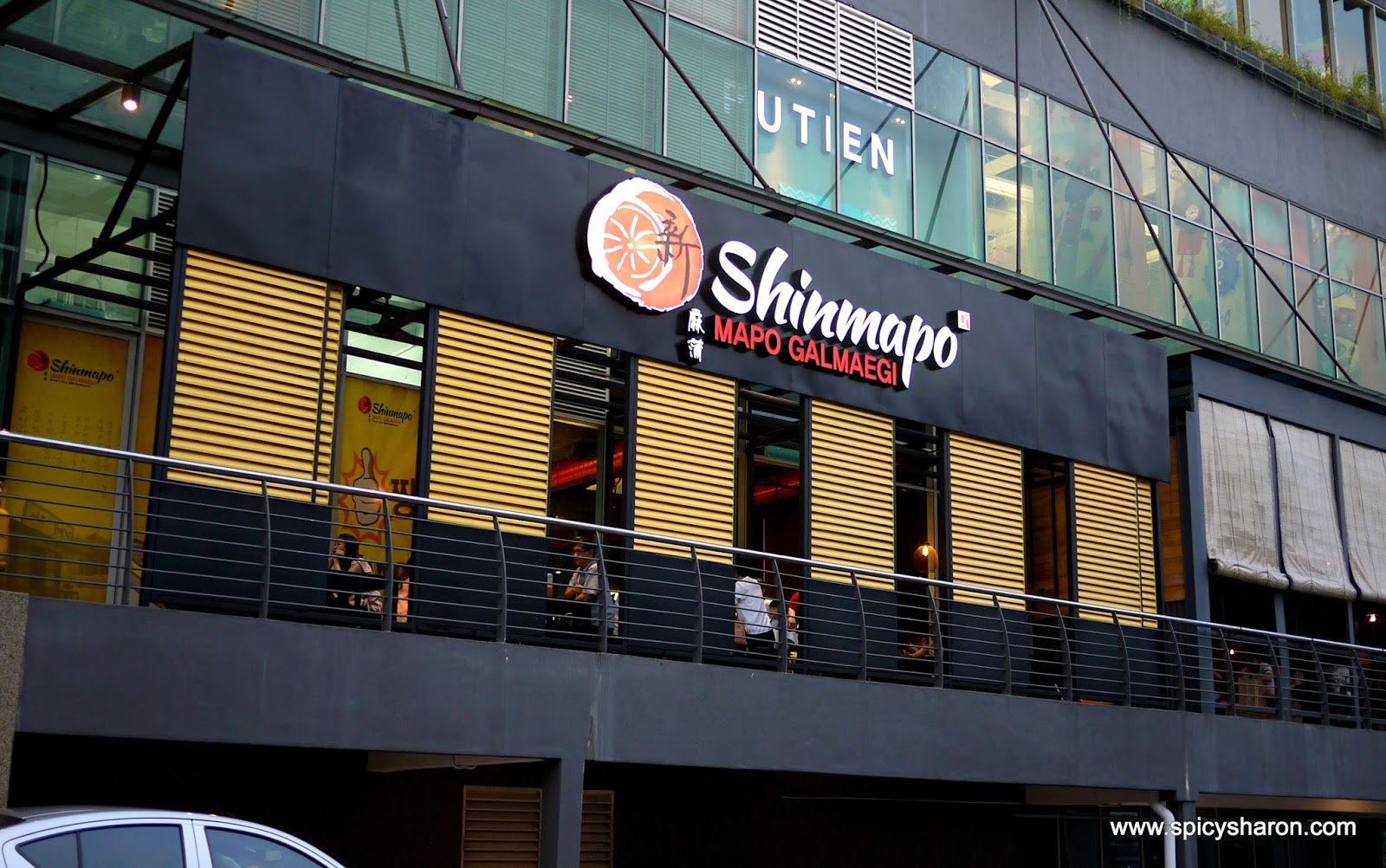 Chicken Up @ Subang Jaya KL – Up Or Down?