I had one of the best moussaka – ever, at a food festival in Australia. An exotic Greek dish which is obviously unfamiliar in Malaysian shores. There are not many restaurants in the Klang Valley that serves authentic Mediterranean cuisine. Henceforth, I’ve been on the lookout ever since.

The first time I heard about Moussandra, was on its legendary moussaka. Thus, I was obliged to pay the restaurant a visit. That was some time back in 2011, when it was still located at the aged-old KL Plaza. You can read about my previous review Here.

I’m so glad that they have since relocated to Publika last year. Therefore, much more accessible for me. Was it still as good as before though? 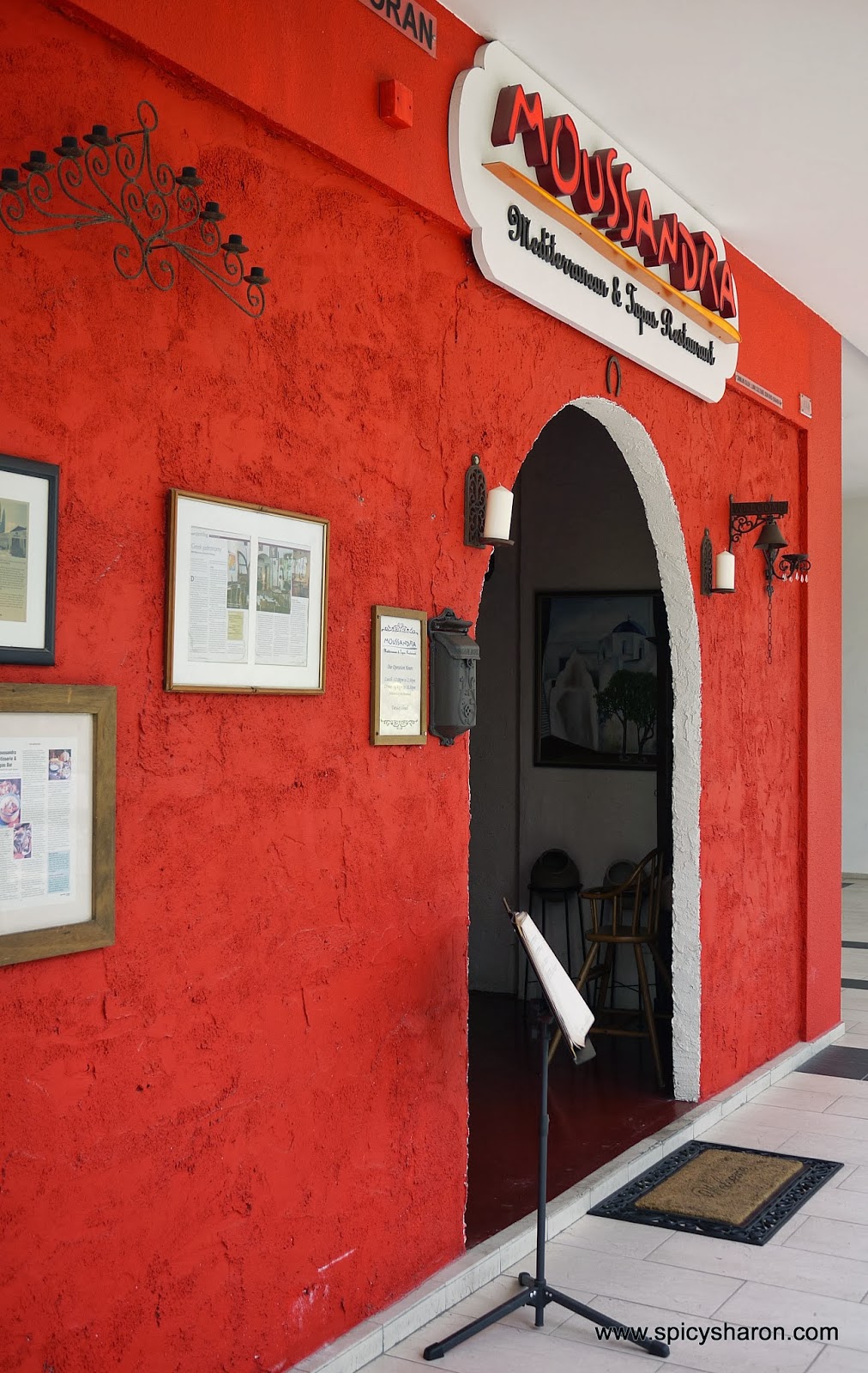 Once I stepped into Moussandra, I realized – nothing much has changed. The place retained that cozy, rustic and classical appeal that exudes plenty of character – like what it was before. Minus the humongous candle that used to be the centerpiece of the restaurant.

If you’d also wonder if its the same old man who runs the place, the answer is yes. And he’s still carrying trays with sturdy hands. 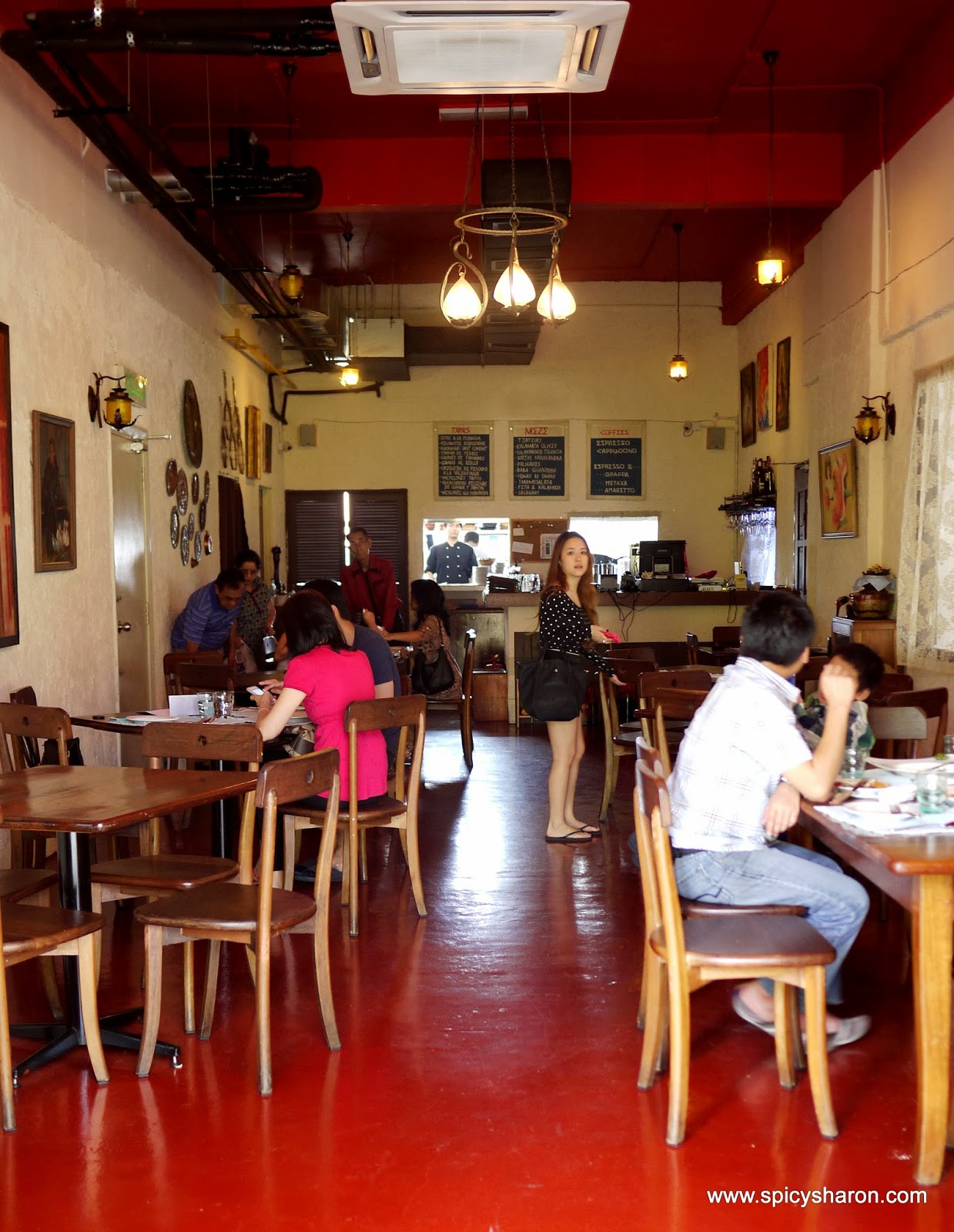 As soon as we were seated, we were served with a glass of water – great! Upon recommendation, we had a go at one of their tapas first.
Spinach with Pine Nuts. Rm14. 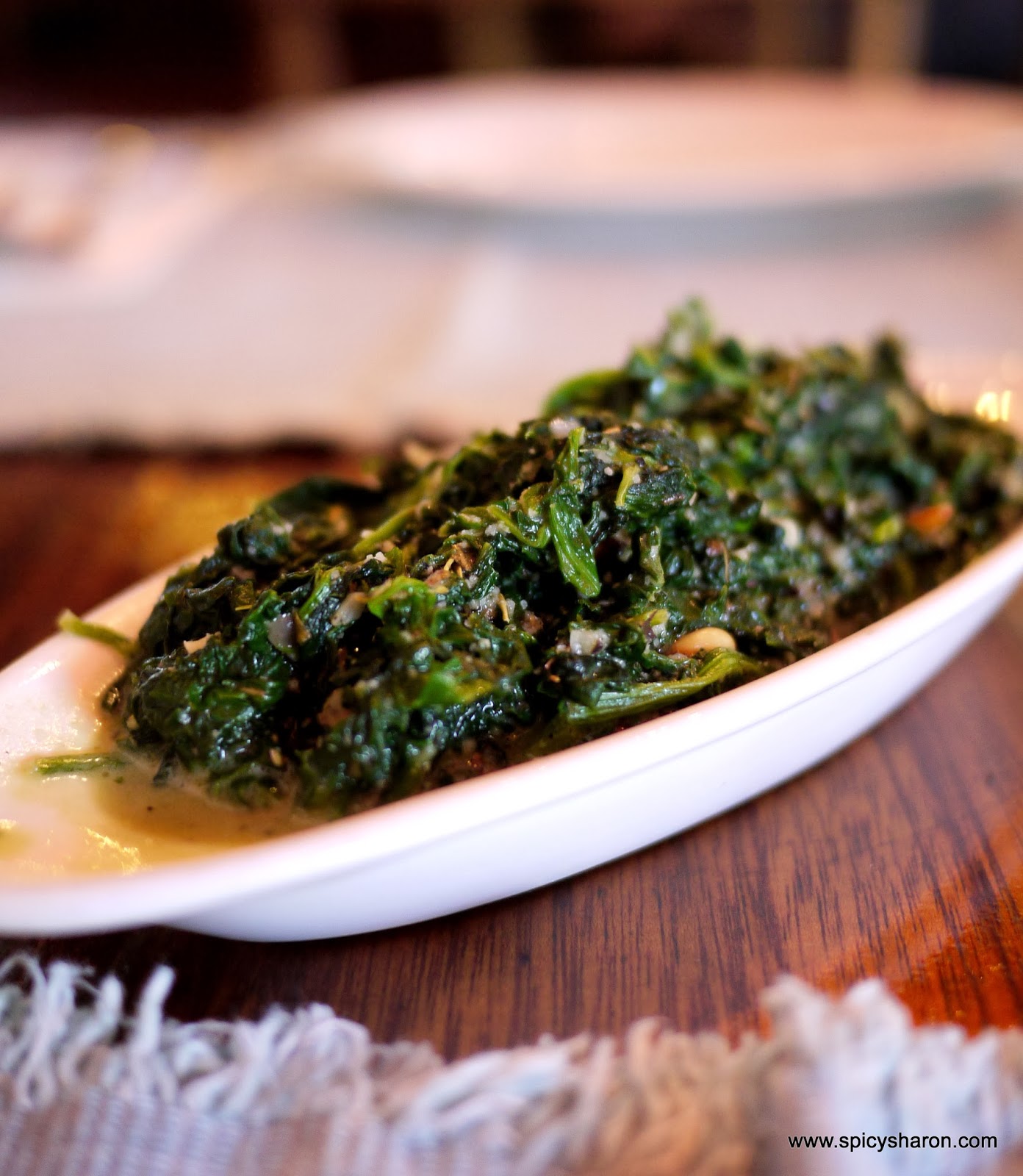 A simple, Spanish inspired dish of spinach and crushed pine nuts in a mildly savory sauce. This tasted quite good. Though it’d be nice to drop a couple of whole pine nuts on top to add. 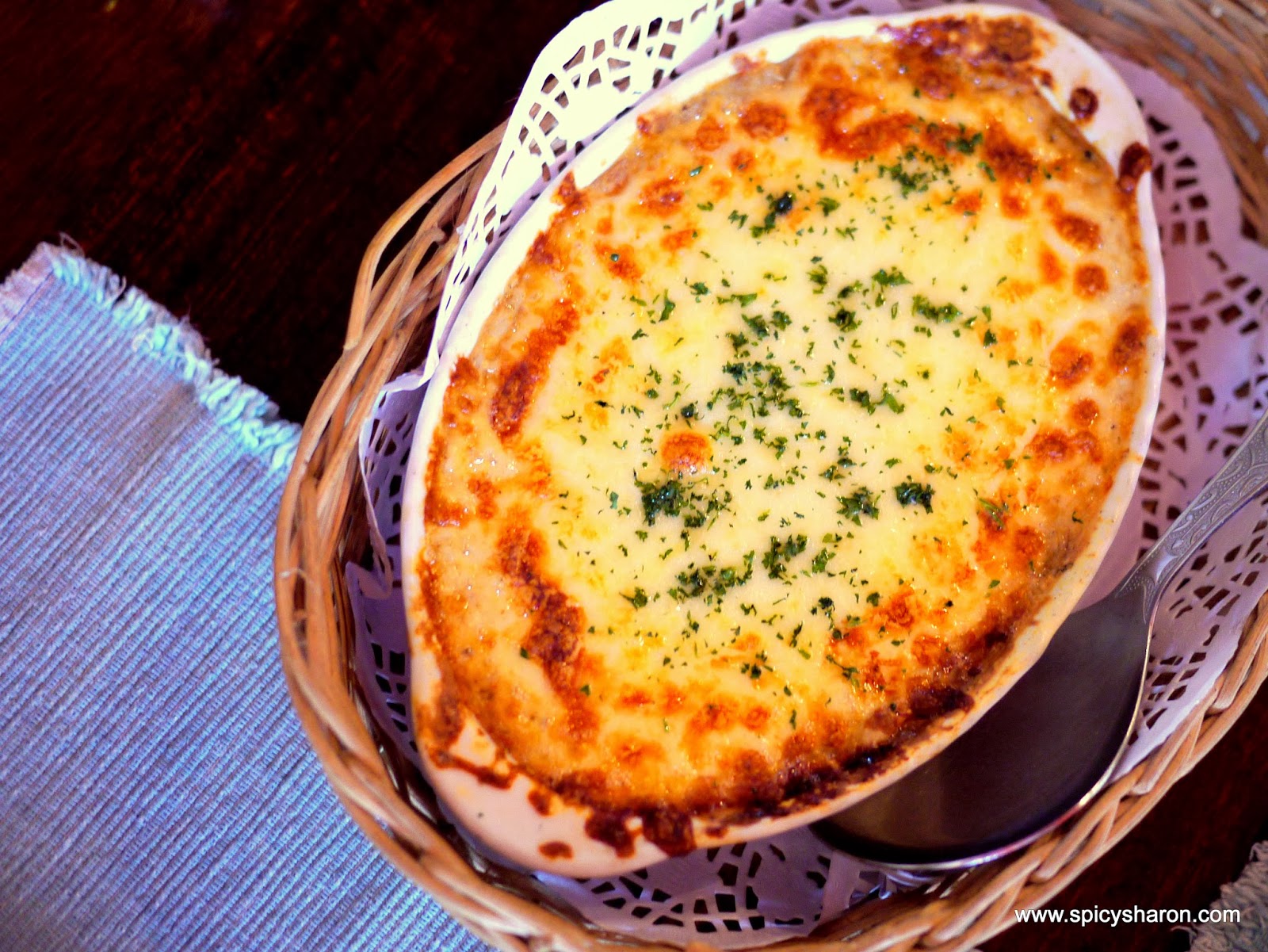 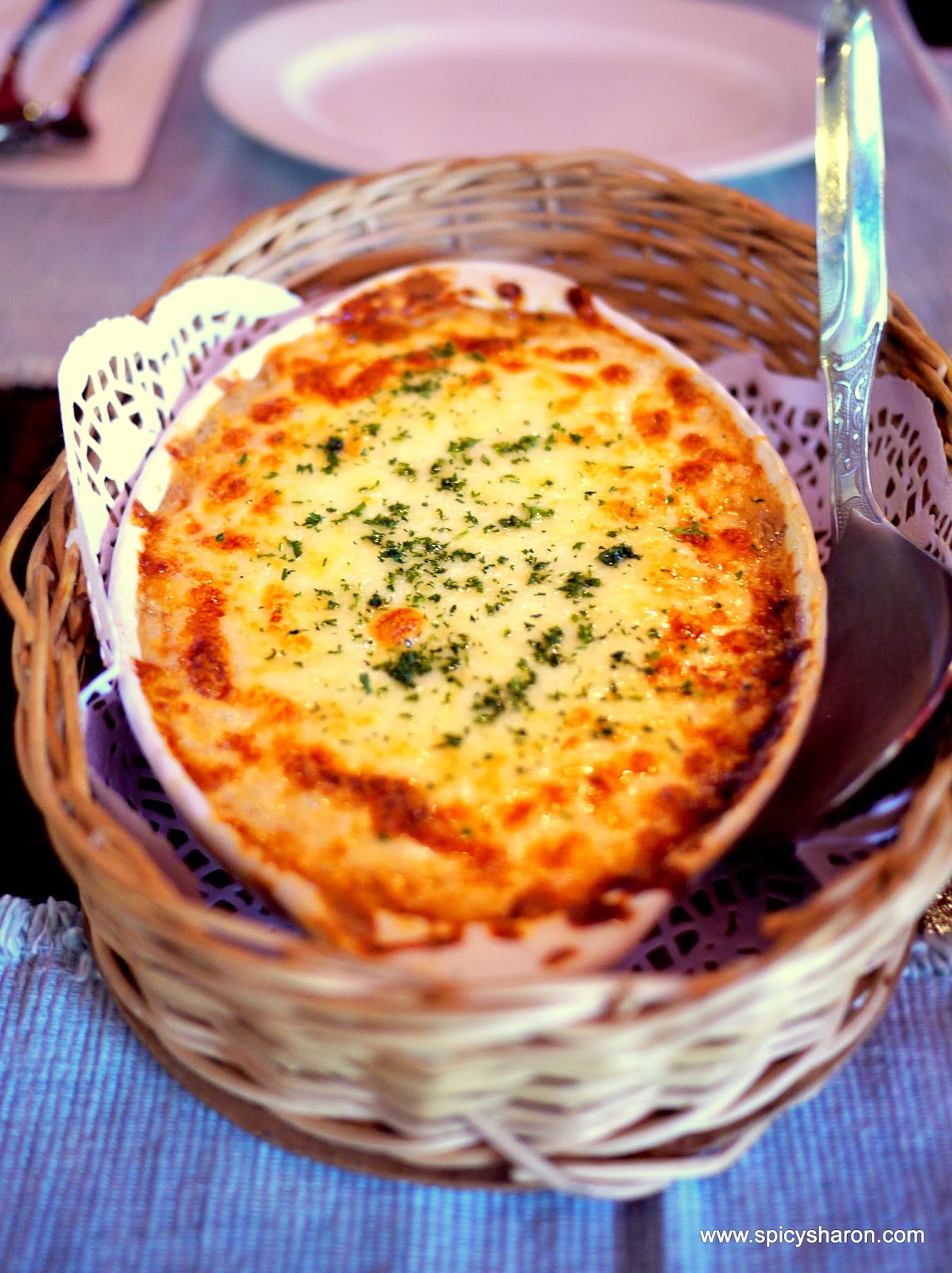 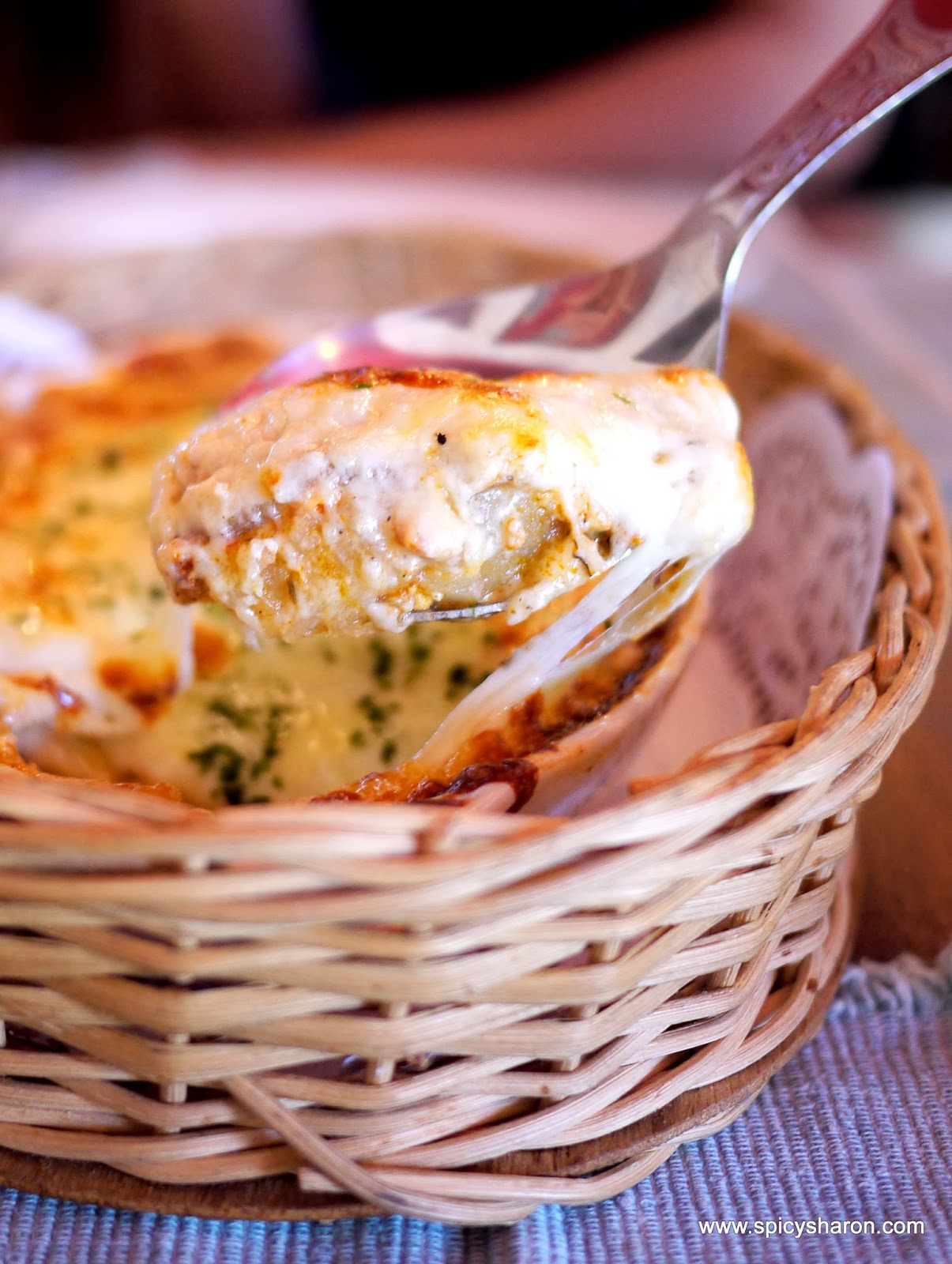 Everyone who comes to Moussandra, orders this – moussaka, a traditional Greek dish.

For those who have not had the pleasure to sample moussaka, it’s similar to lasagna, minus the pasta. There is also a lamb version in their menu. Both portions are meant to be shared.

Baked to a golden brown color and with just the right textures, the cheese was a gooey pleasure to devour. Beneath – chicken, eggplant and potatoes layered with bachamel sauce and gratinated cheese. I could barely taste the chicken, but we polished this off as soon as it was placed on the table.

I was longing for a slice of baguette or some Mediterranean bread halfway through my meal. That would do great in neutralizing the richness of the cheese. 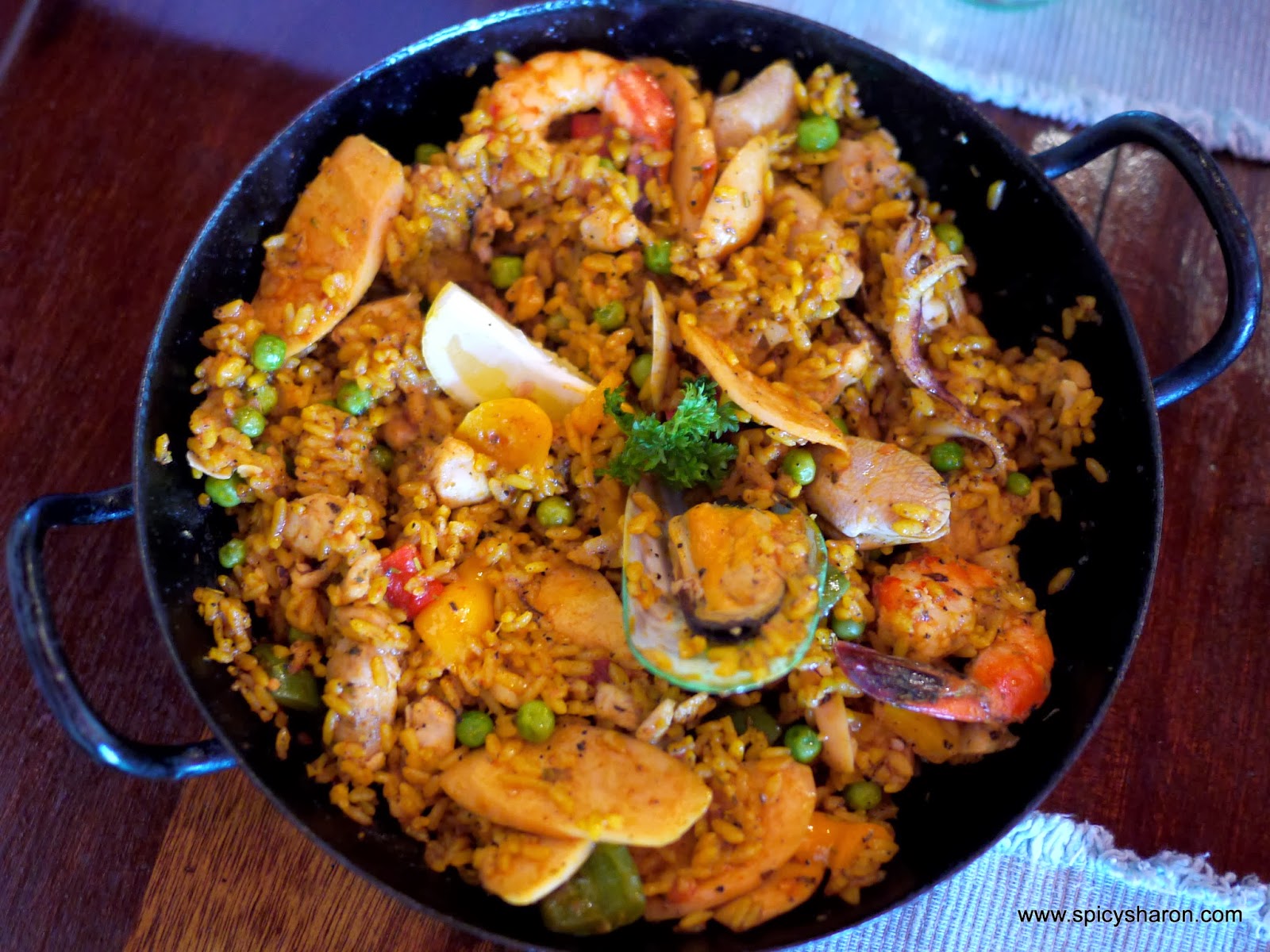 A glorious serving of Spanish seafood paella.
Saffron flavored rice with squid, clams, fish, prawns, mussels, chicken, chicken sausages, red peppers, peas and greens. Essentially the whole lots and portion came extremely generous too. The slightly sticky spiced rice had a nice charred and smoky flair to it. Moussandra’s version was flavorful all in all, or what the owners call it – nasi goreng kampung.
Aglio E Olio. Rm20. 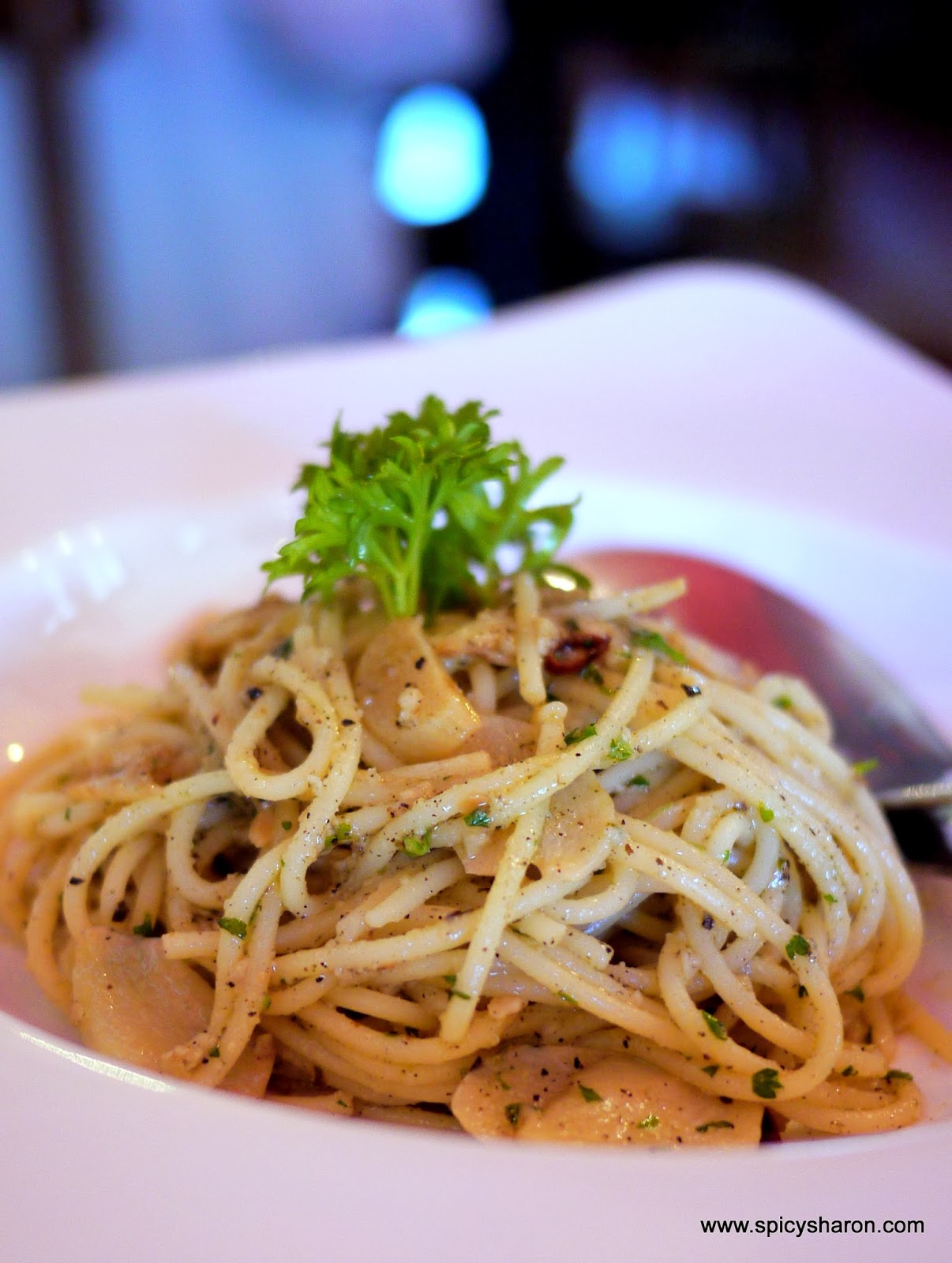 Stepping aside from the exotic Mediterranean dishes, I’m now bringing you to Italy.

We ordered a serving of Aglio E Olio to share and I’ve always preferred the garlic infused versions over the conventional Aglio Olio. Hence, Aglio E Olio. I’m sure you’ve learned something new today too!

This is the kind of dish that you’d be contented by just having the pasta, without any additions. A classic mix of spaghetti, doused with olive oil, garlic and chili flakes. It was fragrant from the use of garlic, coupled with a hint of oomph from the chili flakes. I wouldn’t hesitate to order this again.

Overall Rating: 7.5/10. Despite being in the market for close to 20 years already, Moussandra still oozes that homey appeal that is lacking in many family-run restaurant nowadays. Food is still as good as before and I would definitely revisit.