A little too soon for another steamboat post you’d say. I thought so too. But this calls for an exception. Curry steamboat!
聚一堂 G-Yitang Hong Kong Dim Sum
What an odd name for a restaurant you’d ask? It is in fact a direct translation from Chinese, interpreted as – gathering or camaraderie.
G-Yitang opened its doors in 2012, specializing in Hong Kong Dim Sum, mainly catering to neighbourhood peeps and diehard yum-cha enthusiast – like me!
They are now rolling out a steamboat menu!
Fret not, your daily dose of dim sum will still be available all day long. Whereas steamboat will only be made available from 6pm to 11pm only. The best time to enjoy a pot of simmering hot soup I’d think. 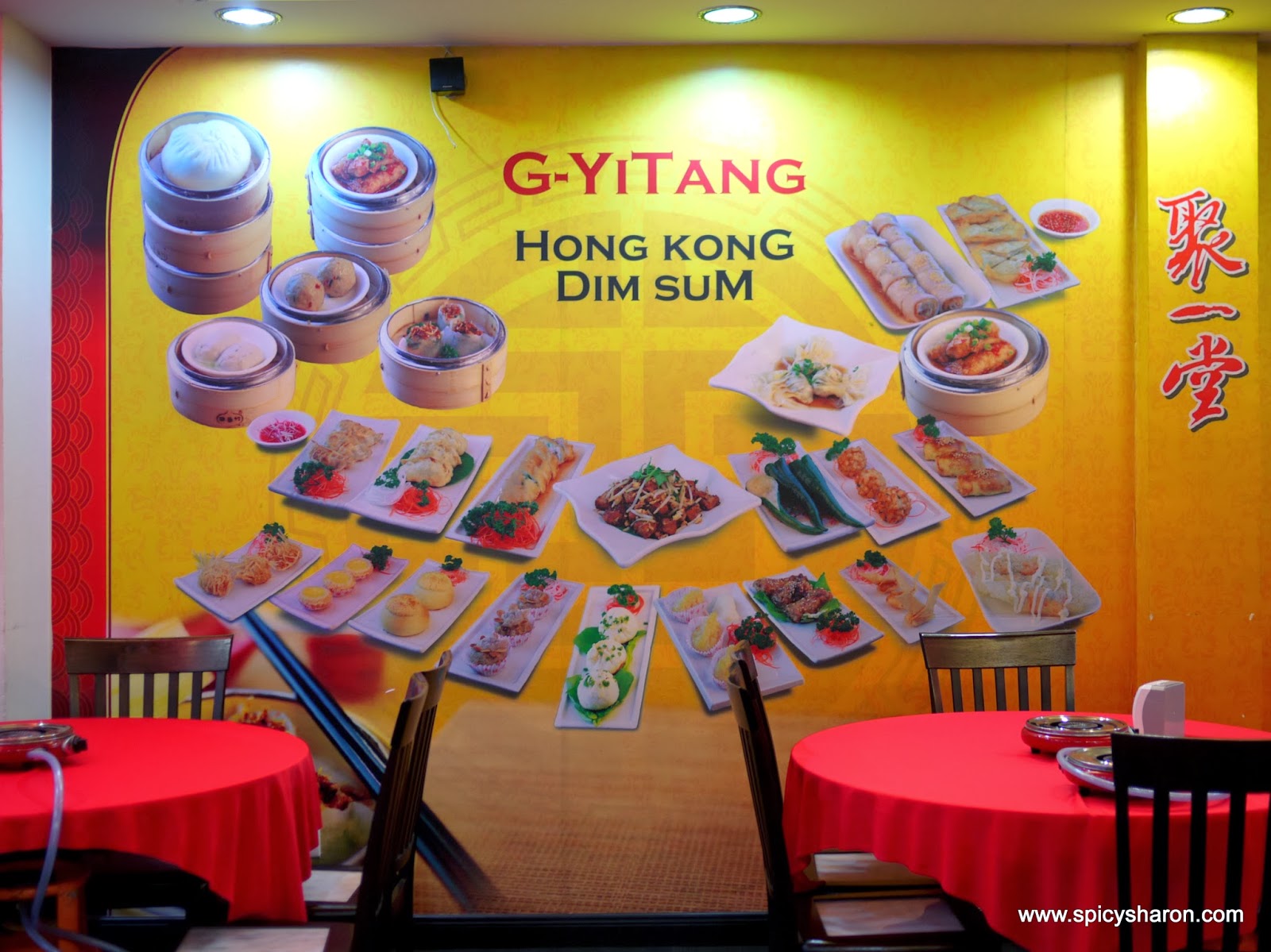 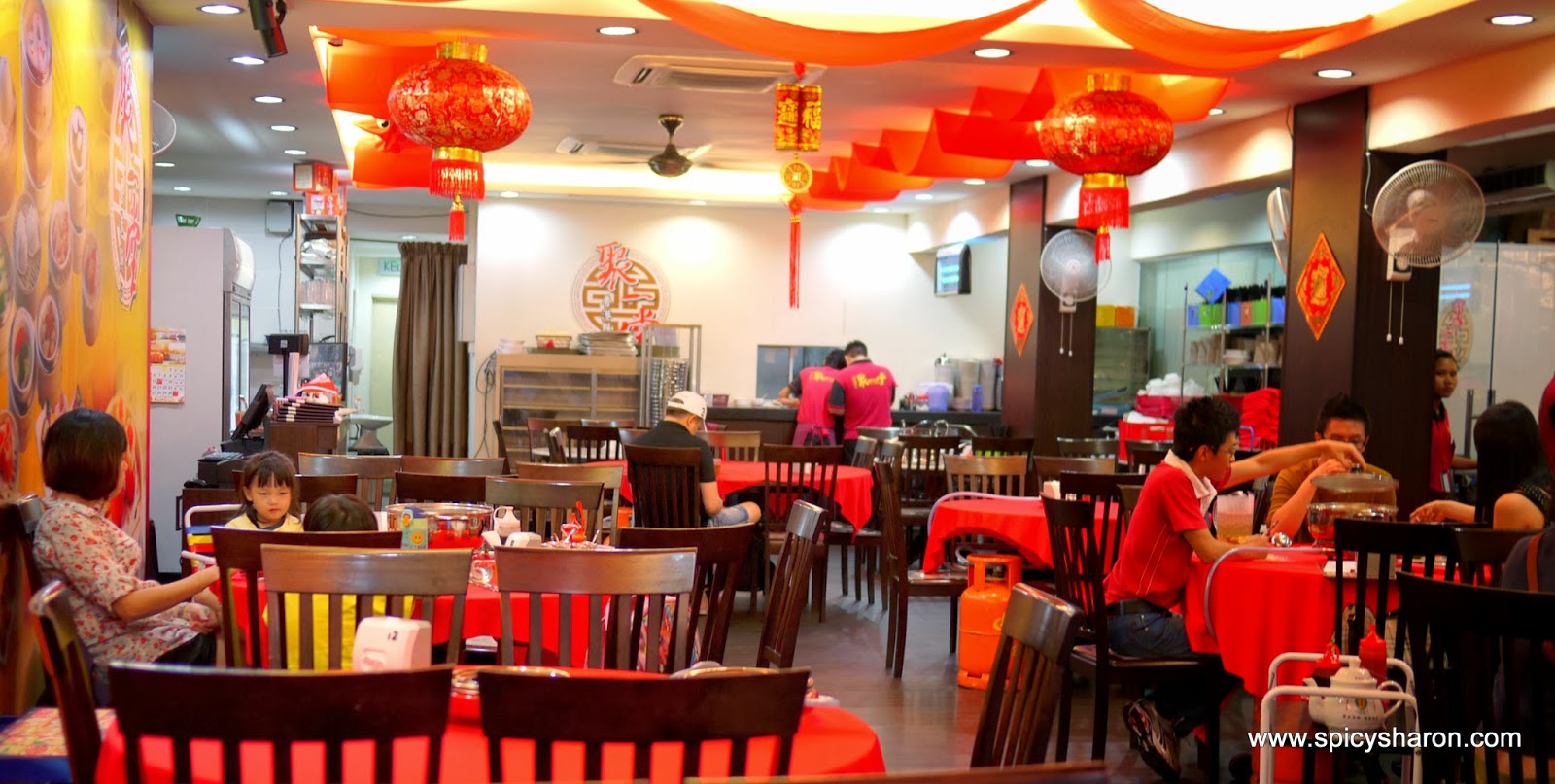 For those who don’t know Chinese, you may have problems reading the signboard – it’s in Chinese. But you shouldn’t have problems looking for the place. A brightly lit corner lot, right in front of Starbucks – you wouldn’t miss it. 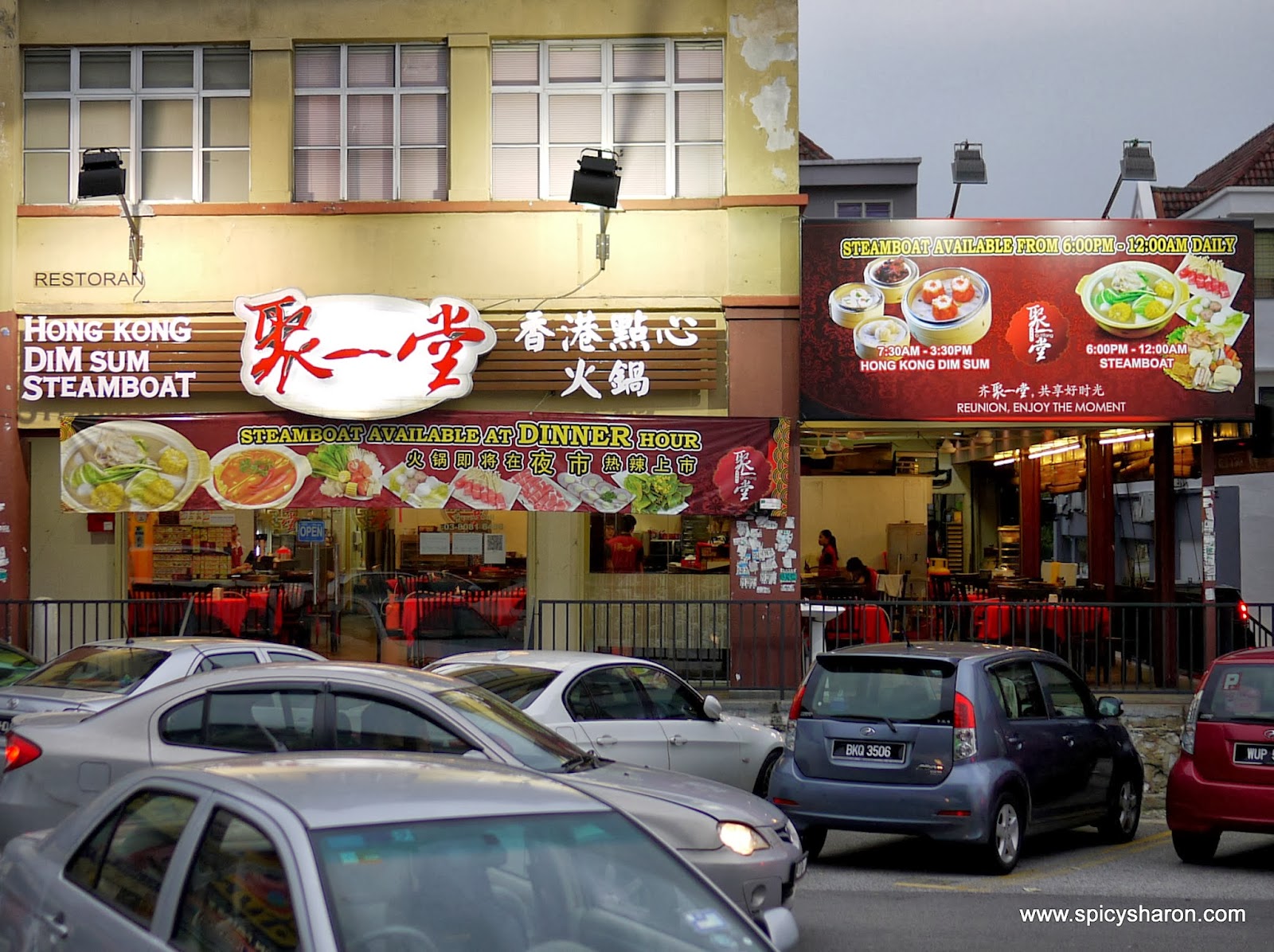 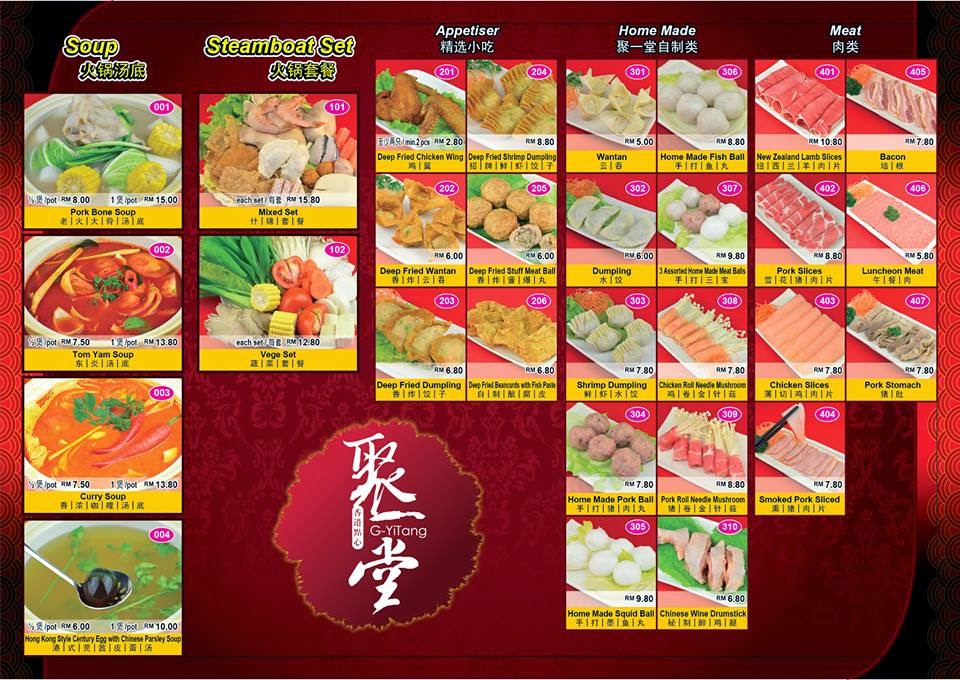 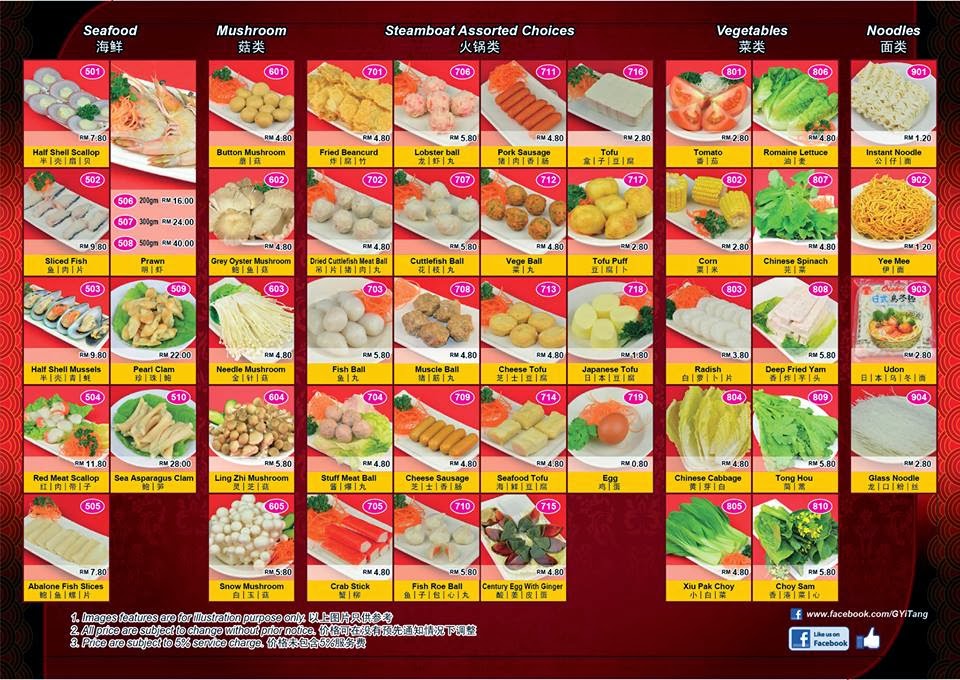 I was there that evening to sample their steamboat menu, along with a few other dim sum dishes. Let’s start with the soup base.

Soup. There are 4 types of soup base – pork bone, curry, tom yum and century egg and parsley. Their signature soup base would have to be the Pork bone soup, which broth was diligently prepared for a long 7-8 hours for maximum flavours.

On the other side of the pot, the curry soup base – that was a great idea. I fell in love with it on my first spoonful. Imagine slurping on Maggie curry, but more wholesome, and with loads of steamboat goodies to add. On a side note, I wonder how’d the century egg soup taste like. 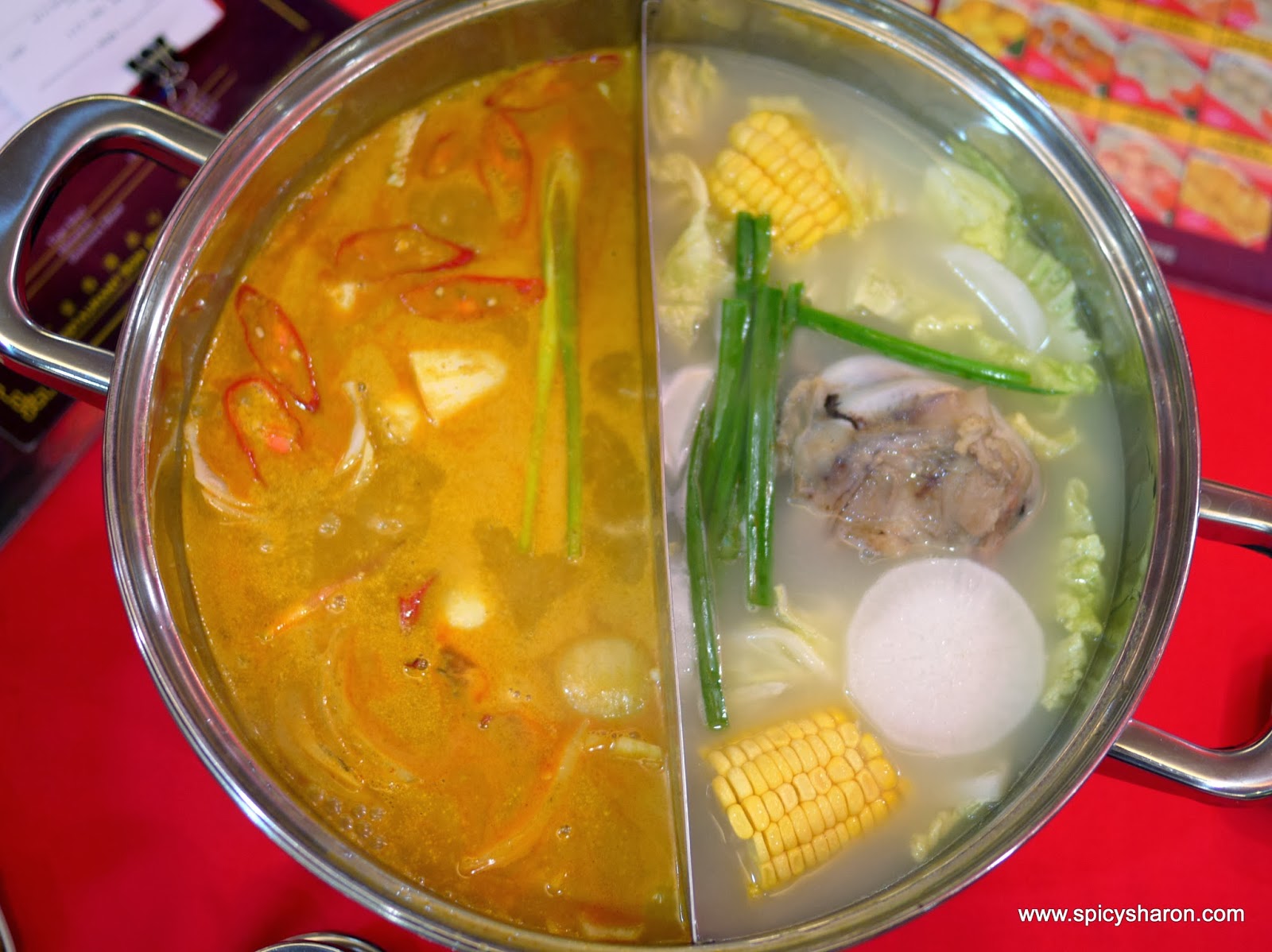 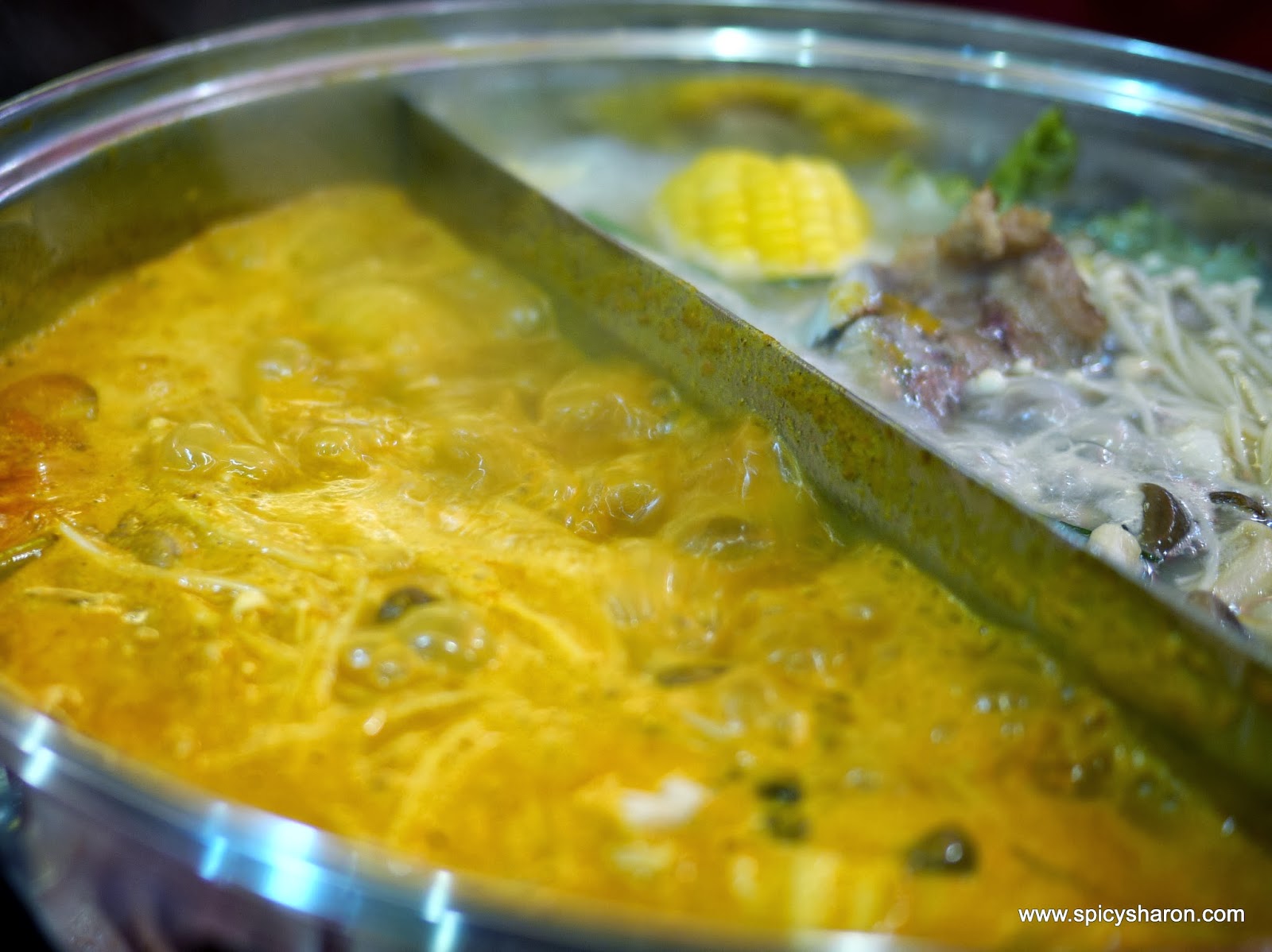 Meats. There are 7 types of sliced meats in the menu – New Zealand lamb, bacon, chicken, pork, smoked pork, luncheon meats and pork stomach.
Essentially a younger crowd favourite, it only takes about a minute for these sliced meats to cook. Dunk, Dip and Devour. 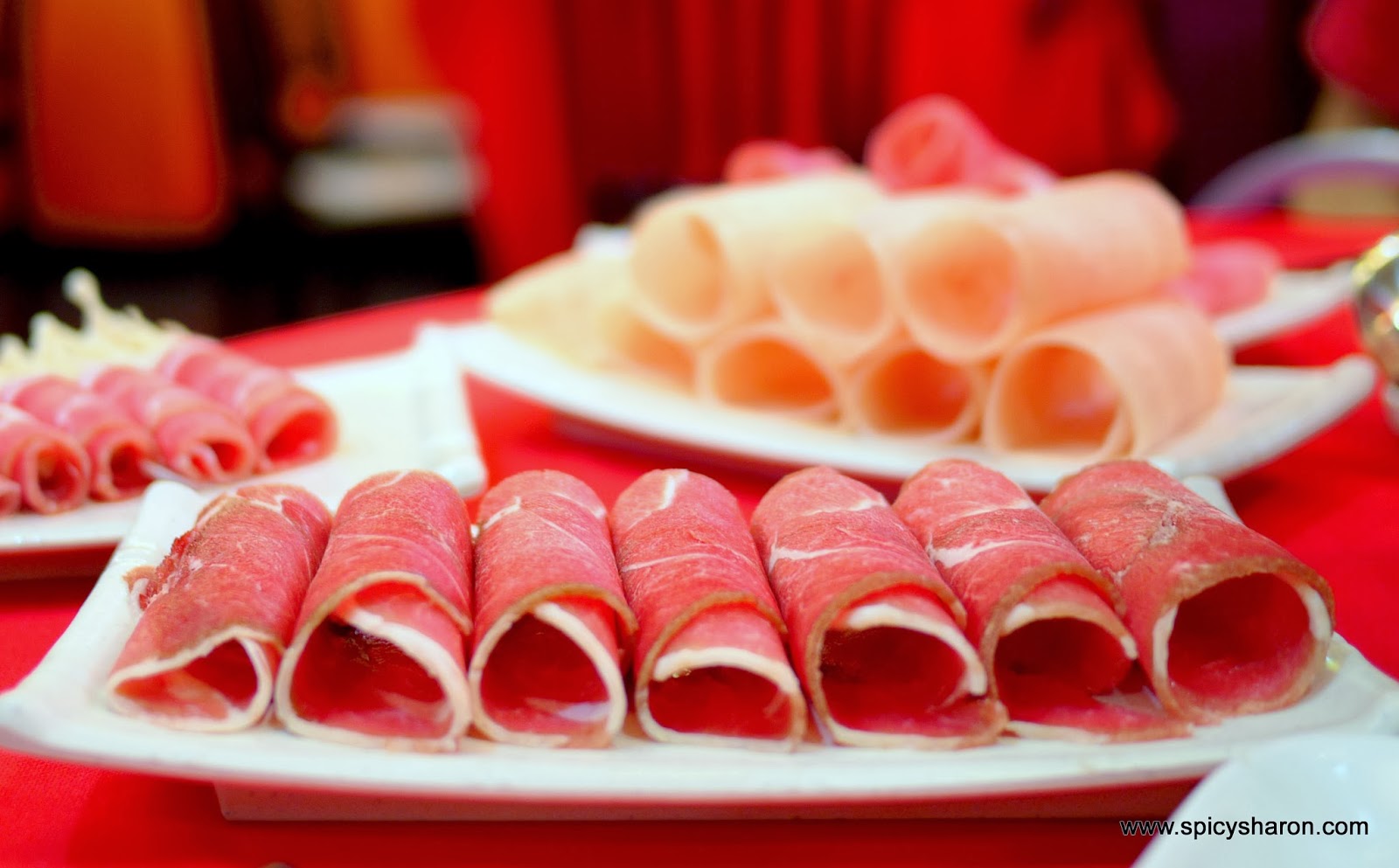 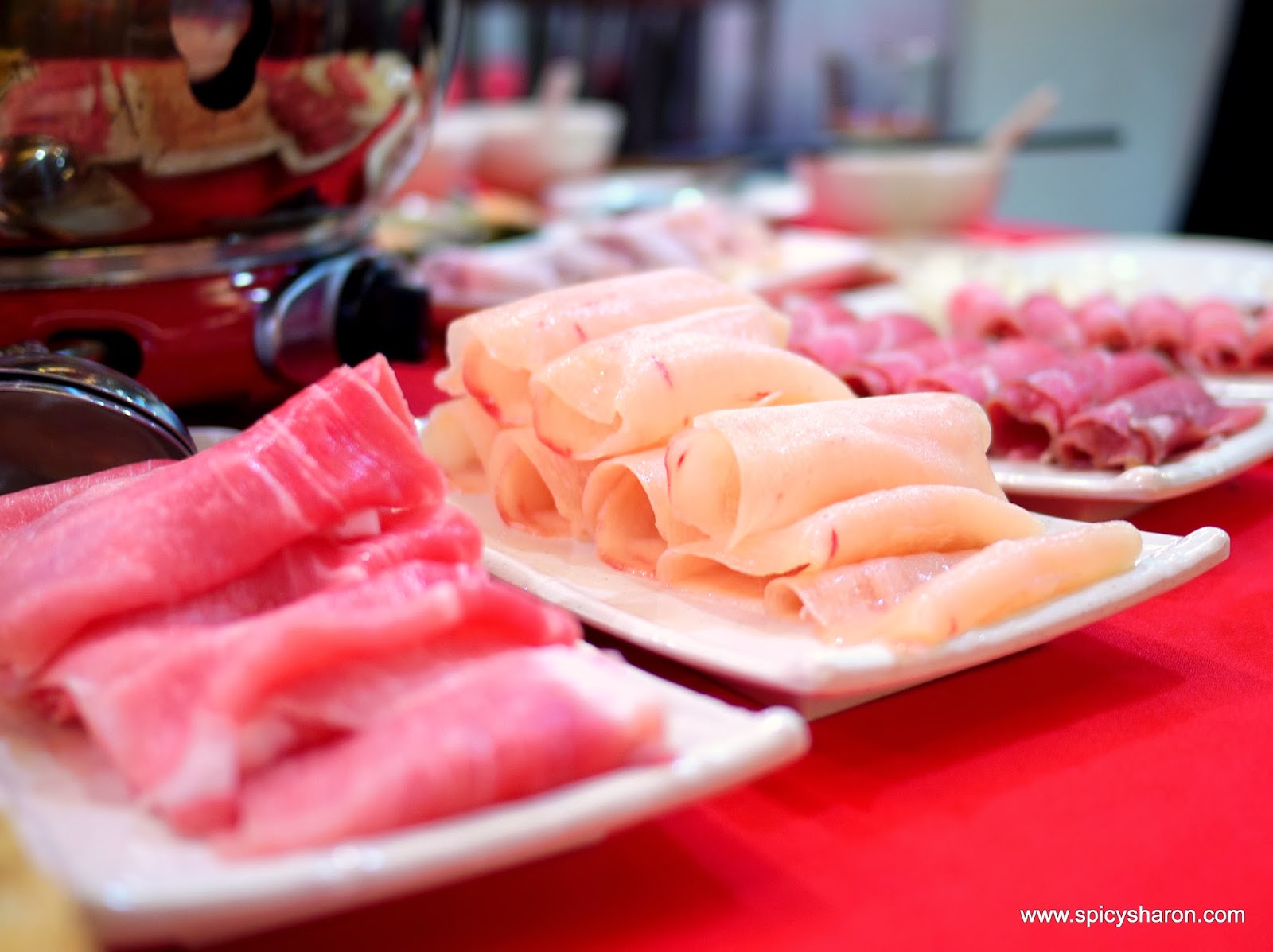 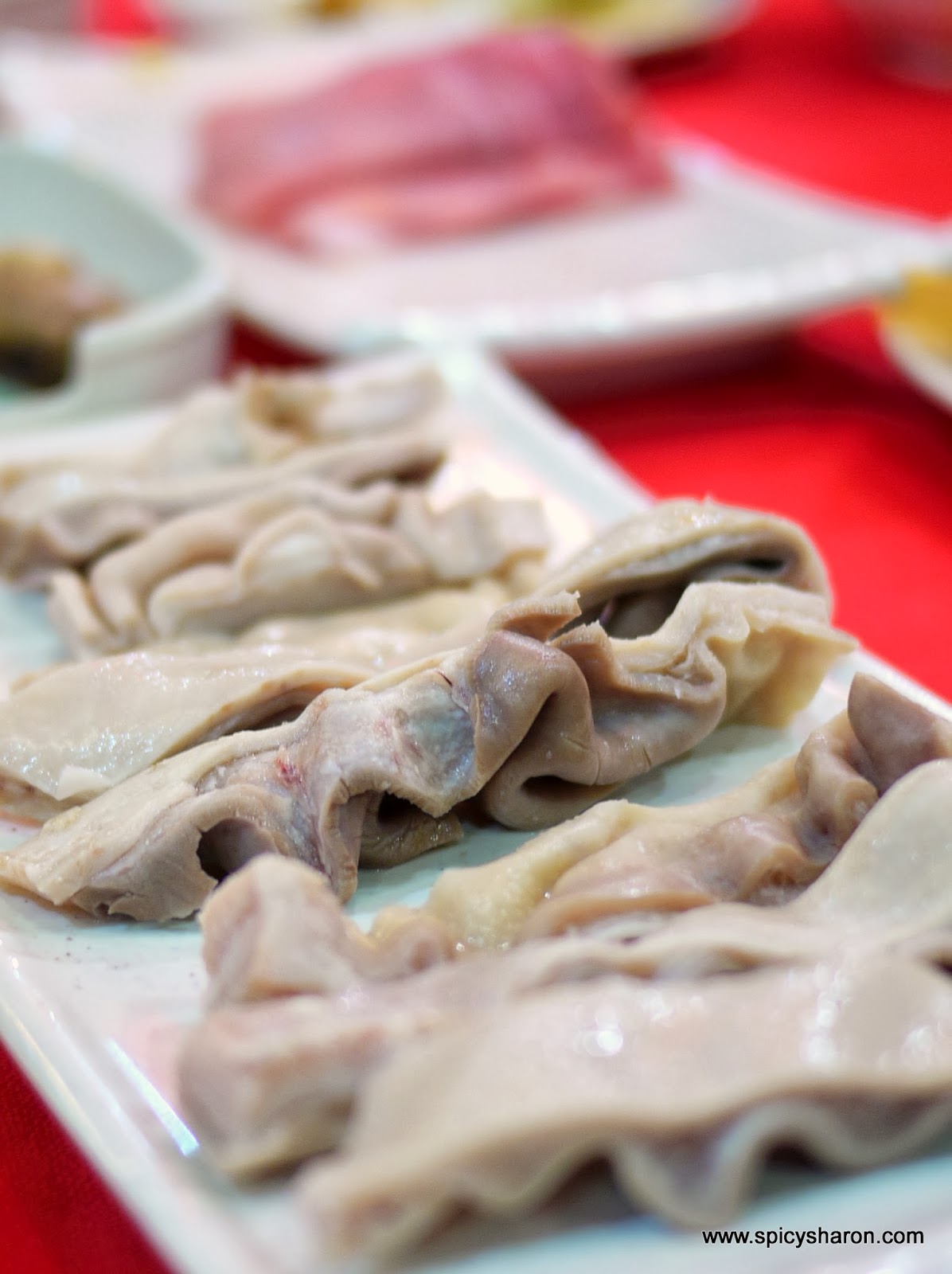 Homemade. 10 types of homemade steamboat goodies, including 4 specially concocted sauces. My pick amongst the lot would have to be the shrimp dumplings, those were seriously delicious – bouncy prawns and minced pork wrapped in wantan skin.
The needle mushroom rolled with pork slices were pretty good as well, and the chicken wine drumstick seemed like a pretty good deal. That said, I wouldn’t rush to order the pork balls and squid balls, those were seriously lacking in texture. 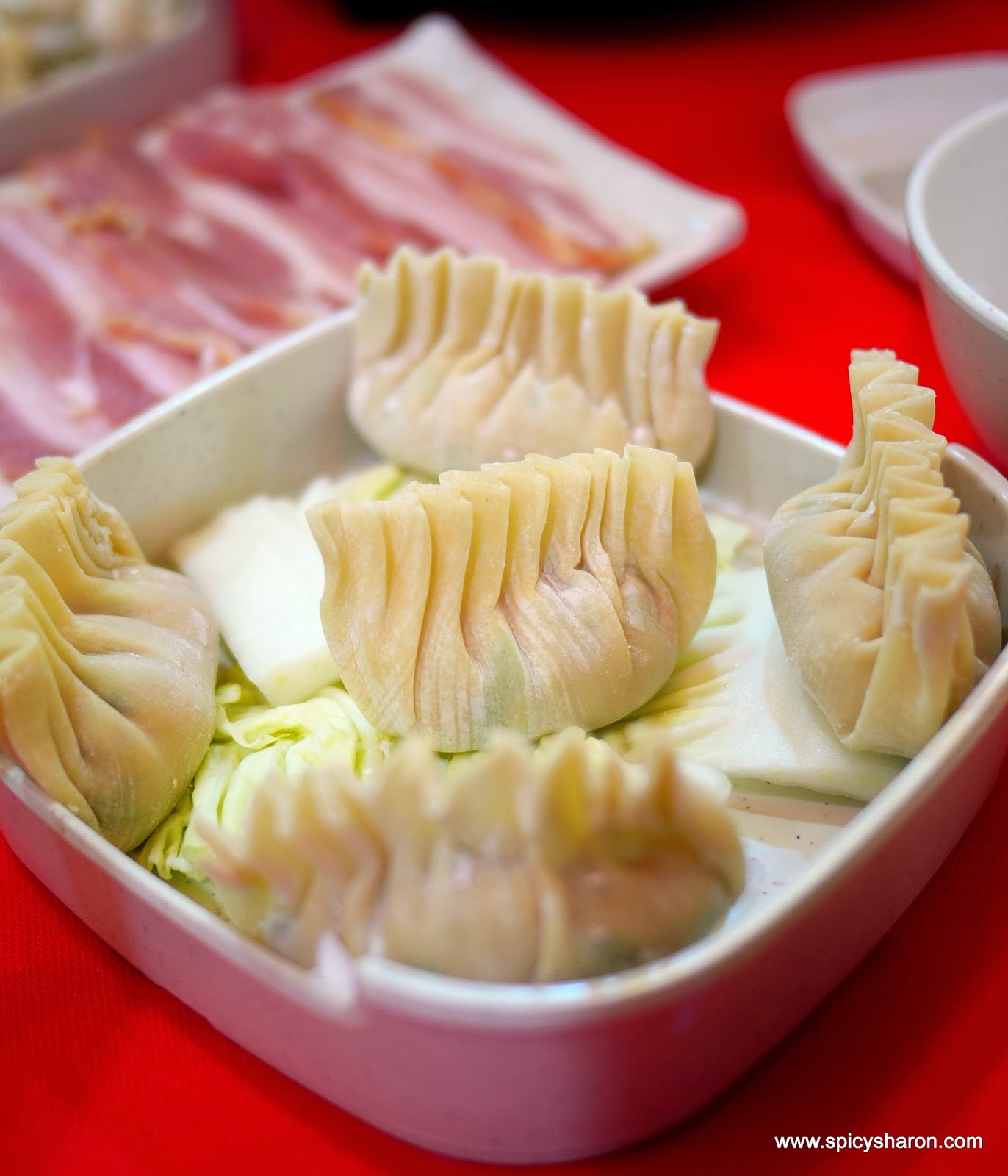 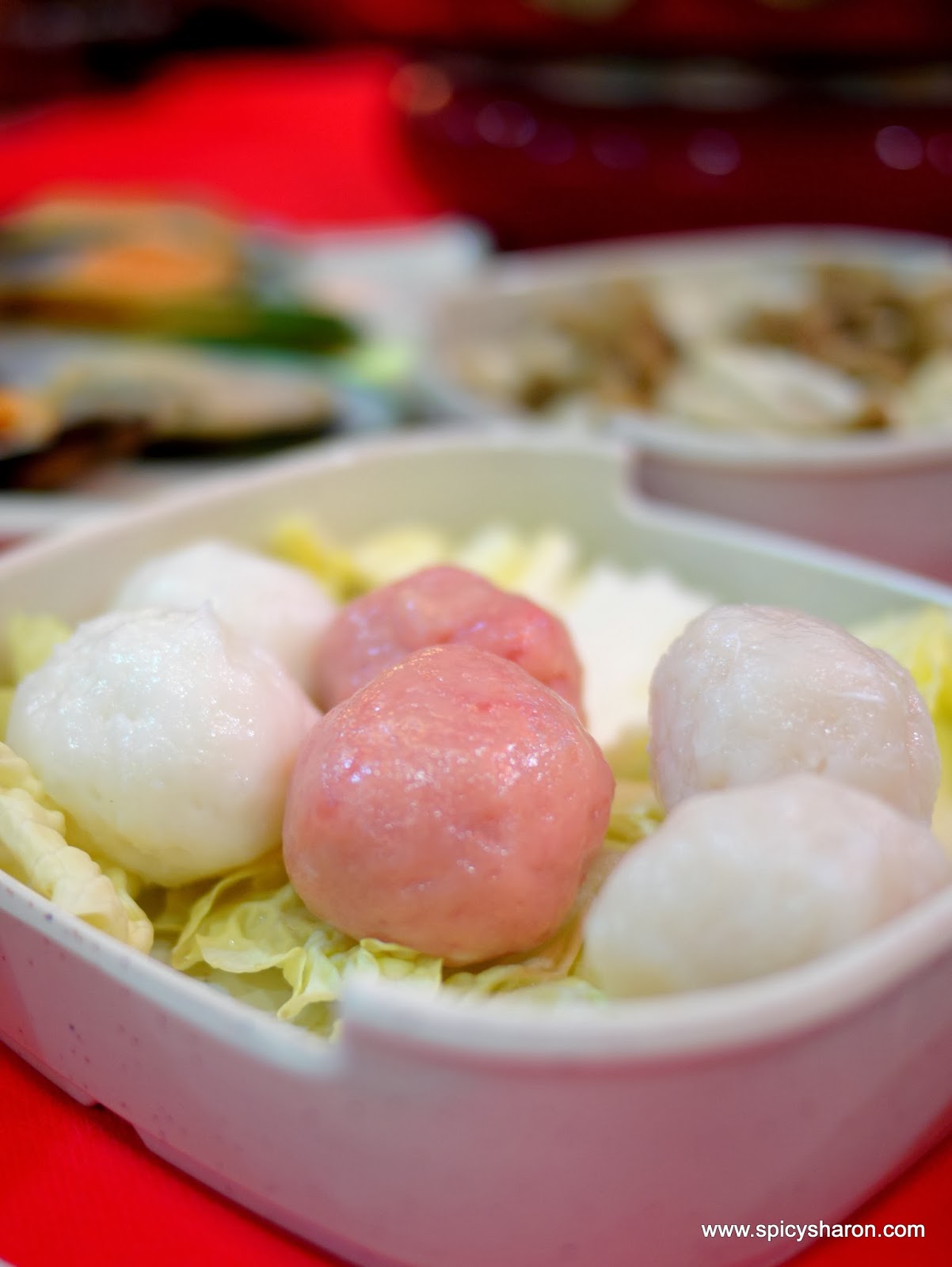 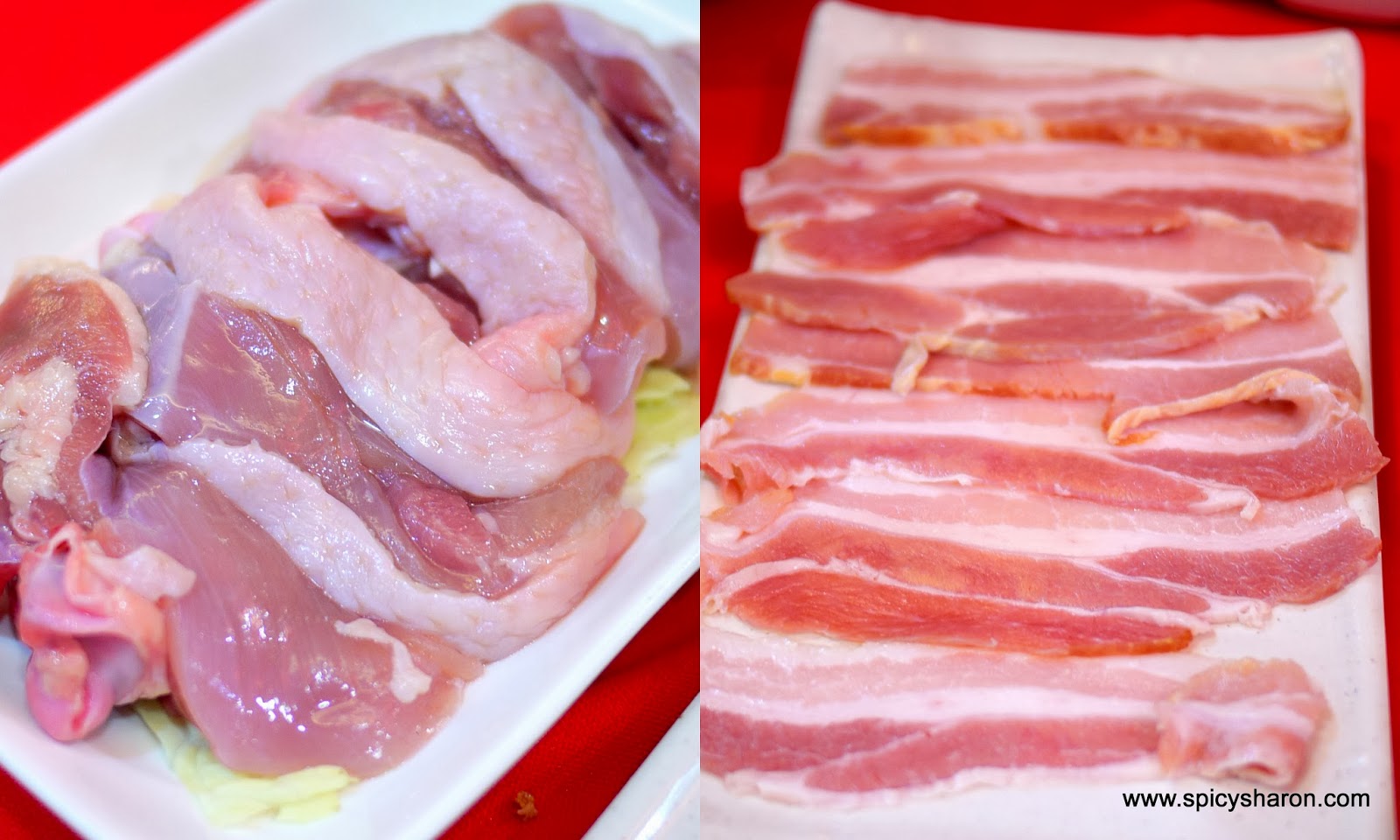 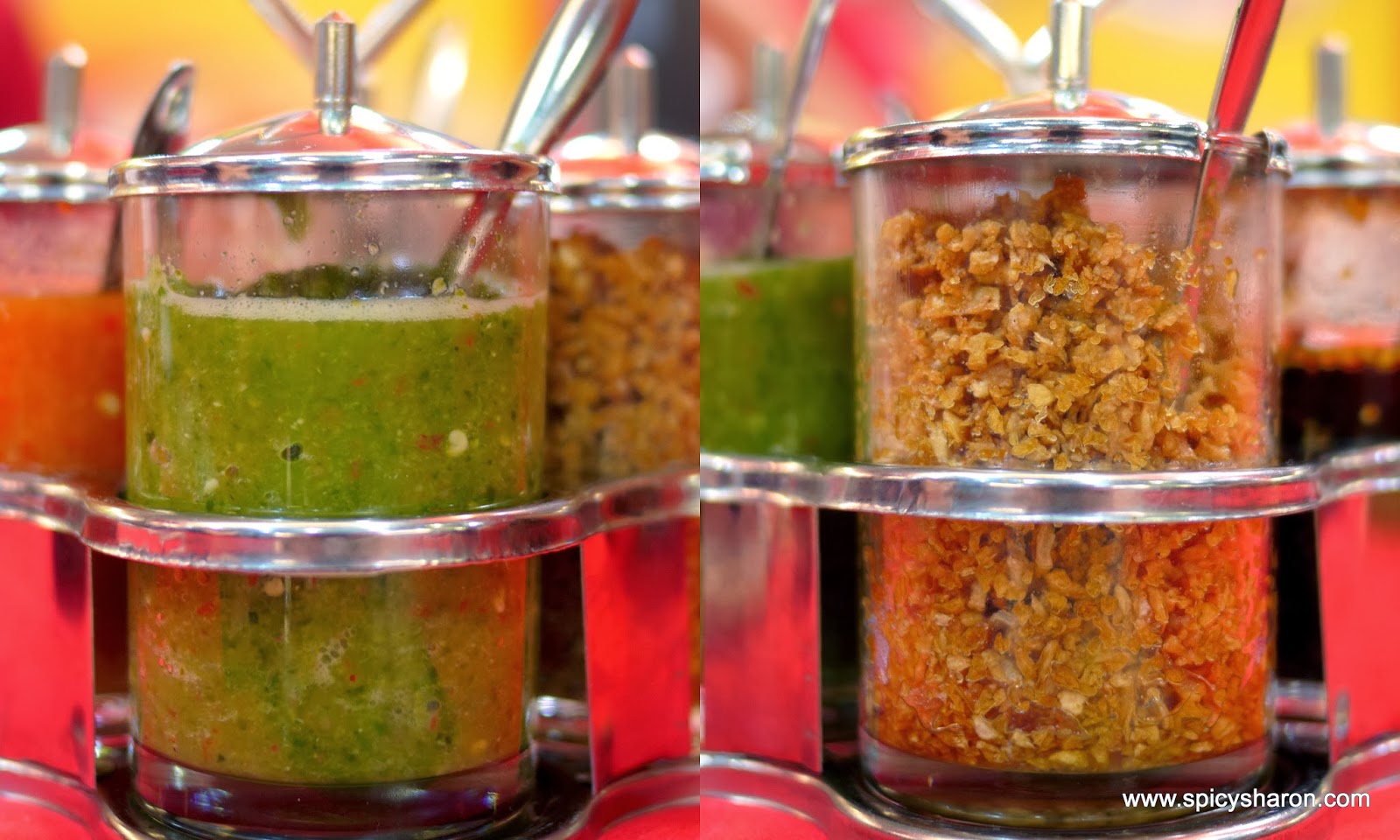 Seafood. A handful of fresh seafood in the menu, and how can you not love scallops? The ones I had were rather fresh – the prawns were bouncy and the mussels had a nice chewy texture. 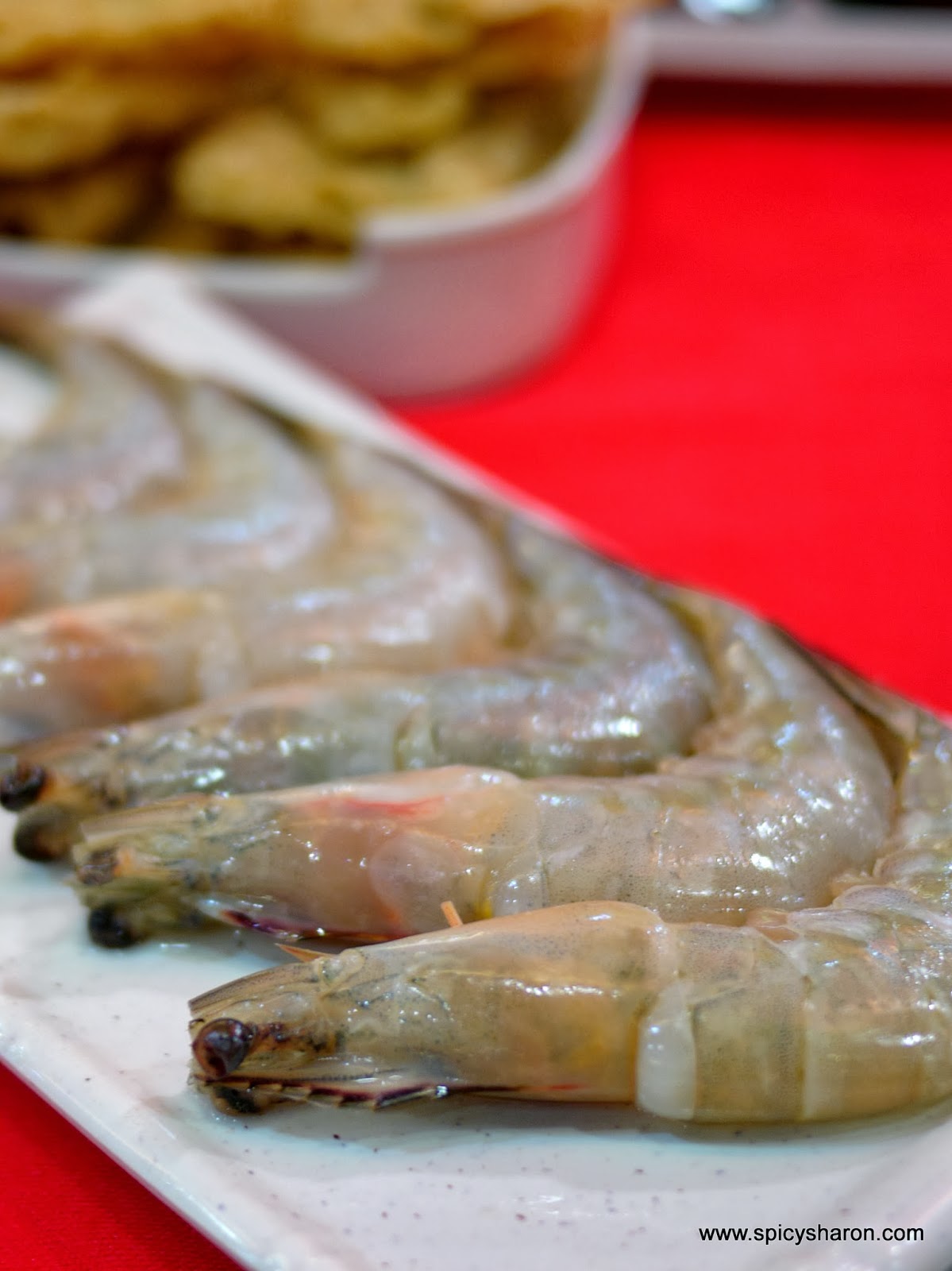 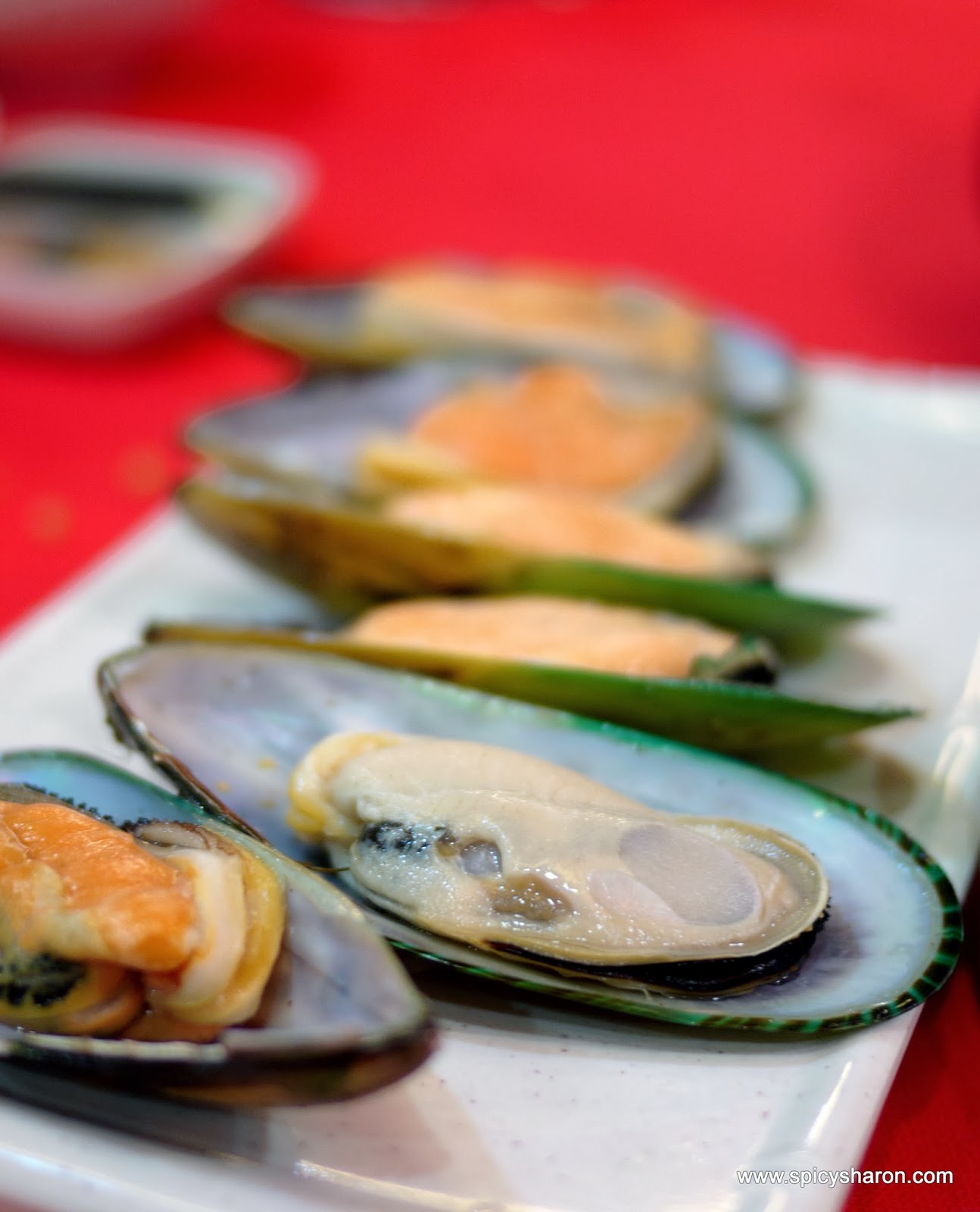 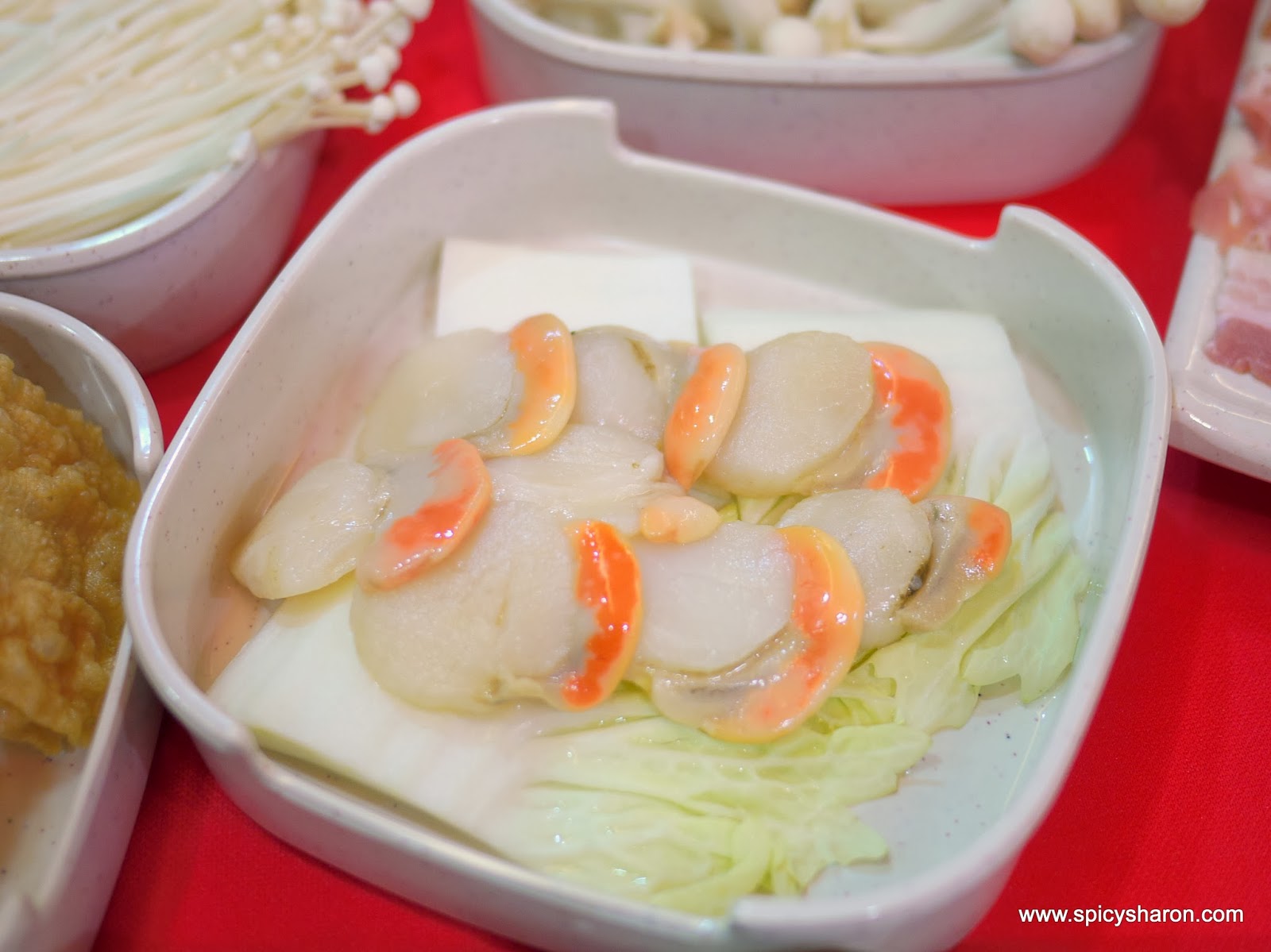 Steamboat Choices. There are some 19 other steamboat selections to choose from. Century eggs are definitely one of my personal favourites. 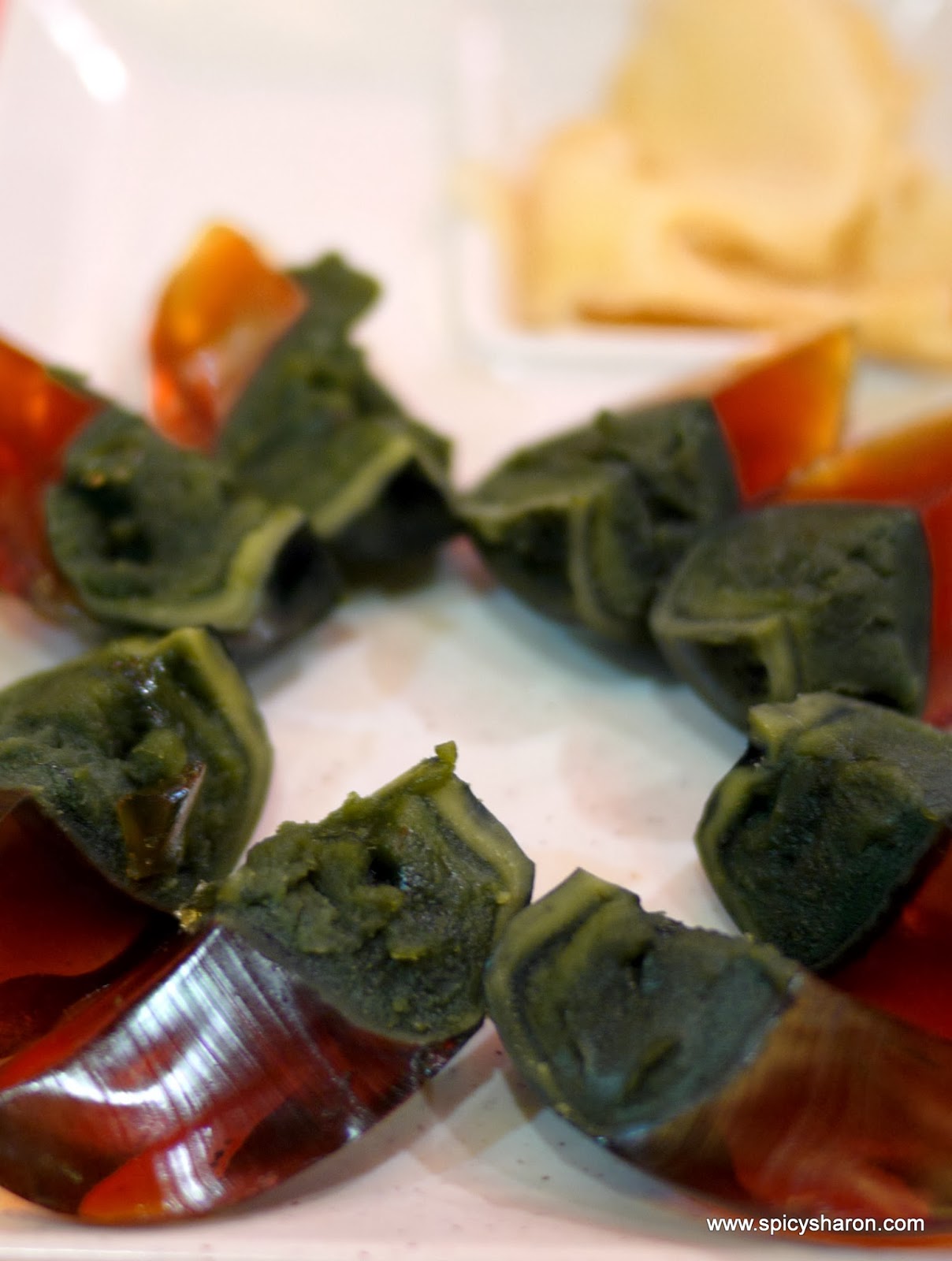 Mushrooms. I had a handful of Needle and Snow mushrooms also that evening. 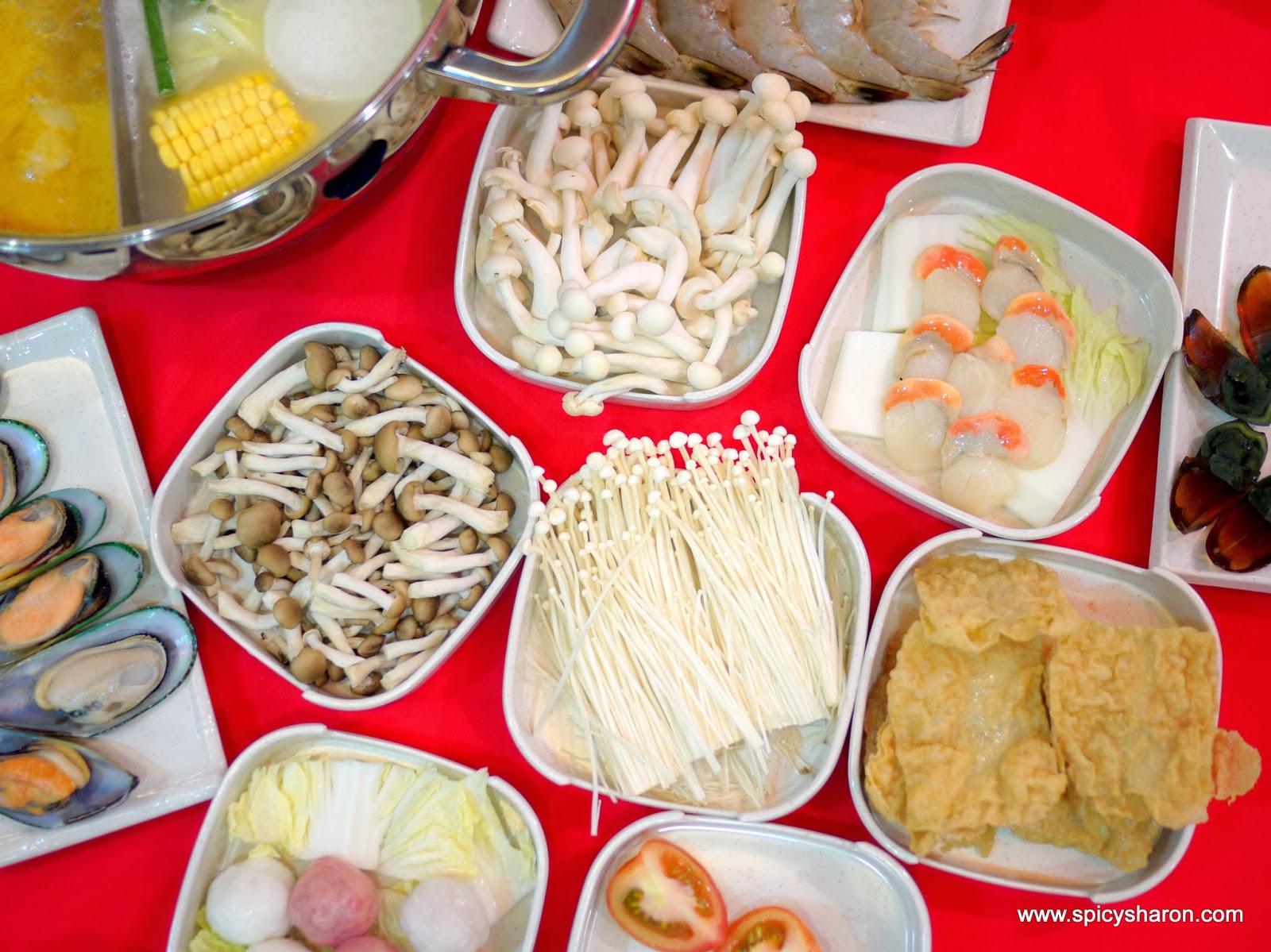 Vegetables. I learn something new that day – this leafy vegetable is called Tong Hou – and older crowd love this. How’d it tasted then? Despite dipping it in soup prior, it still had a certain distinct taste and smell to it. Somehow or rather it reminded me of my grandma’s dishes. I’m sure I’ve had it before – sometime ago, somewhere. 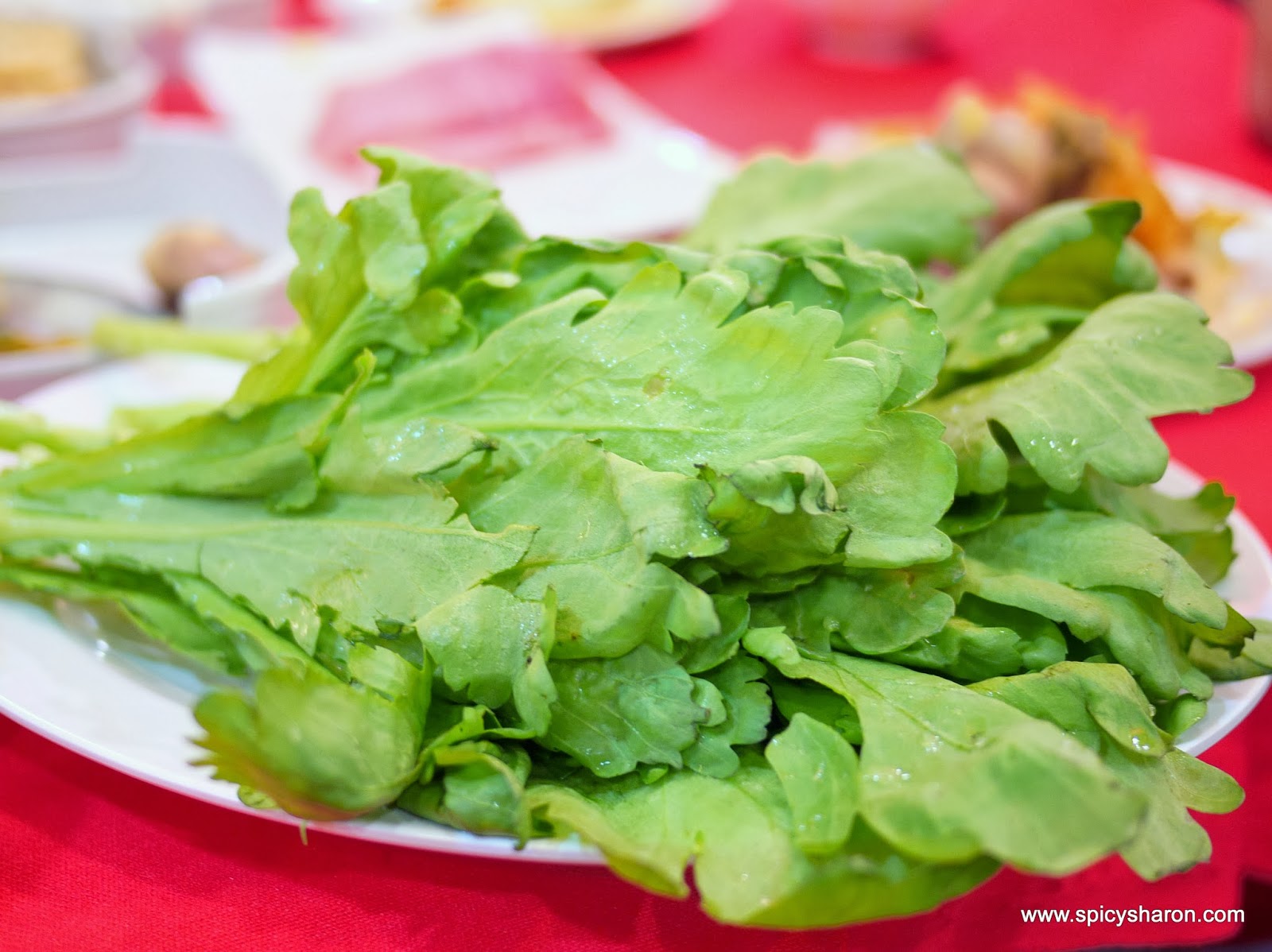 Appetizers. On the appetizers, I really wasn’t expecting much. I had a go at the chicken wings, and it surprised me – it was really quite good. Toothsome textures with a tinge of sweetness, deep fried to a golden brown colour. 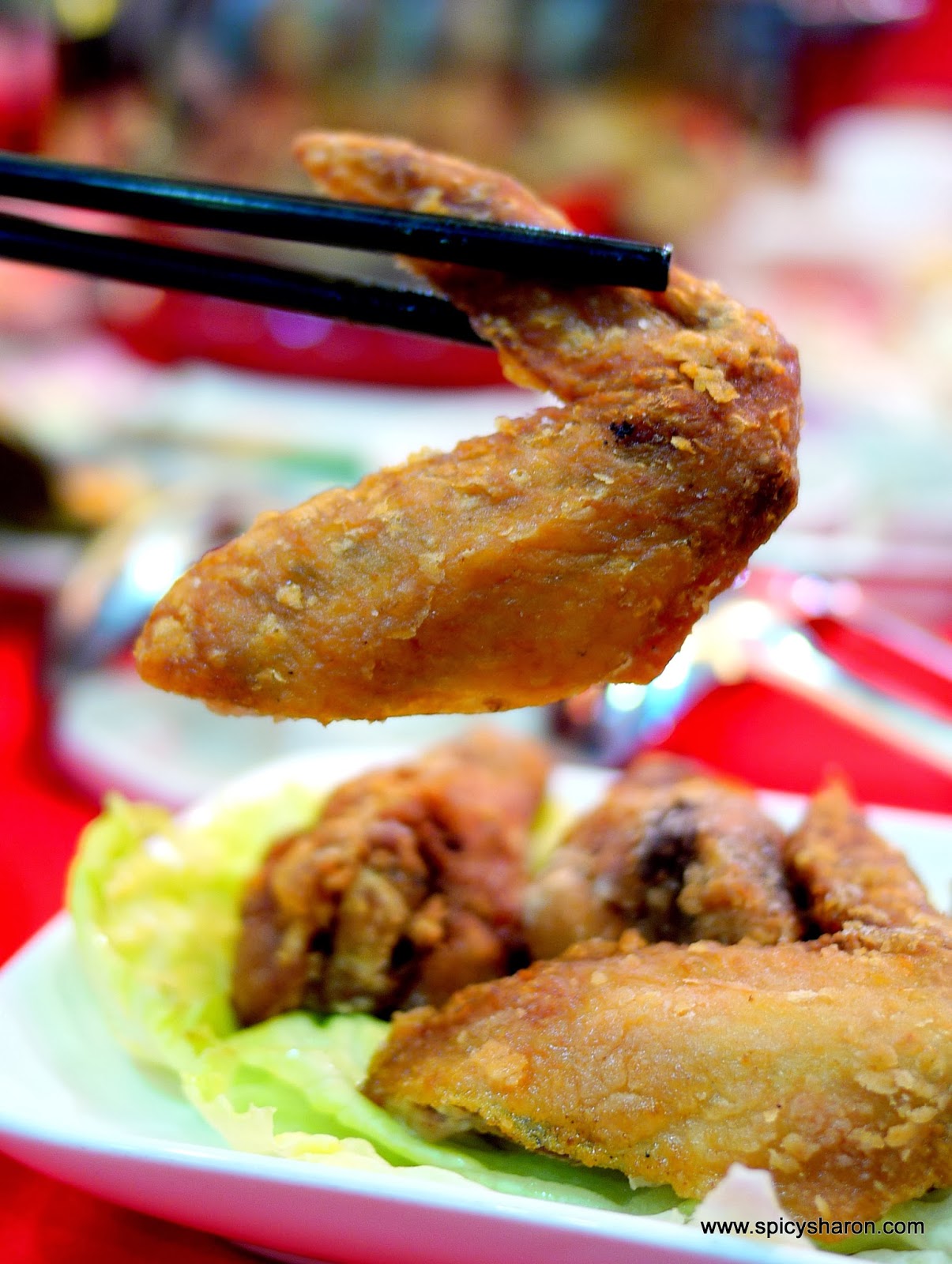 Herbal Tea. Rm8.50 (Jug for 10 glasses). The tea came a little too sweet, but what a refreshing treat to end a simmering hot meal. 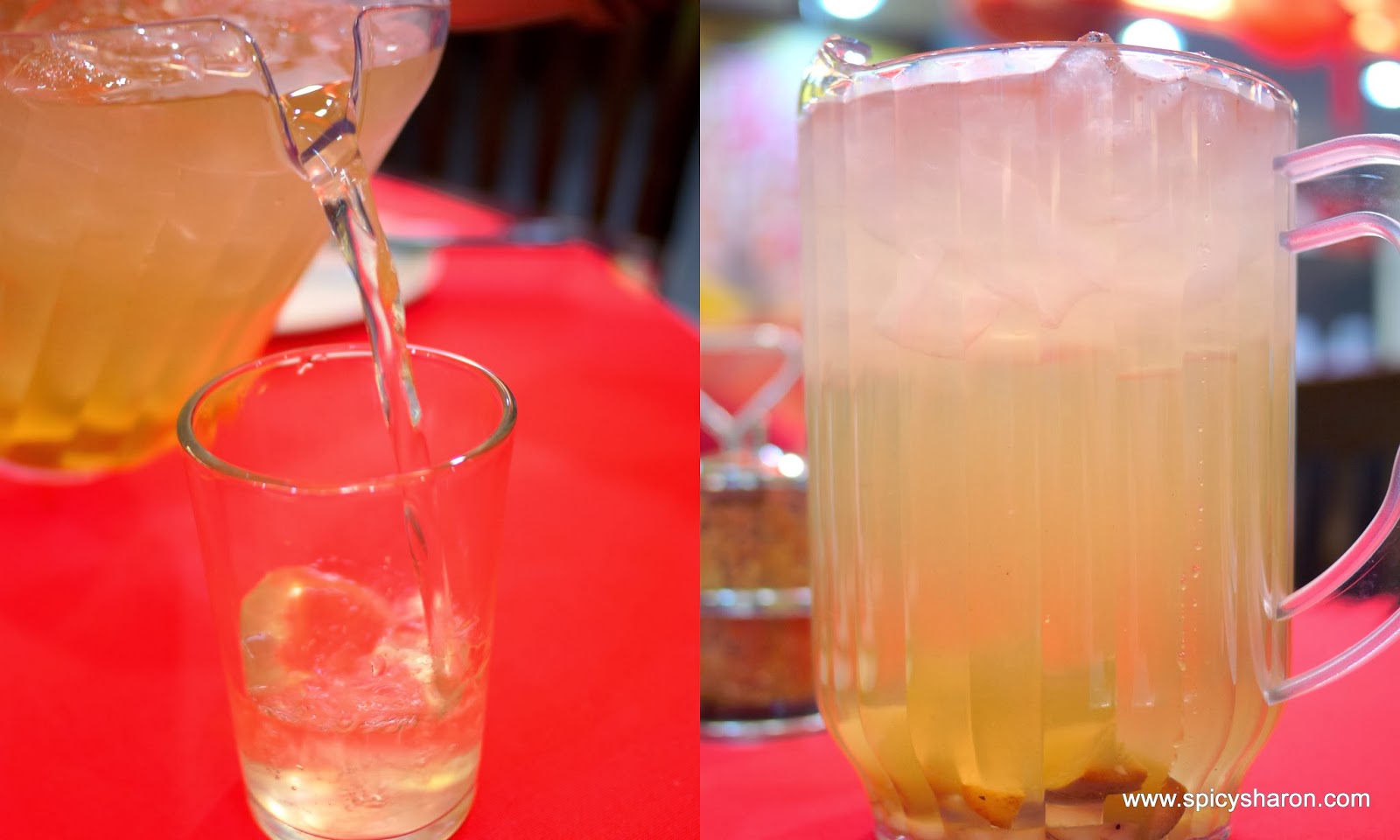 A sneak peak at what’s in store for you next! That’s right – Hong Kong Dim Sum! 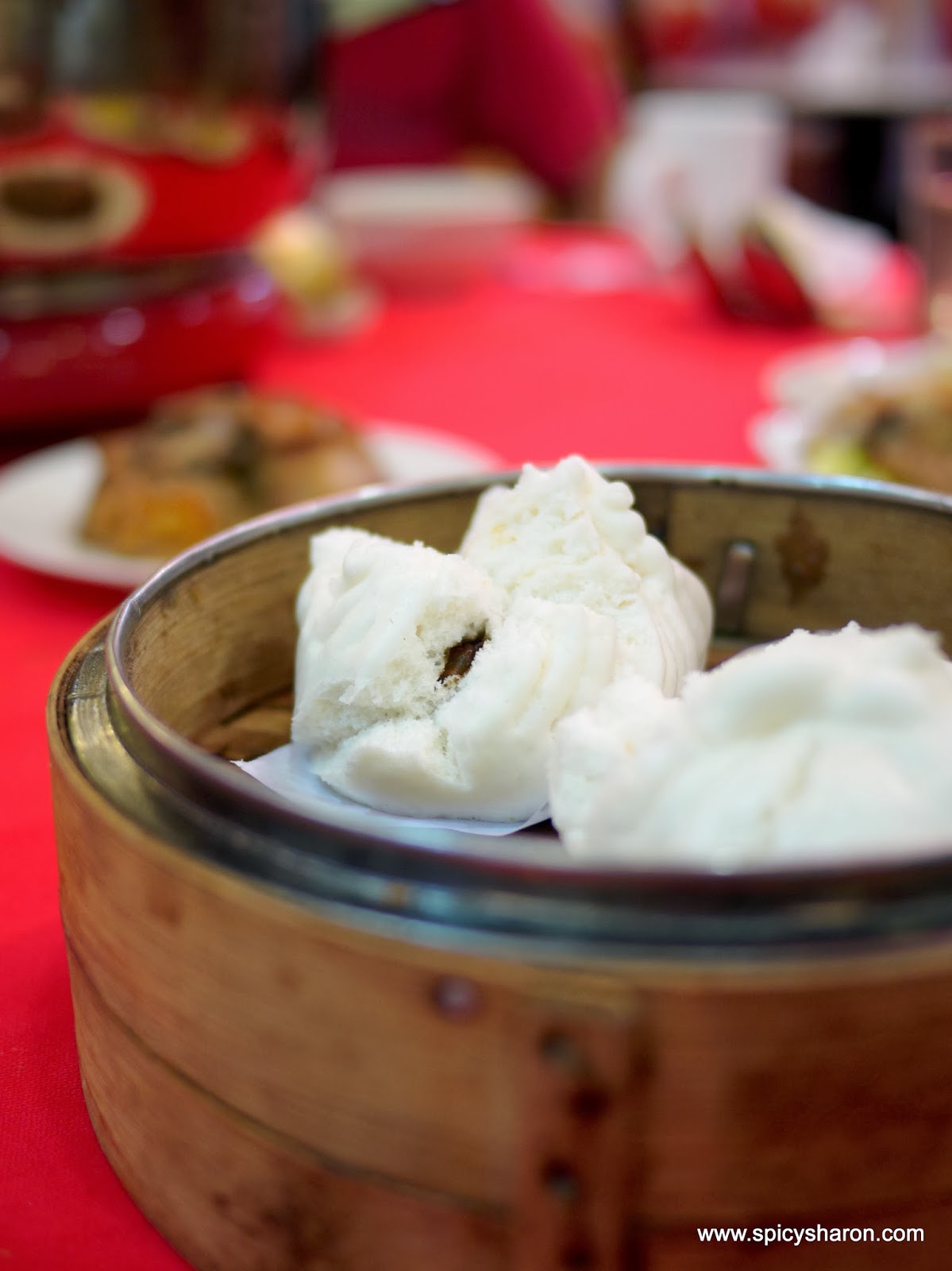 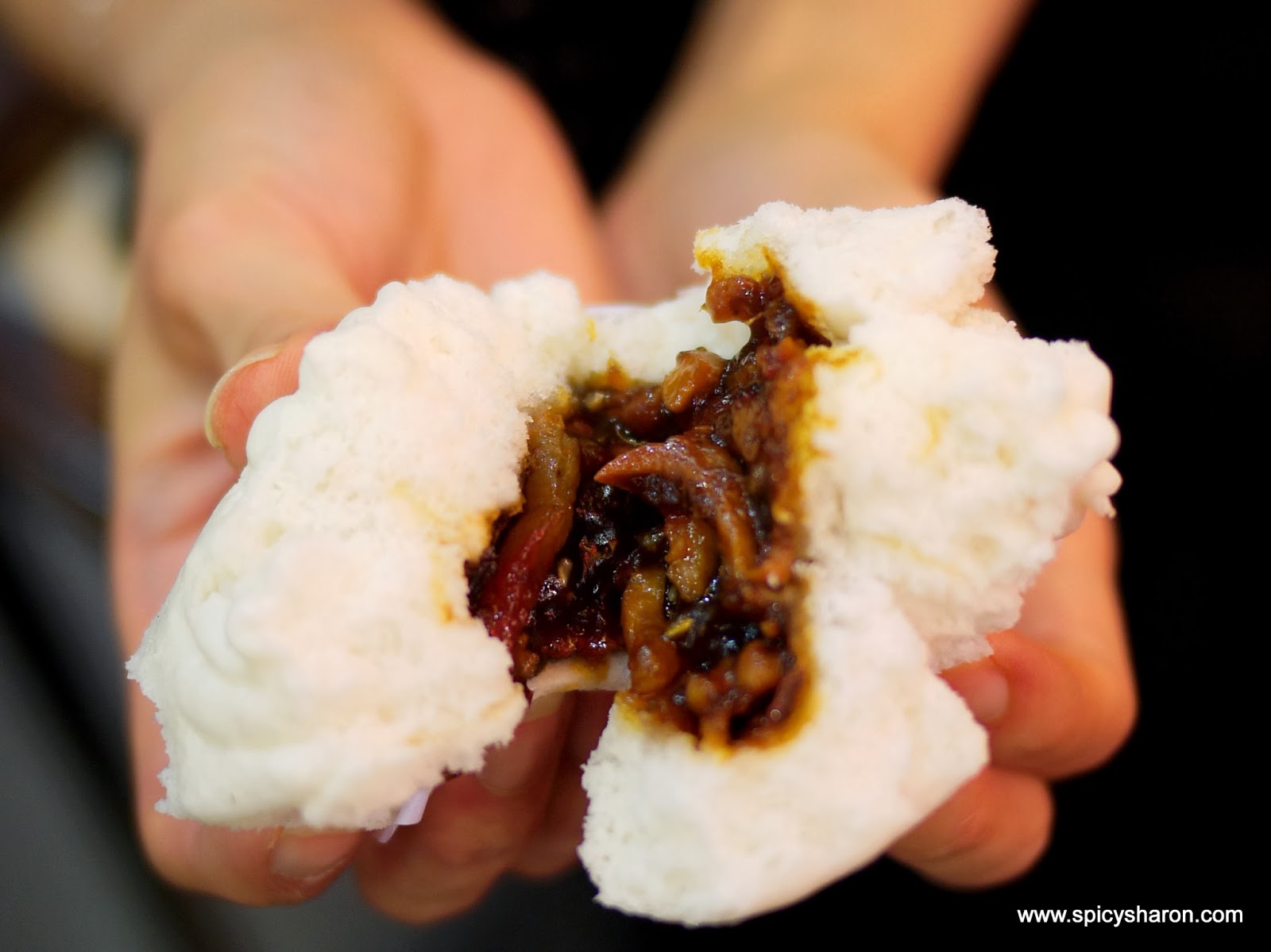 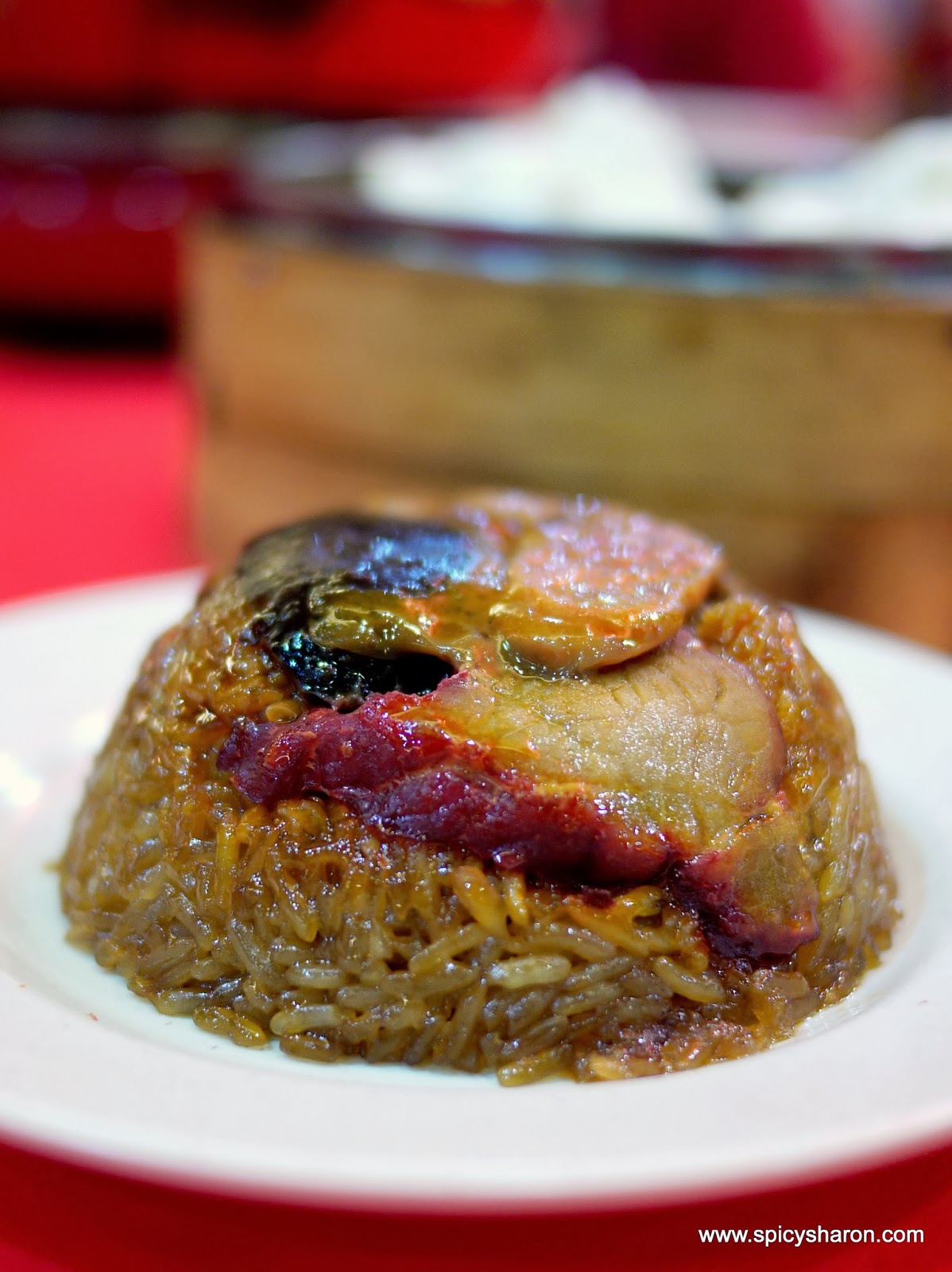 Overall Rating: ﻿6.5/10. The curry soup was a great idea and I had fun slurping the pork bone soup too. The highlight for me would be the shrimp dumplings – I reckon I could eat loads of those. Along with the pork rolled needle mushrooms and the fresh seafood offerings. The rest were rather standard and decently dished out.
What would I tweak? The homemade fishballs – those were a tad chewy. Also, it would also be great to see more set meals in the menu – a lunch set or an 3-6pm off peak deal perhaps, more fitted for the lunch crowd and college kids. It would great to have individual mini hot-pots too, but that seemed a little far fetched for now.
Notwithstanding, I heard that their dim sum is really good – be back with a review soon!
G-YiTang is located at:
48, Jln USJ 10/1B, USJ 10, Subang Jaya 47610 KL
03-8081 6488
Opening Hours 7.30am-11.00pm (Mon-Sun)

Chicken Up @ Subang Jaya KL – Up Or Down?