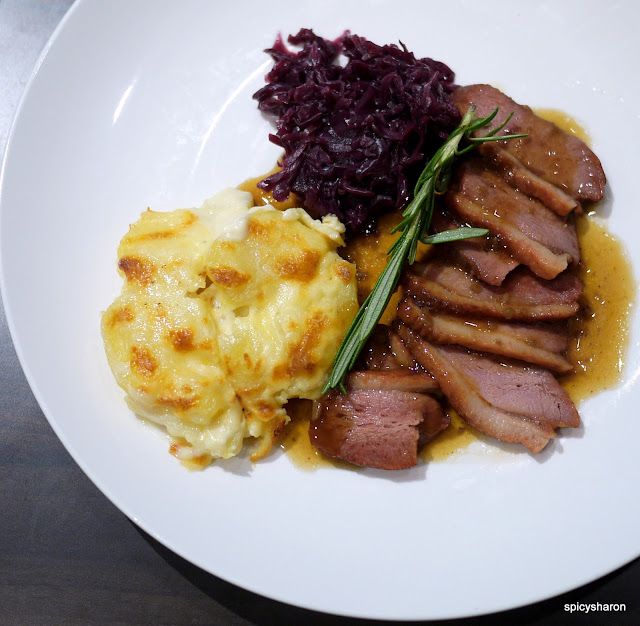 It has been awhile since I last paid Deli France a visit.

I used to frequent the Atria branch at Damansara Jaya quite a fair bit when I was little for ‘Reward meals’ for being good.

I vaguely recall the mushroom soup and the classic croissant being my all time favorite – it was that memorable.

When I think about Deli France, all I can comprehend is a variety of pastries and breads, croissants and the lots.

So, when I heard about Deli France’s new Hot Meal dining offering – Chef Classique de Creation they call it, I was extremely eager to sample.

I know I look sleep deprived hence, my eye bags didn’t look friendly at all….. 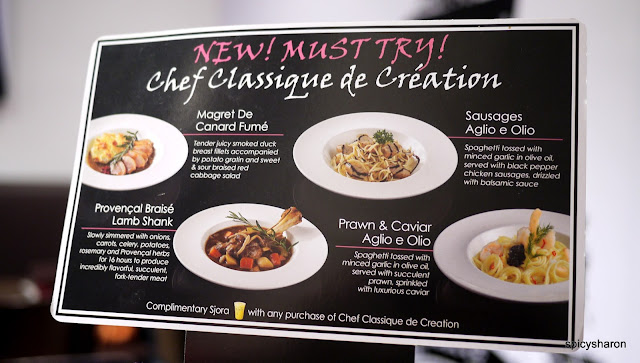 There is a range of new Hot Meal offerings but I only had 2 of the lots, simply because I can’t possibly stomach it all on my own. I should’ve went over to the next table and shared a Shank…. but shy lah.

Upon recommendation, I decided to opt for a main and also a serving of pasta. 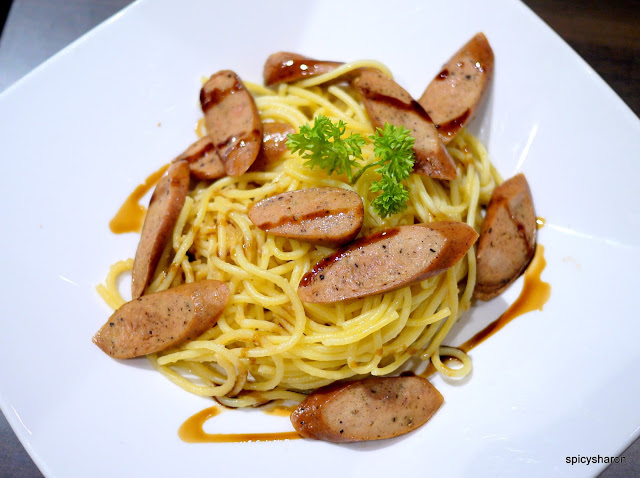 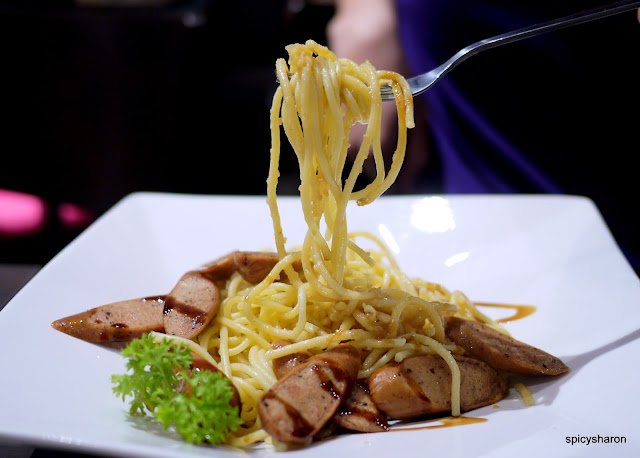 I shall start with the pasta dish first.

Tasty black pepper chicken sausages plated nicely on a serving of spaghetti – nothing exceptional about it, really. The main element that made it stand out for me was the use of garlic oil, which made the dish exceptionally fragrant and tasty though the spaghetti was slightly undercooked, I still enjoyed this dish overall. 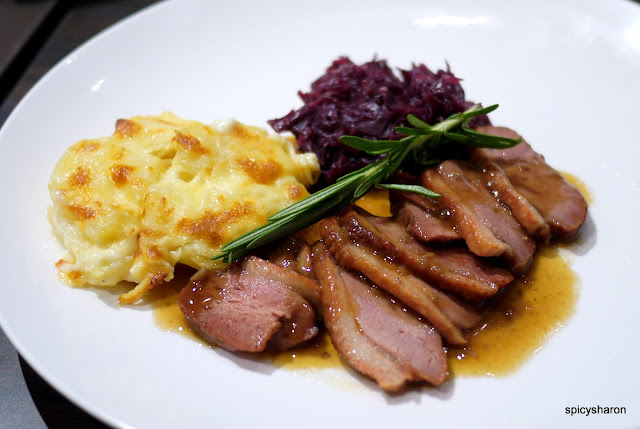 I was pleasantly surprised by how flavorful the duck fillets were.

Like most duck dishes plated this way, I was half expecting it to taste sweet – I was wrong. These succulent slices of duck breast fillets had a nice smokey flavor to it, followed by a tinge of sweet and salty aftertaste – I wanted more. I didn’t finish the sweet sour braised red cabbage though – which reminded me fondly of sauerkraut.

In conjunction with the Ramadhan festivity, Deli France is also offering a range of Buka Puasa delights. I gave Rendang a go. 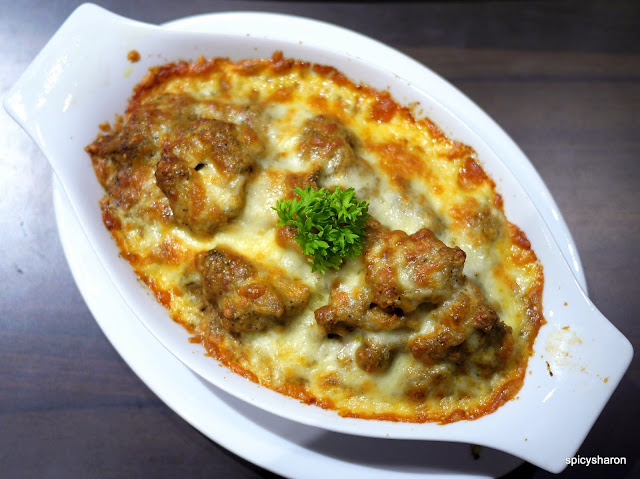 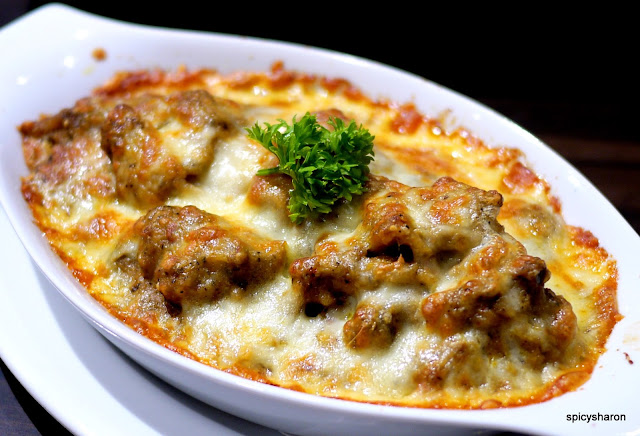 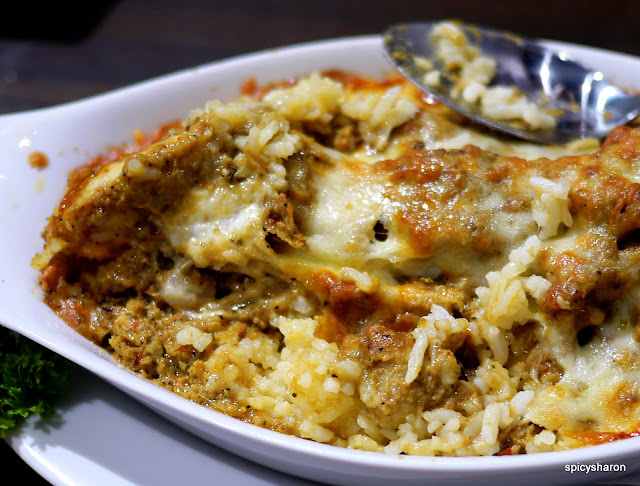 Take cooked rice, scoops of rendang and cheese then baked to a glistening brown perfection. I immediately lifted the gooey blanket of cheese and was enthralled by the aroma of fragrant rice and chunks of rendang – I dug in. I had a spoonful, a second, a third and maybe a few more, then I stopped. It took awhile for the after taste to kick in but the rendang tasted bland and a little sour.
Iced Cafe Mocha. Iced Latte. 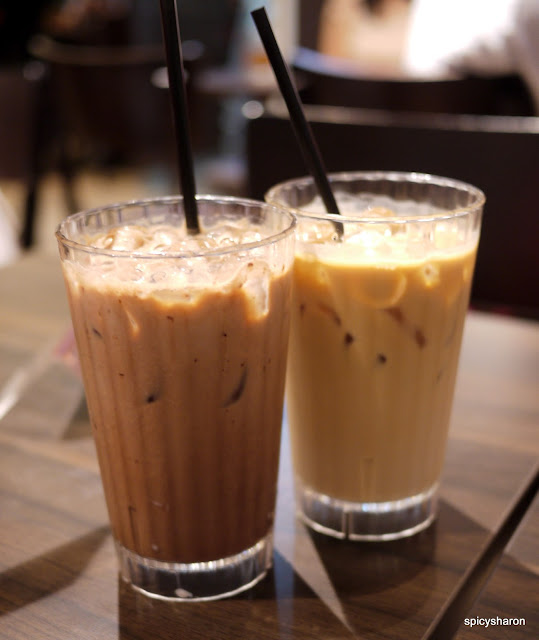 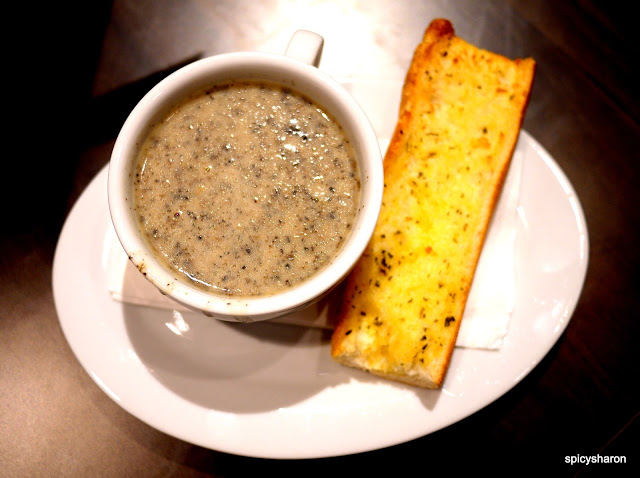 I have to tell you about their mushroom soup. Over the years and it hasn’t change one bit – thick, creamy and with generous mushroom bits – fabulous.

Overall Rating: 7/10. I’m still leaning towards Deli France’s signature French dishes and would probably pass on the Ramadhan ones.

Bocuse d’ Or, Malaysian Representative Wins a Place to Compete in the Culinary Olympics in France!